Whenever we look back on older games and reminiscence about the fun we used to have playing them we try to vary the type of game. One subgenre of games we have been neglecting is flying cartoon women who shoot and blow up a bunch of random crap and this is something we feel that we need to rectify. This may not be the biggest or most well known genre of games but it does have its place and following, plus some of these games can be fun. Okay, off the top of my head I can only think of one (two if you count the sequel) without going really far back in the 16-bit and earlier era, but the one I am familiar with is enjoyable and that game is Deathsmiles.

Deathsmiles was unleashed on the world in 2007 to Japanese arcades and didn’t make it stateside on Xbox 360 until 2010. Developed by Cave Interactive, Deathsmiles isn’t so much remembered for its elaborate story but more for the high-octane bullet hell gameplay. The gist of the story is some angels in witch-themed school girl attire end up in this magical realm of Gilverado and need to destroy an endless onslaught of demons. The story isn’t that important in arcade shoot ’em ups as long as the gameplay is fun and fortunately Deathsmiles delivers on the fun.

Given that it originated in the arcades it should be no surprise that the gameplay of Deathsmiles was a modern take on the classic arcade shoot ’em ups like R-Type and Gradius, complete with gigantic and terrifying boss monsters and the added ability to shoot right and left. The main difference was instead of controlling a spaceship fighting aliens the player is a winged girl taking on demons with assistance from their own demonic familiar. The term bullet hell is an apt description as the screen can get so flooded with bullets it can be difficult to find a space spot to hide, especially on the more challenging difficulty settings. 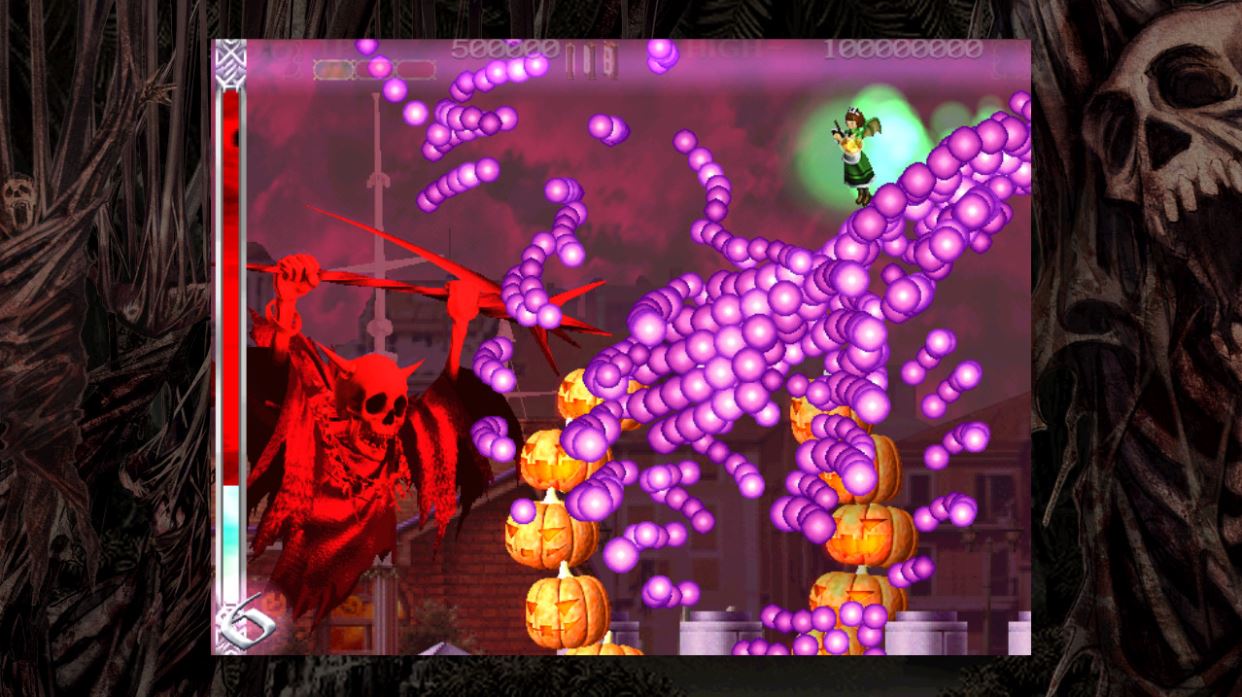 The aesthetic is the biggest different between Deathsmiles and classic spaceship shooters, and the art style is one of the more memorable elements. The gothic and occult influences create a dark fantasy world, filled with imaginative and horrific creature designs. The varied environments also help contribute to the overall tone of horror fantasy, traveling through such places as cemeteries, forests and volcanic locations. The enemies range from grim reapers, cyclopes to bears dressed in chef’s attire, with boss battles where the screen is buried beneath the giant foe and all their projectiles. The art direction across the creatures makes Deathsmiles as visually impressive as it is fun to play.

To go with the interesting art direction comes an impressive soundtrack composed by Manabu Namiki. Namiki might not be a household name but does have an impressive resume. Most of his work is naturally in Japanese video games but was involved in several Bleach titles along with Metal Slug 6 and the WiiWare Rebirth titles of Castlevania, Contra and Gradius. The soundtrack is memorable, and back when Xbox 360 games were easy to find in stores, there was a collector’s edition of Deathsmiles that included a CD soundtrack along with a faceplate for the original model Xbox 360.

Deathsmiles is a relatively short game that can be blasted through in about an hour but they added some variations to make replay more interesting. There’s the standard mode that’s the simple port of the 2007 arcade game. The console version added an arrange mode that allows the player to use a thumbstick to independently control the familiar and the Xbox 360 mode that enhances the graphics. Adding Mega Black Label to each of those modes adds Sakura as a fifth playable character and the ridiculously hard level 999 difficulty. Each of the characters adds some slight variation to the experience but nothing too drastic. 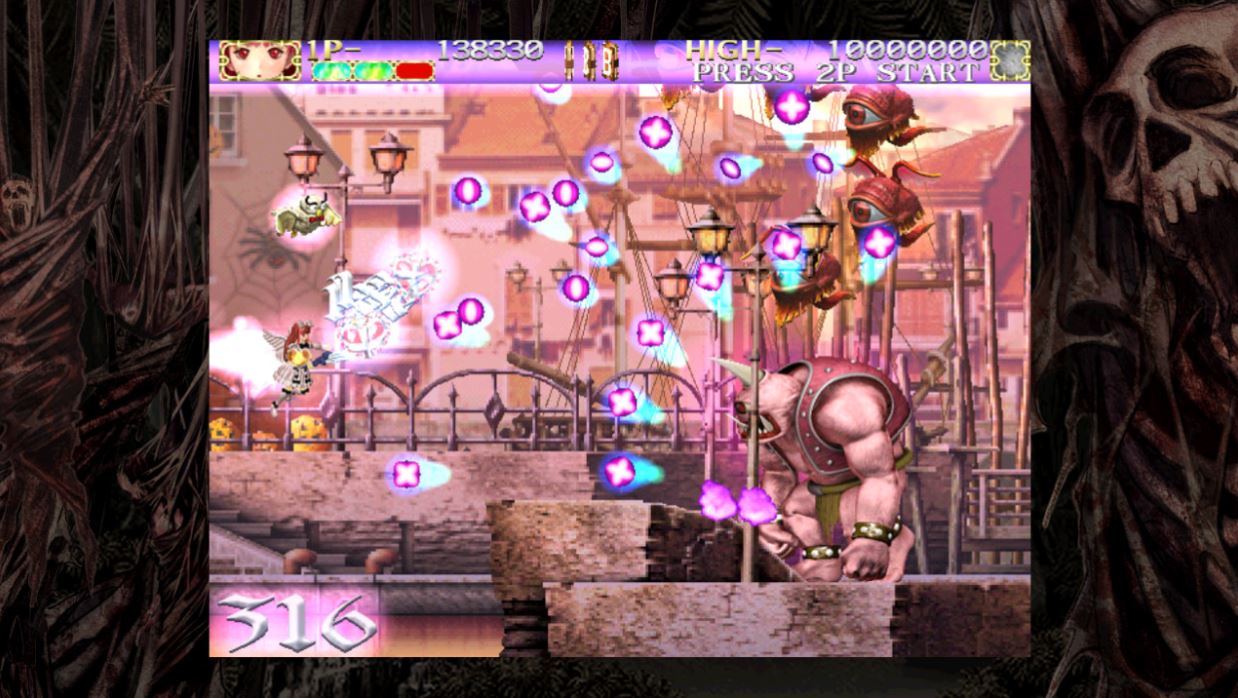 Deathsmiles isn’t triple A material or a huge mainstream success but it’s well worth playing. Cave knows how to make modern side scrolling shooters and Deathsmiles is one of the more interesting ones. The two player co-op mode is naturally the best way to enjoy this title, but it’s still a good way to kill an hour even by yourself. Japan did get a sequel in 2009 and while it’ll never get localized for America, the original Japanese version of Deathsmiles II became available for download in the US on Xbox 360.