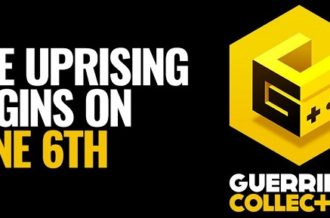 It looks like the enormous hole left by E3’s absence this year, has just about been filled up. With many a livestream and collaborative effort having already been announced to take place at several points next month, what can it hurt to add one more presentation to the growing list? New Game+ Expo, as it’s called, is a collaborative effort of 14 different developers and publishers based in both North America and Japan.

Notable big names like Sega will be sharing the virtual stage alongside the likes of SNK, Spike Chunsoft, WayForward and Koei Tecmo. Acttil, AKSYS Games, Arc System Works, GungHo, Idea Factory, Init Creates, Natsume, NIS America and Playism complete the roster. The expo promises new video game announcements as well some live gameplay demonstrations to follow, with a planned schedule of everything planned to follow in due course. Here’s hoping we also get some release dates from a fair few of these names, for upcoming games planned for release later in the year. New Game+ Expo is planned for broadcast on June 23 starting at 8am Pacific Time.