The Kandagawa Jet Girls anime was designed as a multimedia projects – and now XSEED has announced a video game based on the series for the PS4 and PC. The game will feature jet racing action and rapid-fire shootouts, with a physical version selling on the PlayStation 4 in the form of a Racing Hearts edition. This includes the game, a two-disc CD soundtrack, and a 60 page artbook with a special box and cover art designed by Hanaharu Naruko. 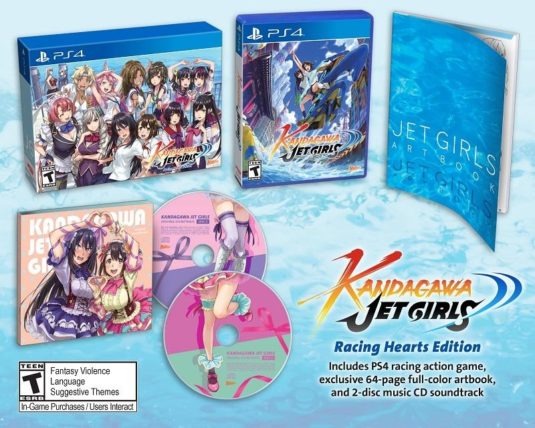 The game will feature action-based racing and will allow for some fine-tuning of their jet machine’s engines to figure out their preferred loadout. Beyond the roster of the show, there will also be DLC featuring the roster of Senran Kagura, with Asuka and Yumi joining the fray first as post-launch DLC. Beyond the Racing Hearts edition, there will also be digital versions on PC and the PS4 for $49.99. There isn’t much shown of the core game so far – although the official site offers a few glimpses of gameplay and story. With the game’s premise coming from an already-unique anime, it will definitely stand out when it’s released this summer.