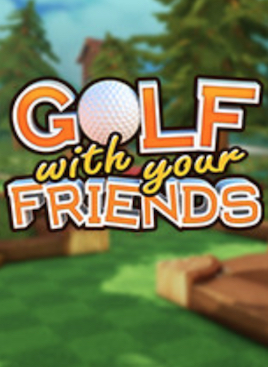 Golf With Your Friends

Of any sport adapted into video games, golf has seen a more-than-fair, but welcome, share of iterations. Ones that are orientated towards both its “realistic” simulation aspects — its simpler condensing-down of controls in mini-golf form — and the kind of games that work off that concept to create something entirely original and interesting. From 100ft Robot Golf to Golf Story, to What the Golf and even EA’s former PGA Tour series, outside of racing, golf has demonstrated there’s plenty of flexibility and thus opportunity for the sport to shine. Sometimes in ways that can meld two competing genres — concepts we might not have expected. Mini-golf’s initial, potential weirdness in its get-up might seem like an easy pitch to make, but through all the creativity in course design and obstacles to overcome along the way, it still needs to be fun to play and to convince us that its challenge, its mastery of physics and trajectory, are built to be mastered.

It’s clear to see Blacklight Interactive have gone about Golf With Your Friends with as broad a brush and an eagerness to be as structurally-imaginative the very concept of mini-golf can be stretched unto. In what is as family-friendly and all-ages appeasing its bright colors and far-flung, environmental themes will allow. There are glimpses of intrigue that manage to push past the surface-level strangeness. Course designs on show finding ways to factor in zero-gravity, temporary power-ups and even water (of all things) into how one eventually finds their way to the end. Some are less strategic and play more into the novelty of mini-golf itself, but for the most part it’s evident Blacklight had fun in brain-storming the many ideas that comprise Golf With Your Friends. Shame then that that joy seldom translates across to those actually playing — manifesting instead as one that’s frustrating, horribly unpolished and whose jolly imagination ends up badly mistranslated. The irony being that for a game as cheery and saturated as this, when it comes to execution, it’s an utterly drab effort.

To avoid mincing one’s words, Golf With Your Friends [still] looks and feels like an Early Access, under-construction project. From the bland menus, to the stock-image button prompts, to the vibe that this would sit right at home in anybody’s two decade-younger self’s computer — next to Space Cadet and Solitaire probably — little feels contemporary or at least like it’s anything other than groundwork for something else. Bad enough that the single-player effort feels retrofitted to its multiplayer components or that its offer of other modes alongside don’t radically alter the mechanics or objective in place. To the point you have to go about saving rule presets each and every time you hop into a match, rather than having the game automatically save select desired attributes. But it’s only once you go about playing a round of mini-golf, that the problems start to stack up against the game. So obsessed with the craziness of its design, Blacklight completely ignore the appeal in wanting to progress on. 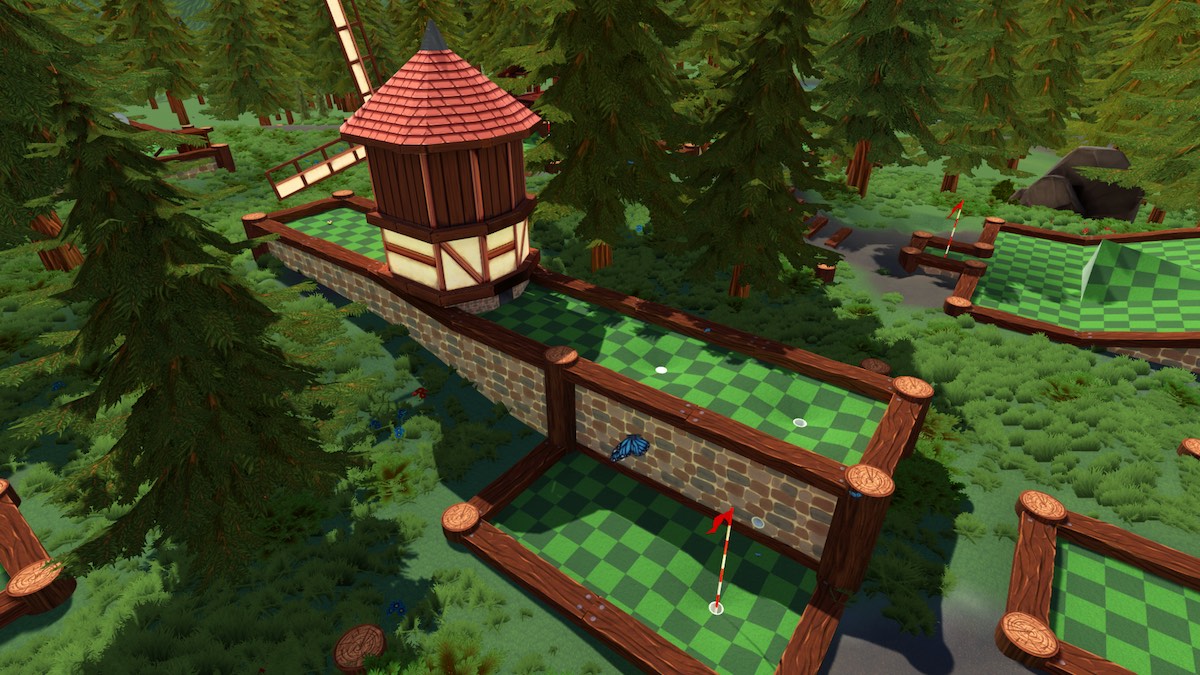 One of the most crippling oversights here is the lack of any definable difficulty curve or sense of progression with its challenge. Even if the back-nine holes do generally increase in scale or mere length, there’s a shocking lack of trying to get players accustomed or easing into the controls. Be it to increase their confidence, to get them to try increasingly-troublesome obstacles; the game offers none of this — its holes entirely random and senseless in their placement. Hard as it is to find any degree of incline or lessons being learned present. But narrowing even further in on the design and layout of these holes continues to throw up frustrations. For one, there’s a far-too-frequent instance of frustration for frustration’s sake. Such is the unjustified time you’ll spend on these courses, it isn’t long before even the music accompanying begins to grate. Music that, once again in its attempt to aim for that all-ages appeasement, barely registers as anything remarkable.

And yet, in a game with a complete lack of margin for error — where the difference between too soft or too hard a shot is so minuscule — an instance of yet another jump to make, or hill to climb, or boundary-less stretch to navigate, only reinforces the feeling that the game is simply taking the easy route in throwing up difficulty, rather than gradually building towards it. To have faith that its players will want to keep playing out of appreciation for the way these courses are structured — Golf With Your Friends avoids this entirely. Not a difficulty one accomplishes through measured shots, but sheer luck via the erratic use of physics and frequent redefining on what constitutes a weak/strong swing. At the risk of sounding paranoid, it seems almost too convenient that a ball will lose all manner of friction one second, regain it the next, only to have a ball stop exactly next to a corner here or edge there. Most of this can be put down to some bad technical issues — instances of clipping and lacking physics resulting in many a bounce-off the course — but there tends to be a severe undercurrent of inconsistency present with Golf With Your Friends.

That’s on top of all the eye-rolling necessities to lump the finishing hole atop some platform or slope that undoubtedly will cause a potential Birdie putt to so easily become a Double Bogey. Or, if the option is enabled, the fact the means to apply side-spin is mapped to the same means one can survey each hole during free-cam mode. But even the latter free-cam feels less like an aesthetically-relevant mechanic and more like some development-build loophole exploited. Put simply: it’s lazy design mixed with such forcibly-shunted challenge, whose only purpose seemingly is to annoy without justification. Even when the game manages to loosen its addiction on “hard for hard’s sake” design, environmental detail and object rendering feels far from polished with many a blurred texture on top of some amateurish attempts to inject character and personality into its themes. Outside of the two IP-related courses by the end a la other Team17 properties Worms and The Escapists popping up to lend their assets and sprite work alike.

While there’s a modicum of enjoyment to be had when diving into the multiplayer side of proceedings, the problem is that this doesn’t mitigate the design woes of the game. It’s simply a matter of multiplying the players involved. Even if you decide to disable collision or even power-ups on top — and to the game’s credit, the mode does away with taking turns, deciding instead to have all players take their shots at practically the same time — you still have the nuisance of finding the exact sweet-spot in taking your next shot. None of this is engaging or worth the investment to figure out. While some may find some excitement in the chaotic randomness and lack of thoughtful, long-term strategy, that reliance on end-of-hole shenanigans — a reliance on dumb luck and opponents suffering at the hands of the wonky physics system — doesn’t offer anymore satisfying a victory. Winning, ultimately, feels like a hollow accomplishment. 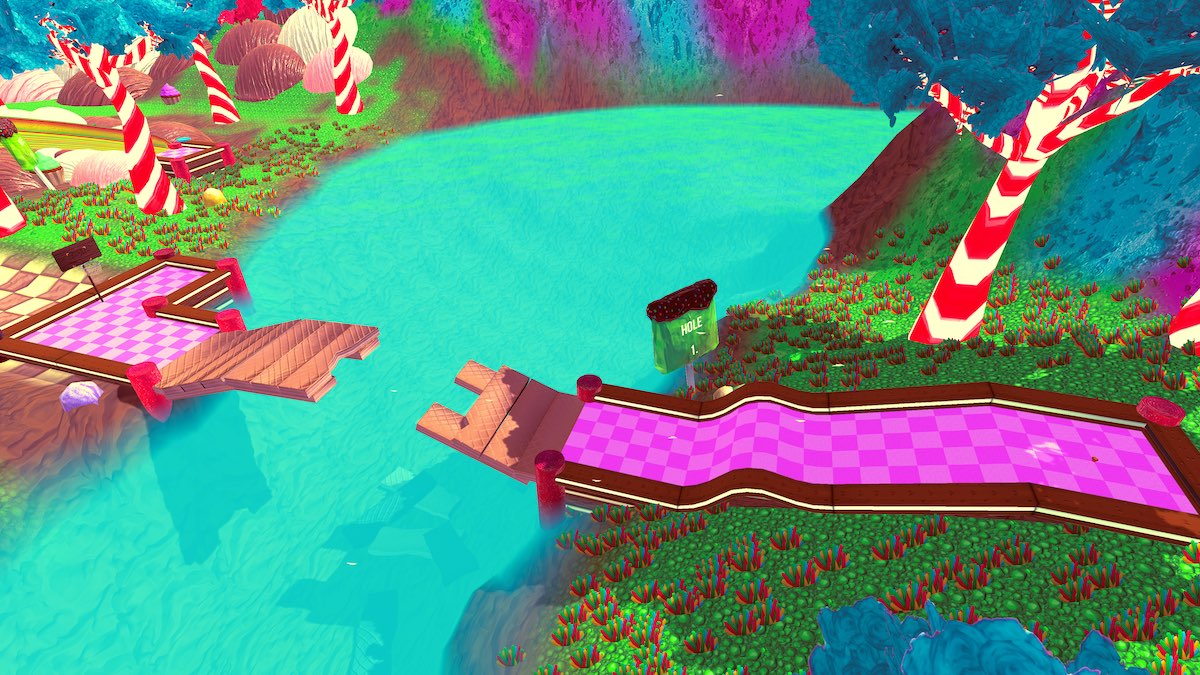 There have been plenty of outings over the past few years that take the basic template of golf, as a sport, and manage to transform into something else. Whether it’s deep in strategy or surreal in delivery, fans of golf have been well serviced. Golf With Your Friends, by contrast, comes across as the antithesis of this approach. A game that goes out of its way to antagonize, despite its variety and ridiculousness in course design. In some parts, that philosophy does find a way to delight and entertain, without descending into an unnecessary leap of faith or threading the needle-like situation that most of its holes unfortunately end up forcing players into. Those who can find joy in such random, unearned chaos may get a small ounce of fun here, but for everybody else, Golf With Your Friends‘ unpolished, finicky and messy delivery takes little time to put even the most patient of mini-golf enthusiasts off completely.