Social distancing has been going on for a couple months now and being trapped in the house with other people can make a person appreciate a great gaming headset to block out those pesky real world sounds that can stifle immersion into a game. Multiple consoles are a common thing in many gaming households so having a single headset that can work with multiple platforms is always a nice option, especially where cost efficiency is concerned. Sennheiser is a well-respected name in the audio equipment industry and has a few different video game related offerings, and the latest one we are going to take a look at is the GSP 300 closed acoustic gaming headset.

The GSP 300 is a straightforward wired headset with a non detachable microphone. The cord coming from the headphone has separate 3.5 mm cords for the mic and earcuffs which ideal for PC use. For devices that only have a 3.5 mm input it comes with a PVC 05 Combo Audio Adapter so that it can be plugged into a standard 3.5 mm input, with the each input color coded so it’s easy to properly pair them. Connecting the adapter to the cord takes approximately two and a half seconds and then the headset is ready to go into the user’s device of choice. For this review it was used with a PlayStation 4, Switch and PC.

The earcuffs are covered with leatherette and are stuffed full of memory foam. For people who like earcuffs with an extraneous amount of padding this is made for you. With the padding and ear shaped openings in the earcuffs, combined with the general lightweight of the headset, the GSP 300 can be worn comfortably for hours on end. The closed back cushioning does provide good passive noise isolation which is always something I prefer in headsets. This is especially good for situations like air travel, where even if I’m not using a device the headset is a nice way to muffle the sounds around me. 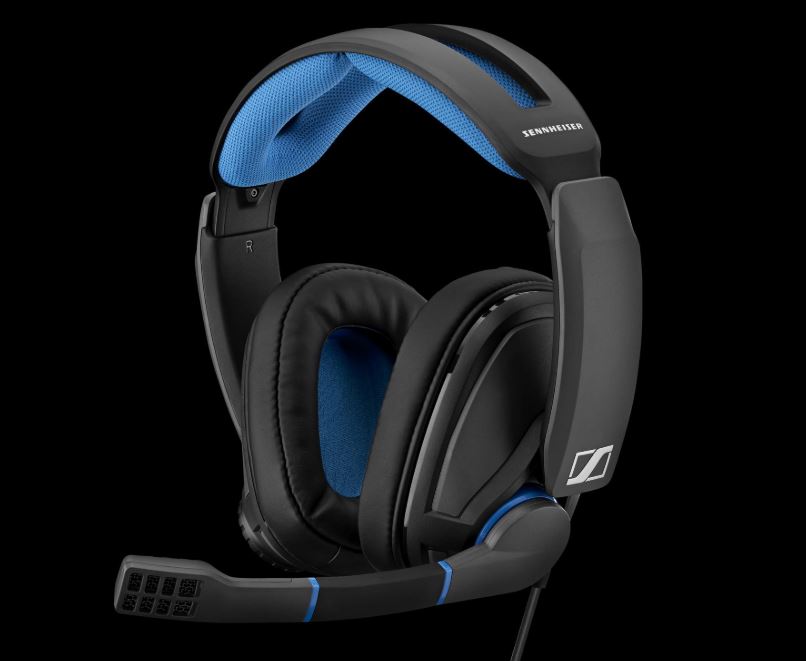 The $99.99 price point has a lot of variables in quality and features when it comes to quality among headsets. The GSP 300 is about as no frills as they come. The mic is not detachable but can be folded back out of the way when it is not being used. There’s no software to do EQ mixing, bass boost, digital surround sound or 3D audio headtracking. There’s one large volume knob on the right ear cuff, but there are no independent controls for chat and game volume or the option to mute the mic. This is a basic plug and play headset, and while the lack of features may be off putting to some consumers, there’s something appealing about the simplicity.

On the other hand, the concessions when it comes to features means that Sennheiser can put more resources into sound quality while keeping it at this price point. The noise cancelling mic allows for clear communication to other players during online play and is good enough to get the job done even without individual chat volume controls. The audio quality for games and music is great to the point where the lack of other features don’t negatively impact the listening experience. The bass notes have a good thump without any unwanted distortion and the mid range and treble frequencies are generally clear and well defined. The only real negative is on rare occasion some of the notes in the high registers can sound shrill. The sound quality is consistent across the different devices during the review process, making this a great option for gaming, movies and just listening to music. 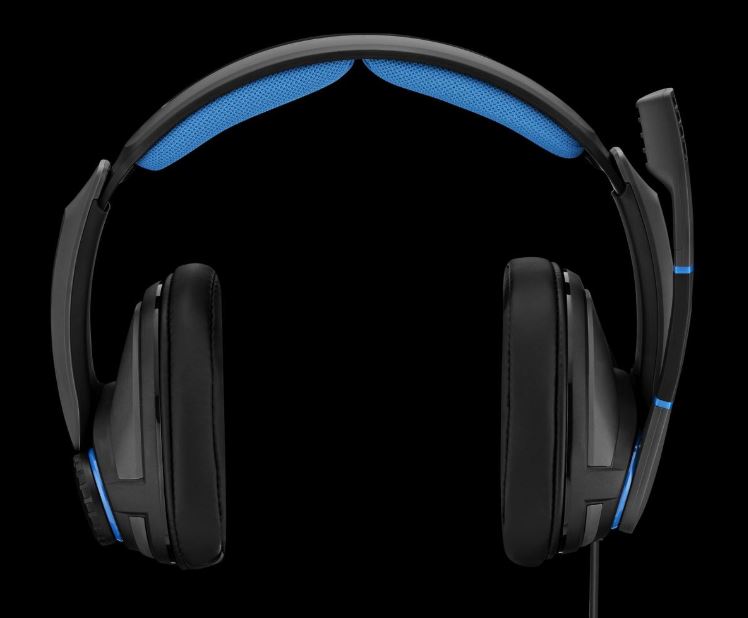 The Sennheiser GSP 300 is a great headset for people looking for good sound quality but who aren’t concerned about additional features. The lightweight plastic frame and heavily-padded earcuffs make this a comfortable headset to be worn for hours at a time. The straightforward design makes it easy to switch between different games consoles, computers and other supported devices. The versatility gives a lot of value to the headset and the sound quality won’t make the user feel like they had to sacrifice quality for value or convenience. People looking for virtual surround sound and other wizardry won’t find it here, but the GSP 300 delivers high quality audio with plug and play simplicity.