Despite looking fantastic in its pre-release media, Minecraft Dungeons has turned out to be a more or less average dungeon crawler. It doesn’t use its license nearly as much as one would expect and it’s rather bare-bones compared to the likes of Diablo and Path of Exile. It’s not a game that gamers familiar with the genre will enjoy, because they’ve likely already played better. For those who don’t already know the in’s-and-outs of dungeon-crawling however, the bare-bones approach is actually its saving grace. All the genre’s most intimidating systems are either absent or stripped-down to their bare essentials, making Minecraft Dungeons a great way to either get into the genre proper or just casually enjoy it. 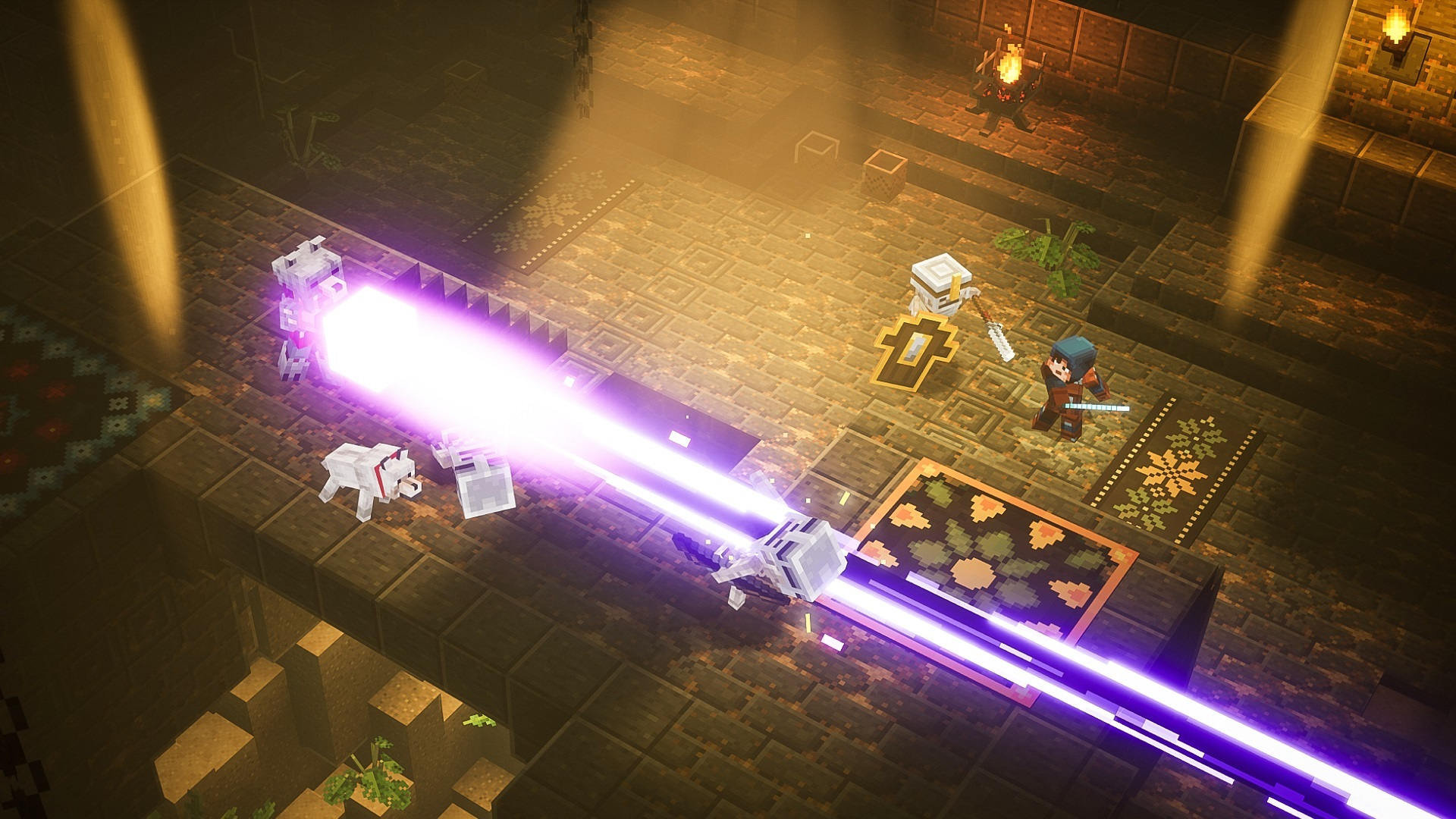 Starting a proper dungeon-crawler like Diablo isn’t hard; all one has to do is pick it up and start playing. New players won’t get far, however, without committing the necessary time and energy to learning how best to use their class skills and maximize their gear stats. Games like Diablo are excellent for fans of character-building, because its class and gear systems allow players to get super in-depth with their builds. The game encourages putting effort into one’s build too, since doing so makes everything easier at lower difficulties. It’s also what makes the higher difficulties actually doable. It’s all good fun for those who enjoy that part of the game, but it might be something of a turn-off those who are more interested in just kicking-back while cracking skulls and collecting treasure.

Minecraft Dungeons is exactly the right kind of dungeon crawler for the latter kind of gamer. It has no class system and the only way to upgrade one’s gear is via randomly rolled enchantments. This means players’ abilities are almost entirely determined by their gear. It also helps that gear only stays relevant for one or two levels; it encourages players to constantly try new weapons and enchantments since there’s no reason to get attached to a certain weapon or armor piece. Of course, one can work towards making certain gear-based builds once the higher difficulties become accessible, but it’s more of an extra than an essential.

This isn’t to say that the combat is boring though. According to our review, there’s plenty of variety to be found thanks to the various weapon types and enchantments. It’s not as complex and rewarding as a system as those seen in more serious dungeon crawlers, but that’s kind of the point. Minecraft Dungeons’ combat is easily understood and quickly mastered. Its weapons fall into obvious archetypes as do the extra abilities and enchantments. Players can tell at a glance whether or not their gear is working for them; there’s no need to fuss over duration periods and percentage points. It’s basically the pick-up-and-play version of a dungeon crawler. 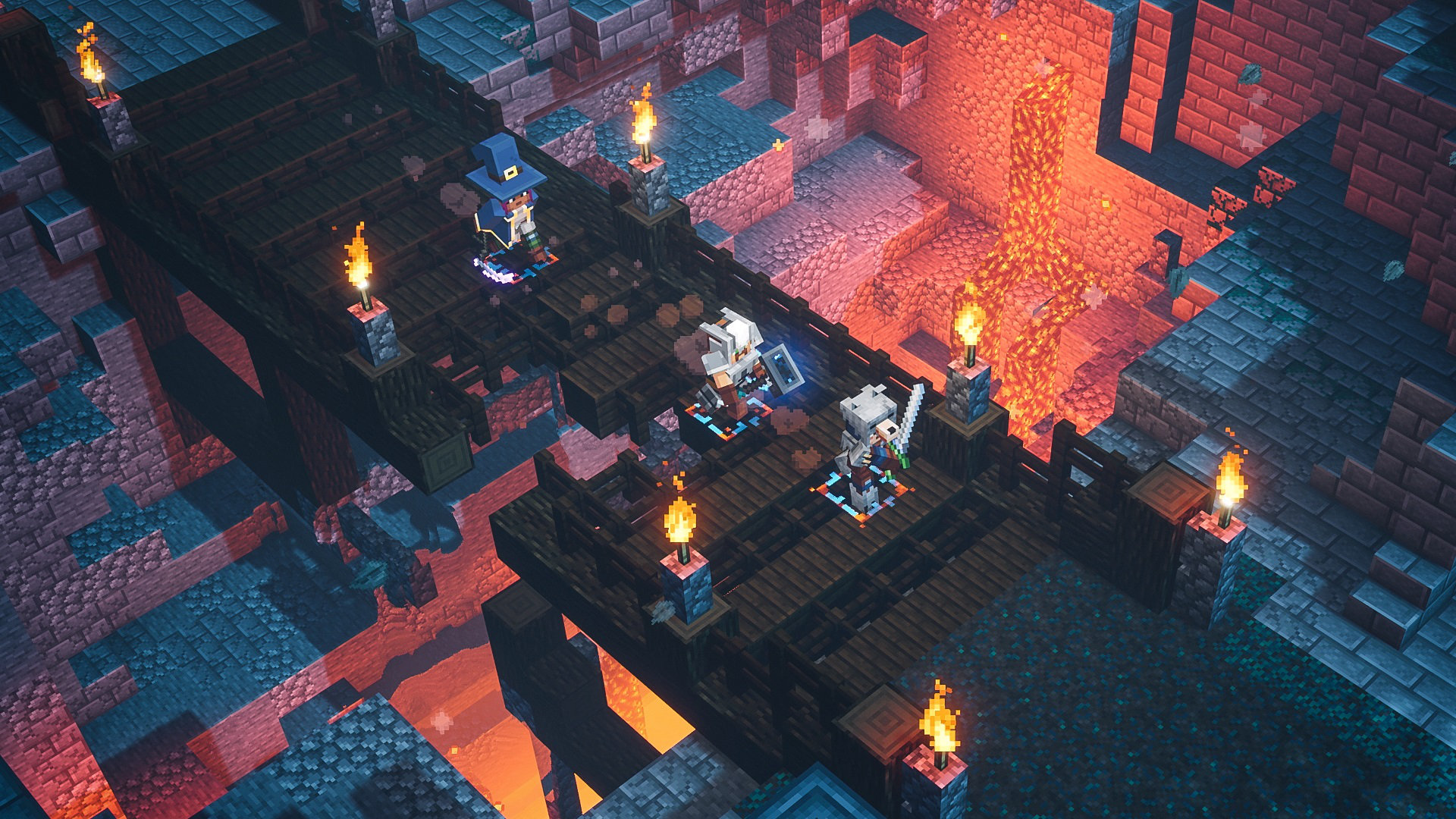 Minecraft Dungeons isn’t doing much of anything in terms of advancing the dungeon-crawler genre. Perhaps it deserves criticism for that, perhaps it doesn’t. Regardless of what it could or should have been, though, this version of Minecraft Dungeons makes for a great casual experience. All of the genre’s surface-level fun is here with few of its more demanding qualities. It may not be great for serious dungeon-crawling fans, but it’s just right for newcomers and those looking for a game to chill in with their friends.