Whether it be a classic from the previous console generation or a title that came out in the last year, the Switch is where many games go to try to find new life. For many of these titles the ports come at a price of some concessions being made on the technical end such as resolution, framerate and loading times, but have the added convenience of being able to be played on the go. The Outer Worlds was one of the more memorable games of 2019, and thanks to the magic of the Switch handheld mode, people can now experience it while they’re out exploring the outer world.

During its initial release The Outer Worlds was constantly compared to Fallout: New Vegas and not just because both were developed by Obsidian Entertainment. The retro-inspired art style, dialogue trees with NPCs and gameplay mechanics including slowing time to pull off that perfect headset all seem like a nod to the Courier’s trek to the desert. The future setting is even based on an alternate history timeline which doesn’t seem too far removed from the (hopefully) alternate future where nuclear war vastly changes America. 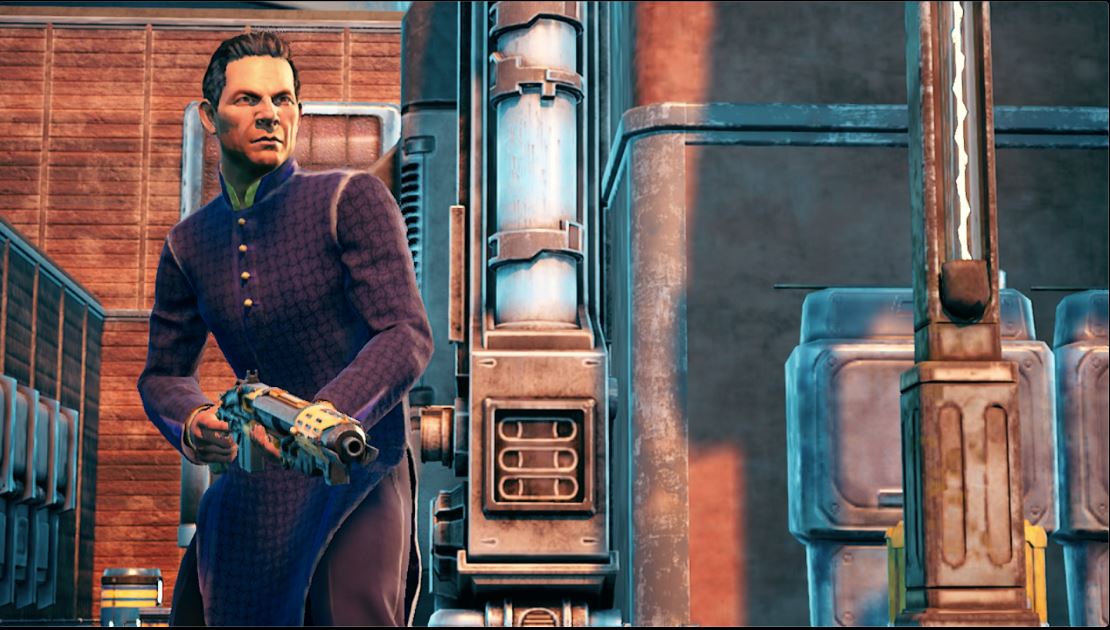 The comparisons to Fallout: New Vegas are inevitable, but this should be viewed more as an homage than a rip off. The Outer Worlds has created its own lore and world, and while similarities exist between the two titles, there’s more to that than simply being Fallout: In Space. What the dev team did for The Outer World was include some of the best ideas from its predecessor and built on them which resulted in an incredibly enjoyable game. The skill progression is bit broader, which actually makes more sense if you think about it because why wouldn’t increased strength based skills carry over to melee combat and carrying capacity. The time to complete the campaign is relatively short, only a dozen hours or so, but it’s a good length due to its nature. Different character builds lead to different play styles and branching quest paths allow the game to unfold differently over multiple playthroughs with a few different endings to experience all the different ways to play The Outer Worlds isn’t an insurmountable time sink. The Outer Worlds gives a ridiculous amount of freedom in player choice, so it is worth repeated playthroughs to see everything that can be done done.

Now for the bad part. As many of us are aware, the 2015 masterpiece The Witcher 3 was ported over to the Switch in 2019. While it’s still enjoyable on Switch it took a few hits on the technical front despite being four years old, which could be said of many other Switch ports. Being released in 2019 for other platforms, the degradation of some aspects is obvious. While The Outer Worlds wasn’t winning any awards for raising the bar for graphics on its original launch, it looks like a PlayStation 3/Xbox 360 game even on the more forgiving handheld mode on Switch. The game looks blurry most of the time. The loading times actually weren’t too bad which was a pleasant surprise. The gameplay remains solid so the concessions were at least made in the least harmful way, but they’re still heavily apparent concessions none the less. 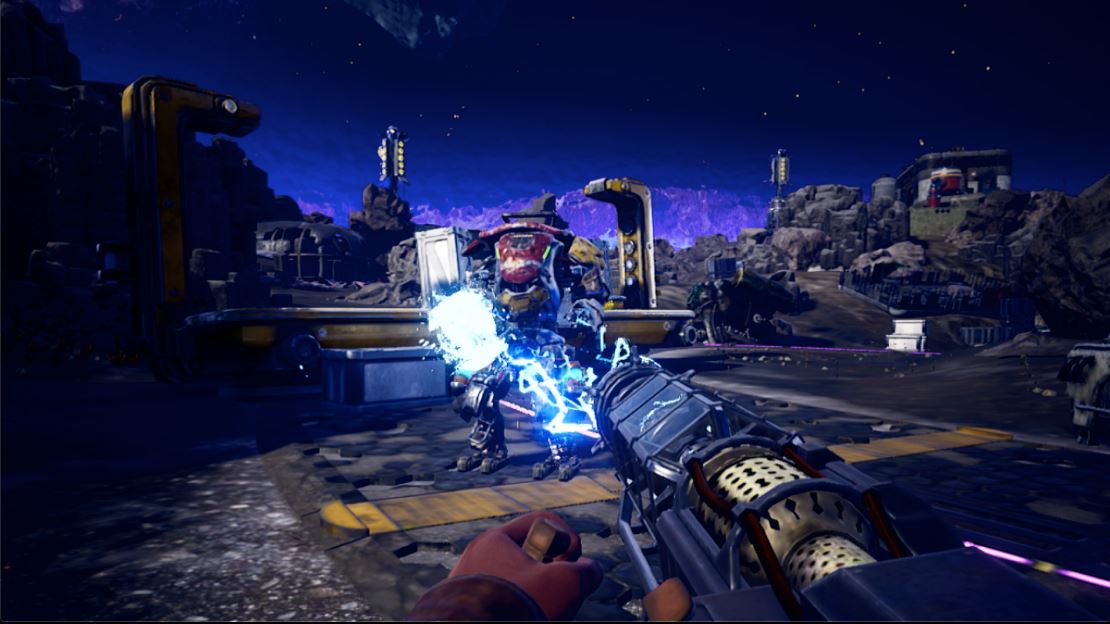 The Switch is the worst world in which to experience The Outer Worlds, but like many other Switch ports before this doesn’t mean it’s a world not worth exploring. Like many other ports, the only types of people this should be recommended for are people who only play Switch (if those even exist) or people who really enjoy the handheld option. The Outer Worlds is a great game, even with the technical concessions for this port. The relatively short length for an RPG translates well to handheld for something that can be played in bursts while traveling. It’s a great game that really should be experienced by everyone, particularly fans of Fallout or other Obsidian titles, but unless portability is a strong selling point, The Outer Worlds is best experienced on another platform.