Ys has been around since 1987 and appeared on countless platforms through many rereleases and remakes. It never reached the popularity as some other JRPG series but it has put out consistently strong entries throughout its inception. Its premise has become a cliche in JRPGs by now; some young adventure arrives in a new town, meddles in everyone’s affairs and ends up having to defeat some all powerful force of evil, but that doesn’t detract from the ability to enjoy the games. Ys: Memories of Celceta is a complete remake of the fourth Ys title, which based on our review of the Vita version is worth playing. Ys IV was originally two separate games released 1993, Ys IV: Mask of the Sun and Ys IV: The Dawn of Ys, neither of which ever saw the light of day in the western world. Memories of Celceta was released for Vita in the US in 2013 and was ported to Steam in 2018, and now is available for PlayStation 4.

Ys: Memories of Celceta takes place between Ys II and Ys III. Adol passes out from exhaustion upon his arrival in Casnan. He wakes up with no memories of who he is or what he has done. He runs into an information dealer named Duren who claims to met Adol previously and soon after Adol is tasked by Governor-General Griselda with mapping out the dangerous and mysterious forest of Celceta. This gives the red-haired adventurer reason to go out exploring into the forest and finding new towns where he can meddle in people’s affairs as he has a propensity to do.

The twist with him having no memories means that while these places might be new to him, he has been here before recently and things didn’t exactly go to well when he had previously visited. The villagers remember him, and the amnesiac twist is his current do gooder ways are largely based on undoing whatever calamity he’s getting blamed for from his prior visit. Part of the charm of Memories of Celceta comes from Adol regaining his memories, either from interacting with townspeople or from having his memories triggered from other sources. Naturally, as Adol gets deeper into the woods and closer to the mysterious tower, things become apparent that he’s up against much more powerful and sinister forces than he realized but he should be used to this since this is the fourth canon Ys installment. 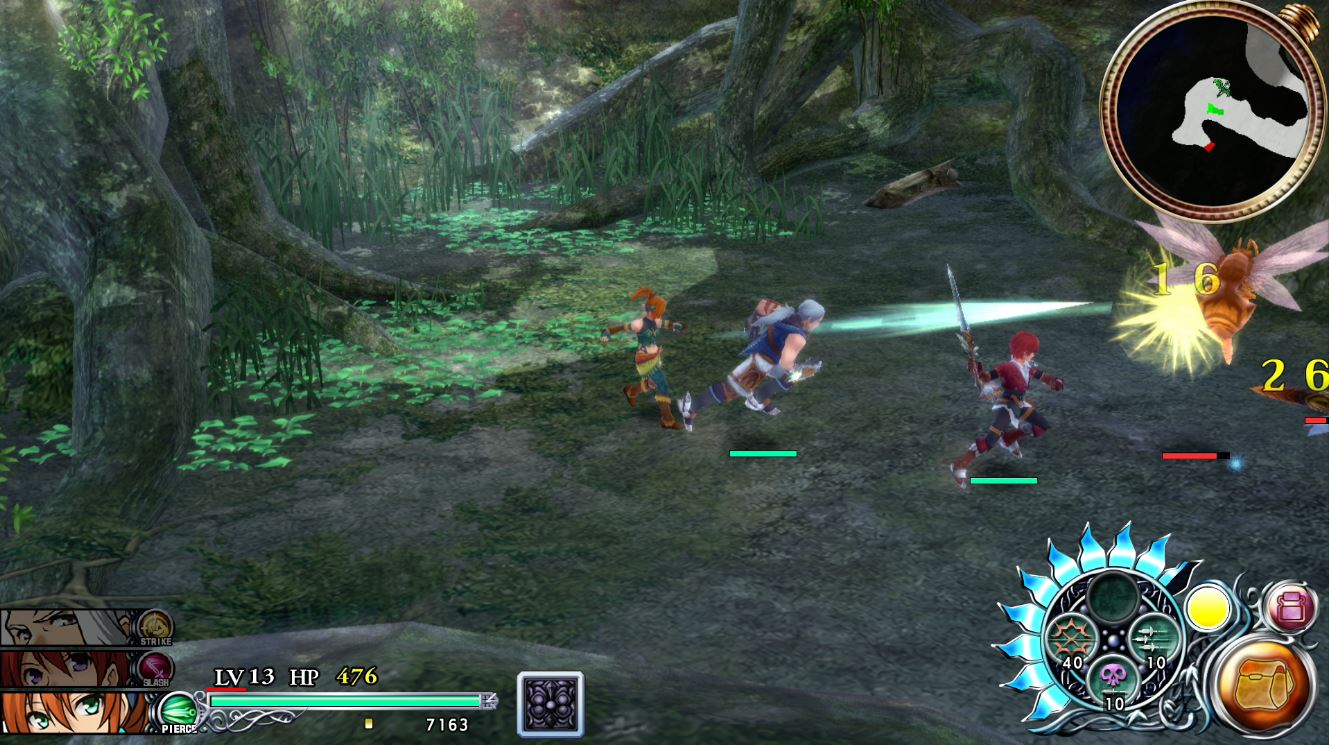 Like Ys Seven and Ys VIII: Lacrimosa of Dana, Memories of Celceta uses a three person party system where the player can swap control over any of the selected party member on the fly. Each character has their own weapon of choice, damage type and set of unique skills. The party receives different bonuses depending on whether all three weapon types are in a party or if there are multiples of the same type. The game takes place in the overhead 3D style of later Ys titles and remakes of the earlier ones. On the PlayStation 4 it runs at a smooth 60 FPS and the HD touch up does improve the 2012 Vita graphics a bit. The camera is fixed save for the ability to use the right thumbstick to adjust the level of zoom, but having played both versions I do prefer the PS4 version to the Vita, even though the games are identical with the exception of improved visuals. The trophy list is shared between the two versions but it doesn’t appear to support cross save.

Just looking at the titles it’s obvious that there are a lot of Ys games and it newcomers might not be sure where to start if they want to try out the series. This is further complicated by the fact that they are spread out over so many different systems and some of the remakes don’t exactly make it clear where the entry fits into the series. The good news is that many of the PlayStation Portable titles have been ported to Steam and few other ones can be found on PlayStation 4 which makes it a bit easier without having to find old platforms. What’s even better news is that each story is self contained, so they can be played out of order so any one of them would be a good place to start, but that doesn’t help much so we’ll discuss the three that seems like they would be some of the better choices for entry points. 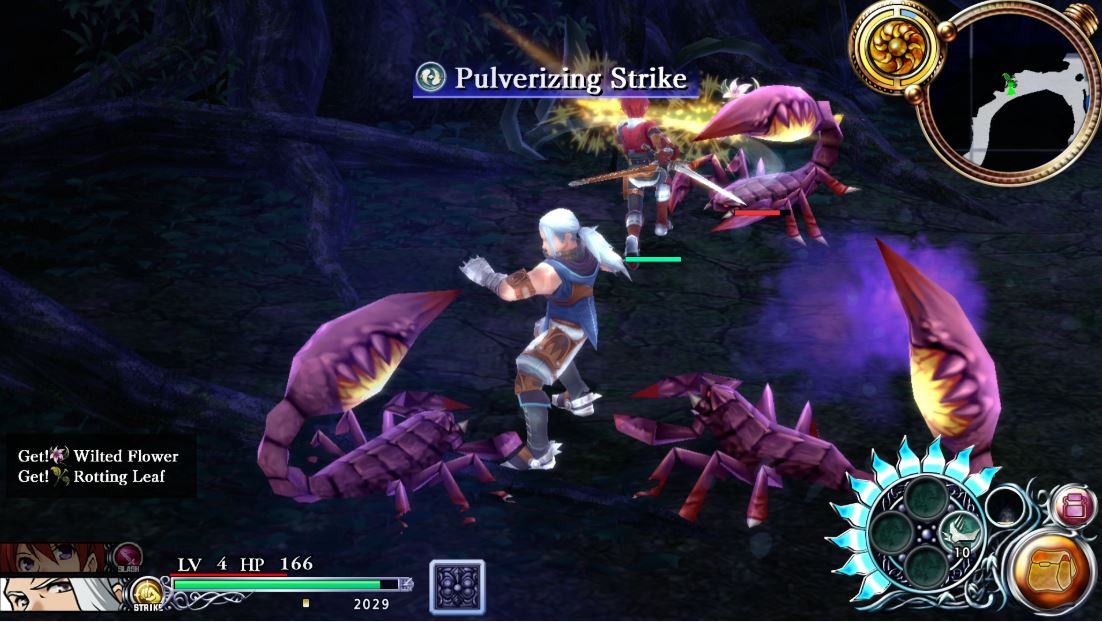 Ys: Memories of Celceta on any platfrom (Vita, PS4 or Steam) is a recommended starting point. It’s earlier in the Ys timeline, has the three character party system and isn’t long by RPG standards. The story is engaging if not the most original in the world of JRPGs and the regaining memories aspect is an interesting way to get introduced to the character of Adol. There’s a lot of story development but the pacing gets the player into the action quickly and substantial progress can be made in a play session lasting just a couple hours. It’s also a great game in its own right. The fast-paced combat is just endlessly enjoyable.

Ys VIII: The Lacrimosa of Dana would be another good place to start. It seems counter intuitive to start at the newest entry in a series, but aside from not being familiar with all the lore, the self-contained nature of each Ys game makes it so they can be played out of order. Due to it being the newest, it does have the best graphics and takes some more time to complete. It differs from the early titles since instead of going from town to town, Adol and his BFF Dogi are marooned on a seemingly deserted island that’s naturally full of mystery and powerful monsters. That aspect differs from other Ys games but the core elements of gameplay and story progression makes it fall in line with what fans have expected from the series, and like Memories of Celceta Adol gets put to work as a cartographer. This one we covered on PlayStation 4 but it’s also available on PC, Switch and Vita, keeping with the tradition of Ys titles ending up on handheld systems. 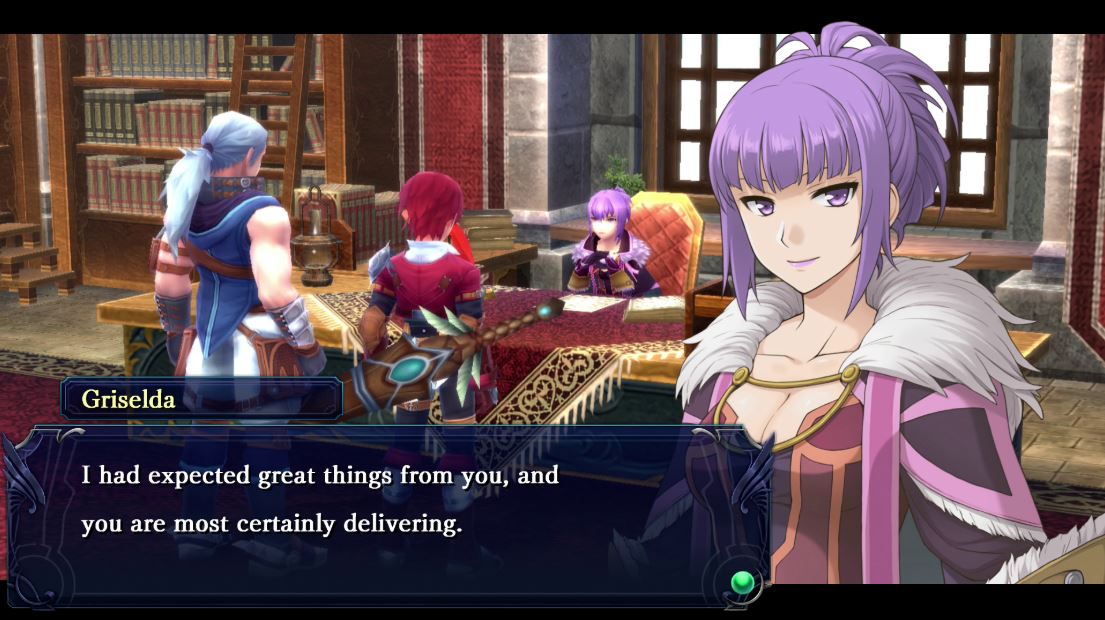 The third recommend point of entry is Ys: The Oath in Felghana. This is a remake of Ys III: Wanderers From Ys which is the Ys equivalent of Zelda II: The Adventure of Link. The 2D platforming approach was a deviation from the overhead view of its predecessors and like Zelda it was a one time thing. The Oath in Felghana is a complete remake that places Ys III back into the 3D overhead perspective that is associated with Ys and expands on the story. This recommendation may be based on personal bias since my introduction to Ys was with the SNES Ys and while this is remade into a completely different game it still can conjure up elements of nostalgia and works as a nice companion piece to the original. It’s also just a great game, centered in one town as a home base while an incident in a quarry (like Celceta) snowballs into a much greater adventure. This is one that I would really like to see get ported to PlayStation 4.

Any title in the Ys catalog is good starting point, but those are the three that I’d suggest over the others. Ys I & II are available on Nintendo DS, PSP and TurboGrafx-16 Mini. Ys I is basically the intro to Ys II and while they are good games they are recommended to retro gamers only. Ys Origin takes place 700 years before Adol was even born and while it does give some explanations to things in the Ys universe it seems more interesting as a prequel after the player has some knowledge of the Ys world. Ys V: Lost Kefin, Kingdom of Sand seems to have never made it out of Japan and Ys VI: The Ark of Napishtim is available for PSP and Steam. It’s a title in my enormous backlog that I haven’t yet got to and got mixed reviews. It looks like something an Ys fan would like and is something I want to eventually play but can’t personally vouch for it. 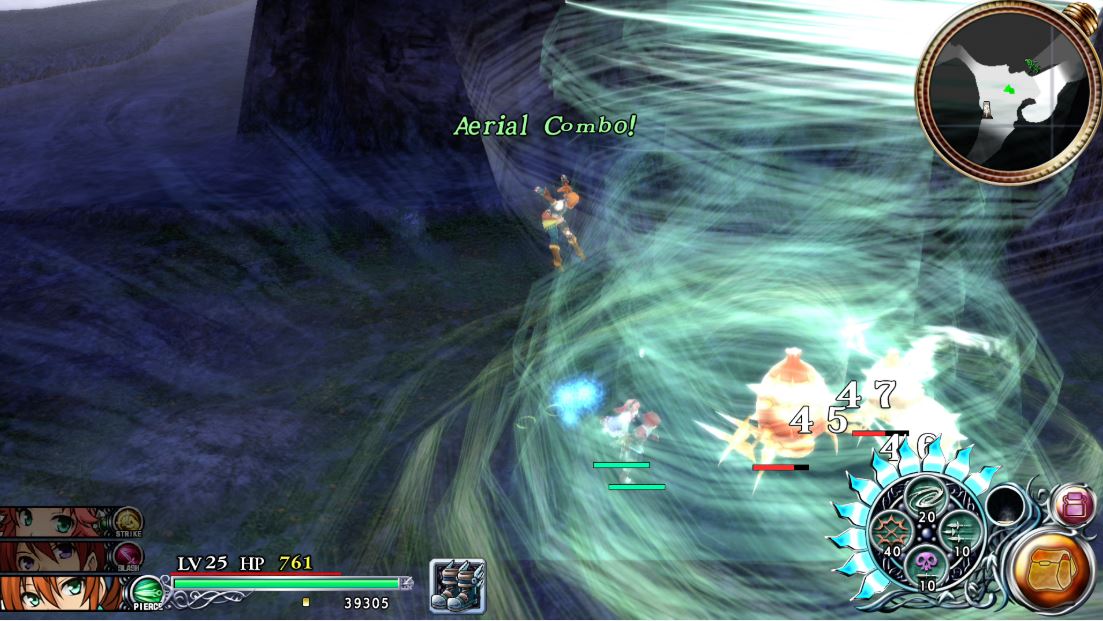 Ys has been around for 33 years and even though it hasn’t established the same level of following as some other long-running JRPG franchises, it’s still is a worthwhile series to get into. With the exception of Ys V, the rest of the Ys titles are available in some form on Steam which makes getting into the series easier than hunting for all the original hardware and games. The games can be enjoyed in any order, but the three best starting points are Memories of Celceta, Lacrimosa of Dana and The Oath in Felghana. Ys: Memories of Celceta for PlayStation 4 is available today, June 9, in North America and June 19 in Europe and Australia.