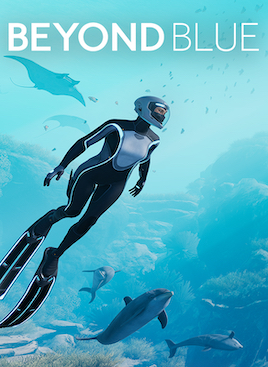 I would like to think that any sensible, open-minded individual wouldn’t hold it against a studio aiming to be as much an educational affair as it is an entertaining one. One of the main gripes from consumers when it comes specifically to a game’s themes is the feeling of heavy-handedness. The feeling that some games, particularly when tackling current, contemporary subject matter, close themselves off from the notion of polarized viewpoints. That their stance — their commentary — is absolute. That simply playing to a crowd will be far more universally appealing than digging deeper into the actual themes underpinning it. For that reason alone (again, it’s saddening that such an element must be celebrated in this day and age), you have to commend a studio like E-Line Media for not falling into the perilous trap of coming off as simply preaching to the already-convinced masses.

At a point in the brief three hour run-time — where it’s made clear that Beyond Blue is going to at least try and tell an environmentalist-leaning tale meant to evoke some kind of reaction — the game makes the decision to take a critical lens to the idea of industrialization impacting the ocean wild-life. The investment and time spent here is relatively scarce though — thus a knock against the narrative as a result — yet the overall benefit to E-Line Media’s approach seems to be one of keeping a fixed eye on the greater objective of a game like Beyond Blue. A game, as brief an investment it is — and not the most demanding of experiences on a mechanical level, which again for balance’s sake, is another gripe worthy of discussion — whose more relaxed and calmer attire comes to the forefront.

As a result, as shallow and uneventful its bare gameplay involvement may be here, Beyond Blue is at least a modest alternate in the market space at present. The reason for this is of course its premise and setting: placing you in a series of submerged, underwater environments whereupon players are required to swim to and from set objectives. There’s of course an undercurrent of education and real-life, informative topics the game wants to coax its players to read up on. An underwater sub that you return to in-between dives actually provides a number of documentary-style snippets and showreels should the topic catch your eye. It’s a shame that the educational leanings don’t always translate well into an informative and easy-to-use interface, though. Many instances of a button prompt to read more after scanning a particular creature not working or menus themselves on presentation feeling less like aesthetically-pleasing surroundings and more like mere information dumps. 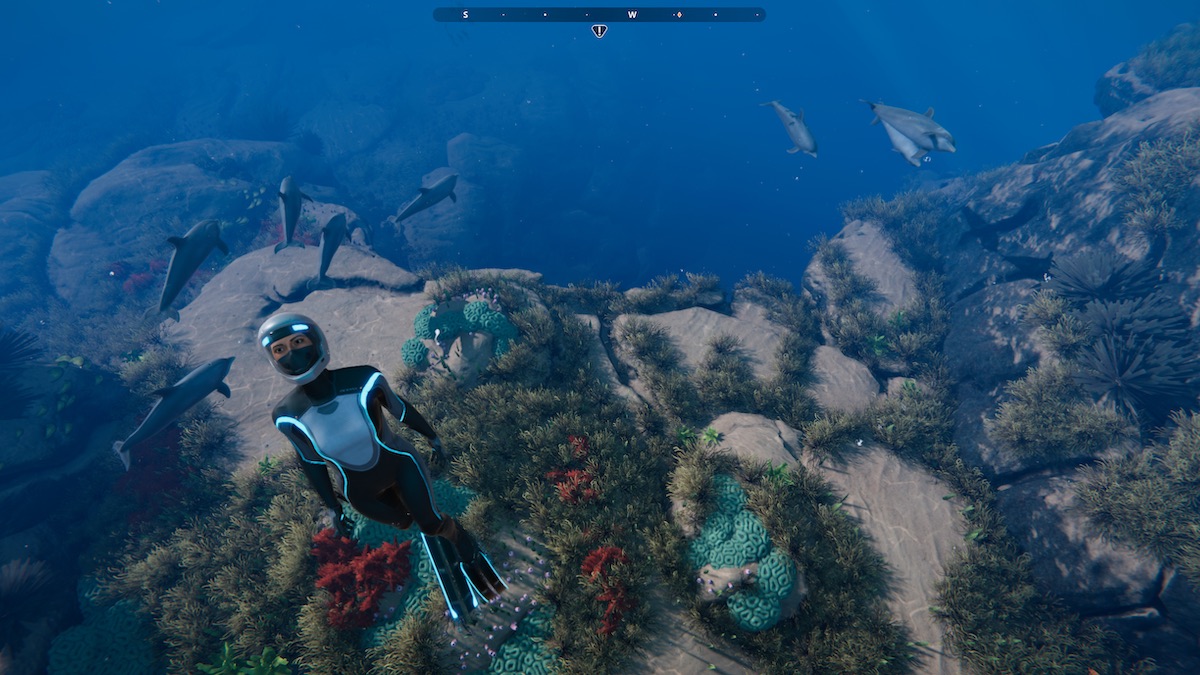 That said, there’s a simple elegance and relief to be experienced in simply swimming through the assortment of light-bathed and even light-devoid regions. As you might expect, movement is swift and fluid with the game making it simple to ascend and descend between the geometry of its environment. But just like another fellow oceanic-orientated release this year with In Other Waters, E-Line Media’s interpretation of open water is not one of fear or hostility. Its intrigue for the wildlife serves its narrative and while you might suspect some wildlife may want to react to your presence, wildlife in this game is little more than a collectible. An aspect of Beyond Blue which, sadly, serves little more than temptation to some to get 100% completion. Some creatures are tucked away in initially hard-to-spot reaches and while the map provided does try and provide a position of all wildlife still to be found, it doesn’t always work given how most creatures move about and can incur occasional confusion to the player.

But there’s also a surprisingly tranquil and easy-going vibe that runs right through the run-time. Punctuated by an ethereally ambient soundtrack that wonderfully fits the general mood of the presentation. Especially beneficial for when the latter section takes a deeper dive into darker territories. Even among the lack of light and the many instances of swimming through a seemingly infinite void of black — whereupon a little anxiety may, in another scenario, begin to crop up — Beyond Blue does a sufficient job at holding onto its calm and easy-going intentions. It’s also complimented by a well-tailored, licensed soundtrack which players can shuffle through back aboard the returning sub in-between dives. This is one of only a couple of optional extras and attributes players can invest their time in, though. The remainder of what comprises Beyond Blue‘s features — be it optional attire or part of the main trajectory of the story — are a little too bare and shallow to feel in anyway important. 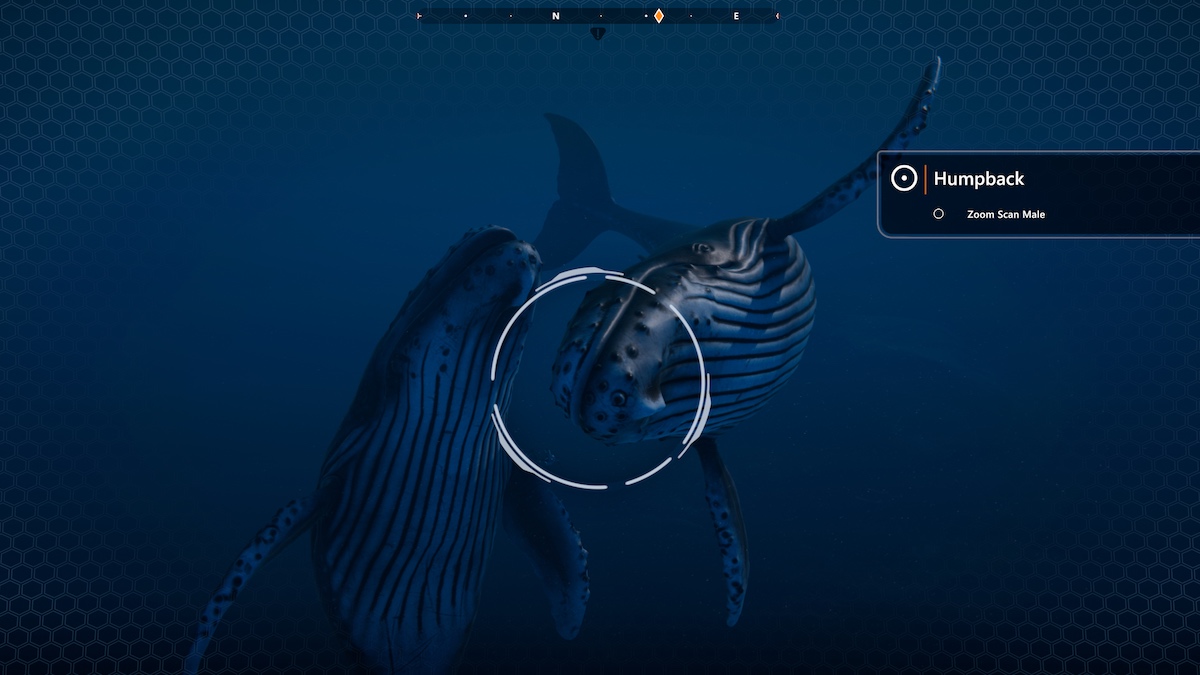 Case in point, the brief and simplistic gameplay segments that have you move about a scanned creature in order to find a required spot so as to progress the objective on. Not only are the controls used here a tad too loose and cumbersome to control, they also don’t evolve past simply hovering over a circle or two. The same goes for a lot of the  supposed mission designs that, at most, have players simply swimming from point A to point B. Gathering up more scanned creatures along the way, should you decide to invest a few more minutes off the required path. Beyond Blue may deliberately avoid any sense of dramatics or scale — and in regards to its music, that avoiding any unnecessary dramatics is welcome — but that doesn’t excuse it from providing a shallow and repetitive string of what you could pass off as puzzle-solving if you’re being generous.

And as noted, though the game does ignore temptation in dishing out a heavy-handed lecture — on the importance of protecting the environment, for example — the fictional story pertaining to its small cast of characters is nothing remarkable or worthy of note. There are some brief dialog choices to choose from and a meager attempt to suggest some conflict of sorts between characters, but the sentiment is fleeting at best. More so when it tries to shoe-horn itself in among one’s adventure and you can’t help but hope the game spends little time (if not, none at all) with the unnecessary retreads. It’s not the most frustrating element or one that is wholly damaging to the experience, but its obvious focus sheds a light on what little else there is to witness in a game of this scope. 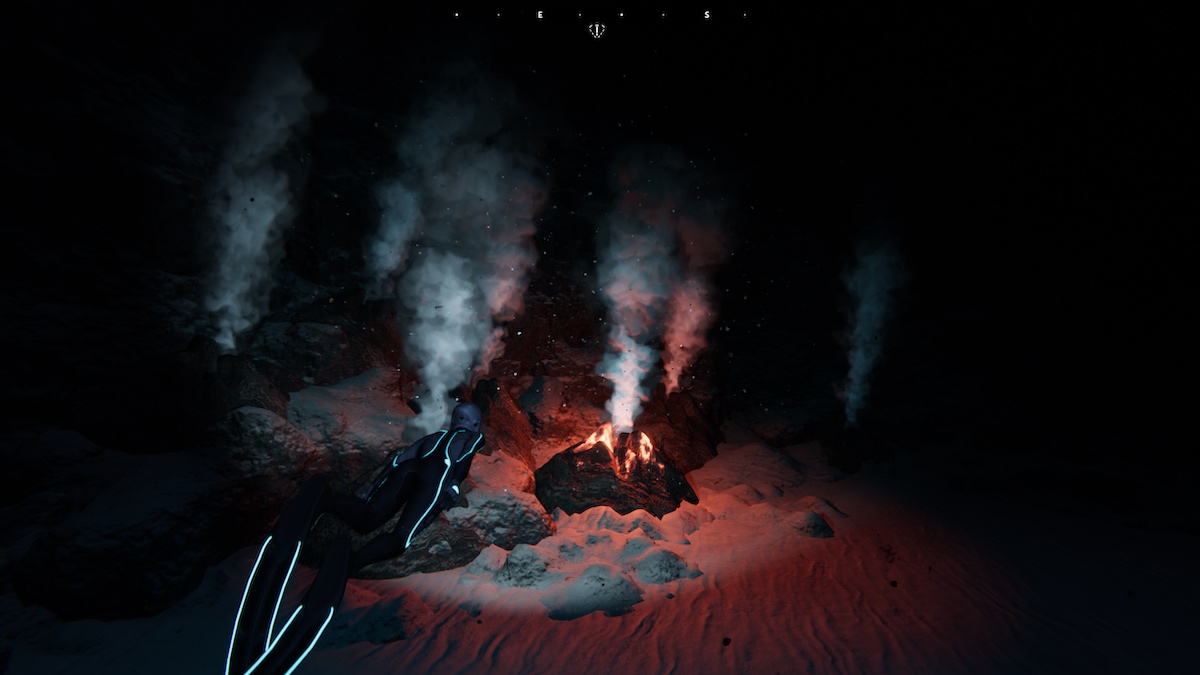 Should you be looking for a brief distraction or simply a game with a bare input to see most of what it has to offer, Beyond Blue provides a quaint, if a touch short, detour away from the regular catalog of current-year releases. While everything around the core presentation is not exactly extravagant or worthy of anything but a passing glance, that’s not to say E-Line Media haven’t at least made the feeling of moving about bodies of water one you can easily immerse in. An immersion that doesn’t bang you over the head with some last-minute lecture. Aided more appropriately by a well-integrated, ethereal score — complete with a tasteful selection of licensed tracks alike. The educational side of the content will naturally live or die by the player’s own personal interest on real-world sea-life. It may be far from the most complex of voyages, but Deep Blue‘s more laid back and meditative (if unremarkable) envisioning of life under the sea is sufficient enough in its intentions.