THX and Razer have teamed up to create the Razer THX Spatial Audio App, a program that’s designed to transform any headset into one capable of creating a surround sound experience. The Razer THX Spatial Audio App uses advanced 7.1 surround sound technology with adjustable virtual speakers to create a listening experience that has positional accuracy. This app is designed with games in mind but also has applications and appropriate presets that are also optimized for listening to music or watching movies. It’s also designed to work with any headset, bringing the surround sound experience to anything from a basic $20 passive headset to an audiophile grade headset costing several hundred dollars.

Surround sound and 3D audio do have their practical advantages in gaming beyond just increasing the level of immersion. This is especially true in multiplayer games where hearing footsteps and guns being loaded coming from behind gives the player an edge in responding to what could have been a stealth kill. In single player games and movies having the sound come from all directions does create a greater level of immersion as it’s easier to imagine being there when the sound is coming from all directions.

The Razer THX Spatial Audio App works with any headset, whether connected through USB, 3.5 mm input or through Bluetooth. It works with passive and active headsets, and it can be used to override a headsets native surround sound software if applicable. The app works both with stereo and surround sound settings and adjusts the positioning of the virtual speakers to create a surround sound effect. Adjusting the speaker positioning does make the sound like it ‘ originating further away or closer and not simply just louder or quieter. The claim of adding 7.1 surround to any headset is one that was met with some skepticism but after using the app it does what it says it will do. 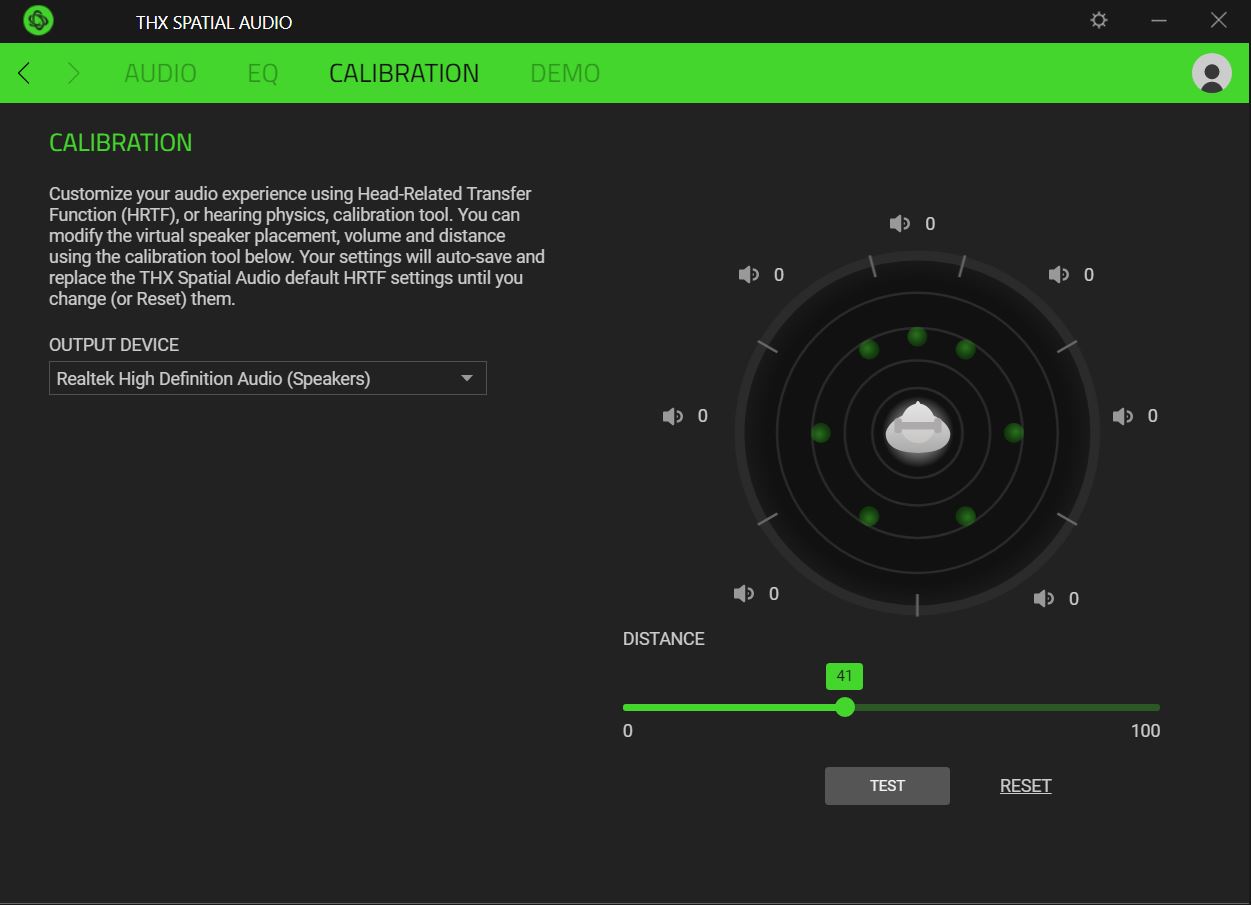 The Razer THX Spatial Audio App isn’t a miracle worker where it can transform a cheap headset into something that’s audiophile quality but it does help getting the best sound quality out of whatever headset is being used. There are four EQ presets: Default (flat), Game, Movie and Music and limitless space for custom user EQ settings. There are also options for sound normalization, bass boost and vocal clarity, so there’s a lot of freedom for the user to shape their desired sound for many different applications. While playing with these options it was easy to get noticeable sound quality improvements.

The best feature of the Razer THX Spatial Audio App is adding virtual surround sound to any pair of headphones and the ability to adjust the EQ on top of that makes it a useful app in getting the ideal sound from any headset. The user interface is straight forward and user friendly which is always a nice feature. The app is available from Razer’s website for $19.99 as a standalone purchase and for $9.99 as an upgrade for current Razer users.