Codemasters beat every other racing game to the punch for the next generation, including Microsoft and Turn 10’s own Forza franchise. DIRT 5 was introduced during the Xbox Series X reveal and Codemasters even showed gameplay to back up its official stake as the first racing title for the next generation. Of course, Codemasters will be releasing the game on multiple platforms with PlayStation 4, Xbox One and PC coming October 9. Google Stadia will also be receiving a version some time in 2021. Codemasters sent us a very early build of the game to test out on PC, which should give a good barometer of what to expect on next-gen consoles.

In the past few years, Codemasters has alternated between its mainline DIRT series by adding in DIRT Rally. DIRT Rally focuses purely on the simulation aspect of rally racing for the purists. Where DIRT started off as purely rally, it has slowly incorporated other forms of motorsports. Codemasters has stated that DIRT 5 will not be purely about rally and that it’s incorporating multiple forms of off-road racing. The focus will be to have fun and choose your path in a Career Mode rather than replicating a simulation like the DIRT Rally series. DIRT 5 will features nine different classes of off-road racing: Super Lite (Buggies), Formula Off Road, Rock Bouncer, Off Road Unlimited, Sprint Cars, Cross Raid, Modern Rally, 90s Rally and Rally GT. Clearly, rally racing will still be the essence of DIRT 5, but there will be plenty of other ways to get dirty.

Codemasters recently detailed what to offer in the Career Mode. Troy Baker and Nolan North will take part in a narrative that involves the need for a new driver, which will be you. Players will be able to choose their own path as they earn stars to unlock Class Main Events. The biggest addition will be a podcast based on the YouTube shows from Donut Media. The Career Mode series is known as the DIRT Series, which is the biggest off-road racing series in the world. The DIRT Podcast by Donut Media will feature special guests including current W Series World Champion, Jamie Chadwick and YouTube star, SLAPTrain. There will be a plethora of racing enthusiasts and other recognizable names throughout your career. Players can also do split-screen multiplayer with up to four players within Career Mode itself. Friends will replace AI racers and either help or hamper the main star.

Photo Mode will be making its first ever appearance in the main DIRT series. DIRT 5 will no doubt be a colorful game and Codemasters is instilling the tools to make sure you can customize your brand. Players can create liveries with different paint types, patterns, colors and officially-licensed decals for recognizable brands. This will all culminate to allow players to take pictures of their roost victims or even catching air.

Along with the nine classes of cars, DIRT 5 is expanding across the globe for its locations. The build we were sent features four of the ten global locations in the game that were made up of a variety of terrain. Norway, China, Brazil and an oval track in Arizona for the sprint cars. You can head over to our YouTube channel for the video. Norway featured Ultra Cross, which combined dirt and asphault while China and Brazil focused on Land Rush and Stampede. Land Rush allowed for huge trucks to traverse through the mud while Stampede focused on extreme terrain and monster jumps. What’s even better is that DIRT 5 will include dynamic weather that affects the terrain. Everything from lightning storms and sweeping rain to snow storms will alter the look and feel of the tracks. This also includes light-to-dark transitions to keep the player on their toes. 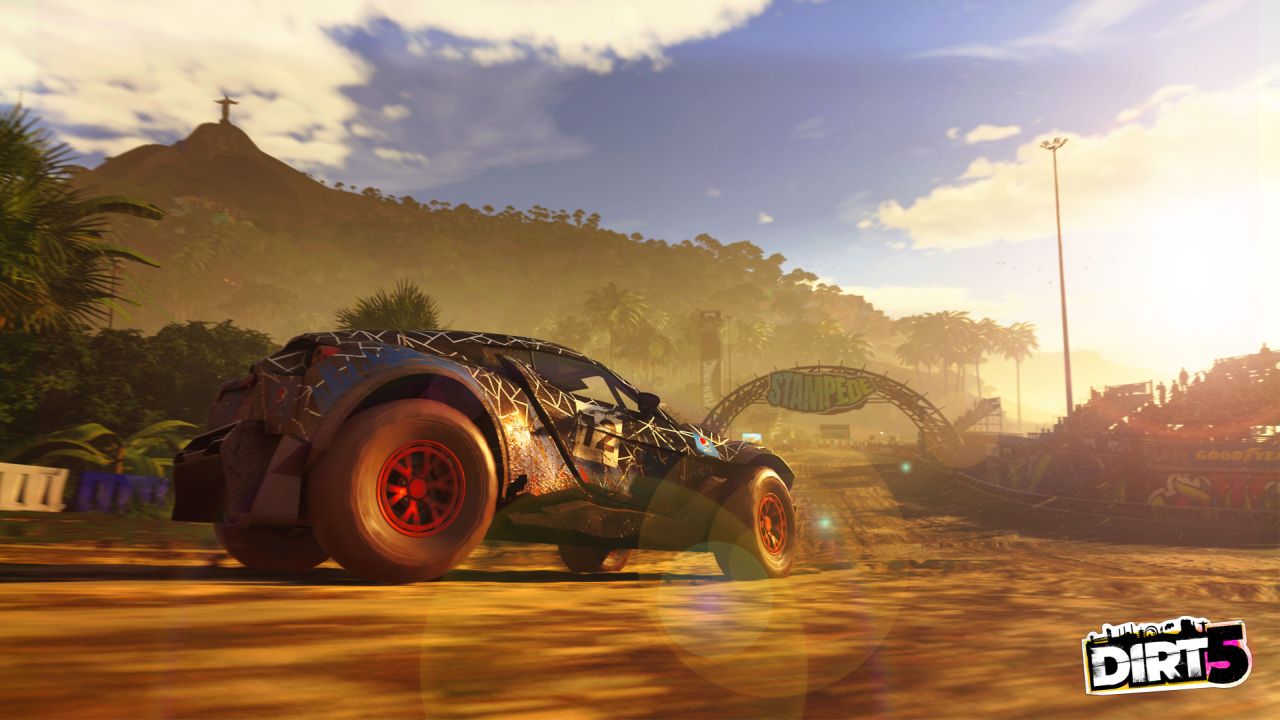 The build may be early, but the groundwork is here for a beautiful game that will showcase what next generation systems can do. Puddles collect on the track and the glare of the sun will shine through the windshield. All of the lighting elements should prove worthy as even the early build looks fantastic. Lively crowd and a beautiful landscape help create the backdrop at the tracks. There are so many effects that all add up to making this feel like a new experience. Mud and dirt will fly everywhere and with the dynamic weather, this means accounting for heavy rain and snow effects. There are scenes of leaves flying across the track, water from the river crashing up on a bridge, and confetti and fireworks that will add an entirely new element and feel to the DIRT franchise. DIRT 5 will feel alive.

DIRT 5 maintains circuit racing rather than going the route of an open world racer, ensuring it remains fun by sticking to its roots. The focus is on racing events, but also providing fun while broadening the horizon for off-roading. This will push PC hardware, but as the release approaches a lot of this will improve as, again, our preview build was early. Codemasters is still stating that 120 FPS on consoles will happen and seeing hints of what possibly can be used for ray tracing only generates excitement for not only this release, but the next generation of consoles. 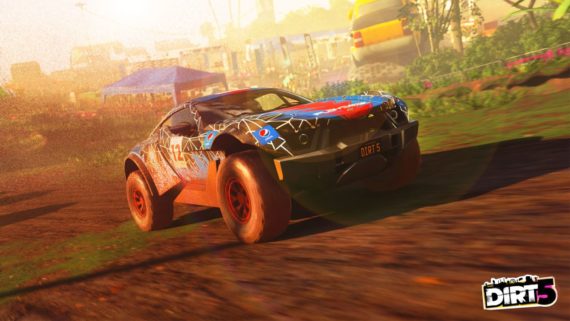 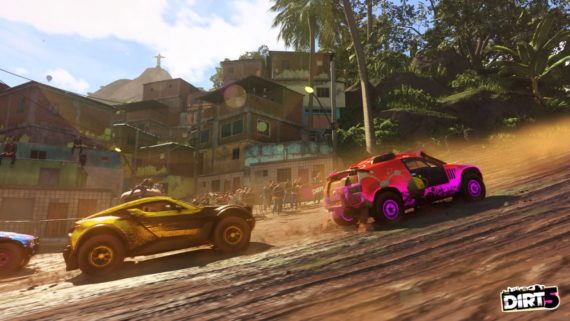 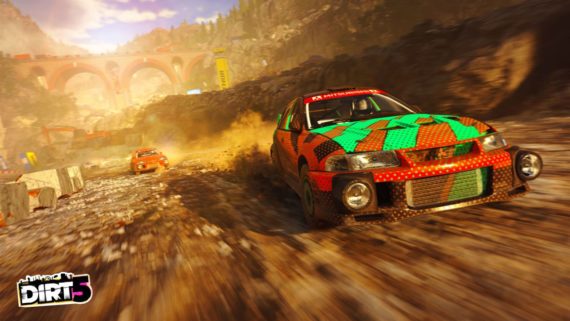 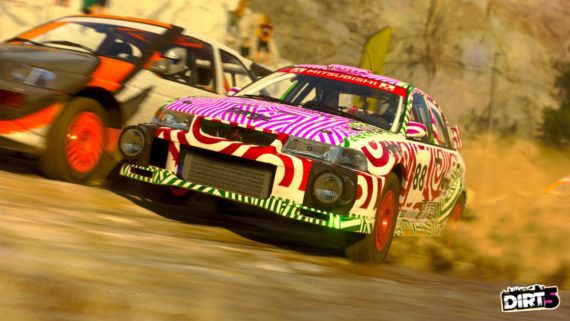