If you’ve been making the most of the still ongoing Steam Game Festival and you’ve already dove into many demos on offer, no doubt you’ll have noticed the wide gap in possible duration. Minus of course the idea of intentionally stretching things out — some lasting a couple of hours, some as brief as around twenty or thirty minutes. Time Rift finds itself on the shorter end of that spectrum, though its brief incursion into its “prison escape” premise by no means results in the pitch being in anyway gutted. If anything, developer Lightshards’ quick, concise and to-the-point delivery is exactly why it deserves highlighting. 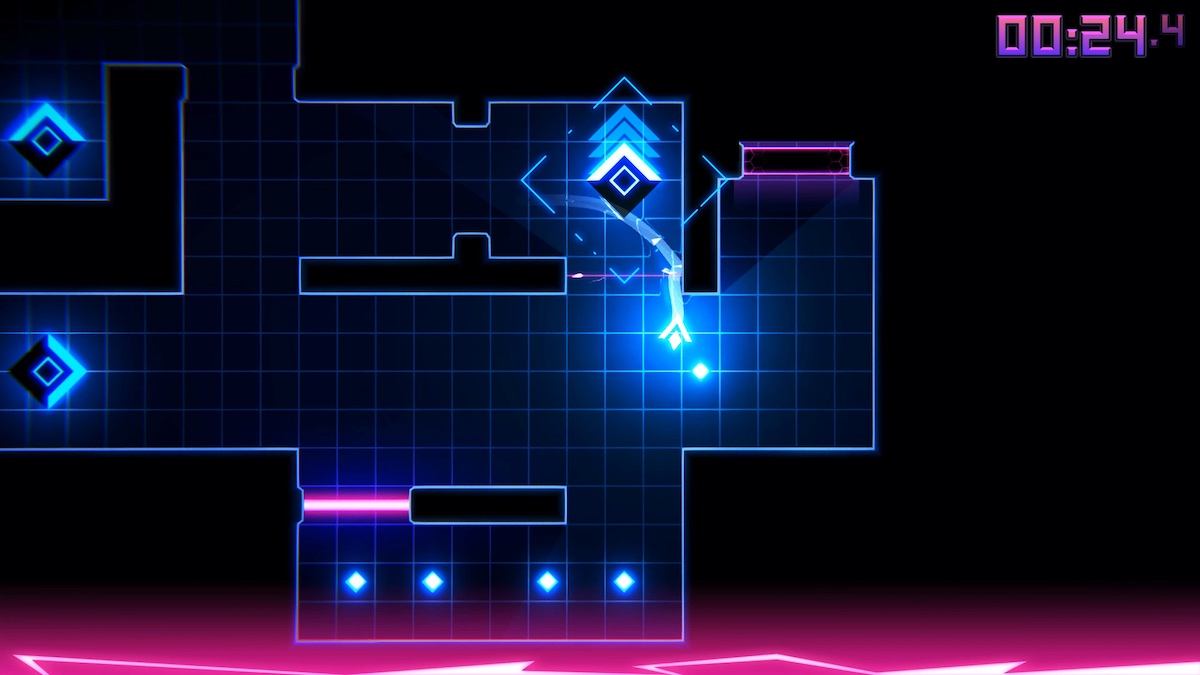 But here’s the thing — and let’s make sure too give it its full and proper title, Time Rift: Escape from Speedjail, for starters — there are plenty of 2D-orientated, frantic, muscle-memory games whose desires of achieving S rank and snatching all glaring collectibles are as unavoidable as the glaring attempt at some quirky, somewhat-comical narrative to accompany its gameplay. Gameplay that offers little-to-no shame in resorting to that stage-by-stage structure. No overworld to explore, no characters to get to know better, no grander ensemble of elements on show. You have x number of stages to complete; you start at point A, so best get to point B huh? The pitch is that simple and for anyone who’s ever indulged in this kind of hyper-reflex, time-savvy game, your first thought is on what makes Time Rift any different.

The ominous wall of pink can’t be stopped and levels barely last a minute before you’re flung into the next scenario. You might even look to its gameplay — the “puzzle-shooter” string with which the game uses to reel potential players in — and deem it nothing more elaborate than shooting down some barriers here and there. And yes, there are barriers to consider. Some that get rebuilt when you use the accompanying rewind mechanic, some that don’t and remain permanently destroyed. The mechanics aren’t why this premise is so immediately enticing, it’s the way Time Rift cuts right to the heart of things and pits great emphasis on being fast, but not illogical. Thus, the other key concept to Time Rift: both you and the instant-kill barrier behind you flow in the same direction. The only way to move and rotate one’s self is by using the accompanying blue diamonds scattered about each level. 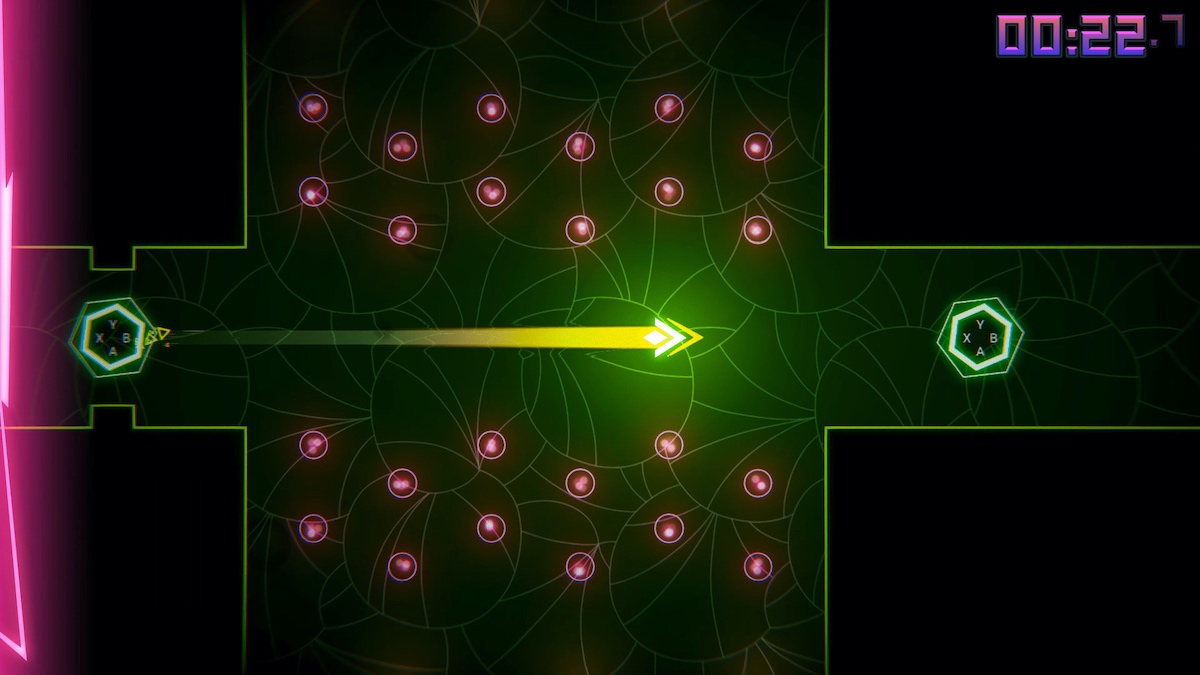 You might think this as, again, a simple-enough idea. But you’d be surprised at how easily levels themselves can trip you up. Having to rewire your brain and very perception on movement; the door is right there to your left, but because you’re pointing up, you can’t move left. Especially when you factor in optional collectibles and the aforementioned gates you have to destroy — without undoing any action once the rewind function is required. Time Rift is less about mindless whizzing in-and-out and more on which steps you have to take so as to attain said mindless whizzing in-and-out. Particularly in spots with many a direction-changing icon, gates and projectiles to avoid, even if you’re not the kind of person avidly rushing to get a quick time, the overbearing pressure can lead to many a stupid mistake. A perk that, for all its minimal visuals, Time Rift executes on in a wonderful way.

The question is just how far can this game mix things up before all becomes stale? How far are developer Lightshards willing to throw their players into a flux of stress and anxiety, over something they have to break apart and really consider? How far can the concern of failing be pushed, for that perfect balance between puzzle and solution, to remain? Considering the abundance of narrow passageways and the occasional loop back to a previous area, the longevity of a game of this ilk is in how clever it can be with its race-to-the-finish premise regardless of complexity. The concept is quick to get onboard with and it’s partly that reason why it’s inviting to tackle. Blunt and sufficiently to-the-point with its rules, on top. Amidst a crowded market of hasty, level-for-level games in years’ past, even for a demo of a relatively short span, Time Rift‘s puzzle-shooter pitch does feel a little deeper and more warranted a closer inspection in due course.