With a large void left behind by the cult classic Mirror’s Edge and its ambitious but lackluster sequel, many indie developers have stepped up to the plate to try and capture the thrills that comes with fast-paced first-person platforming. The likes of SEUM and Celaria have offered unique takes on the sub-genre, with one of the latest attempts coming from the team at Blazing Stick in the form of Cyber Hook, an upcoming parkour game with a bright neon aesthetic and a titular grappling hook. With the promise of over seventy levels at launch and worldwide leaderboard support, Cyber Hook’s potential for endlessly replayable speed-running challenges as players slowly chip away at their best times is strong by itself. But after getting some hands-on time with the upcoming platformer, a key focus on mechanics that are easy to pick up and interpret but deep enough to master makes Cyber Hook a speedrunner’s paradise. 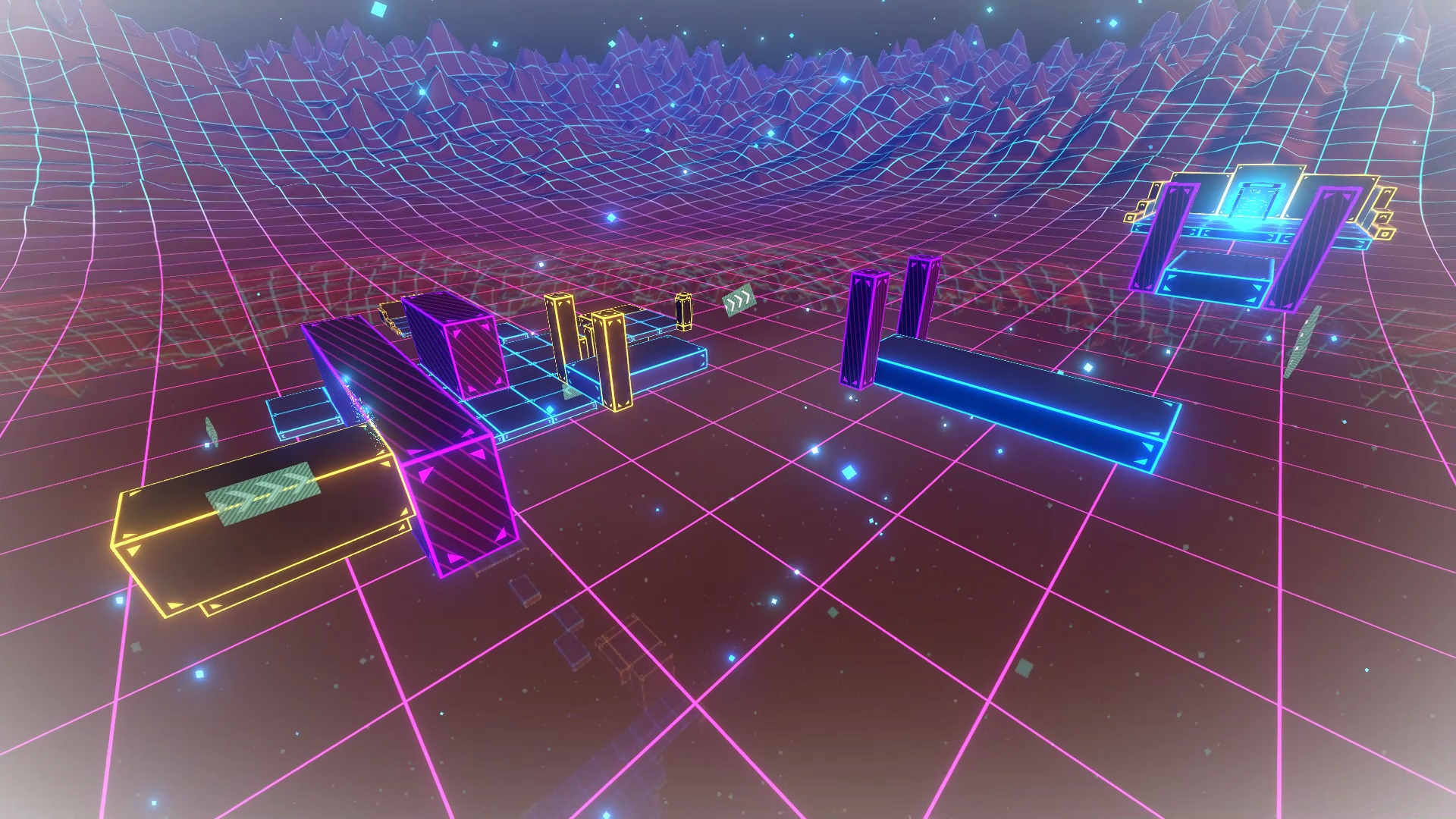 Right off the bat, Cyber Hook makes it clear that the gameplay will be at the forefront of the experience, as a brief sequence at the beginning serves as the only bit of story present within the demo. Afterwards, the tutorials (provided by a small floating computer monitor) introduces three of the key abilities players will have at their disposal: the grappling hook, which can latch onto and draw the player into any blue surfaces; a time slowing ability, which comes in handy when trying to prevent mistakes from becoming deaths; and a finger gun, which can break apart green blocks after a single or multiple shots. The courses also featured wind tunnels that launched you across long distances, neutral yellow surfaces and deadly purple surfaces, which represent the only way to die outside of falling to your death.

With all of this knowledge at hand, Cyber Hook proceeds to throw players into small-scale challenges that offer an impressive sense of verticality without ever seeming overwhelming. Early on, it becomes clear that maintaining your momentum is key to reaching the goal with the best possible time, detaching your hook from floating platforms at the right moment and trying to retain the speed boosts provided by wind tunnels or gravity without hitting obstacles in your path. When trying to attain a perfect rating of three crystals, even small adjustments can have huge impacts, such as using your hook on the floor instead of running for minor bursts of speed and fully surpassing sections of the level by gaining enough vertical momentum to just get in reach of the bottom of a blue platform. The sense of speed is easily perceptible and makes the hunt for the perfect time all the more thrilling, while the instant restarts make deaths feel less frustrating and more like small steps in the right direction. 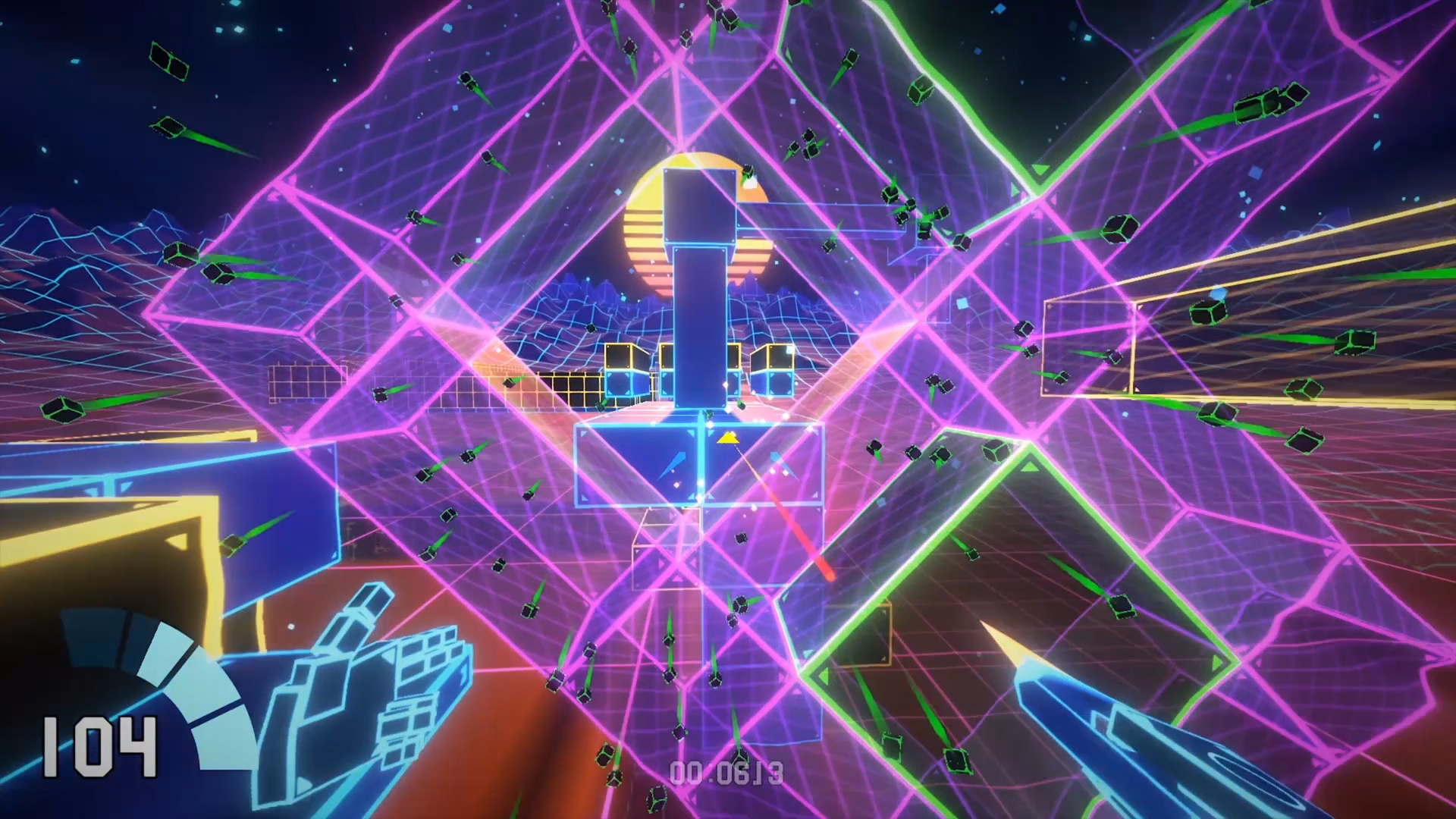 Without any additional mechanics or new environments, our brief time with Cyber Hook established strong fundamentals that could last speedrunners and more casual speed-loving gamers hours as they establish and refine their paths to success. But with dozens of new levels planned for the full game, Cyber Hook has laid the groundwork to stand tall as an enjoyable first-person parkour game.