After nearly twenty years, a beloved farming experience is coming back. Harvest Moon: Friends of Mineral Town first arrived on the Game Boy Advance back in 2003 and drew many into the wonderful, welcoming world of Harvest Moon. Now it’s 2020 and Bokujō Monogatari is known in the west as Story of Seasons and no longer published by Natsume. Alongside 3DS and Switch releases of new games, the GBA classic is coming back in totally remade fashion as Story of Seasons: Friends of Mineral Town from XSEED.

Story of Seasons: Friends of Mineral Town feels in many ways like the game fans remember, but with tweaks that keep it current. Those who come to the title from alternative farming games like Stardew Valley will also feel right at home, since that was inspired by classic Harvest Moon games. Players start on an old, messy farm that needs to be brought back to its productive former glory. This requires tons of work over in-game weeks and months to grow crops, tend to farm animals and make friends with townsfolk.

So far the game looks like a great mix of old and new. The storyline and characters are the same as the original but with a fresh coat of graphical paint. Existing fans may feel the game is “just as they remembered” the original to be, but that’s not really accurate because there have been many tweaks under the hood. They’re just implemented well enough that fans won’t likely notice. For example, managing items and tools on the original version was restricted due to the few buttons on a GBA. With the ability to now play on a modern gamepad or mouse and keyboard, it’s much easier to select exactly what item you want to use at any time. 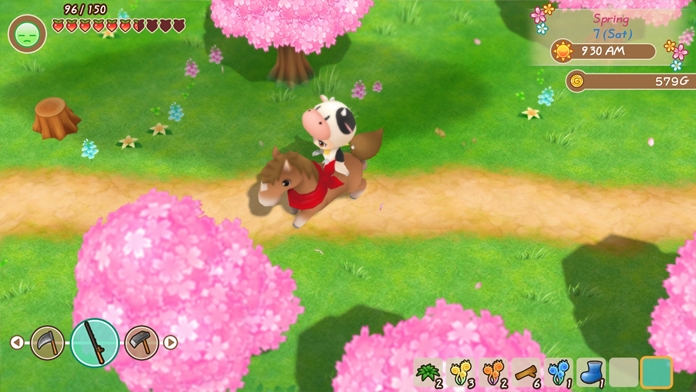 Then there’s the matter of different content between versions. Whereas players had to pick between Harvest Moon: Friends of Mineral Town and Harvest Moon: More Friends of Mineral Town to play as a boy or girl, now you can play as either. This extends to the bachelor/bachelorette system which now allows any character to marry any of them, regardless of gender. Tweaks like these make sense in 2020 since the original game restricted marriage to opposite sex couples. A “best friend” same sex ending was only available in the Japanese release. It’s a great move that lets players choose from all potential romances rather than restricting them.

Other updates include features that are now commonplace in Story of Seasons. For example, there are two difficulty options which didn’t exist on the original GBA version. Playing on easy provides an instant boost to money, for example. Items stack as well, which has been the case for a few years now, and is a great update to incorporate. Feature updates like this ensure that players coming from recent Story of Seasons titles won’t feel too alienated by the remake. Other than these tweaks, there are a few other changes from the original. There are more crops to choose from alongside new animals for your farm. These include more recent critters that have become series favorites, such as alpaca and angora rabbits. 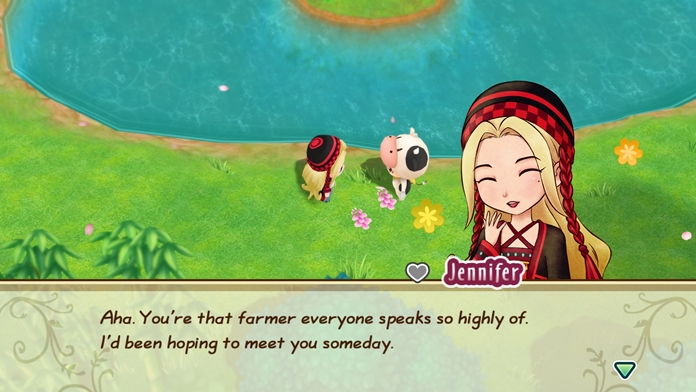