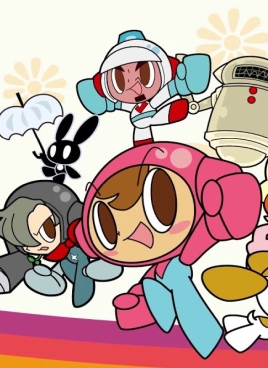 Mr. Driller DrillLand is the fifth entry in the long-running Mr. Driller series and the only one to release across multiple generations of Nintendo platforms. Originally released on the Gamecube in late 2002 in Japan, it featured the best overall graphics in the series, with its higher-resolution art making it a natural fit for a remaster on modern hardware. It comes out at an interesting time because in its heyday, the series was well-regarded for being a great puzzle experience, but being lean on content. Now, we’re in an era with a lot of “just one more run” arcade-style games being back in vogue. The Switch’s eShop is littered with games like this that are simple in theory, but addictive and keep you hooked on the premise. Titles like Timberman Vs., Jumping Joe and especially Diggerman take that idea and run with it.

The Mr. Driller series itself has its roots in Dig Dug, and the main character Susumu is actually the son of Dig Dug’s Taizo Hori – bringing two similar game concepts together across nearly forty years of gaming history now. The series has you digging deep underground with the goal being to go as far as you can while still not only keeping your oxygen levels at a reasonable level, but knocking out support blocks and hoping that doesn’t result in you getting bonked on the head one too many times by bricks that are above you. It’s a fast-paced game and one that has excelled across every platform it’s been released on.

The further down in the stage you go, the less oxygen you will have — resulting in the player needing to carefully pick up as many oxygen capsules as possible to ensure that they can keep going on safely. Being mindful of your environment is always key as you need to make sure you don’t drill carelessly and send too many blocks down towards you. While you can sometimes outrun them and essentially hide under a larger colored block, you may very well get crushed and end your run if you aren’t careful. DrillLand features more content than any other entry in the series, with themed stages that each offer their own challenge. 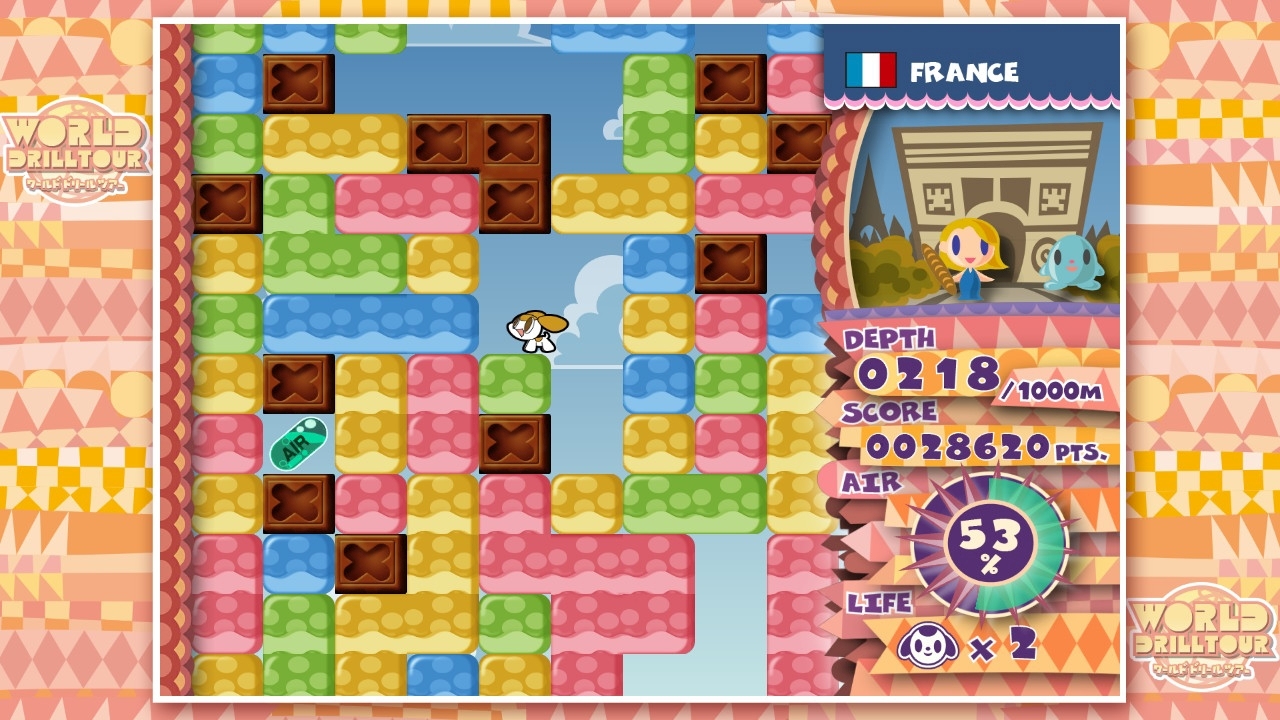 The Drill Land theme park motif is used as a way to offer up different types of “parks,” each with their own setup. World Drill Tour uses a Pac-Man type face to evoke Namco’s own past while using the more traditional Mr. Driller gameplay where you go from the top of the stage down 500 meters to the bottom. This is the best stage for those who either new to the series or rusty to get their feet wet as it’s the most forgiving and offers up a chance to learn the ropes. Beyond just having to make sure you make it to the bottom, you will be able to figure out the timing on things like climbing blocks to do things like grab air or depending on the stage, random power-ups that can either help or hurt you depending on the circumstance.

This section allows you to pick from any of the half-dozen characters and tinker with them to learn their skills. Some, like the adorable dog Puchi, can climb up two blocks instead of one, while others like the robot Horinger-Z are able to withstand a hit and not take damage — making them ideal for those honing their craft. While this is a simple game, there are a lot of little tricks to pick up to truly excel at the normal game. Drilling through stone can wear you out, but will pay off if it enables you to grab two air capsules side by side. You can also take advantage of the color-matching tiles to form chains and break off large chunks of the stage. This will quicken your descent and may open up more chances for air capsules — but it can also send stone on top of you, adding to the risk. You can also opt to dig a few bricks out towards the end of a stage knowing it will take a life if your air is low, but if you have one to spare, you’ll be further along and have a refilled air meter better ensuring your chances of victory.

Outside of World Drill Tour, every stage has a gimmick to it that you have to be mindful of. The space stage is similar to the regular game, only with question mark blocks that can do things like refill your air — or open up a black hole that sends you to the beginning of the 100 meter section you’re on without resetting your air meter. Opening up the boxes nets you more points and with those you can get various stage-specific buffs to make your journey easier. If you’re struggling, you can also choose to play through a casual mode that’s a bit more forgiving. While you still can’t take anymore hits when it comes to falling blocks, your air meter does drop at a slower rate of speed — so there’s still a fair amount of challenge offered up. 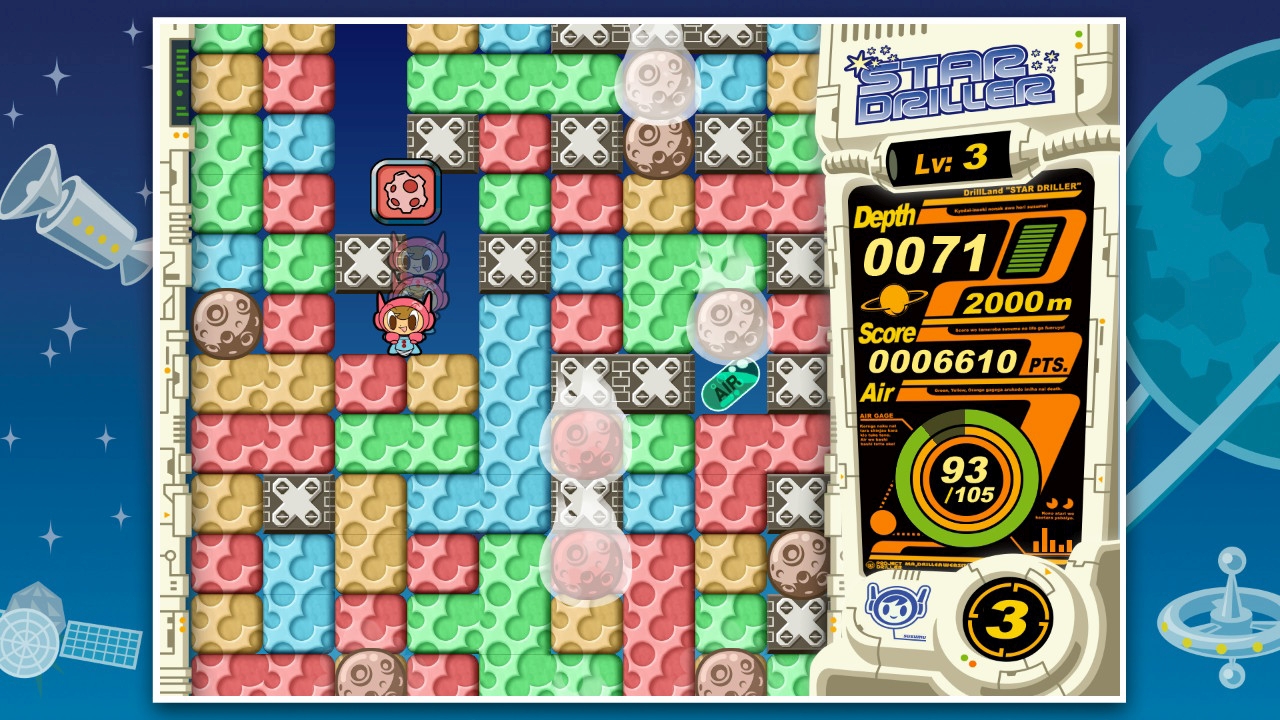 The other stage themes offer up massive challenges, with the Druaga-themed one not only giving you a princess to rescue, but also throwing in RPG tropes in the mix like monsters to slice and dice while you conserve air and avoid falling debris. The Indiana Jones-inspired stage pits you against not only the usual hazards, but also falling rocks that can hit you from any angle — resulting in a lot of learning what not to do before you figure out what to do. The haunted house level pits you against ghosts and blends digging with using holy water to disperse the specters. There’s a ton of variety offered up here and it’s one thing that puts this entry in the series atop the others. It may not deliver as much of one kind of action, but it delivers on offering up more variety than not only any other entry in this series, but most other puzzle games as well.

Playing on PC feels natural, with the Xbox One controller working like a charm. What surprised me was just how efficient the game is with a keyboard. Your arrow keys move you around and space digs while J acts as your holy water-distribution key and the interface works well. Movement is a tad snappier using the arrow keys than it is with a d-pad and that can be a big deal when you’re surrounded by hazards and have to make a split-second decision on your last life right at the end of a stage. A controller still feels more natural, but keyboard controls are still organic and are more responsive with a minimal learning curve. 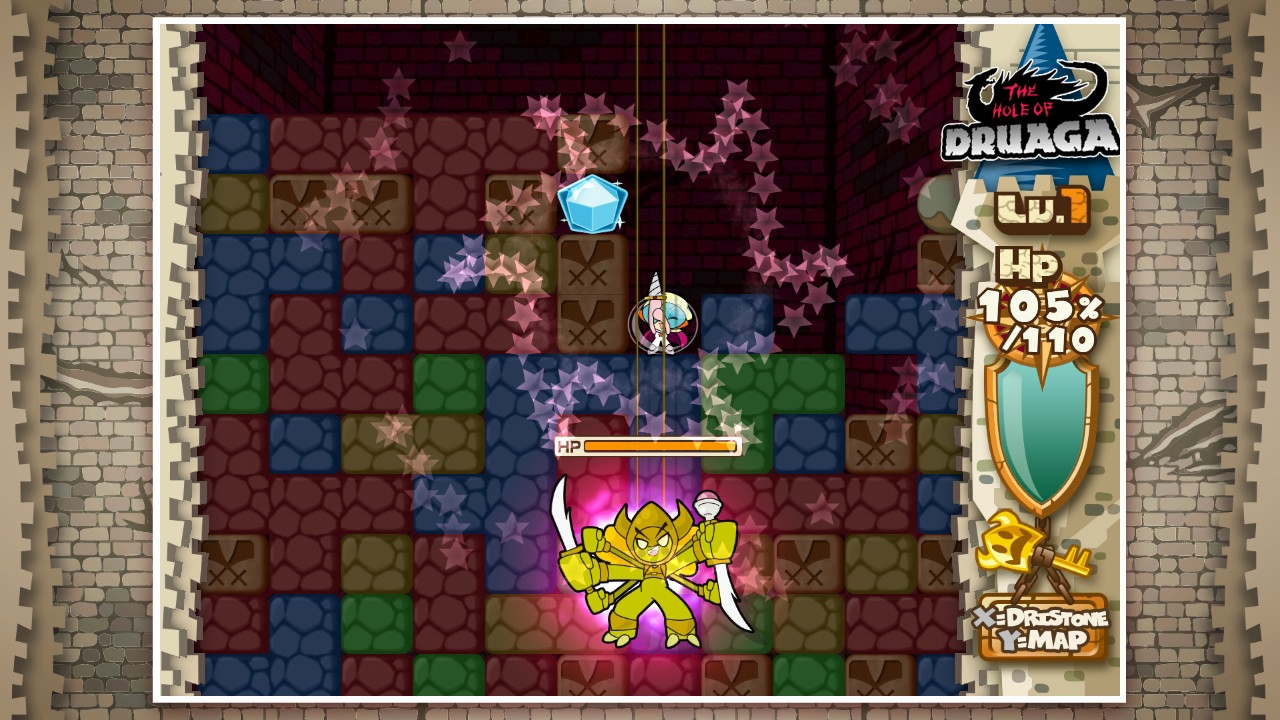 Visually, outside of some 4:3 content like the Disney World-esque neon light parade getting 16:9 border art, you would never know this was a game from 2002. The cutscenes are widescreen and don’t appear to be stretched out versions of the original, while the playing field has been given just enough of a UI around it to disguise the fact that it too is a 4:3 area. Normally this kind of thing is blatant and border art can be distracting — to the point where in literally any other game, especially compilations, it’s a must to just leave pillarboxes up. That never came across my mind here, however, as so much visual content was added it never bothered me. The art assets are high quality and hold up nicely on a bigger screen.

The soundtrack is fantastic as well and the music changes with the theme for each stage well. Tiny things like your characters’ depleting air being indicated by small sirens and verbal cues help out in case you lose track of things and the drilling sounds themselves change depending on not only what you’re drilling, but which character you’re using as they each have different methods to dig through the stages. The original Japanese audio is retained and subtitles have been included. It may seem odd to not have dubbing, but given how little story there is, the sub-only approach is fine and helps the game retain some of its silly charm. 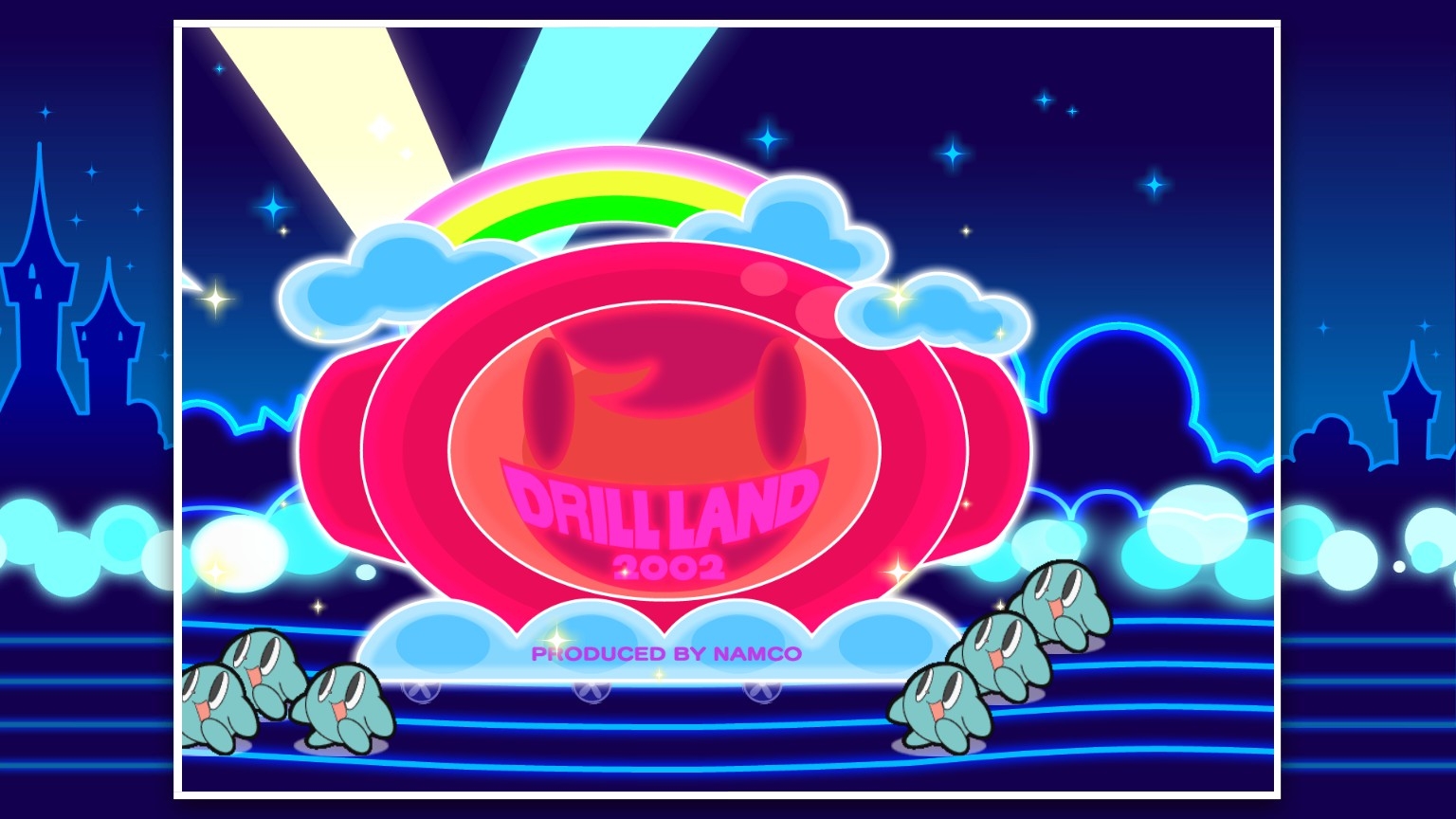 Mr. Driller DrillLand is a top-notch puzzle game eighteen years after its initial release and doesn’t look or feel its age at all. Quite a bit of care clearly went into making sure the game looked and played better than ever before and things like a revamped UI and border art help it look like a newer game than it is. The core gameplay is far more robust than any other entry in the series, and for that matter, many puzzle games since. It’s an addictive game and the theme park trappings help it play host to diverse themes that you normally don’t see in puzzle games, alongside adding in gameplay mechanics from other genres to keep things fresh. It’s a must-buy for any Mr. Driller fan or any puzzle fan in your household.