To show solidarity with one of our underrepresented and marginalized populations, Square Enix has joined in Pride Month celebrations. Each year, the month of June is devoted to celebrating and learning the history of the LGBTQ+ people. This is a population that often sees the wrong end of the Human Rights struggle. These are our neighbors, co-workers and even family members (65% of LGBTQ consumers play video games, so we’re everywhere).

Legendary artist of the distinctive Final Fantasy IX and Crystal Chronicles, Toshiyuki Itahana, lends his talents to Square Enix’s Pride mascot. According to Itahana, the mascot represents more than just a colorful character, “The character represents diversity and freedom, with its multitude of colors being the diversity aspect..I designed this character hoping that the world can become even more free and diverse in the future.” Pride mascot is also available as a downloadable avatar for social media. 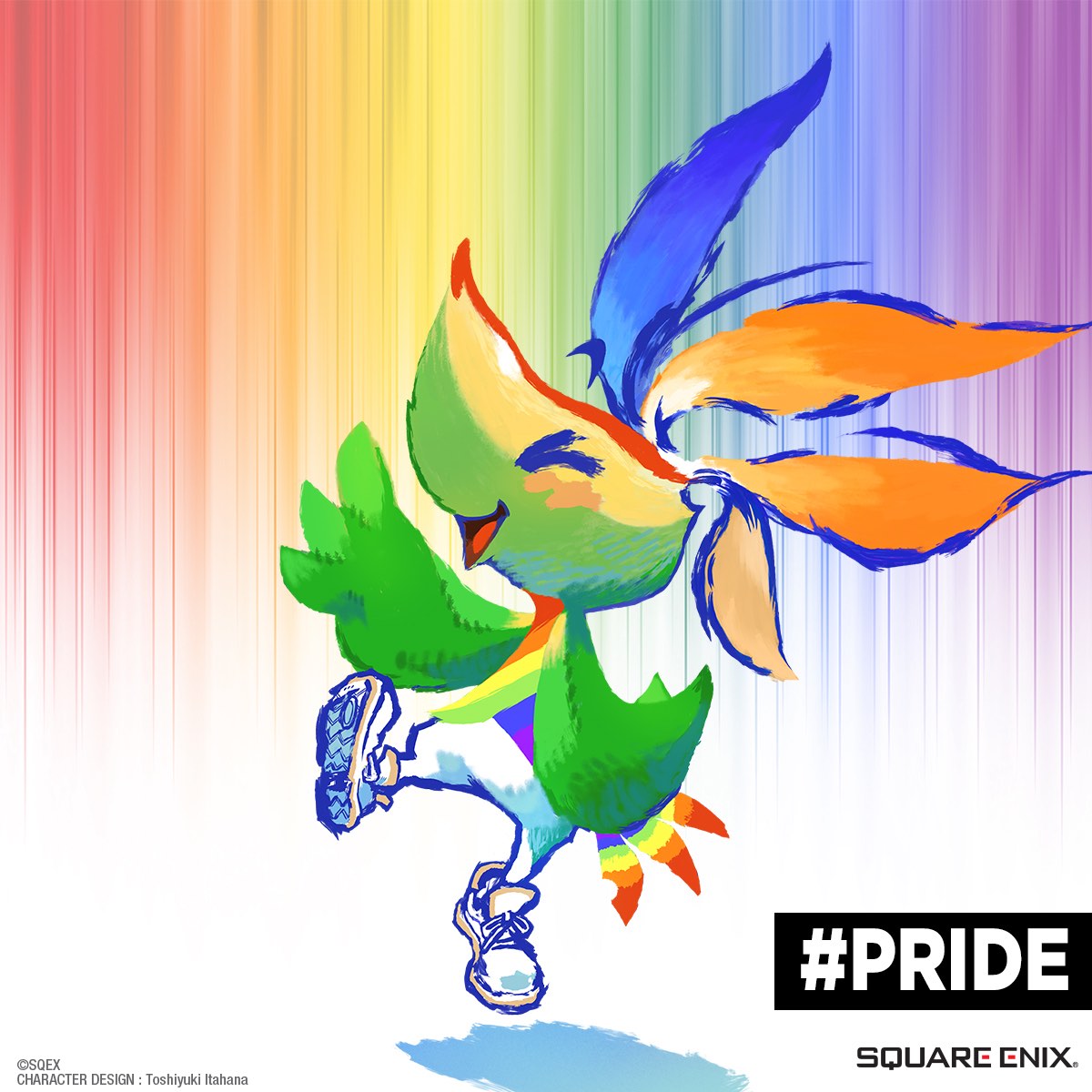