By all appearances it seems the Endless are a poorly-named race.  They traveled the galaxy long ago and left behind plenty of evidence of their existence, such as the ruins on the planet Auriga Prime, but that’s it.  They’re gone; the Endless ended long ago.  The remnants of their civilization, on the other hand, are robust enough to survive long past their creator’s disappearance, as the prisoner ship Success found out when it tried to land on Auriga Prime.  The ship was destroyed but its safety systems got the prisoners to the surface relatively unharmed, except for the bit that “surface” is actually deep in the heart of an Endless ruin.  The turn-based squad gameplay sees a group of prisoners working to escape the dungeon, guarding a crystal while powering it with the Dust dropped by defeated enemies or found in the dungeon, taking the elevator floor-by-floor to the surface if they can only survive that long.  The Endless may not have lived up to their name but the dungeon they created just might.

Dungeon of the Endless has actually been around for a good while, having originally come out on PC back in 2014.  It saw a number of upgrades and add-ons post release, but it still took a while for any console other than Xbox One to get a port.  The Switch and PS4 saw a release back in May, including all DLC except the Steam-exclusive Team Fortress 2 characters, and it was only a short matter of time before the game got a physical release to go with the digital one.  Dungeon of the Endless actually shipped several weeks back but, thanks to the slowdown on international shipping, just arrived on this side of the Atlantic the other day, and now that it’s finally arrived here’s a look at everything that comes inside.

Starting from the top is the standard Signature Edition box, which is a sturdy package with the cover art on a slipcase that goes over a black box with the Signature Edition logo on it.  This packaging has remained consistent for all releases for over a year and a half now, leading to a nice looking shelf if you’ve got a few to rack together.  The shipping box also includes a two-sided postcard. 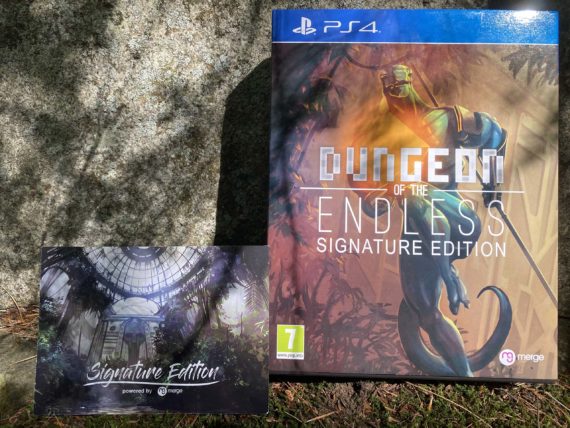 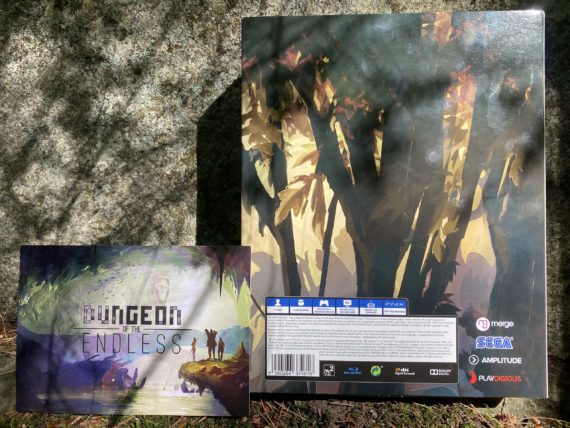 Inside the box comes the individually-numbered card at the top, covering up all the goodies underneath.  The foam packaging holds everything snug and secure, with little chance of anything rattling around loose inside.  While I generally get Switch games from Signature Edition, the padding is probably a good reason why I haven’t gotten a single disc loose off the infamously terrible spindle of the PS4 case. 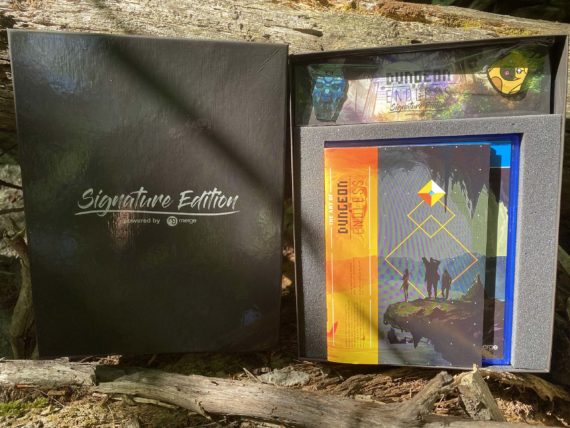 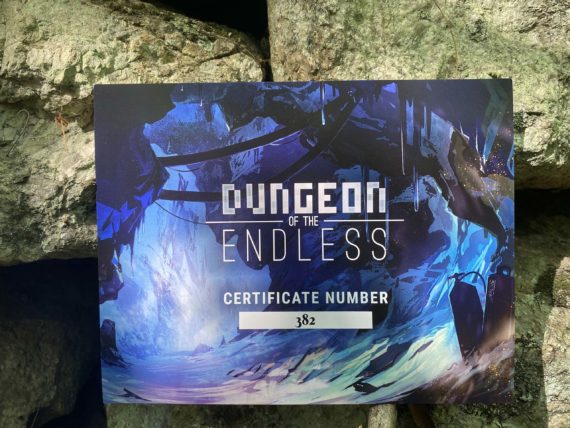 Sitting on top of the game is the art book, which is a hefty little thing clocking in at 52 pages plus covers.  It goes over a huge amount of detail, complete with annotations, covering characters, enemies, environmental art, machine designs and more.  The text font could be bigger, but the art is fantastic. 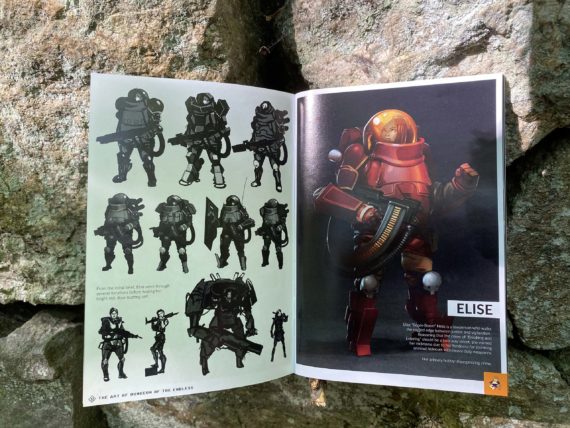 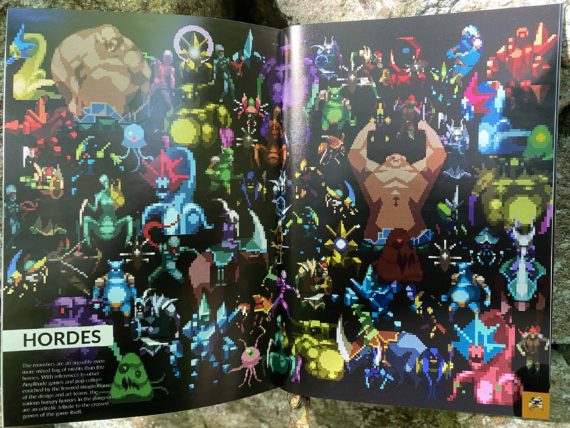 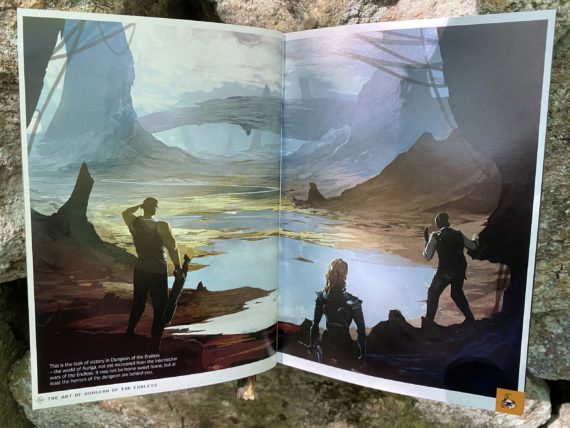 Below the art book is the game, complete with reversible cover.  Inside the case are a couple of bonus goodies, namely a mini-book with all the sprite art in teeny-tiny detail, plus a nice plasticy-rubbery keychain of the Success’ escape pod. 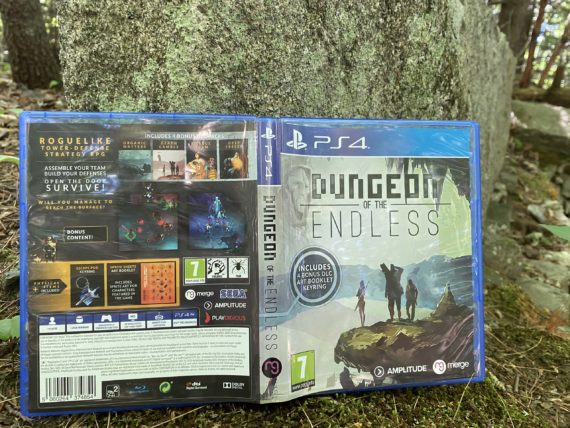 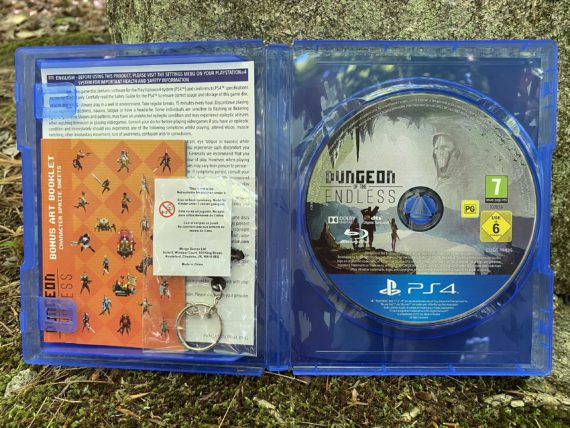 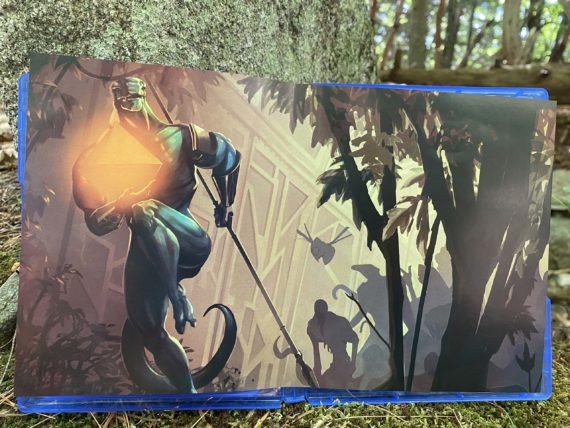 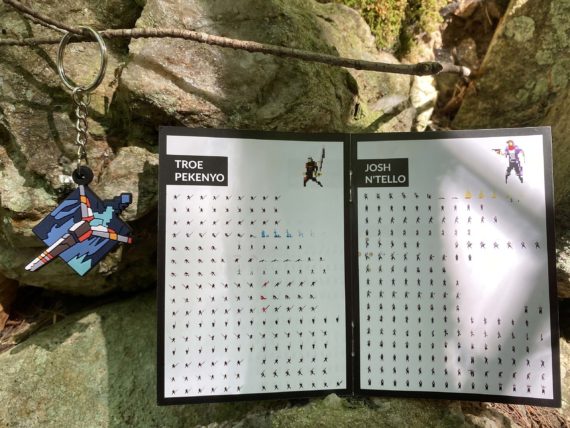 Finally, at the top, comes a pair of enamel pins.  The cute little doggy is Ayairi Whairydd, a super-smart shopkeeper companion and ultra-rare playable character, while the mask is a remnant of the Endless. 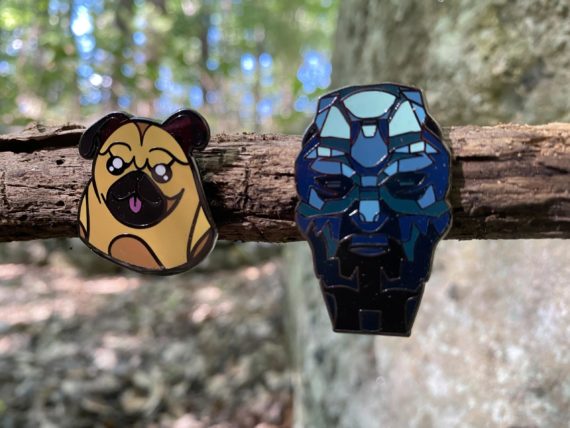 Dungeon of the Endless is a game that grew beyond its initial concept, becoming a solid hit on PC and gaining an enthusiastic fan-base.  While it may have taken a while to come to consoles there’s no question it’s a game that earned a fancy release.  One of the nice things about the Signature Edition line is that, while the line may not be the ultra-deluxe treatment, it still feels incredibly nice while maintaining affordability, coming in at only $15 more than the standard edition.  It’s a strong enough package, in fact, that while the Switch version is still available, the PS4 Dungeon of the Endless is sold out at the time of this writing.  Still, there’s plenty more on the way from Signature Edition, and that means a lot more unboxings to come.