The Dragon Quest X event that originally hit A Realm Reborn way back in 2014 is now available for existing players. Something to fill the void that the two month delay left, Square Enix has brought back the multi-FATE event for players to get some of the best rewards in the game. This is coming off the return of the Final Fantasy XI event that celebrated the predecessor’s eighteenth year anniversary. Here’s hoping we also also get back Lightning Strikes event that took place 7 years ago.

All you have to do is talk to Havak Alvak in Ul’dah to initiate the mission, and you’ll be on your way to complete the Breaking Brick Mountains quest. You will be given a Wind-up Brickman minion and Thug’s Mug helm, but most importantly, you’ll be able to purchase the ridiculous King Slime hat that jiggles every time you move. It is particular hilarious on Lalafell.

Unfortunately, for those completed the event back in 2014 won’t be able to participate as this is the same quest as before. The Breaking Brick Mountains event will be available for players to complete between now until July 27. 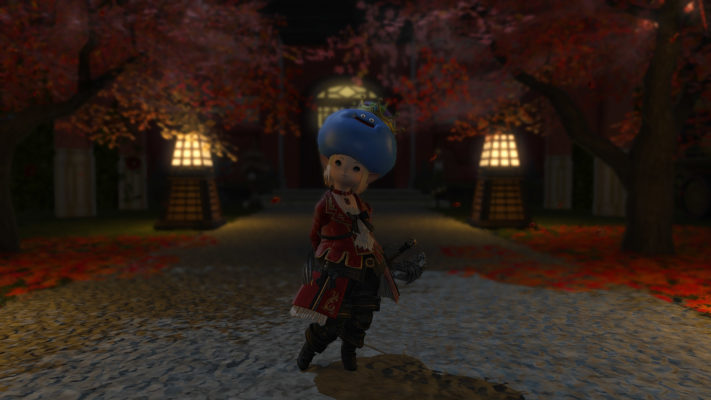