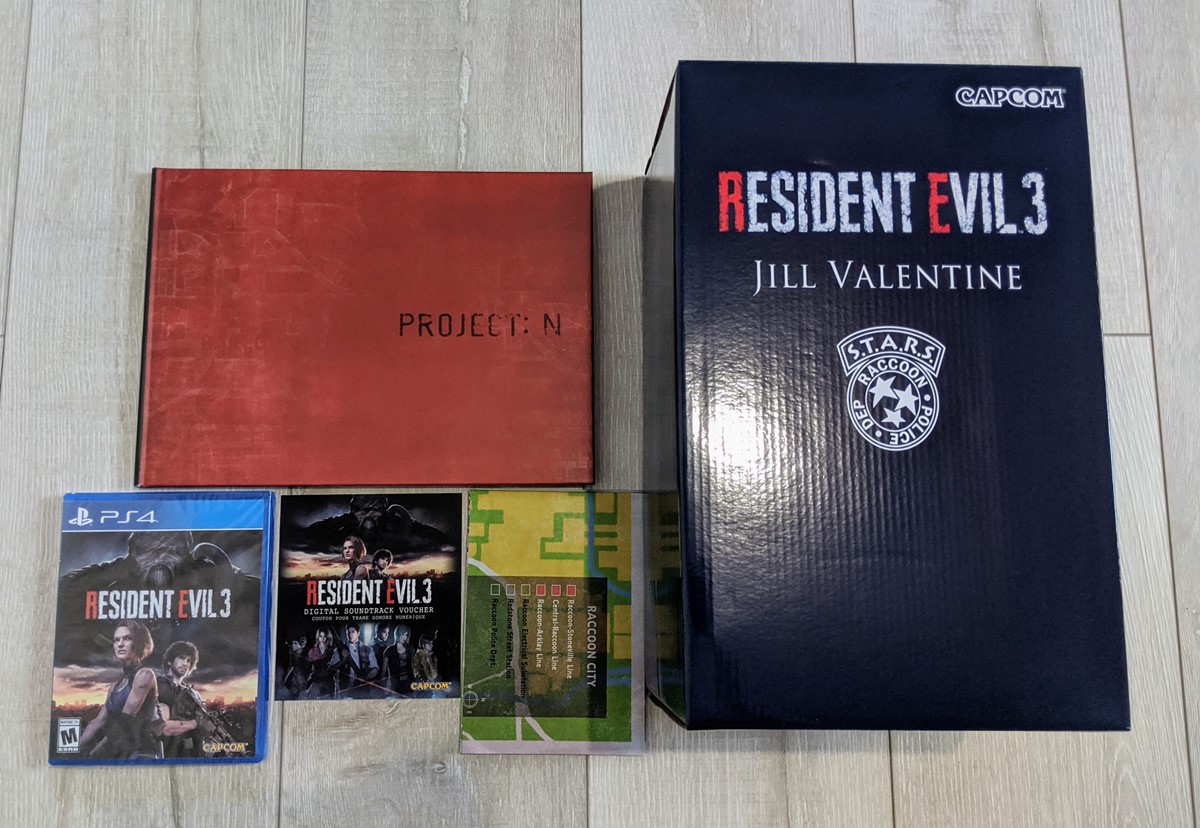 Resident Evil 3: Nemesis first launched on PlayStation 1 back in 1999. It was an engaging follow up to the beloved Resident Evil series and saw a few ports to Dreamcast and later GameCube. Much more recently, Resident Evil 3 received an incredible remake for modern platforms. Even though the remake has been out a few months, the whole COVID-19 situation delayed the shipment of some people’s copies of the Resident Evil 3 Collector’s Edition. If you were one of those folks, or have still not picked it up, here’s a look at everything included within. 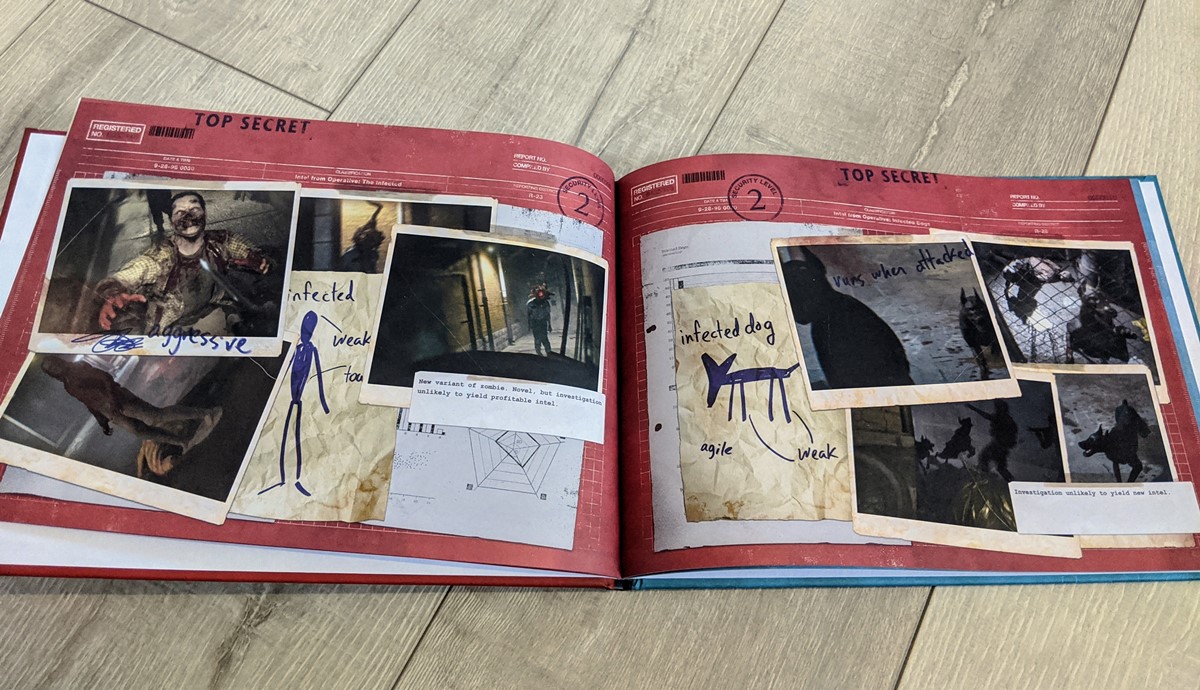 Available for both PS4 and Xbox One, the Resident Evil 3 Collector’s Edition brings together a host of items sure to please series fans. Unfortunately, there’s no special edition for the PC version. Included within the box is a copy of the game, digital soundtrack flyer, art book, map, and most notably, a Jill Valentine figure. The special edition comes wrapped in a thin cardboard sleeve that details the contents within. Once slid off, however, the actual box was designed to look like an item box within the game. It’s a cute detail, though the box is probably too large to be displayed on a bookshelf. It measures in at 11 ½” x 9” x 16”. 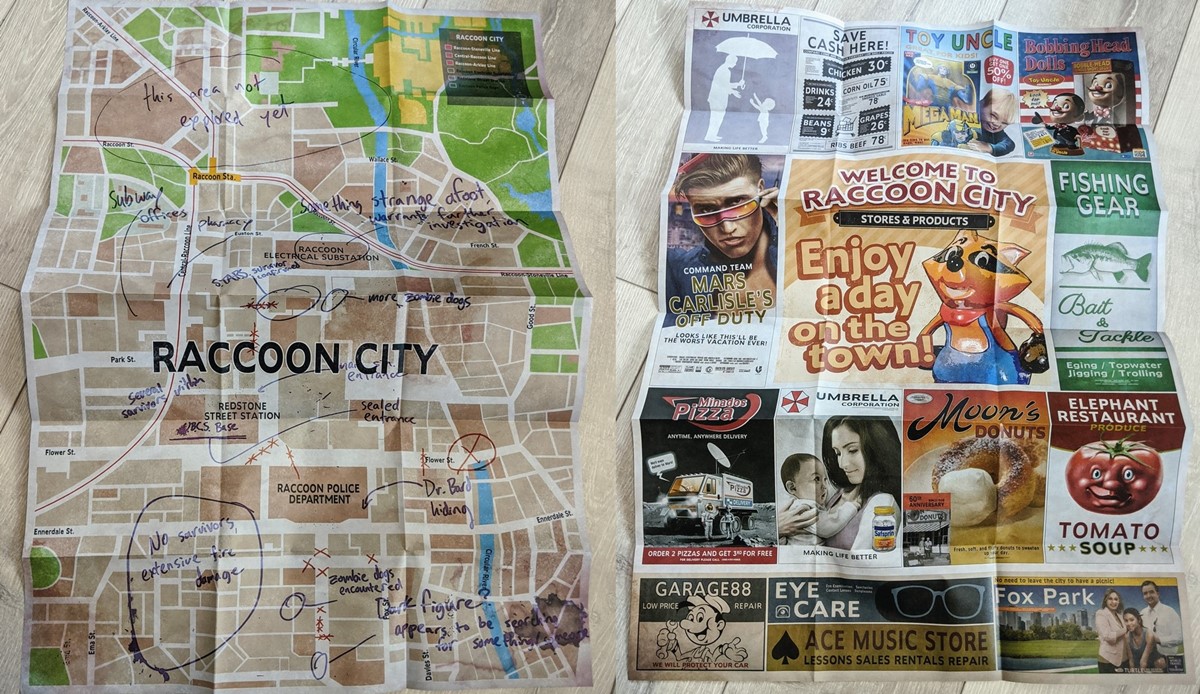 More excitingly, there’s a cool two sided poster which the Collector’s Edition refers to as the map. Yes, one side is indeed a map based off the in-game map. The other side is made to look like a newspaper from within the Resident Evil world. Both sides are awesome for fans because they look realistic with hand-written notes and stains. The map’s too big and unlabeled to make it actually useful, but it’s a cool piece. The newspaper ad side is great fun because it features many of the fictional in-game companies. That includes the unfortunately-named “Toy Uncle” store. 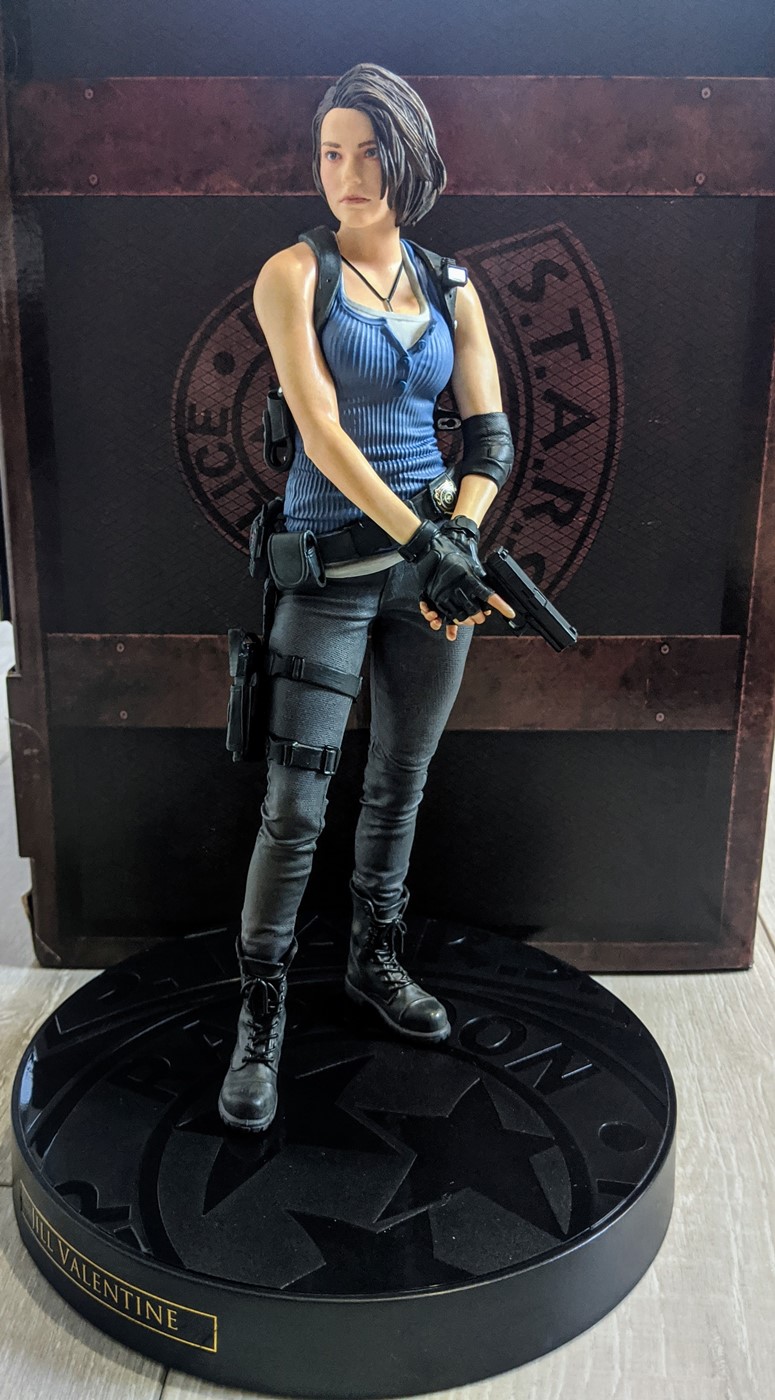 Finally there’s the coolest piece of this entire set. This is of course the Jill Valentine statue. She stands tall at 11” and is dressed in her Resident Evil 3 garb. The base and figure are two separate pieces which snap together via four short pegs. The base features the S.T.A.R.S. logo design and Jill’s name on the front. The Jill figure is of higher quality than some other collector’s edition figures that have come out over the years. Sure, it’s not the quality of a $150+ figure, but that could hardly be expected either. Fortunately, the painting is well done on this figure and does not show any mistakes such as over-painting or missing areas.

Jill’s gun is a separate item that must be placed in her hands. It’s a tight fit, but that means the gun shouldn’t simply fall out of its own accord when the figure is displayed. The figure and base are constructed of PVC, ABS and steel. As far as the base, it measures in at 8” wide and a little over 1” tall. Notably, if you’re lacking space to display the figure, it can also stand upright without any base. The figure and its base come within a cardboard box and plastic to ensure it doesn’t rattle around when not on display. 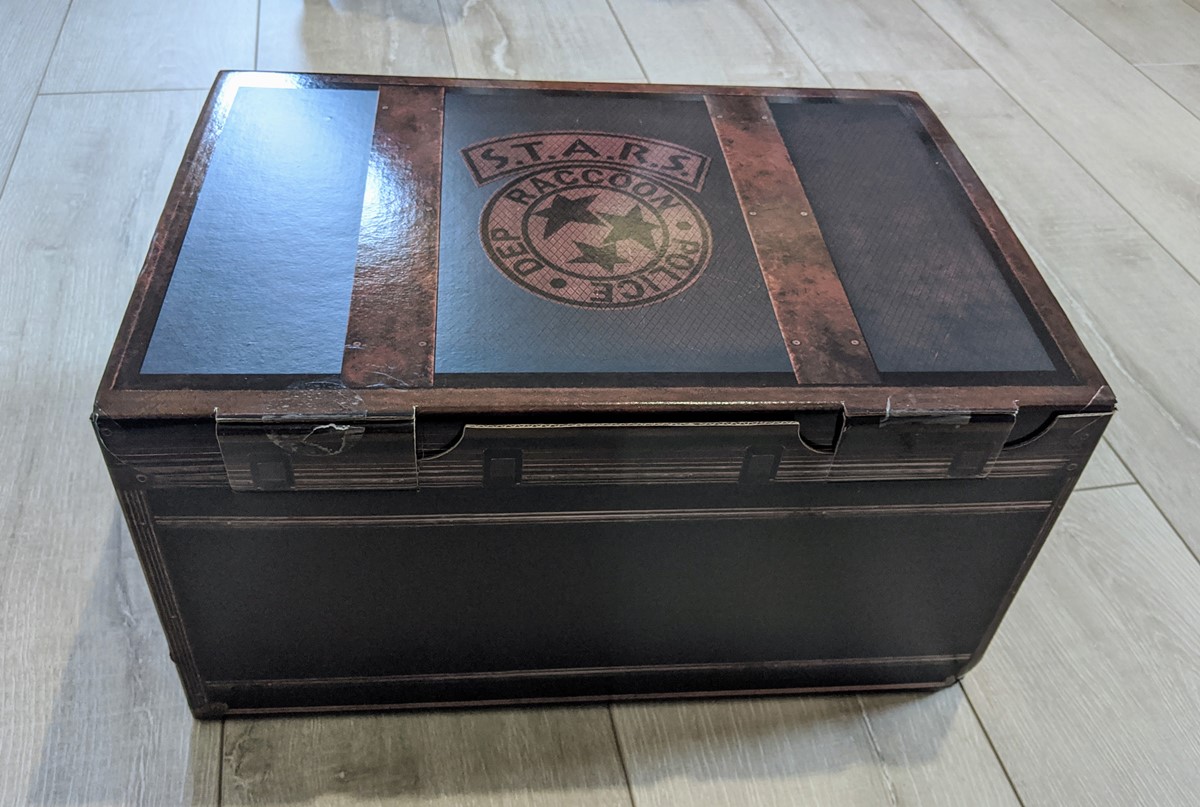 At its retail price of $179, the Resident Evil 3 Collector’s Edition is best marketed toward the Resident Evil lovers out there. Sure, it’s pricey, but the figure clearly explains much of the cost. The issue with this edition is that now flippers bought tons of copies. As a result, they are now trying to sell it off at $300. While it’s a cool edition, it does not make sense at such a high price. Hopefully a bit more stock comes through so that fans can pick it up at its retail price instead.