Assassin’s Creed has changed quite a bit since we first entered the Animus in 2007. Originally this was a series of action adventure stealth games that have morphed into action RPGs starting with Origins in 2017, with more emphasis being placed on toe-to-toe combat than stealth. Like any major change in an established franchise, there’s a division among fans between the old and new styles of Assassin’s Creed even though both have their merits and shortcomings. Assassin’s Creed Valhalla is a continuation of the newer action RPG incarnation of Assassin’s Creed. And if the timestamp of 142:36:18 to complete everything Odyssey has to offer is any indication of the scope of Valhalla, three hours isn’t enough time to render a judgment, but what can be said is those three hours were mostly pleasant.

Valhalla takes place in ninth century England and has the player stepping into the boots of a viking warrior named Eivor whose viking clan fled Norway for a better life in England. While Eivor is traditionally a girl’s name in Nordic countries, the player will have the choice of being male or female. For this demo we went with the male Eivor, though it was hinted that like Odyssey the chosen gender of Eivor won’t have any effect on the game outside of Eivor’s appearance or voice.

Maybe it’s due to the viking protagonist or the natural evolution of going in a more combat-heavy direction or both, but in the three hours with Assassin’s Creed Valhalla Eivor slaughtered dozens of enemies but only one was taken out through a stealth kill. The missions presented did offer some nice combat opportunities but stealth didn’t seem practical in any of them. Both the raid at King’s Bury and the taking of Burgh Castle felt as if they were trying to blend dynamic of Odyssey’s conquest battles with regular gameplay. This is great for people who prefer the newer Assassin’s Creed style, but may be disappointing for those longing for a return to the pre Origins era. 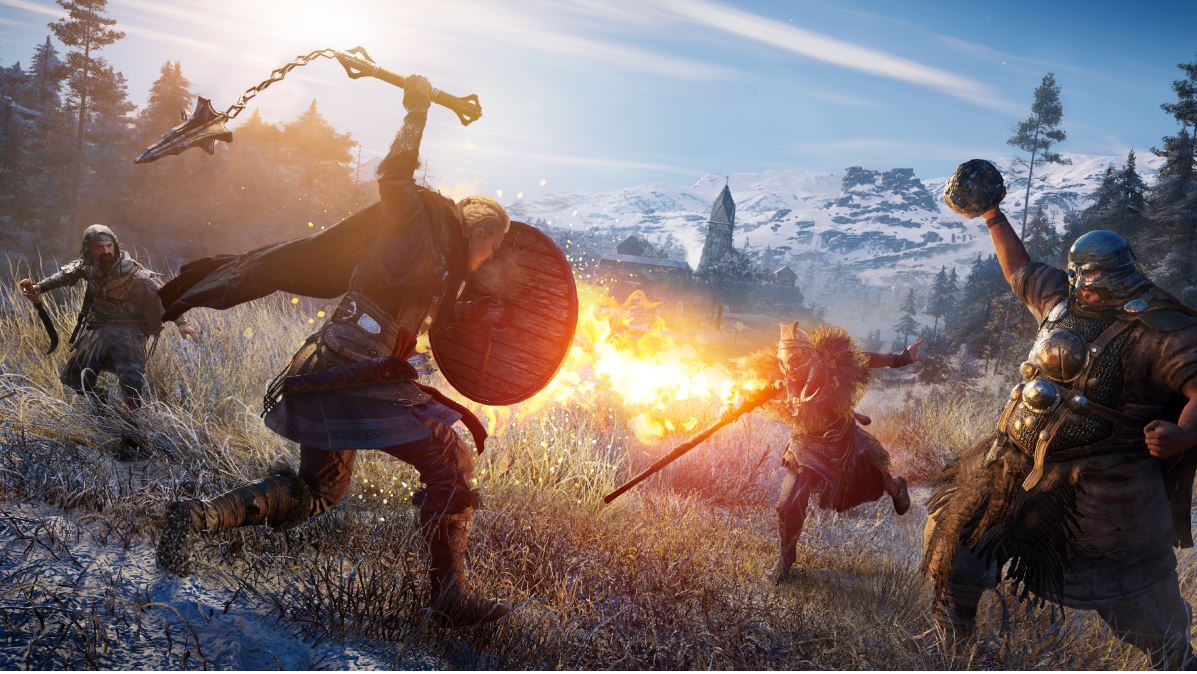 Regardless of what an individual’s preferred game style is, there’s something fun about viking warfare. In Odyssey it was common to use Ikaros to map out all the objectives and enemies in a stronghold and see how many stealth kills Kassandralexios can do before getting get caught. There may also be such opportunities for that in Valhalla but the raid was a different approach. Eivor just blew on his horn and the viking crew charged off the longboat into a melee with the defending Saxons. Combat mechanics have been reworked to allow for dual wielding where the off hand can hold either a shield or second weapon, though only light attacks are allowed with the weak hand. A well-timed parry can stun an opponent, opening them up to receive a devastating attack. Battle mechanics did feel a bit sluggish compared to the previous games, but that may have been lag due to playing Valhalla through remote streaming.

Taking Burgh Castle was also an enjoyable bloodbath, with the only hint of stealth was occasionally retreating back to the shadows to look for health restoring edible flora. This was a full head-on assault. Eivor and company used battering rams to bust open the gates to overtake the Saxons. The castle defenses were fortified with ballista and archers but thanks to the reliable video game logic explosive oil barrels are conveniently placed to easily dispatch the enemy with the high ground advantage. This missions culminates in a boss battle with Rued and his formidable hunting wolf. 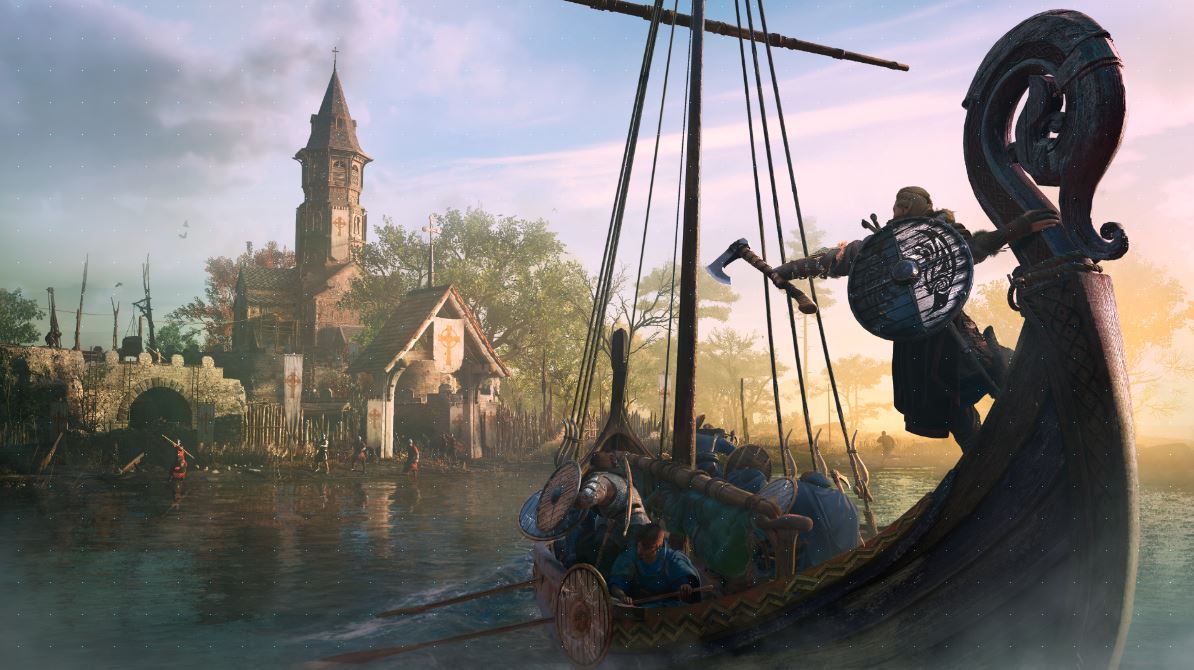 A viking’s life has other facets outside of killing their enemies in battle. Drinking mead was also an important part of viking life and Valhalla has plenty of opportunities to imbibe. Hearing rumors of drinking games, the first thing Eivor did after the battle at Burgh Castle was search for these activities. The search was unsuccessful at first, but a barrel of booze was discovered from which Eivor could freely drink. As he drank the screen became blurrier and more animated as Eivor stumbled throughout the village. Eventually Eivor sobered up only to find some proper drinking games. One of them combined an archery tournament with alcohol because there’s no way that could go wrong. The other was an old fashioned drinking contest, which led to a brief drunken romance that didn’t end well.

Social activity has always been a part of Assassin’s Creed and Valhalla is no different. Like previous assassins Eivor ends up meddling in the lives of important people in power and historical figures but also gets involves in taking on quests from various NPCs that never made it into the history books. A new way of interacting introduced in Valhalla is Flyting, which is basically what rap battles would be like if Europeans did them a thousand years ago. We were unable to get definite confirmation on whether or not the scourge of the tombs, aka snakes, would be present in Valhalla but while exploring the countryside Eivor was attacked by a pack of wolves, ensuring that the Assassin’s Creed tradition of ornery animals would remain intact. 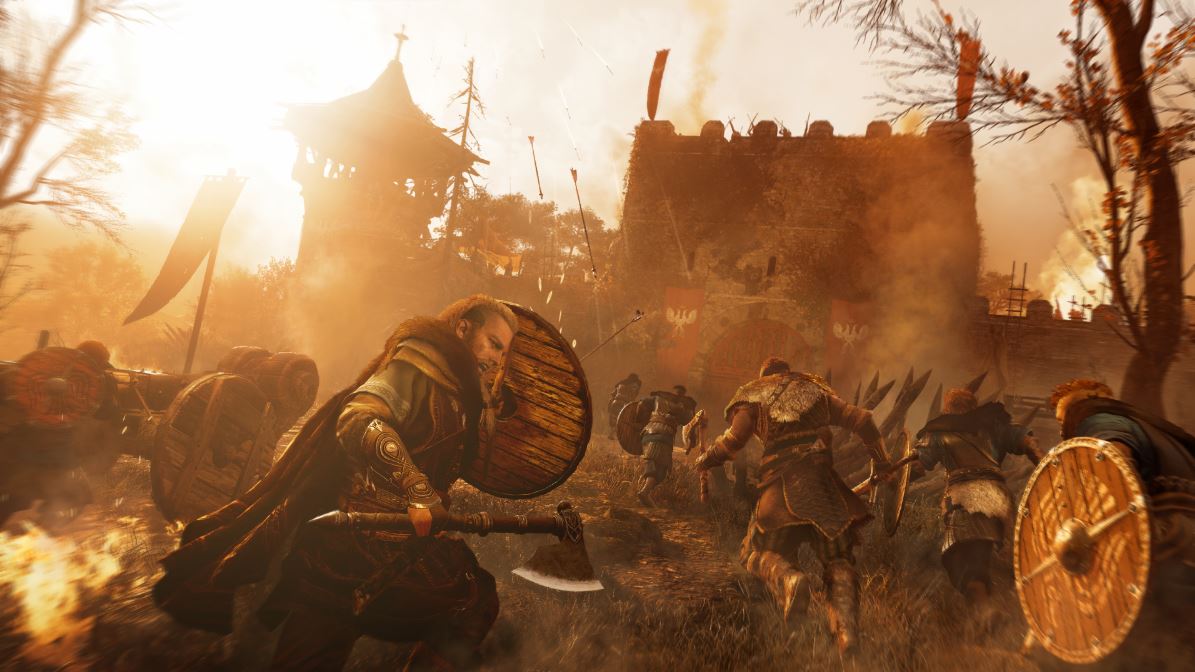 Assassin’s Creed Valhalla appears to be the next evolutionary step in the game format that began with Origins. The enemies didn’t have level indicators over their heads which can potentially be a good sign that level grinding might not be as big of an issue in Valhalla as it was in Odyssey. This particular demo didn’t showcase the settlement building portion so that aspect will remain shrouded in mystery for the time being. There are some changes, such as skills being on a node system and the dual wielding altering the feel of combat, but overall Valhalla feels cut from the same cloth as the previous two entries. A three hour play session didn’t reveal everything Valhalla has to offer, but it does suggest that dying on the battlefield isn’t such a bad thing.