It’s hard not to sound like a broken record when discussing Google Stadia. Despite an intriguing premise, Google’s fledgling platform continues to struggle eight months out. The idea of not having to buy hardware and access games anywhere was tempting, but technical issues and a lackluster library of launch games were significant issues. It’s an issue that Google appears intent on correct, which made their recent partnership announcement with Splash Damage so intriguing. With a history of working on multiplayer-focused titles with Microsoft, Warner Bros. Games and Bethesda Softworks, Splash Damage could remedy some of Stadia’s woes. 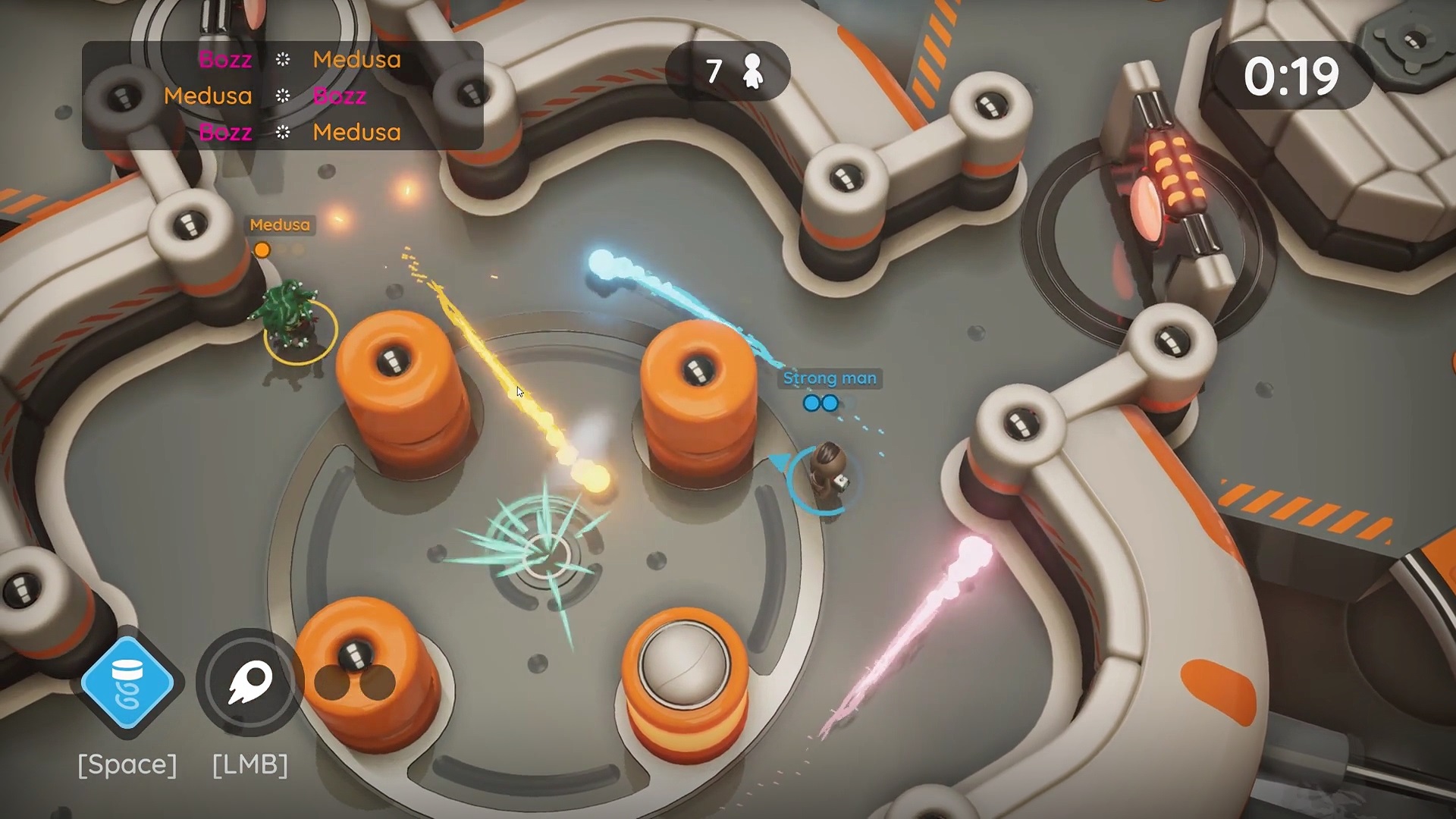 Outcasters was born out of a Game Jam between Splash Damage’s developers. The game managed to capture all the elements Splash Damage was looking for in a multiplayer shooter like Quake, including well-designed levels that encouraged learning every aspect of it, such as spawn locations, choke points and power-up spawns. What made Outcasters most appealing was its unique curve mechanic, which involves curving shots to hit enemies around the corner.

Players engage with Outcasters similar to a twin-stick shooter. Compatible with the Stadia Controller, DualShock 4, the Xbox One Controller, and a mouse and keyboard, players control their character with the left stick or WASD keys and aim with the right stick or mouse. Players can fire straight like a typical shooter or curve their shot around corners. While simple from a bird’s eye view, Splash Damage promises there’s plenty to master. 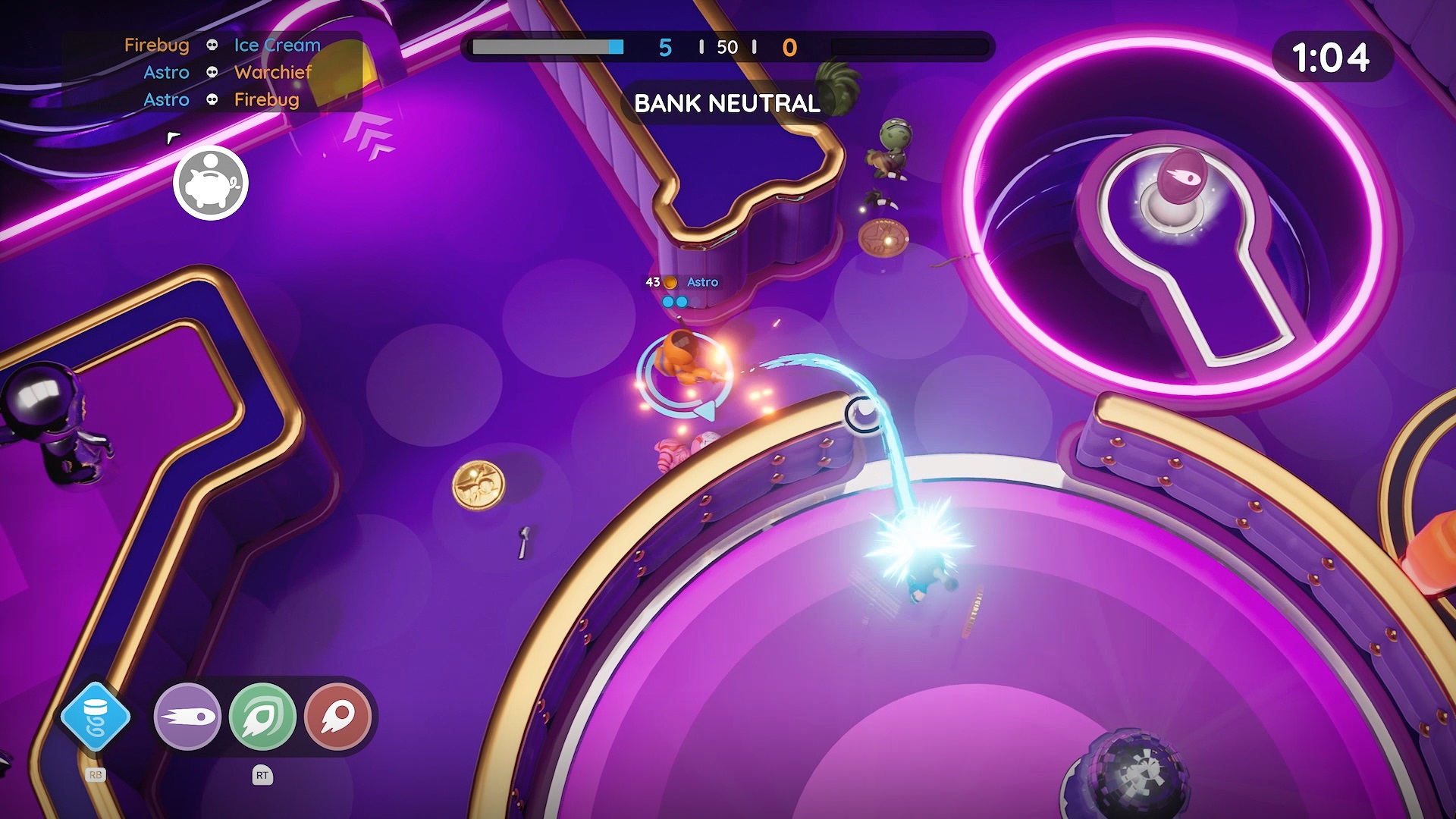 Much of that mastery comes from learning the maps. Designed with symmetry and unique themes in mind, Outcasters rewards players that learn every corner of the maps. Much like Quake or Unreal Tournament, Outcasters has pick-ups on the map to augment your projectiles. Mastering when and where they spawn is part of the fun.

Multiplayer matches break down into two different modes: Gold Rush and Last Caster Standing. In Gold Rush, you and your team works to claim victory. Last Caster Standing is like a mini Battle Royale mode. Players drop into a map, a ring of fire slowly pushes them to a central point and the last person standing wins. With matches designed to last 2-5 minutes, it’s like a mini-Battle Royale. 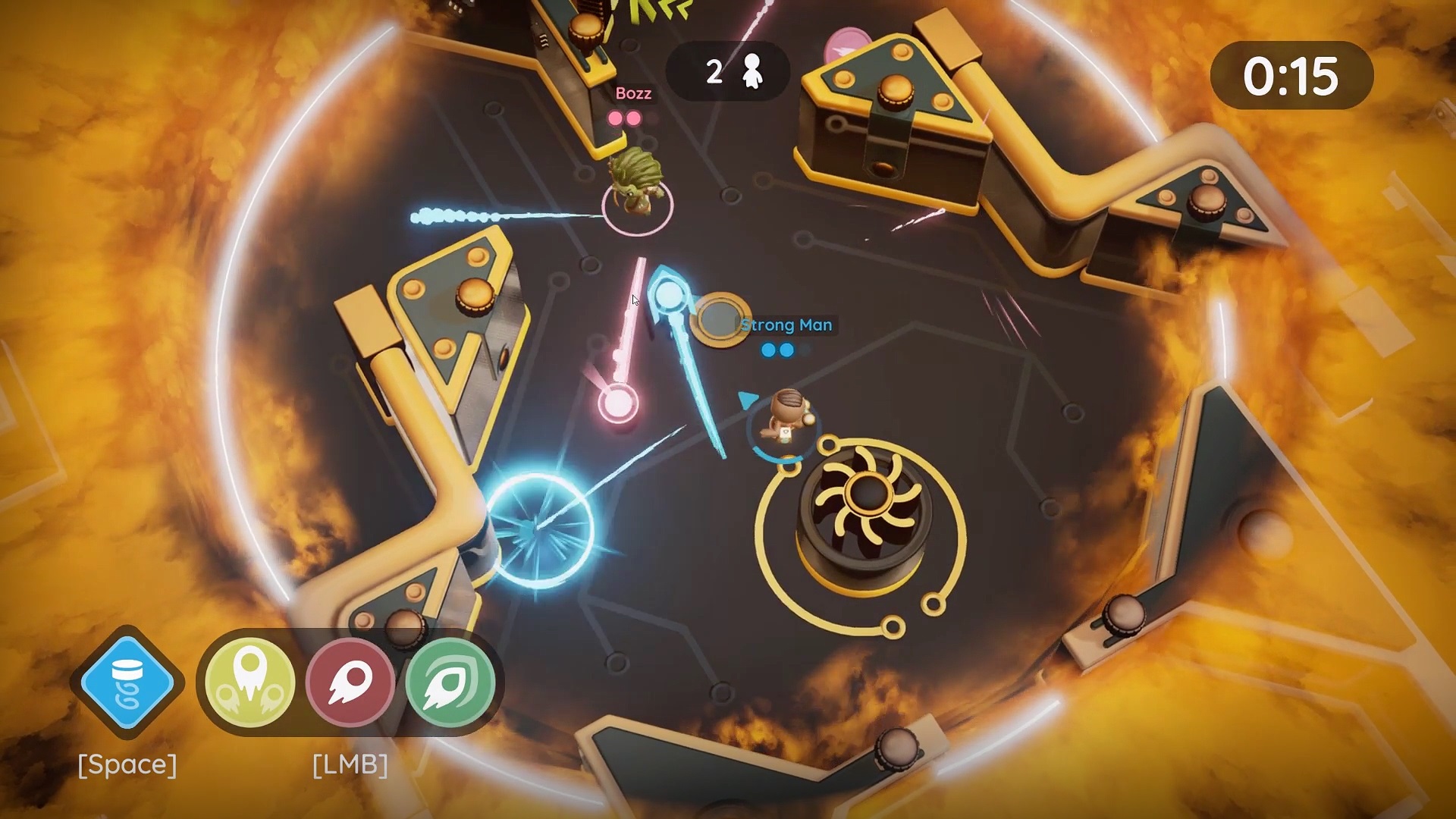 If there was one thing Splash Damage and Stadia Games and Entertainment pushed, it was the concept of watchability. Both partners want the game to have long legs, especially on YouTube. This feeds into the quick matches, which distill the intense length of a traditional Battle Royale game into mere minutes and the customization. The cute pop vinyl look of the characters lends to tons of visual, auditory and ability customization. The light-hearted, family-friendly visual style is a far cry from the studio’s Rated M past. Still, both parties hope that the unique visual identity encourages players to check out the game.

Of course, one of the more significant questions is why Stadia? Splash Damage could have teamed up with Bethesda Softworks or Microsoft again to bring the game to a broader array of platforms. They opted for Stadia, however, due to the potential of the platform. Splash Damage’s CEO, Richard Jolly, discussed how impressed he was with Stadia when Google first demoed it. The ability to stream a game to the TV, computer or mobile device was enticing and fit well with Outcasters’ bite-sized matches. It’s indeed a cute game with potential, though the jury is still out if this is the game Stadia needs to turn things around. For now, Outcasters looks like a fun experience that, on paper, leverages the strengths of Splash Damage and the platform. Hopefully, we’ll be able to get our hands on it soon.

There’s no word yet on a launch date for Outcasters, but we’ll let you know when Stadia Games and Entertainment makes that announcement.