Since the franchise’s inception nearly twenty years ago, the high stakes of competitive drag racing has always played a key role in pushing forward the narrative that holds the Fast and Furious films together. The more recent movies have seen Dom Toretto and his crew entering into the world of heists and espionage, however, as they take their vehicular abilities across international waters and pursue high-value targets or people with dangerous agendas. As a result of this shift in tone, the latest attempt at a video game adaptation for Fast and Furious has also put a large focus on missions that emphasize teamwork and completing objectives at high speeds over simply crossing the finish line first. With Fast and Furious Crossroads, Slightly Mad Studios has a unique opportunity to embrace the chaotic car action and large-scale set pieces that have come to define the more recent films and there are several ways to smartly implement these elements within the core gameplay. 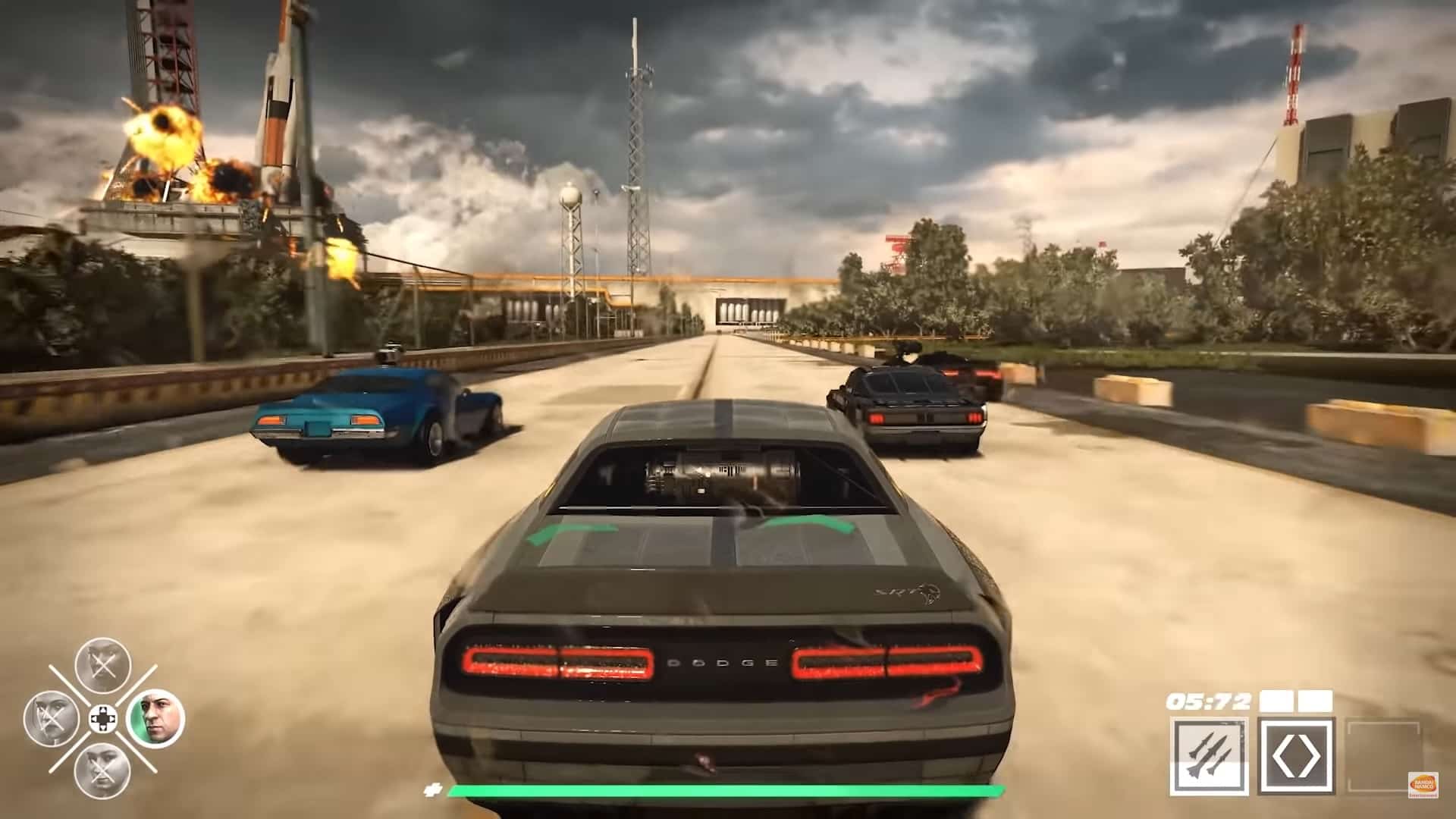 The execution of any heist can only be as good as the crew behind it, with each member bringing their own skill to the table that makes them a crucial part of the team. The main cast of the Fast and Furious films are no different and Crossroads plans on bringing several members (and their respective actors) from the movies, including Dom, Letty and Roman, alongside a couple of new additions that will all be playable. Although it’s unclear if the player will have any say in who comes along for each mission, each direction on the d-pad will serve as a quick way to swap between each driver and their respective vehicle. In addition to the different handling styles of each car, one can hope that the unique aspects also extend to the person behind their wheel and their talents such as hacking or different weapons, offering a greater sense of variety in how players can tackle a given objective.

As players progress through the campaign of Fast and Furious Crossroads, it seems reasonable to expect a steady flow of upgrades to match the increasing challenge of upcoming missions. On top of the traditional racing game upgrades for your vehicles such as improved acceleration and turbo, these improvements will likely expand to each character’s abilities and gadgets, with the official website mentioning the likes of EMP pulses and caltrops. This option to enhance your character does little to separate it from so many other titles, but having the player’s chances of completing the mission be centered around these upgrades can go a long way towards helping the game stand out. A key component of memorable heists is the lack of a guarantee that everything will go according to plan despite the amount of preparation beforehand, so attempting to ensure that objectives still feel challenging even with all these upgrades will be an important balance to maintain as the campaign moves forward.

At the end of every high stakes heist is a grand reward that makes all of those risks potentially worth it and Fast and Furious Crossroads should embrace that to the fullest. Reducing the gains from completing a mission to a binary yes/no outcome based on success or failure seems like a wasted opportunity, missing out on the appeal and depth that comes with doing heists. Instead, Slightly Mad Studios should draw inspiration from the Payday series and a few of the stronger missions from Grand Theft Auto V, and make the rewards more conditional based on a variety of factors, such as the crew that comes along and their respective vehicles and gadgets. This constant sense of striving for perfection could add plenty of replayability to not only the campaign, but the multiplayer component of the game as well, which has yet to be shown or detailed up to this point. If Fast and Furious Crossroads can capitalize on elements of these key fundamentals, then the final game could expand its audience beyond fans of the films and exemplify a strong licensed title when it launches on August 7 for PS4, Xbox One and PC.