When Dontnod’s upcoming adventure game Twin Mirror popped up again during the PC Gaming Show last month, it was a surprise, to say the least. The developers have seemingly been silent about it ever since October of 2018, when it had a gameplay trailer for Paris Games Week. And when it appeared now with a hands-off preview that I was able to witness which showed off the first twenty minutes of the game, the team was quick to note that they had made changes to nearly everything, including the graphics and certain gameplay aspects. Why, exactly? Well, the simplest answer would be that after looking over everything, they realized changes would have to be made in order to provide the best experience possible. But that said, I would also guess that the then-recent fall of Telltale, another company known for narrative-focused adventure games with an emphasis on moral choices, played a part in this as well.

Again, that’s just me guessing, but like Telltale, Dontnod have been spreading themselves across several similar recent projects: the Life is Strange games, Twin Mirror and Tell Me Why (which come to think of it, we also haven’t seen since its announcement…). And since one of the key reasons for Telltale’s demise was a formula that was getting stale, I can understand the desire to change things up. And notably, there was also no mention in the Twin Mirror preview’s commentary about it being episodic anymore (there was also a mention of it being self-published now as well, even though the latest trailer is still on Bandai Namco’s YouTube page).

So while Twin Mirror already looked interesting before now, adding new twists to the gameplay was easily the right call. There was just one problem, though. Much like with Skully, this is one of those cases where the opening section doesn’t exactly represent the rest of the game as well as it should. One of the most unique elements is the Mind Palace, as seen in the Paris Games Week trailer, where our main character Sam is able to piece together parts of various events in order to gain new information. Unfortunately, while we got a peek at the Mind Palace in the new demo — now represented in what appeared to be a series of crystal islands — the commentary informed us all that details about the new, redesigned Mind Palace would be revealed closer to launch. 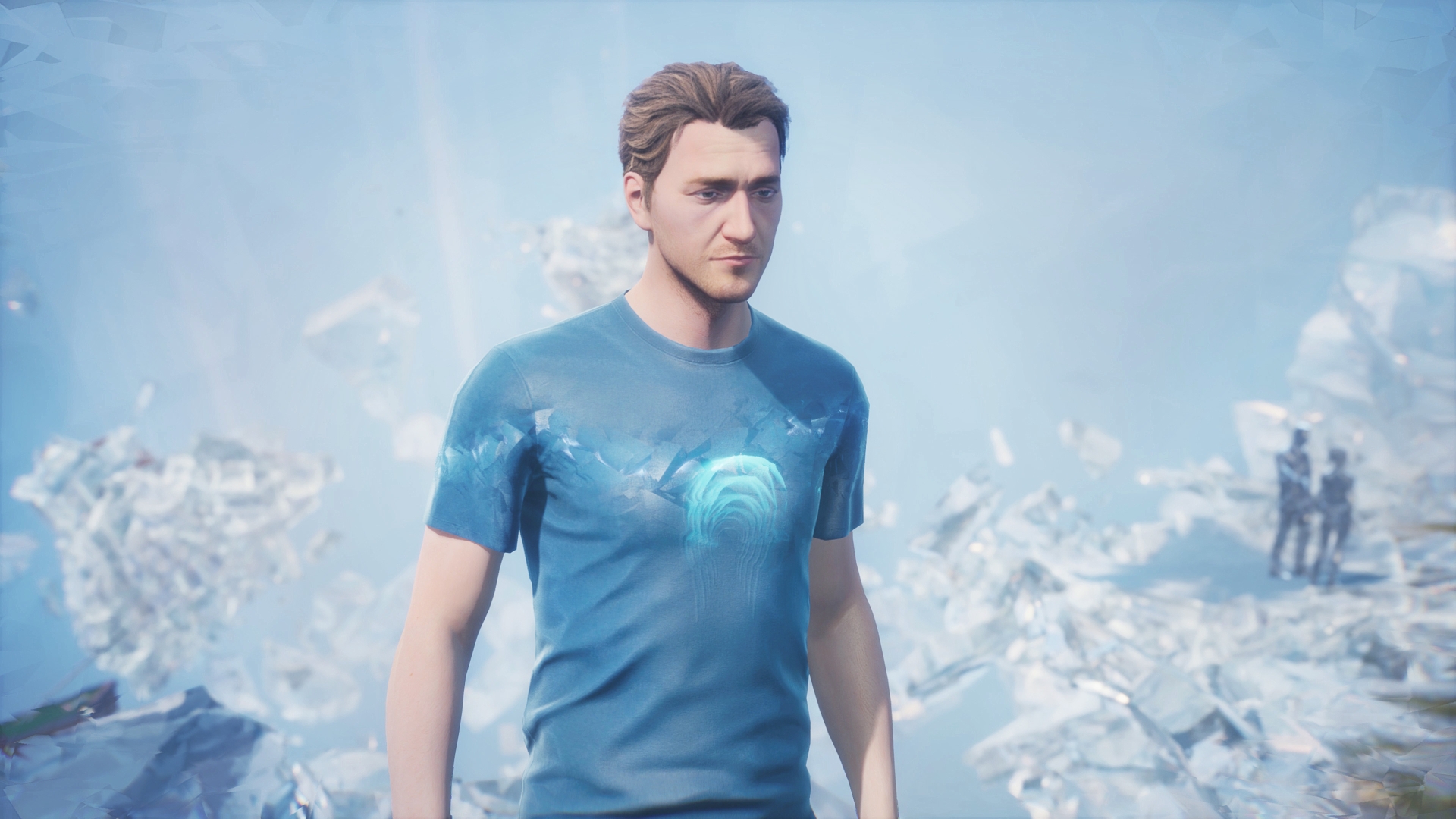 The lack of a look at this redesigned Mind Palace was disappointing, but thankfully, the rest of what was shown in Twin Mirror still had its own interesting moments to offer. We begin with our protagonist, Sam, returning to his home town of Basswood for the funeral of a good friend of his, Nick. And if the past due bills, medications,and For Sale signs are any indication, both Sam and Basswood have fallen on hard times. We first learn about things as Sam stops at an overlook heading into down, as the gameplay properly begins. The third-person graphic adventure has Sam walking around, with nearby possible interactions highlighted, even with little descriptions appearing beforehand.

These interactions apparently play a huge part in Twin Mirror. Sam is a former investigative journalist, you see, and has quite the analytical mind. So pretty much anything he encounters can be used as a clue or a topic later on. Sure, the bulletin board mentioning the local wildlife and gun laws may not seem important at first, but even a small bit of knowledge could be the key to getting out of certain situations later on. Of course, how deep a mechanic like this goes can only be seen in the final product, but for now it at least seems to provide a good excuse to explore Basswood more and learn about this bit of contemporary small-town America.

Eventually, progress meant Sam has to examine the spyglass overlooking the town and this is where the aforementioned peek at the mind palace demo appeared. Among darker memories like those with images of train crashes and mine accidents and lighter ones involving billiards tables and Pac-Man machines, we get a look at one of the game’s major characters, Anna. Another reporter who covered human rights pieces, Anna still lives in Basswood, and is Sam’s ex-girlfriend, having rejected his marriage proposal…at this very spyglass, as we see in an uncovered memory. Ouch. 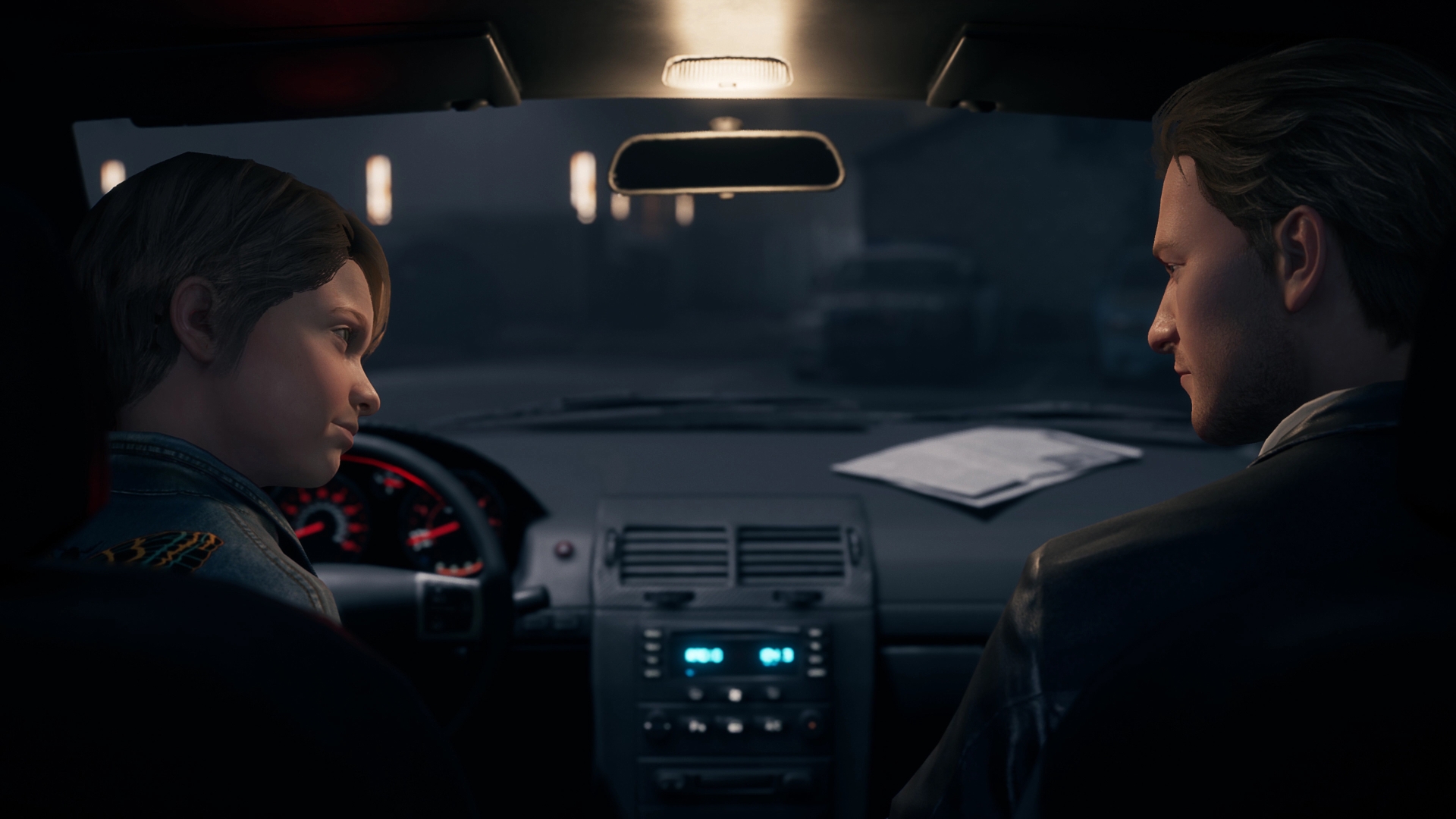 It turns out using the Mind Palace eats up time, though, and recalling this event means that it’s evening now and Sam has missed Nick’s funeral. Whether or not this will create possible consequences if players can choose to use the Mind Palace at certain times has yet to be seen, but it’s a nice narrative touch. Sam also sees a carving made to commemorate his romance with Anna, which provides a little more story as we’re shown how mementos like these that Twin Mirror players can uncover are neatly organized alongside objectives and character profiles in the menu. As expected, depending on your choices and what you uncover, these profiles will change accordingly.

Speaking of which, after a tease of Sam’s alter ego, we’re given our game’s first choice when we have to reply to a text about where we’ve been. Either a sarcastic response about how Nick won’t care or a quick excuse about being stuck in traffic. Easy stuff, but then things get a little more complicated when we encounter Nick’s daughter — and Sam’s goddaughter — Joan, outside of the wake at a bar. After some discussions revealing more of Sam’s background, Joan says that Nick couldn’t have crashed the car leading to his demise, given his safe driving. Things seem suspicious to Joan, so she wants Sam to investigate. And now, wondering what to do, Sam’s alter ego “The Double” appears.

Time seemingly stops for Sam as he talks with the Double. Their purpose is to suggest the alternative choices in scenarios such as this. Sure, offering to investigate seems like the obvious option, but as the Double points out, it may very well just be Joan grieving and looking for a deeper meaning where there is none. And if certain details were to be uncovered during an investigation like this, there’s a chance she may be hurt even further as well. We’re told that there are no wrong or right answers, as the option to keep Joan of it is chosen, possibly alienating her. Joan leaves and Sam pops some pills as he prepares to enter the bar as the demo ends, saying that the game is “Coming Soon.” 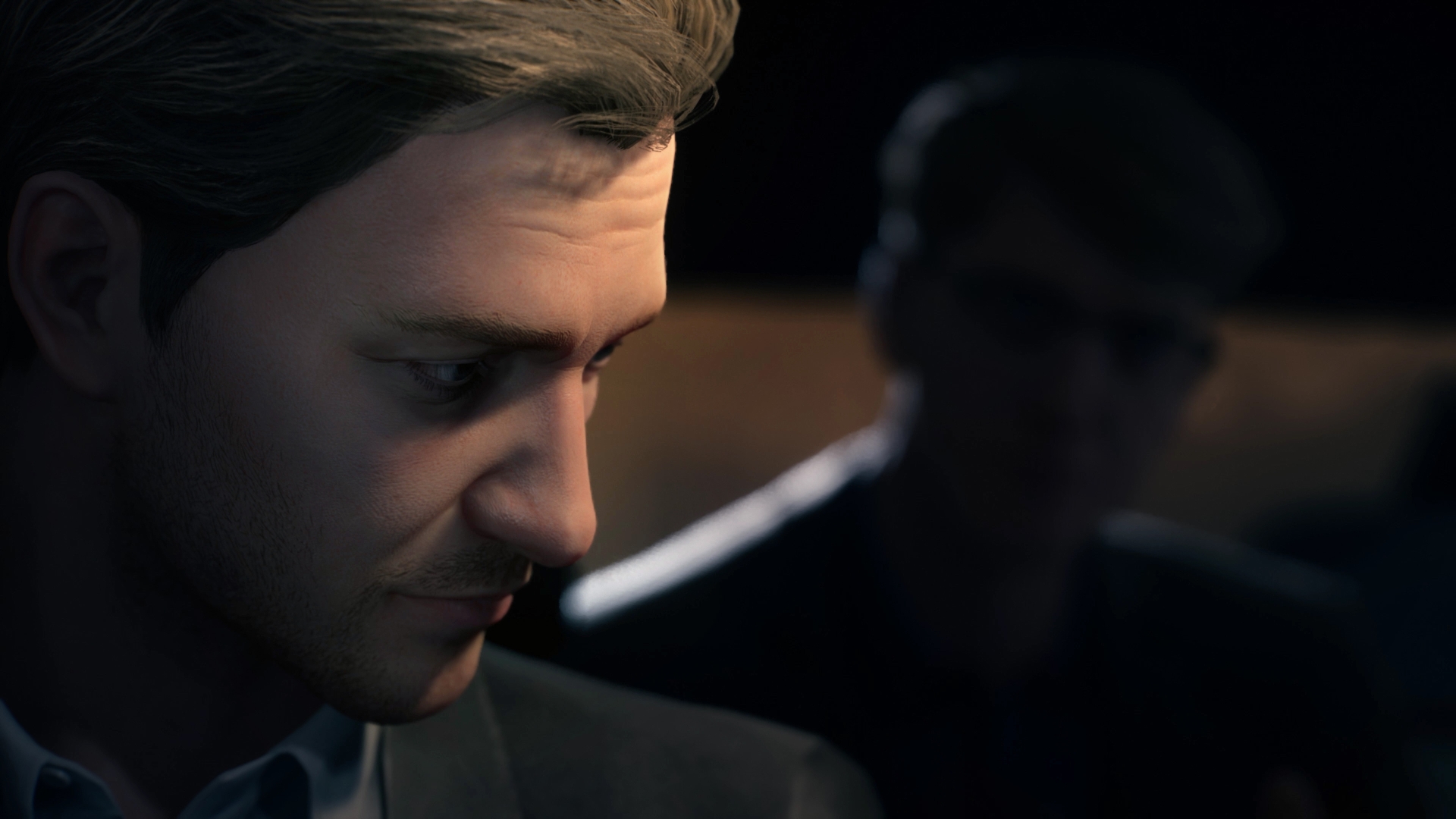 Without the Mind Palace segments, Twin Mirror doesn’t appear to be reinventing the wheel much when it comes to gameplay, but it arguably doesn’t need to. It still appears to have some simple yet solid and reliable mechanics, encouraging players to check every square inch of the world. The story seems to be interesting so far, planting the seeds for what could be deeper mysteries to come, and the presence of the Double provides a unique twist that I want to learn more about. The aesthetics are also good as well, utilizing moody lighting and long tracking shots to accurately capture the feel of a cinematic thriller.

While it would have been better to see a much deeper dive into Twin Mirror and how it can stand out when compared to Dontnod’s previous work and other similar third-person adventure games, what was shown off still suggest another well-crafted piece of work, with a setup and story that feels like it can grab a hold of your attention for a while. And we’ll see if it can do exactly that and more when Twin Mirror comes out for XB1, PS4 and PC (via the Epic Games Store) later this year.