Tactical RPGs can be an intimidating prospect for veterans, newcomers and lapsed fans of the genre. It’s also one that’s hard to get right and easy to make cumbersome, either with an obtuse story or an interface that isn’t user-friendly. Star Renegades aims to do something a bit different by not only offering up a story that has depth that makes you think a bit without hurting your brain, but also features gameplay that’s about as close to pick up and play as is possible for a strategy RPG. Its futuristic sci-fi setting also helps it stand out a bit, but nothing does that more than its overall art style and easy-to-learn combat.

Combat is turn-based and while that may make some groan at the thought of slow-paced battles from days gone by, the game features a much brisker pace than expected with a fair amount of real-time thinking throughout. Early attacks yield a crit bonus either for or against you, and that can result in more damage, damage armor, pierce their shields or otherwise weaken whoever is victimized by it throughout the battle. An early crit can easily swing the tide in your favor throughout, even when you’re facing seemingly impossible odds. The key to it is that a bar on the top of the screen clues you into what enemies are doing, so you can predict how to counter it.

While the icons indicating each action may be small, they do a fine job of showing each part of the battle system and allow you to make short work of at least rank and fine enemies — allowing you to focus your energy on tougher foes and conserving health. While shields will regenerate between battles, you do have to find health pickups or campsites to stay healthy — so learning the combat system is crucial to survival. The amount of depth offered up even in an early form is impressive and anyone wanting something that is easy to learn, but tough to master will be in for a treat. 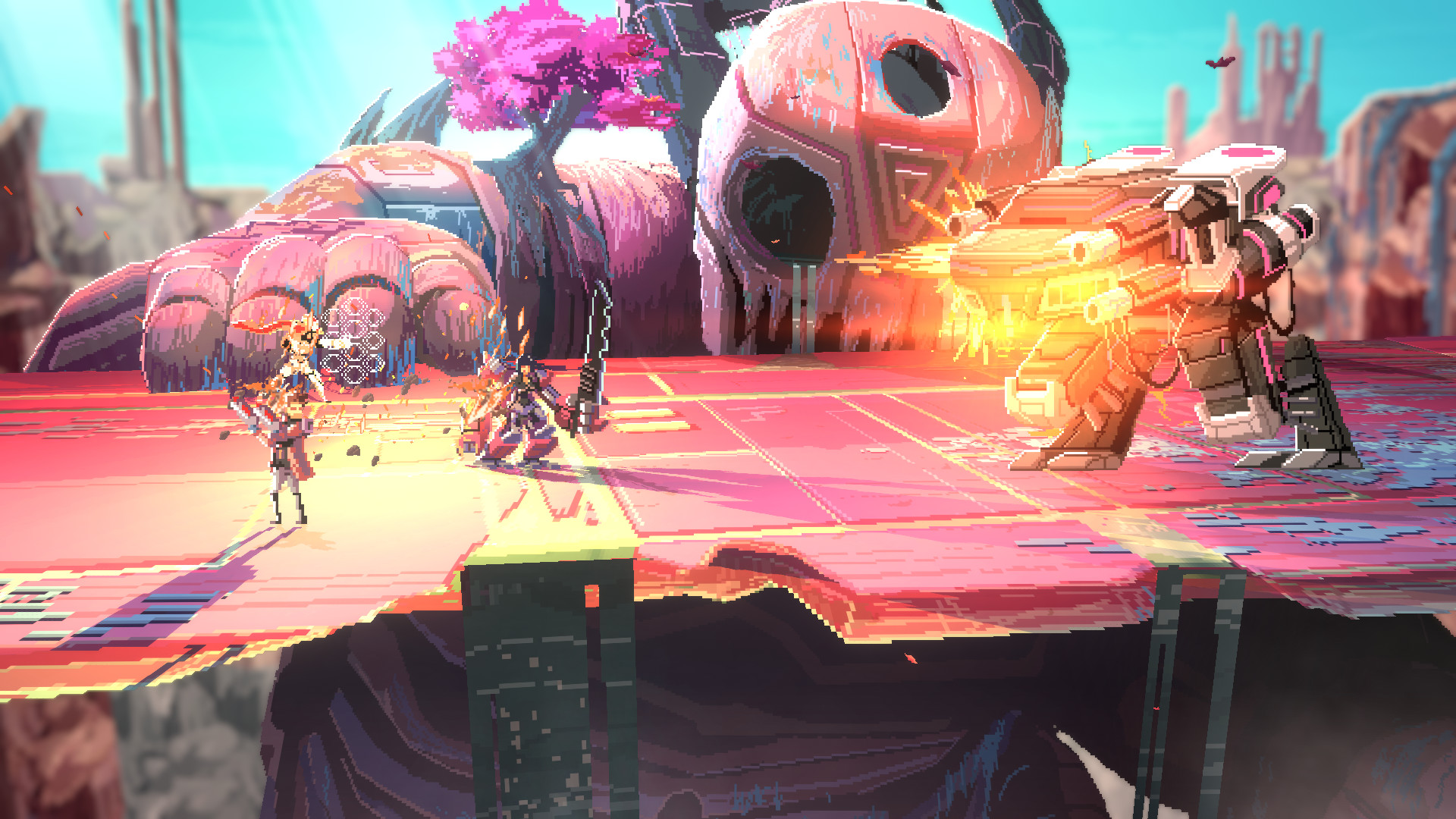 Beyond having a lot of timing on your side, you also have enemy weaknesses to consider. Through trial and error, you’ll be able to find out what kind of attacks certain enemies are vulnerable to. Some may be weak to short-range blades, while others can be sliced to bits with a multi-blade array that may take one foe out in two hits, but only stagger another enemy. The inspection mode allows you to see weaknesses at the expense of a turn — so it’s a bit of a risk/reward at play there. If it’s a tough battle, to you lose the turn and run the risk of taking more damage and possibly losing a troop or do you risk it and keep fighting with trial and error as your guide? The inspection may cost you a turn, but save a life in that it allows you to do more damage and maybe take that foe out or at least buy time to heal up a bit.

Star Renegades uses a highly-detailed pixel art style to go far beyond anything you can imagine. Environments are lush with color bathing the screen from corner to corner. You’ll have a mission to work on, but then just see the world you’re in and have to explore it to see what’s around just to experience it. You can see an enemy on one side of the screen, but if there’s an area that looks off the beaten path, it’s always worth exploring just to see the environment a bit further and find some hidden goodies along the way. It’s so gorgeous that it almost makes combat seem secondary to the visuals.

There’s so much detail here that you don’t realize how much is missing from games that use a pixel art style and looks objectively good — the devs just went the extra mile here to ensure this is a visual tour de force you won’t soon forget. The crazy thing is that the preview build only features a couple of full-on levels, so the full game is bound to have even more environment types and that’s going to be something to behold. The animation is even impressive, with the old 16-bit JRPG side view being used to accentuate things like lush slicing and jumping animations instead of being used as a crutch to broadly show those actions without needing to animate them all that much. 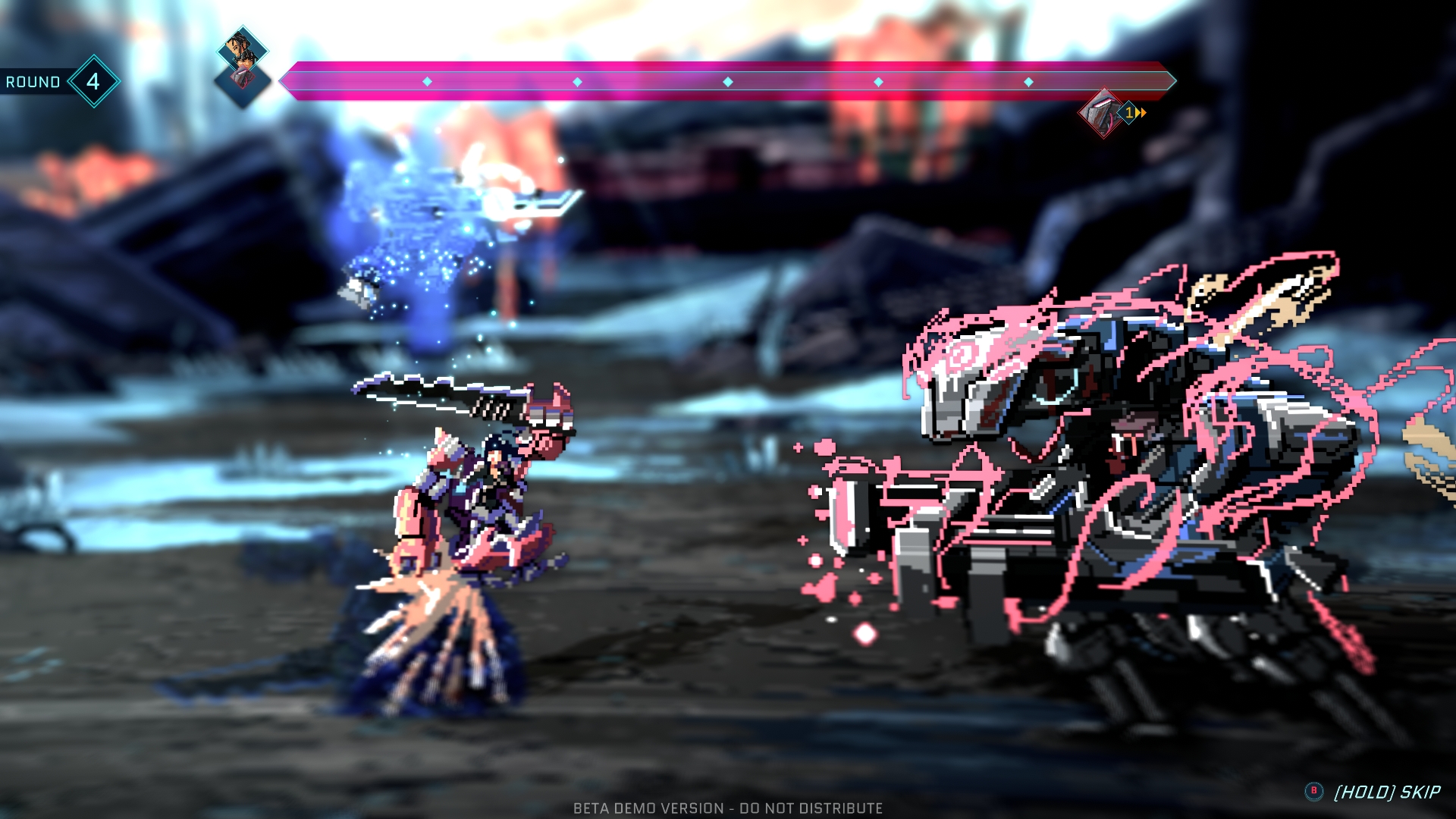 Star Renegades is shaping up to be a top-notch tactical RPG for those who want something that requires real-time action on the player’s end to succeed, but isn’t bogged down with a lot of management. It’s a gorgeous game that looks more lush than anything else in the genre and the side-view perspective on the combat helps it stand out right away. We’ll be keeping a close eye on its progress, but from what we were able to experience even at an early stage here, it’s got a lot of promise and delivers the goods in a major way when it comes to having satisfying tactical RPG combat.