Humanity had a good run but it eventually all fell into decay.  Retreating underground only works if people manage to not be so stupid and greedy that they drive the caretaker AI into a fit of genocidal aggravation, causing it to open up the airways to the spores that decimated the surface.  And then years passed on by, until eventually a young girl was discovered by a stray maintenance-bot.  She’s almost-but-not-quite dead from exposure, and the factoryAI that caused the final apocalypse has worn down to little more than a single remorseful, near-powerless workstation, but maybe it’s enough.  factoryAI and the robot decide they need to at least try to save the last human, so after naming her Toriko and balancing the robot’s mobility with factoryAI’s experience the two do their best to try to save her.  Mostly by sending the ‘bot into roguelike dungeons that will make anyone who’s ever played a Mystery Dungeon game feel right at home, fighting rogue robots and infected critters down through the levels in pursuit of the best gear and crafting items available.

Void Terrarium is an adorable, quirky balance between hope and post-apocalyptic hopelessness, and also the latest in NISA’s ongoing series of fancy editions.  While it still puts out the occasional standard version, lately the company has been focusing more on creating bigger-box collector editions that would be difficult for a fan to pass up.  A disc in a plastic case is just about all a standard edition amounts to any more, with instruction manuals being a relic of the past, but toss in a soundtrack, poster, pins and other goodies and suddenly the physical is much more appealing.  Void Terrarium is a perfect example of this and while it’s mostly paper products turning a $24.99 digital game into a $59.99 physical box, it’s still a fun selection of extras.

Starting off is the box itself, which has what would be the standard edition art on a slipcase if Void Terrarium had a standard edition.  Underneath the slipcase comes the box, which features a wraparound image of the robot staring off through the walls of the giant bottle terrarium into the cavernous underground ruins. 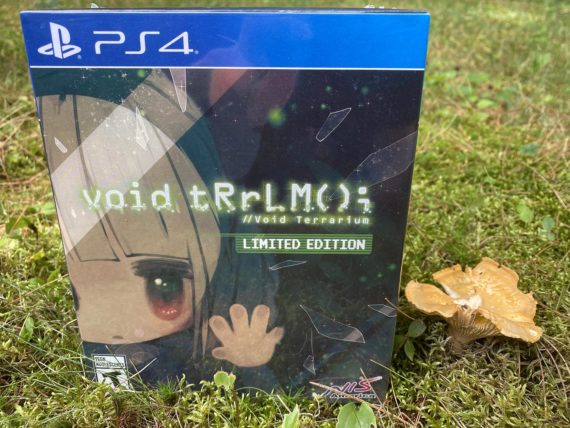 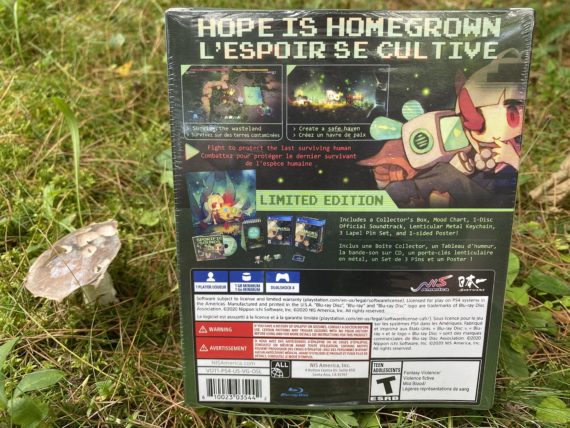 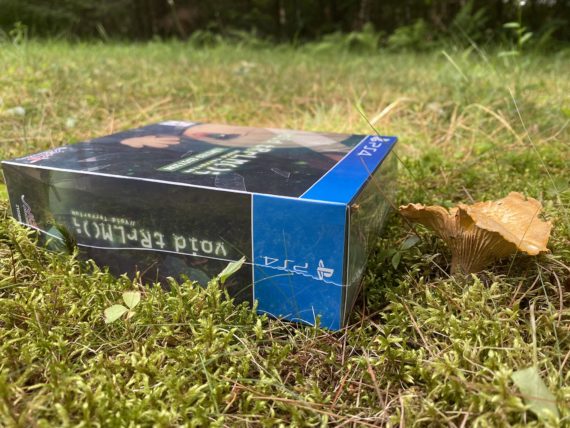 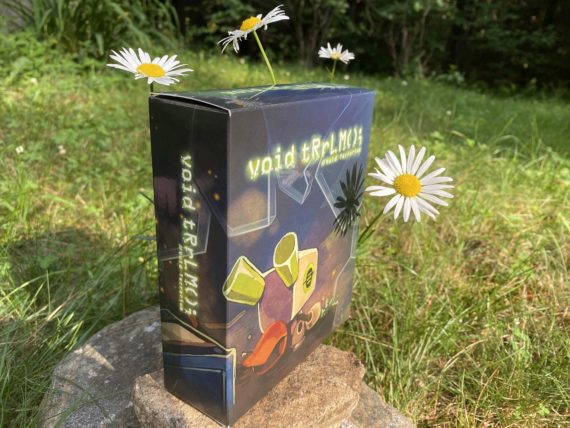 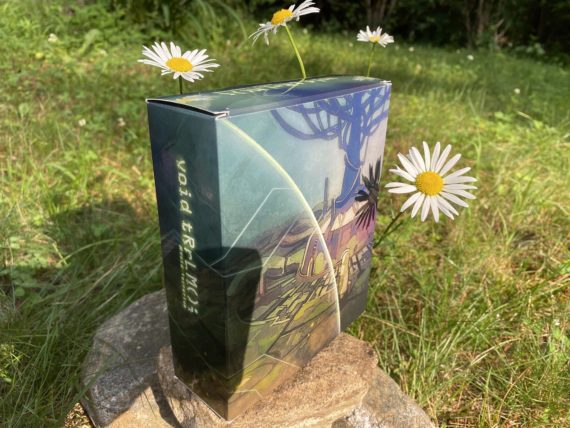 Popping open the top there’s not a lot of extra room inside, with the game and its extras filling up most of the available space.  There’s probably an order to the packaging but I have to admit that I didn’t take note at the time, and blame ninety degree summer heat for the oversight.  The “first” item is the keychain, which is a lenticular image of the Tamagotchi-like health indicator that lets you know how Toriko is dong when you’re deep in the heart of a dungeon.  Tilting it left to right has her go from healthy to sick and back again, complete with little poop-pile to let you know it’s time to clean her habitat.  Right beside it in the case are the pins, a set of the three characters from the game who are far more charming than the situation calls for.  The mushroom growing out of Torkio’s eyeball should be straight-up horrifying but somehow comes in at “disturbingly cute.” 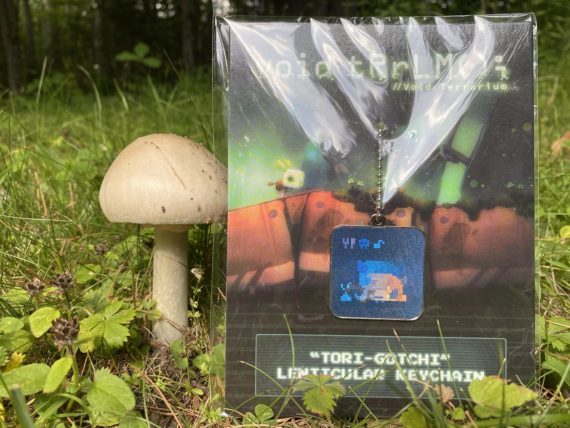 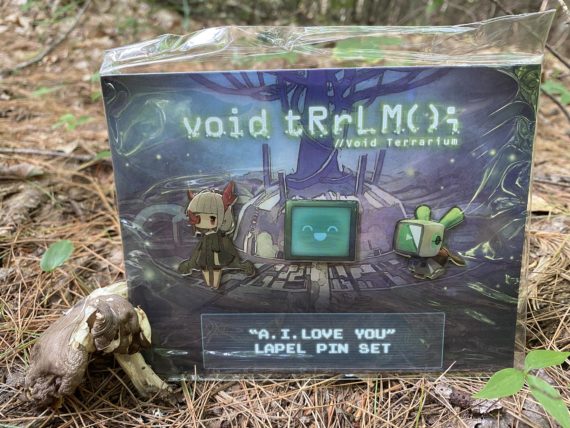 The soundtrack comes in a cardboard sleeve, just there to stop it rattling around the box, and it’s 23 tunes worth of fungapocalyptic music.  The case is nothing fancy but does have a nice full-spread image inside, although for some reason the right half is buried under a solid black CD holder rather than transparent. 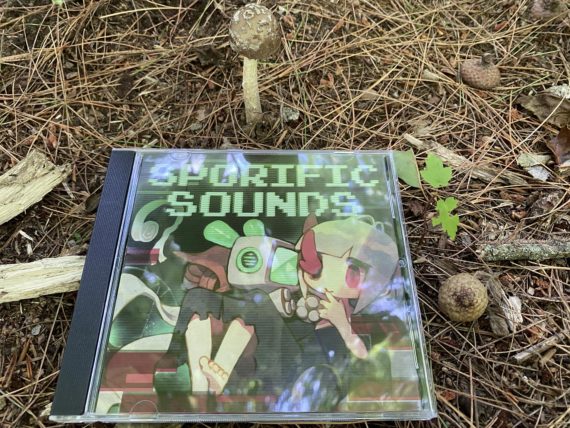 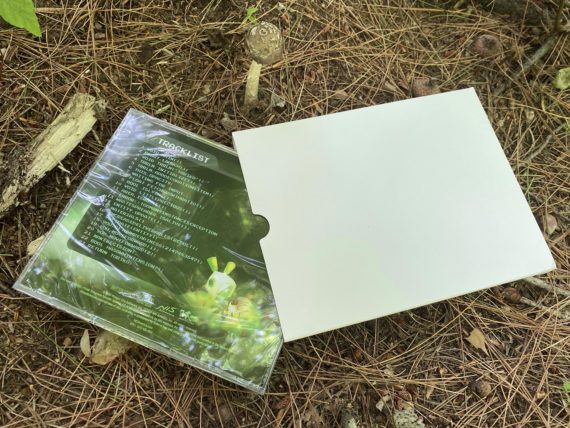 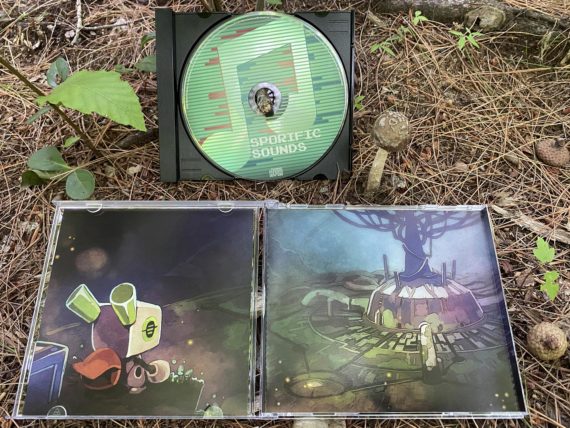 Next up is the poster, a full-sized 20.25″ x 26.75″ image, depicting the robot giving Toriko a flower in a world that’s become more fungal than floral.  The last extra before getting to the game is the oddball of the bunch, a Status Apparatus mood indicator.  It’s kind of like a desk calendar except instead of days each page is a new mood, ranging from standard happy/sad, annoyed/amused to burnt out, cranky, magical and drunk.  There are a few omissions but for the most part, if it’s a mood for public consumption it’s in there to display to the world. 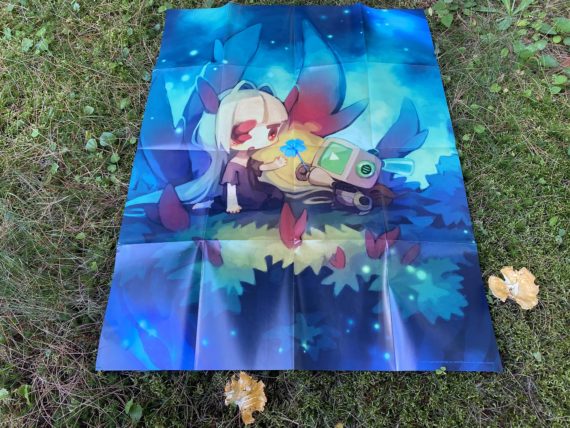 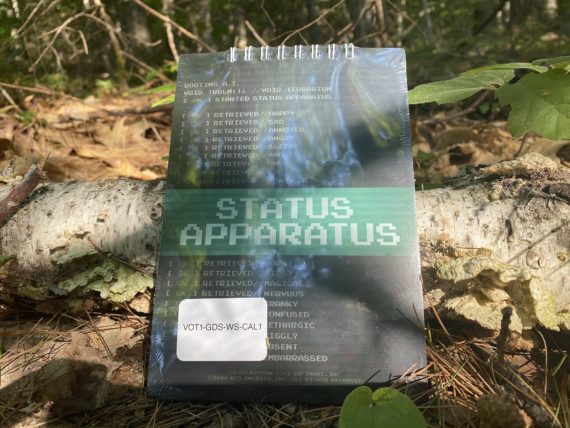 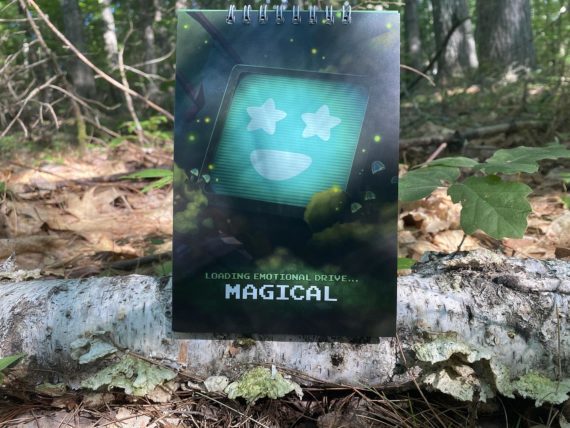 Finally comes the actual game at the heart of the collection.  All the fanciness was saved for the extras, with the game being a disc in a case, but it is nicely decorated with the art from the outside box. 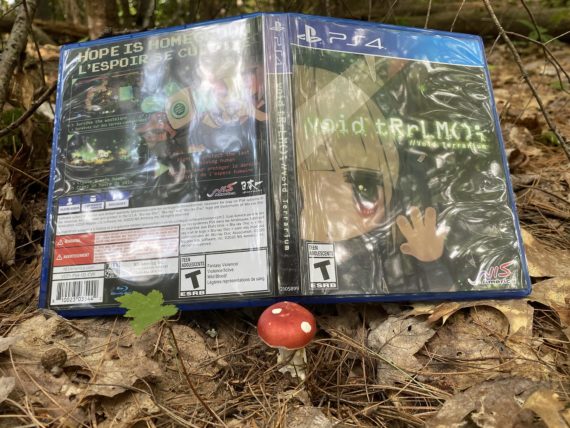 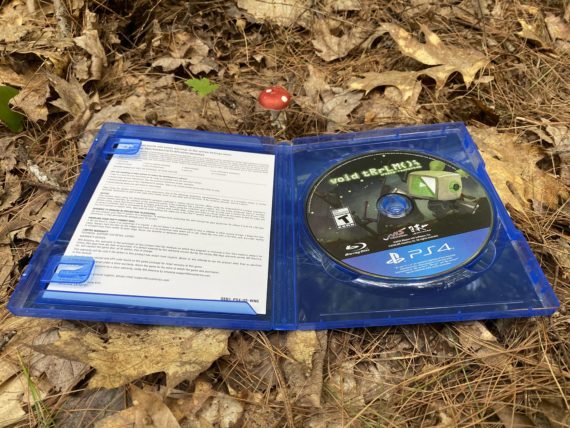 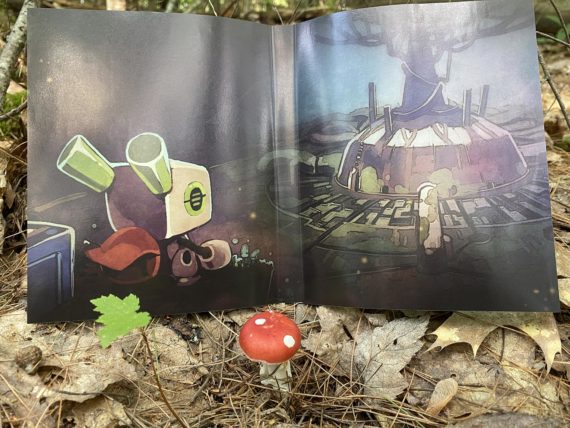 All told the physical Void Terrarium package is a solid little collection, and while some of the art gets overused (robot looking at distant ruins shows up in four places) it’s still got just barely enough in there by volume and creativity to feel worth the extra money.  It also helps that the game is a bizarrely likeable dungeon crawl that’s equal parts disturbing and charming, bleak and hopeful.  It’s the kind of game that deserves a safe home on a welcoming shelf and it’s good to see it get an edition that warrants the extra space.