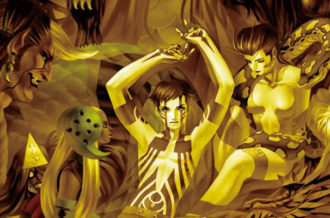 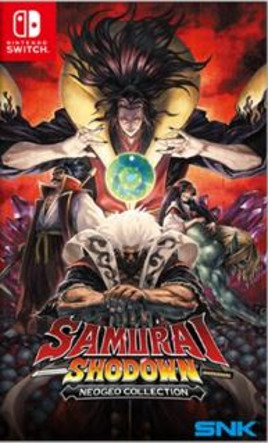 Street Fighter II kicked off the fighting game craze in the early ’90s and no other developer was able to capitalize on making Street Fighter II inspired tournament fighters as much as SNK. Art of Fighting and Fatal Fury were some of the more successful ones that wore their Capcom fighter influence proudly, but they also made Samurai Shodown, a tournament fighter that rode the coattails of the tournament fighting craze but got a more unique identity by being centered on armed samurai combat. This approach worked and Samurai Shodown became a popular fighting franchise in Neo Geo’s history. Samurai Shodown Neo Geo Collection assembles the mainline titles from the arcade and Neo Geo.

Every game included in Samurai Shodown Neo Geo Collection has both the English and Japanese version. There are filters to include scanlines and pixel perfect presentation to perfect the retro look. There’s also a save function and the ability to set the arcade titles to Free Play. There’s an online competitive mode that allows crossplay between Steam and Epic Games Stores versions but online play is only supported in the English version of the games. The greatest aspect of this collection, besides maybe the games, is the Museum Mode. This is a dream come true for die hard Samurai Shodown fans. This has over 2000 developmental documents and images, along with video interviews from the dev team. The Sound Player has access to over 200 audio tracks that span the game library. As far as collections go, this one is a prime example of how bonus material should be handled. 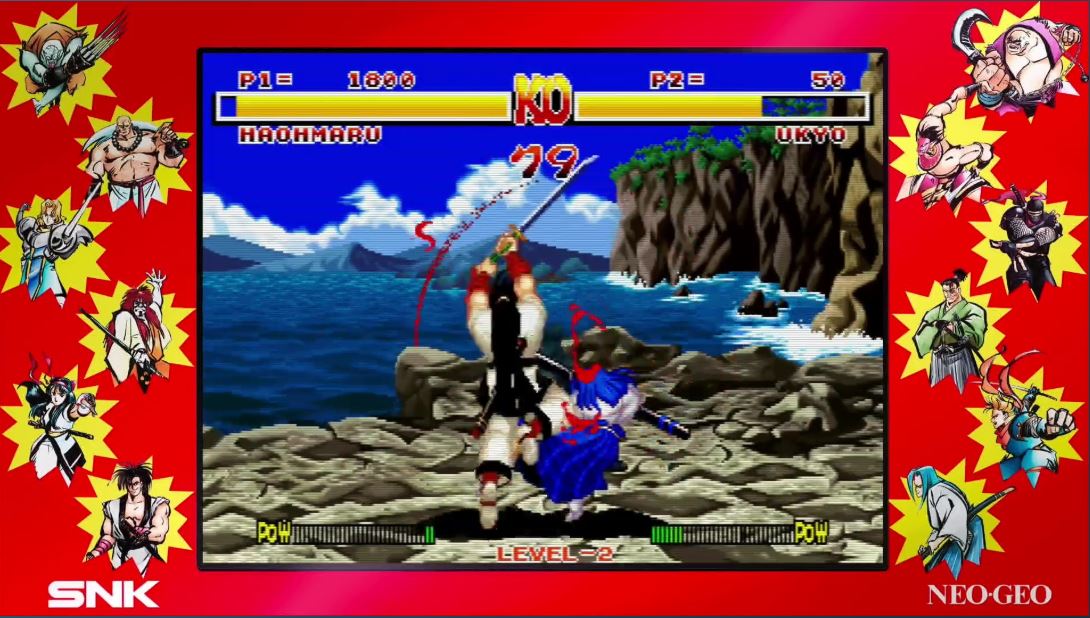 Samurai Shodown titles were among the better looking sprite based fighters of the time, and even though the games ages range from 17 to 27 years old, they still look great today. One thing that’s great about having all these games assembled in one place is that the player can see how the game mechanics evolved for each title, whether it was due to improvements in technology, more risk taking with game design or following trends of fighting games. Each of the games included is an enjoyable fighter but during the review I developed a deeper appreciation for the series evolution with each game as it built on its predecessor.

The use of weapons is the main thing that set Samurai Shodown apart from other fighting games at the time since this altered the appearance of the fights and how players approached the game mechanics. Combat seemed to get faster and flashier and the series progressed and like most fighting games in the second half of the ’90s placed a greater emphasis on combos. Samurai Shodown V is where the series enters what I call its Street Fighter II phase where new editions come up with improvements and additions but is still ultimately the same game. The inclusion of Samurai Showdown V Perfect is a nice inclusion and is the best version of Samurai Shodown V. 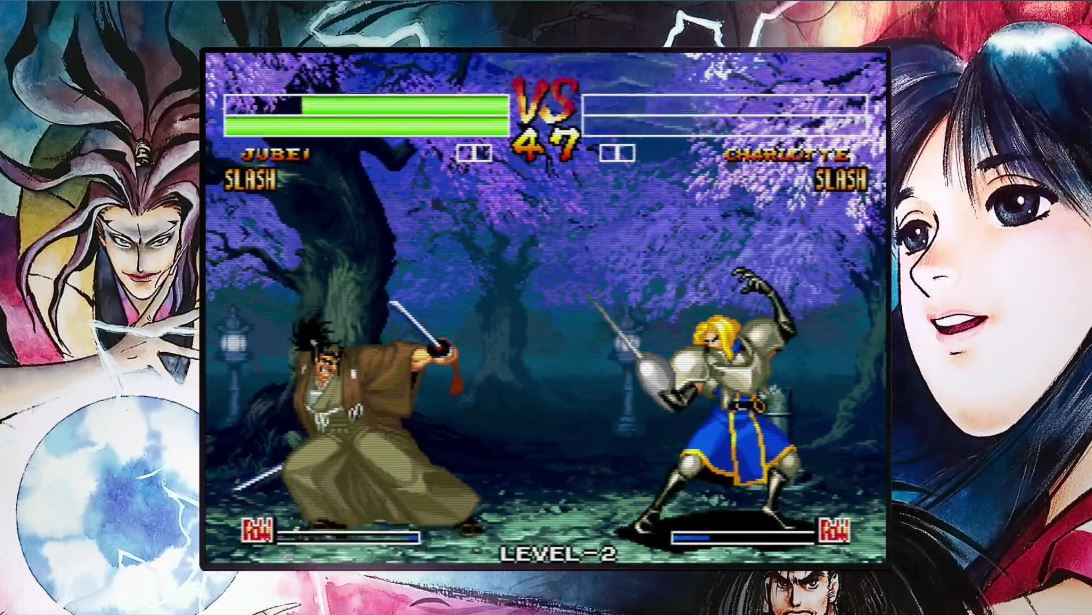 As good as this collection is it’s not perfect and it’s biggest weakness is online mode. Lag is a real and present danger, assuming you are able to get matched with someone to play against. There also aren’t any lobbies or spectator modes. The cross play between Steam and Epic versions is a nice feature but unfortunately it’s wasted on a poor online set up. Hopefully this is something that can be improved in future patches.

Online woes aside, it’s hard to find any real negatives to say about Samurai Shodown Neo Geo Collection. The games are from an era where they show their age but still look good. Each game plays well and the Free Play mode makes the arcade experience a bit more forgiving. The options to play with the visual settings allow the player to set the graphics to their preferred setting. The online mode is lacking, but offline there isn’t much more a Samurai Shodown fan could hope for. Neither PC nor Switch version seemed to have any major advantage over the other. 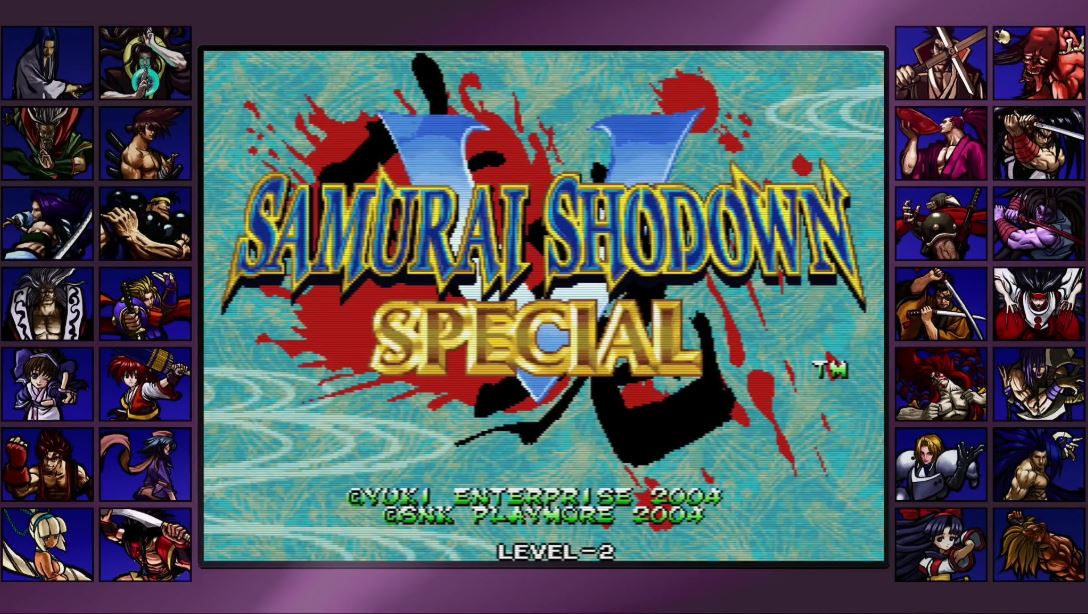