There may not be a more complete gaming headset on the market than Logitech’s original PRO X Headset. While it was geared towards gaming, it turned out to be so much more. The headset basically amounted to becoming an excellent studio headset that provided great microphone quality for doing streaming and shows. This was thanks to the Blue VO!CE audio software incorporation that included various sound profiles from eSports pros with other customization involved. There was one issue that owners wished the headset had: it needed to be wireless. Problem solved with the Logitech G PRO X Wireless Gaming Headset.

The original version of the PRO X headset wasn’t missing anything. It was complete across the board with comfort-ability and communication in mind. The PRO X Wireless uses 50mm low distortion drivers and the audio that comes through the ears is clear and concise. These drivers use a hybrid mesh material which is normally used for hi-fi standing speakers. This helps to control distortion and provide a more even frequency response. The audio engineering team for Logitech G has designed every element of the PRO-G drivers to provide next-generation audio performance.

The one difference I did receive in covering the Wireless to the previous was some ear fatigue after extended usage. Comfort is important especially when it comes to eSports. In terms of the PRO X Wireless resting on your head, it is comfortable. Housed inside the unit are the same aluminum forks and steel headband that help to make sure it stays snug on the head. The high quality leatherette and memory foam ear pads make sure you won’t feel sweat and allow for a consistent comfortable feel for gaming. The exterior design is still low profile as it the entire headset retains the same exact look with a black color and a chrome exterior to the actual ear cups. There’s a little bit more weight to the headset due to the battery. 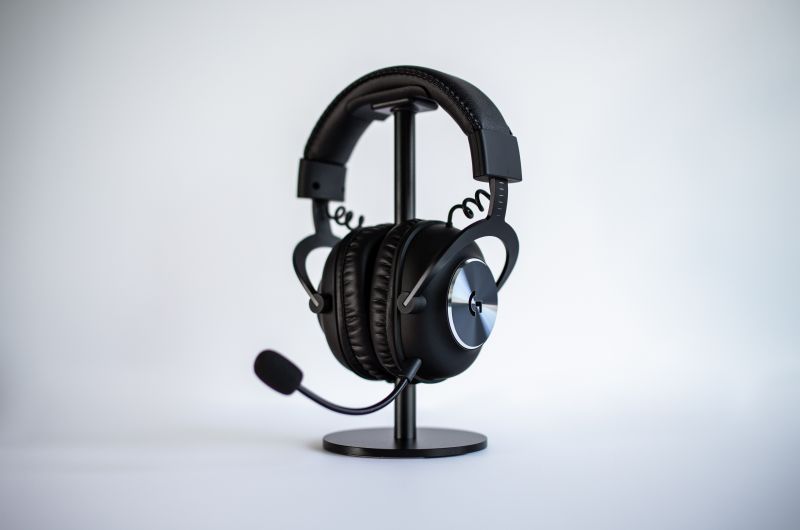 The rest of the design is well implemented with the controls. Gone is the long cable with the volume adjustment to it. The PRO X Wireless does include a usb-c cable used specifically for charging, as Windows will not recognize this as an audio connection. There are three well-spread controls on the left cup. One is a power switch and the other is a mute button. You won’t have to feel around for indention in a tight space to utilize the controls. The volume dial is also mapped between the two buttons. The microphone is still removable as the design is far from complicated and rather easy to use.

Not only is this headset wireless, it includes Logitech’s LIGHTSPEED wireless technology. Logitech has also been known to provide great battery life to its LIGHTSPEED peripherals; whether it be a mouse or keyboard, they seem to last ages. Logitech is promising 20+ hours on a full charge for the PRO X Wireless. My testing can back that up as I haven’t even went through a full charge with my time spent with it. I have left the headset on and dormant and the battery really only dropped about 20%. It also doesn’t take long to recharge this. The range with the LIGHTSPEED comes in at 13 meters and uses 2.4ghz connectivity. One thing I wish this headset had was a Bluetooth connection. The G915 keyboard line and some of the mice have this in addition to LIGHTSPEED, but this headset doesn’t. While it’s understood to be a dedicated gaming headset, the community proved the previous headset to have many uses. 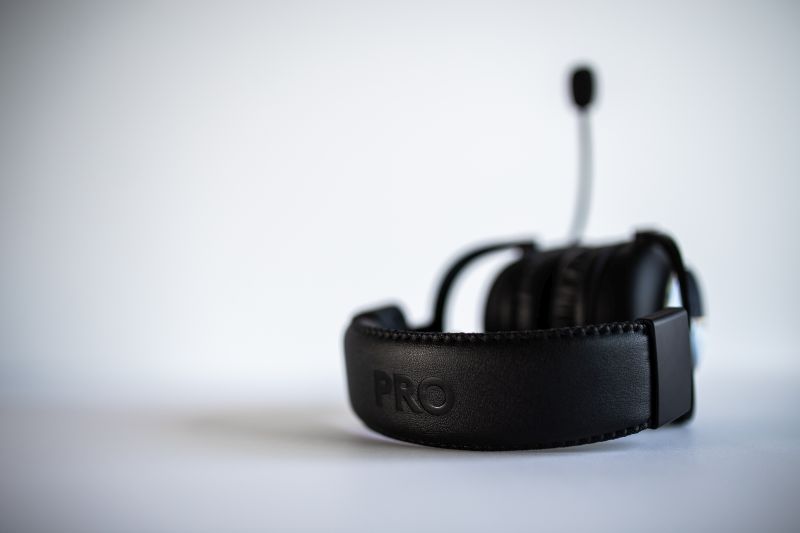 The Blue VO!CE technology returns to the line as it helps make this more than just a gaming headset. Blue Microphones have over twenty years of experience in developing high-end audio solutions. Via the Logitech G Hub, players can choose from a variety of presets. Some of these are from eSports gamers along with customized EQs that can be downloaded from the community. Other generic presets include AM Radio and FM Radio along with others that can really go a long way when streaming or producing a show or podcast. About the only drawback to not having an audio cable with this is the ability to plug in to a separate headset if doing a group show. Content producers trying to hear themselves during a recording would have to find another way to do this.

Other studio tools are included with the Blue VO!CE software that can be adjusted within the G Hub. If you are an audio nerd, you can expect to be able to adjust audio aspects such as De-esser, High-Pass Filter, Voice EQ, Noise Reduction, Expander/Gate, Compressor and Limiter. Basic acoustics can also be adjusted including choosing presets based on moods. 7.1 Surround Sound is included and enabled via the G Hub, along with DTS Super Stereo Mode. Positional audio is pivotal for gamers and players are able to customize settings for this. It’s also worth noting while this headset would work on PlayStation 4, it would only be used as a stereo headset. 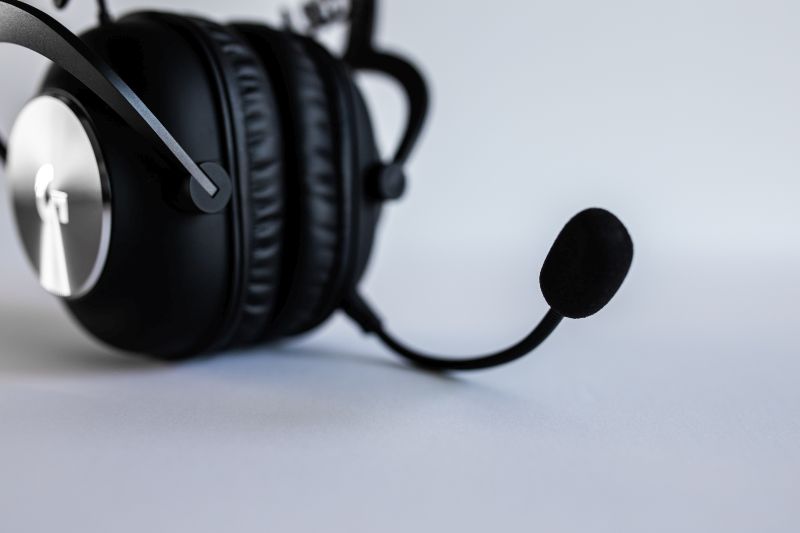 The best has gotten better with the Logitech G PRO X Wireless Headset. All of the major aspects that made the previous version of the headset so great are back. All of the advanced options for sound acoustics and the ability to implement various filters should allow gamers and studio engineers to find the perfect audio experience they desire thanks to Blue VO!CE. The caveat to this headset is that it’s wireless and utilizes the LIGHTSPEED technology. Excellent battery life and a good range can allow the ability to multitask in fairly close proximity. The lack of a cable can be good or bad depending on what your usage for the headset is and the lack of Bluetooth is kind of disappointing. The price point on the Logitech PRO X Wireless is $199.99, and while that would be more understandable if the first headset didn’t exist, this price is a bit high. The traditional Logitech PRO X retails for $129.99 with the only difference being the wireless. Your choice comes down to your needs but clearly for what is offered with the PRO X Wireless, the price does back up what’s being offered here.