The landscape for gaming monitors has changed in recent years. The desire for a higher frame rate from PC gamers and eSports competitors has been the direction of gaming rather than going to 4K resolution with a lower frame rate. A lot of this has to do with a better reaction time and quick decision making. Razer does have an eSports gaming monitor which does exactly what competitors need it to out of the box. The Razer Raptor 27 is a 27″ IPS display that’s hefty in features. It even includes RGB options to coincide with a gamer’s setup. Do the bells and whistles, however, back up the price point?

Razer hardware products tend to be a bit higher priced, but the available options and the quality of the hardware tend to back up the pricing. The Razer Raptor 27 will not short any options on paper. It offers WQHD display resolution (2560 x 1440p) with both HDMI 2.0b and DP1.4 connection options. The response time on the monitor itself is typically 7ms. Razer has included an Overdrive option on the monitor that will reduce it to 4ms. 1ms response times can be met with reducing Motion Blur on the monitor. With offering a 144hz refresh rate, there are no issues with input commands. The Raptor 27 also includes HDR400 if you’re looking for that in gaming.

While this monitor did launch a while back, there are a few physical aspects that feel like it gets left behind for the price. The Raptor 27 does allow for the raising and lowering along with tilting upwards, but no option to rotate. This is a flat panel, as well, and isn’t offered in the curved variety. The design on the back allows for some cable management as options are available for Upstream USB-C, a headphone/microphone output and a couple of USB-A ports that are used for customizing the RGB via Razer Chroma. It can also be tilted back to 180 degrees for allowing a viewable angle at the cabling. The overall size of the Raptor 27 is quite the behemoth for a monitor. It sits on a large base that’s wide and long, so you will need some desk space. 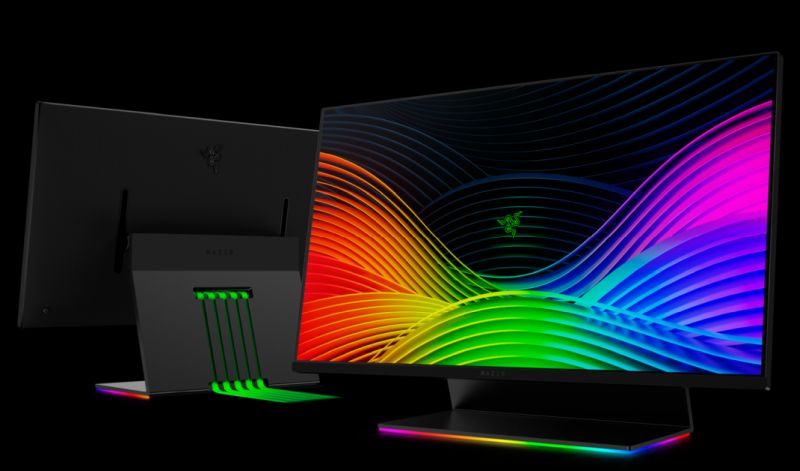 The Raptor 27 offers both NVIDIA G-Sync and AMD Freesync, so players won’t be short changed on one side or the other. Some monitors only offer one or the other, so this is an important aspect when purchasing. The ability to get rid of screen tearing is an important aspect of competitive gaming as it allows for focus on what is important. The HDR400 included offered quite a bit of issues with mixed results. When it worked, it was bright. More times than not, it would drown out the colors. I also discovered that it needed to be turned on from the monitor options, themselves, along with some other important things. I wonder if the setting in Windows 10 conflicted with this, because the color saturation is gorgeous. The monitor’s contrast ratio is 1000:1, but the Raptor 27 truly shines with vibrant colors. This is truly thanks to the 95% DCI-P3 Color Gamut, which is a huge coverage area. Colors do not bleed even with wallpaper and anything neon lit up perfectly. This was with no HDR on, but Windows, itself, did not take a huge hit when turning it on.

We ran through a test of quite a few games, specifically shooters. The test system included an i7-8700, an EVGA Hybrid Cooled GTX 1080ti and 16 GB DDR4 RAM at 3000 Mhz. All of these games were tested with the settings maxed out and it was nice to see the GTX 1080ti not even break a sweat. Destiny 2 seemed to be the showcase in combination with HDR. The colors still popped with HDR on and the brightness is where it needed to be. There’s an adjustment period when jumping to a title with high frame rates. While the refresh rate is capped at 144hz, Destiny 2 rarely saw close to 144 FPS. During gameplay, the system hovered at around 90-100. 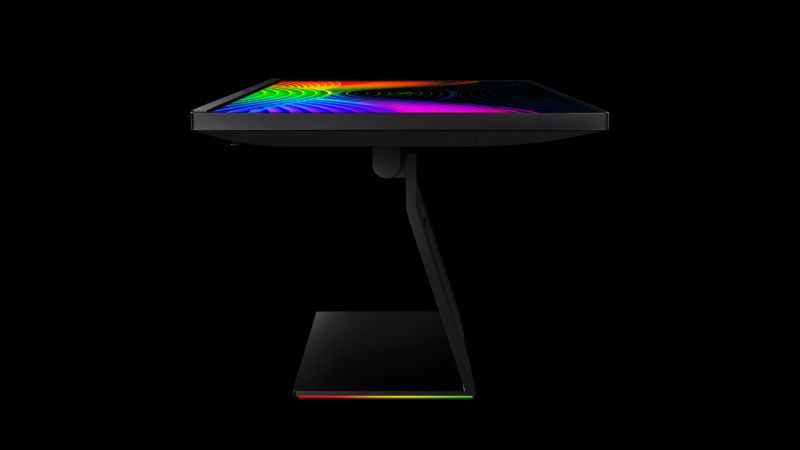 Doom Eternal was straight up overkill and the Razer Raptor 27 is the ultimate gaming monitor to take advantage of this game. As long as you avoid HDR. While HDR within the game can be adjusted, it just never comes close to matching up with the traditional color saturation. Frame rates would go above and beyond the 144 with the occasional hit to 200 FPS. All of this with low resource usage on this setup. The game is just optimized so well and if there is any game to showcase the Raptor 27 on, it’s Doom Eternal.

Apex Legends is another big title that was tested and frame rates outside of the drop zone usually stuck straight at 144. Using HDR worked on this well and having the high frame rates allowed for that instantaneous reaction when playing. Opponents at a distance were a bit hard to distort, but that may just be a personal problem. After all, I usually play PC games on a big 4K television in comparison. It’s worth noting that trying to play Apex Legends with a dual monitor setup didn’t really work. 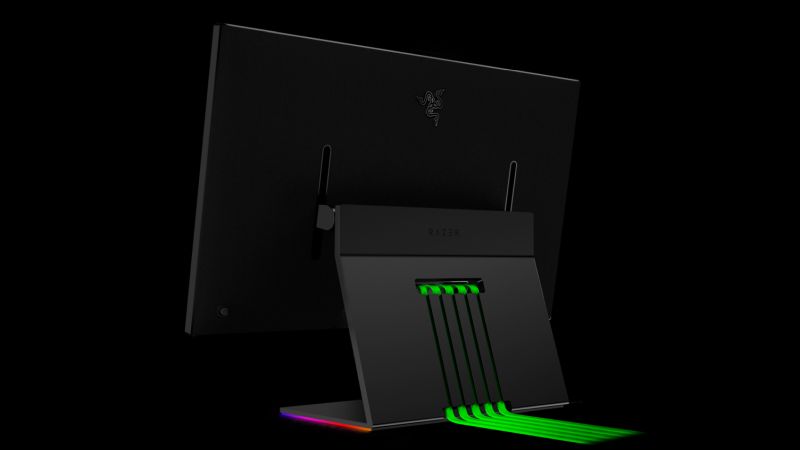 While not having the graphical prowess of some of these other titles, World War Z hit some extremely high frame rates with the Raptor. Constantly sticking at or above 200 FPS, this was a whole other adjustment for me. The system never even scoffed at this title in 1440p with options cranked up. Breaking away from the shooters, I tried out Tekken 7 on the unit. This isn’t so much about the frame rate as it is how the game looked. This is the first game where I thought 4K did a much better job than 1440p, but the game played consistently and the colors still looked fantastic. Command & Conquer: Remastered Collection doesn’t necessarily do a lot for the visuals as an example, but the colors, again, felt boosted. Unfortunately, NASCAR Heat 5 is capped on PC at 60 FPS, but the monitor helped the game to maximize its visual potential. In terms of the Razer Raptor 27 being the ultimate eSports gaming monitor, I’d say from the experience in the shooters it does enough to back that up.

There were some technical issues while trying to use this as a second monitor. A lot of this most likely has to do with Windows 10, but it’s worth noting these. As mentioned above, Apex would not run on this monitor with two hooked up. No issues doing it by itself, but that is something that somebody needs to address. Also, if you have two monitors with different refresh rates and you attempt to stream a title, the stream will consistently hiccup. Lastly, with a lot of the technical options being in the Raptor menus, I didn’t figure out until I had to do some digging. HDR, Motion Blur, Adaptive Sync and some other options are all mapped internally. 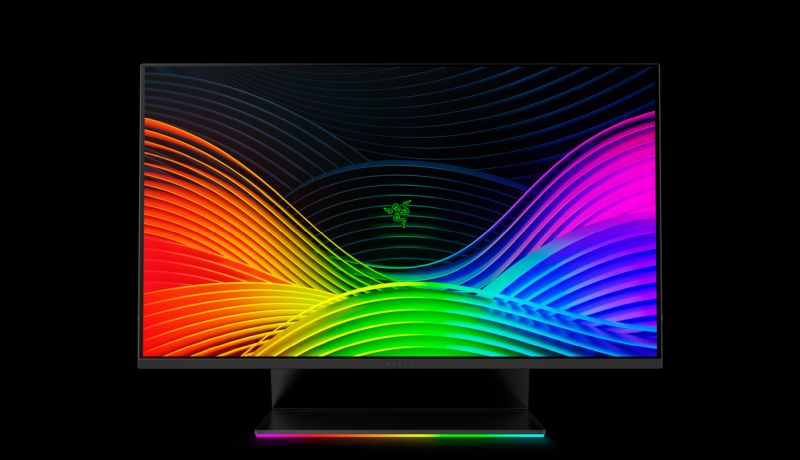 The Razer Raptor 27 still retails for $699 and that’s a bit pricey. In terms of having every necessary technical aspect such as the Color Gamut, 1440p resolution, 144hz refresh rate, both NVIDIA Gsync and AMD FreeSync, RGB and cable management options and a low input lag, it sits on the far end of the pricing spectrum. If you do not need all these options, there are cheaper options for 1440p resolution and 144hz. The difference is this color saturation the Raptor 27 has. It’s absolutely beautiful. If you are shopping based on tech specs, the pricing may sway you. Seeing the Razer Raptor 27 gaming monitor in action will be what attracts you to this beast.