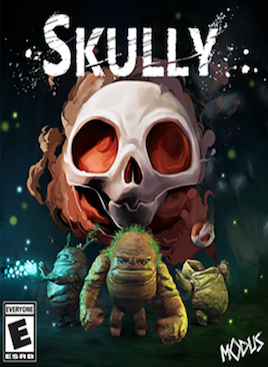 For a studio whose aim is to create fast-paced games that appeal to a wide assortment of players, there’s an argument to be made that developers Finish Line Games clearly understand the appeal of linear platformers. It’s never easy to hone in specifically on why the genre was so prevalent in the 90s. Not least for those who weren’t there during its rise and subsequent fall. But if there’s one thing you can say positively about a game like Skully, it’s that it knows how its players think. Clearly having done their research as to the mind-set of those who still will into being a great, modern-day rendition of the kind of platformer Crash Bandicoot and the sort helped popularize. How it’s less about the principle satisfaction of completion — of finally reaching the end of some grueling course — but more to do with catching sight of the littler details and added incentives to put one’s self in harm’s way for the sake of greater rewards.

Insignificant spots of a level that anyone else might not take a second glance at, yet for those having been brought up on this genre growing up, understand that it’s a clever, subtle way of suggesting without outright proclaiming it so. Call it a personal bias or not, but it’s somewhat of a comfort to find one’s suspicion and curiosity modestly rewarded in Skully. To be reminded of how games during the N64/PlayStation era successfully masked their obvious design/creative limitations to make for one addictive collectathon after another. With Skully, the homage it pays is clearly aimed at that same period in games. Linear stretches of levels where one can bounce their way to the top of a hill, whereupon a set number of collectibles are hanging. Alcoves and tucked-away sections the camera doesn’t focus on by default, there to be discovered by way of a hidden path.

Such suspicion doesn’t always pay off — at times lending itself to being met with an invisible wall or two. But taken completely at face value, Skully is a modest recreation of the kind of experience that helped make past, pre-2000 entries a short-term burst of venture. The faithful recreation of the kind of levels we all “loved to hate” as kids is evident in the brightest, creative sparks of the game’s eighteen total levels and roughly eight to ten hour investment. When momentum — as much the physics dictating the controls — is on your side, Skully‘s simple premise and limited scope of level design manages to guide it through. When you eventually reach that precarious, panic-inducing segment where platforms are small and the previous checkpoint feels miles away, the set-up is enough that you can forgive the areas where the game doesn’t find the means to attain a sense of pure originality. 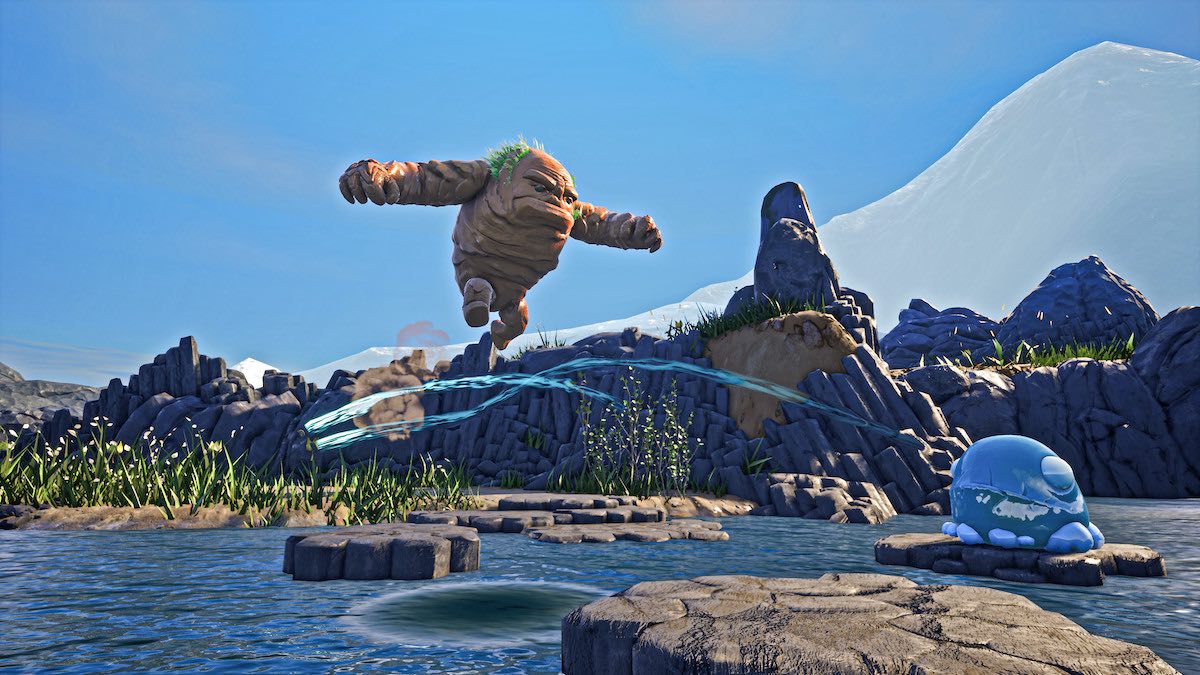 When it works, such things like the on-going narrative of feuding, deity-like siblings can be tossed to the side. As unsuccessful the game is at evoking a sense of humor with the kind of jokes and punchlines that seldom land and whose repeated reliance on such punch-lines — as much the one-note personalities on display — quickly turns into one too many rolling of the eyes. One can even look past the intentional decision to have cutscenes between levels play out in still frames. Though it’s still too much of a stretch to be convinced this is because of some thoughtful, aesthetic/artistic choice, rather than just a general disinterest in fully animating story beats.

The point is, when Skully takes the time to properly populate its levels with thoughtful pockets of platforming segments — and even some momentary puzzle-solving to help vary the gameplay from time to time — the mechanics underpinning it all are sufficient in what they’re trying to achieve. Particularly when you find yourself tackling a level that isn’t entirely linear by design, managing to find ways to loop back into itself and better disguise its obvious limitations, Skully if not completely original in its delivery, is enjoyable enough. It’s when the player finally decides to tackle the core gimmick of swapping out golem forms where a lot of the problems start to arise. 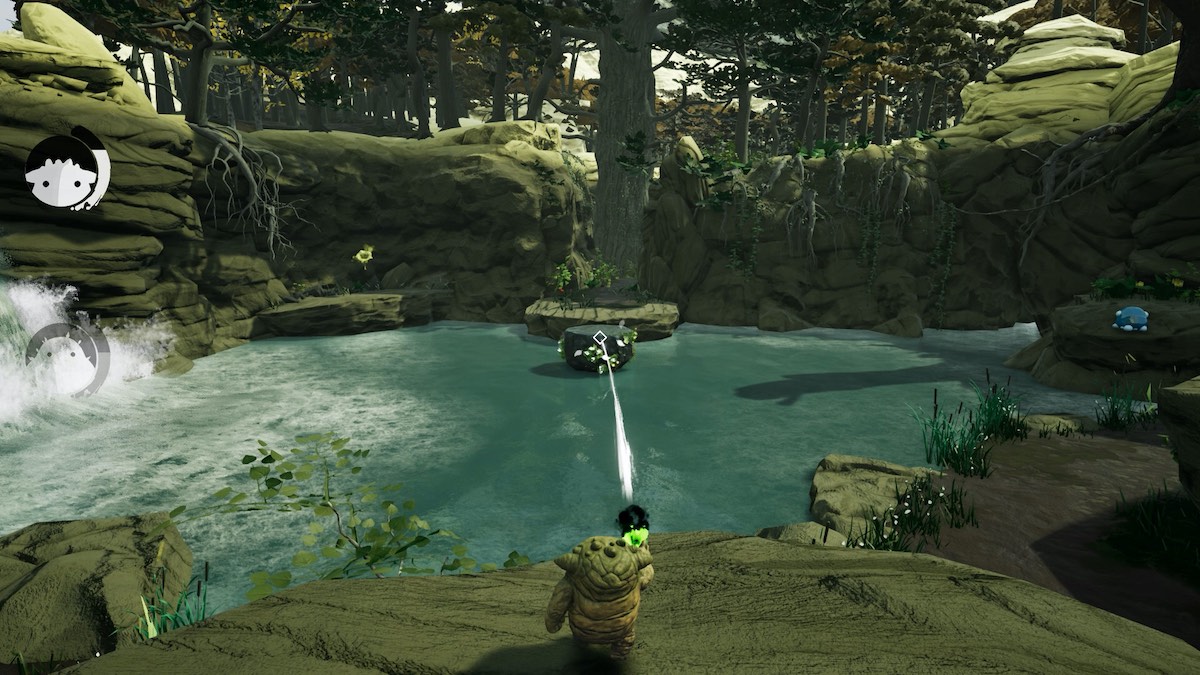 Regarding puzzle design itself, it’s only in the later stages of the game — specifically the final third whereupon one’s abilities are arbitrarily added to without much reason as to why they were never there from the beginning — where these segments are engaging enough to require a thoughtful use of which golems are required and where/when. Outside of these lone moments though, Skully‘s core gimmick feels both under-utilized and sadly a little too bare to be deserving of the time the game dedicates. Welcome it is that some platforming scenarios can be resolved with anyone of the three forms — and that using them equips you with a secondary health bar of sorts — it isn’t long before the requirement of a certain golem feels more like an unnecessary road-block rather than a worthwhile upgrade in one’s travels.

But what’s made worse in these moments — and why they are as tedious as they are in Skully — primarily lies in how much time is wasted on the player’s part, swapping between one form and another. It may be shocking to read that there’s no simple swap function here; instead requiring players physically hop in and out of individual golems in order to control them. Nor is there an ability to remove individual golems at one of the many clay pools that serve as both checkpoints and spawn areas for each required golem. Should you reach the maximum, allotted amount of three golems, the game forces you, for whatever reason, to dismiss all forms currently active rather than allowing you to select which golem to dispose and which one to substitute it for. 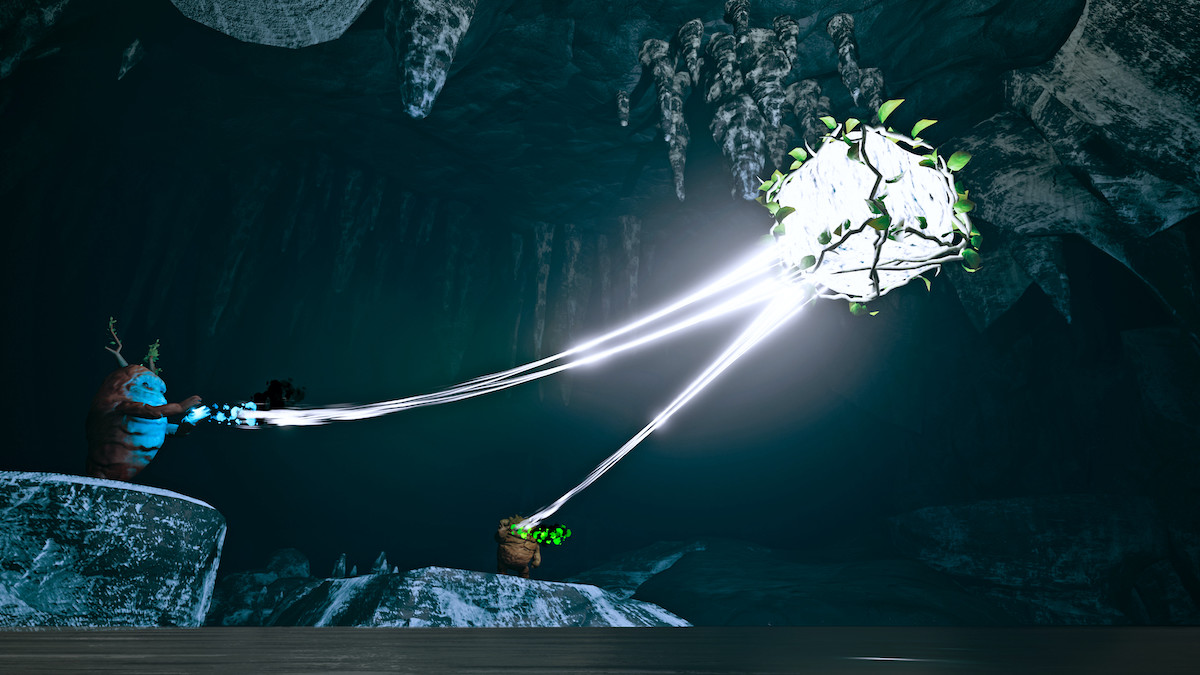 It’s an odd and annoying oversight on the developer’s part. The kind of oversight that unfortunately extends into the technical aspects. Sad as it is to report that arriving at around half-way through the game was met with an immediate crash — corrupting one’s save data and requiring me to restart the entire game from scratch. And while this is perhaps the most extreme Skully gets when it comes to its less-pleasant performance issues, it’s by no means the only one to encounter. But while the evident texture pop-in that occurs at the start of every level can, again, be forgiven, the same can’t be said for the inconsistent manner at which physics are applied here. Thus for a game whose platforming and latter, more daring, feats require such an aspect to be running flawlessly, the sheer number of frustrating instances eventually work against the gameplay’s appeal.

Bad enough that controlling certain golems in these situations can result in some blatantly uneven examples of momentum cancelling out. But when you find your carefully-calculated roll-up onto a hill, suddenly get caught on some invisible scuff in the world geometry, or the basic ability in latching onto vines not work for whatever reason, Skully‘s gameplay — in all its genuine, welcome challenge — can quickly become an unnecessary nuisance. And a frequent one at that. Much like the aforementioned, primary gimmick of swapping/controlling golems to use during platforming and puzzle-solving alike, some of the other attempts at evoking past genre gimmicks like the infamous “chase sequence” levels are sadly not as well-delivered as its more traditional platforming segments. Suffering not only from some needless rubber-banding — which in effect rather undermines your attempt to get as much distance between you and the approaching threat — and equally-needless pulling-out of the camera. Resulting in one too many troubles with depth perception. 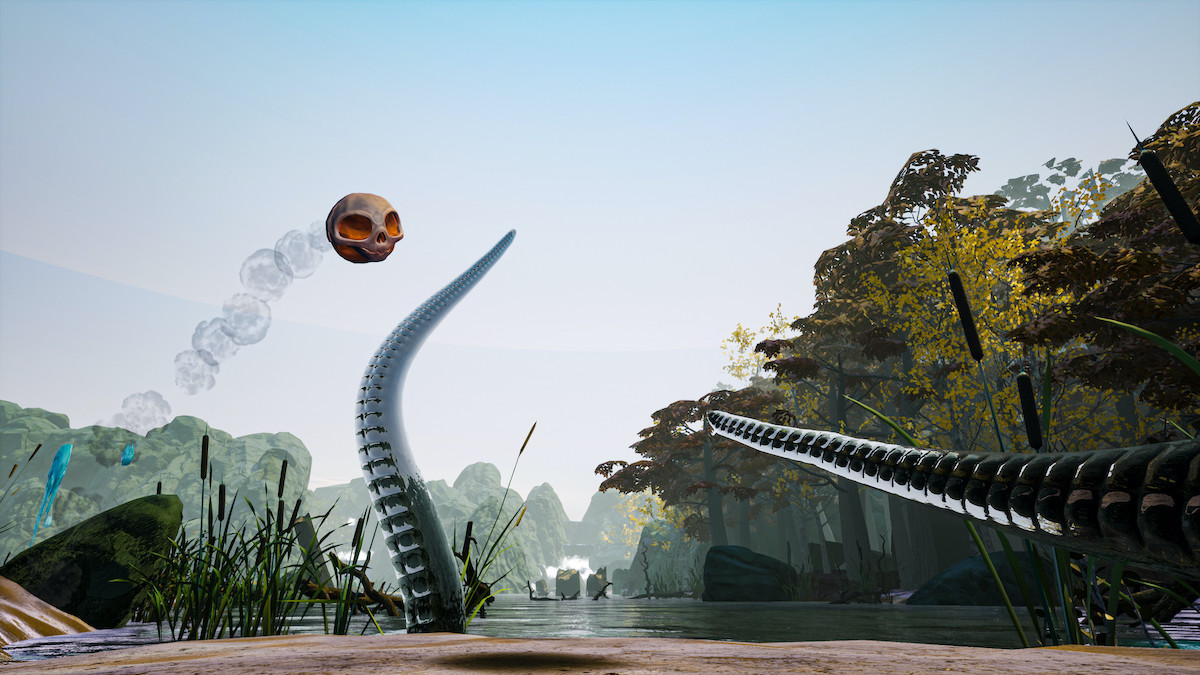 It’s hard to hold the positives in one’s mind without reminiscing on the kind of game Skully could’ve been. Yet take out the personal ambition of this being some grand, 3D adventure to explore in another scenario and Skully is still too much a case of good intentions marred by bad or downright odd decision-making in parts. While die-hard followers of the genre are sure to scrape together some joy in the spots of twitch-heavy platforming and hunt for collectibles the game affords, the lingering of one too many time-heavy design choices and back-end issues means the best Skully can hope for is the perception of a flawed “charming-enough” effort. Whether you can look past the inconsistent physics work, rough technical performance or the narrative’s hackneyed attempt at something resembling personality, will depend on how invested you are in the gameplay. It’s a rough, uneven, disappointingly-middle of the road trek. But for all its faults, Skully‘s acknowledging and understanding of 3D platforming’s appeal does count for something. A game whose heart is most certainly in the right place.