While The Golf Club was a community-driven indie golf title, the game did so well that it caught the attention of 2K Sports. There was a market there for a major PGA Tour game and with HB Studios already having a solid footing, the two sides teamed up. In what would be considered the third iteration of The Golf Club, 2K is introducing the world to PGA Tour 2K21. The game will include all of the legacy content of previous Golf Club titles while implementing more of the actual PGA into the game. Recently I participated in a round table discussion with 2K and got some hands-on with the title.

The hands-on that the team offered was on PC and while it was mentioned the visuals got an upgrade for 2K21, this was best experienced on PC. The game will feature 3D grass and objects on the course and also include a much more illuminating lighting engine. Playing this in 4K with the settings cranked felt like a significant upgrade to the previous title on the same platform. One thing that wasn’t mentioned that completely caught me off guard are tournament replay updates. Not only is the presentation overhauled to bring the feel of a true television broadcast, the game will literally cut to other golfers in between holes and show replays. I’m pretty sure this hasn’t been seen since NFL 2K5 and this most certainly needs to carry over to 2K’s other sports games.

2K and HB Studios have also went out of their way to offer an approachable golf game for players who haven’t picked one up in a while. There are three difficulties with the highest choice keeping the core of what made the physics difficult on the previous titles. 2K21 offers a tutorial right from the start with a simpler control scheme to add draws or fades to hit balls or to create backspin. Players can also adjust hitting positions and what type of landing they hope to achieve. The PC version still includes the ability to drive the ball with a mouse, but controller support is there. 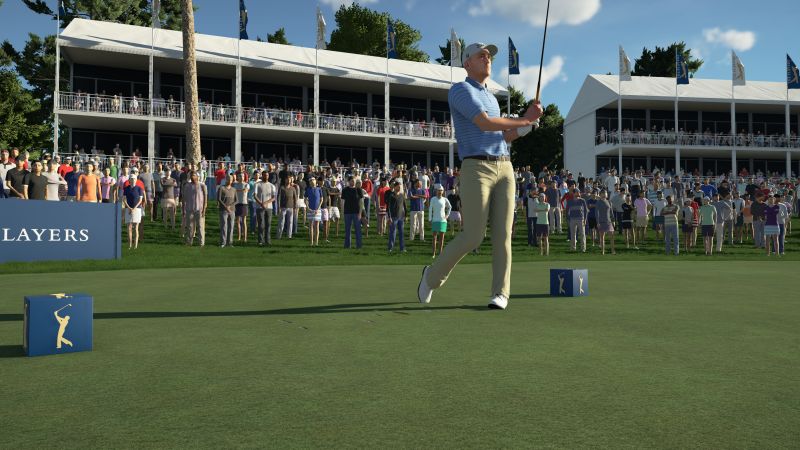 While PGA Tour 2K21 does include twelve PGA Tour Pros, the focus is more towards the individual player. Upon creating a golfer, players can choose from three different tours to compete in including jumping straight to the PGA Tour. This also includes the Q-School and Korn Ferry Tour. MyPLAYER on PGA Tour 2K21 will allow players to unlock tons of merchandise to deck out their player with either via completing tasks or using in-game currency. Licensed brands including adidas, Polo Ralph Lauren, Malbon Golf, Callaway Golf, Bridgestone Golf, TaylorMade Golf and more are available. Players will also gain access to more golf clubs as they compete in over thirty different events that include official FedEx Cup courses. The Career Mode also includes Sponsor Goals to unlock even more merchandise and a rivalry system that rewards players.

While the initial tutorial allows players to get acclimated with the controls, PGA Tour 2K21 will include a Training Mode to further hone in those skills. Players can use this to calibrate their swings for the perfect release, even more tutorials for perfecting your golf game, and a practice mode. This should help get players to raise their difficulty level as the comfort and confidence rises. 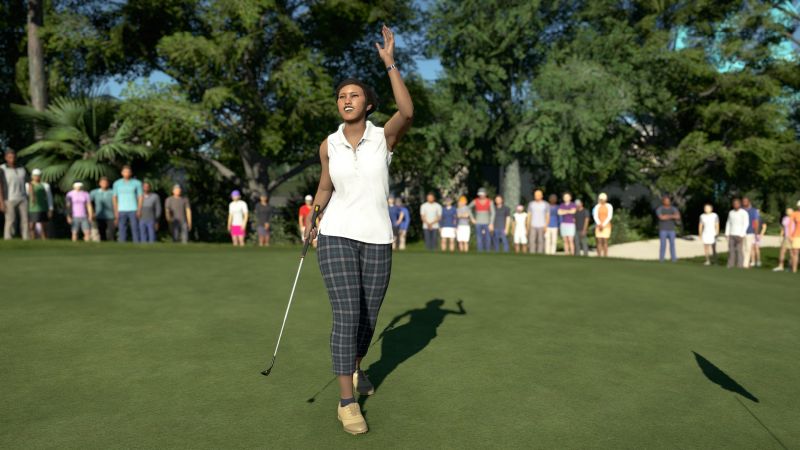 The Course Designer does return from the previous Golf Club games and that includes everything that was previously created. Add this to including fifteen of the top courses that include the likes of TPC Sawgrass, TPC Scottsdale and much more. All of the real world courses have been scanned to include every possible aspect of each location. Again, there seems to be a ton of options here to build on and keep things fresh for virtual golfers.

Justin Thomas, the current World #1 on the PGA Tour, was announced for the cover of PGA Tour 2K21. He’s one of twelve official PGA Tour Pros in the game and according to 2K, will be the #1 golfer on the planet in 2K21. I asked Shaun West, senior producer, HB Studios, and Josh Muise, creative director, HB Studios, about what it meant to have Thomas on the cover and if he would be the top dog in the game. West went on to say, “I think it’s awesome (having him on the cover). Obviously, having the world’s number one golfer on the cover of the game is fantastic. We’ve already talked about it. He won a tournament at a perfect time. He also happened to do it on one of the courses that’s featured in our game. Not going to say there’s a tie there, but maybe he played the game before the weekend. So, it’s been an amazing process, not just working with Justin, but all the pros. They all bring such a unique characteristic to the game. Justin is the ‘final boss’ of the rivalry feature.” 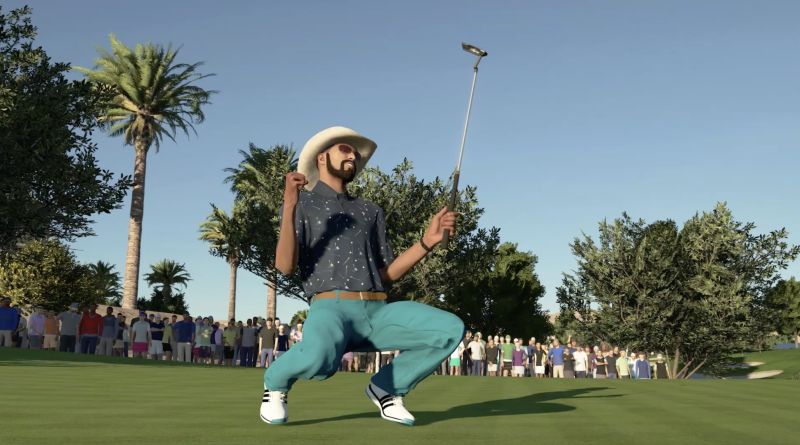 Muise also showed his love for the world’s number one golfer. “The more I got to appreciate about Justin and the more I got to know him through building this product, I think he represents and interesting part of that new wave of golfer where you know he puts himself out there. He’s got a social media side of him where there’s a playfulness to him, as well, while he also still looks very serious and is a very skilled competitor so you know that there’s been a lot to like about Justin the more time we’ve got to grow and learn about him. Even from like the clothing choices, when we first thought about putting a cover athlete on our game, I probably wouldn’t have imagined it would be a blue on blue camo with white stars pants. I think him as a personality and him as an athlete, it’s the whole package. It’s kind of everything in one where you’re bringing these more fun elements. I couldn’t help notice he won on the weekend tournament wearing an awesome pair of pink pants that I’m pretty sure we have to have in our game now.”

PGA Tour 2K21 looks to bring the best of what The Golf Club has established with what 2K does best for its sports franchises. Whether you want to own the PGA Tour with your MyPLAYER in Career Mode or get a few of your buddies to play 18 at the house with an almost infinite number of courses, 2K21 looks to have you covered. The game will launch on PlayStation 4, Xbox One, Nintendo Switch, Google Stadia and PC on August 21. Check back for a review closer to that date.