The original Phoenotopia was a Flash game that provided a much higher-quality core gaming experience than the norm – with fast action and fairly in-depth combat. Awakening’s development began soon after the Flash game received rave reviews, and the lead developer wanted to bring it to Nintendo hardware due to his love of their platforms. The team’s small size led to them focusing on one platform and one territory at a time – and Switch owners are fortunate enough to get first dibs on the adventure. 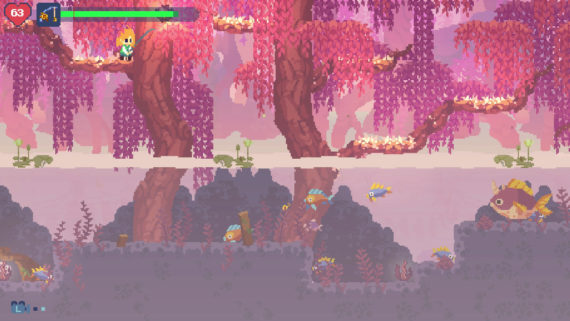 However, while the Flash game was good for its time and platform, Phoenotopia: Awakening aims to be a great game period. While it covers the same story of trying to save your village as a young woman named Gail, everything has been revamped. The controls are a lot more responsive and modernized, and the art has been redrawn from being programmer art to being professionally-crafted art with lush animations. The scope of the adventure has been expanded as well, with a lot more content and new characters and NPC quests being added in to keep the adventure interesting. 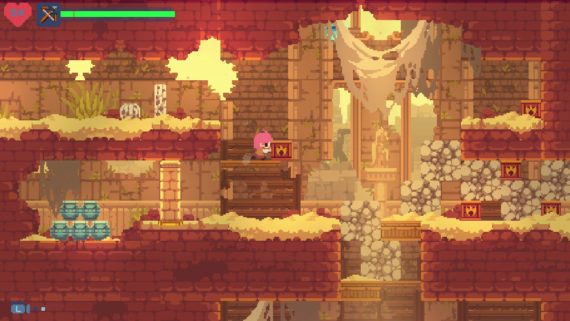 The game’s premise is pretty unique, as you don’t see a lot of games where you’re playing as someone out to rescue a town full of folks taken aboard a starship – but that happens and now you’re left to pick up the pieces and solve the mystery. There are about 25 to 30 hours of playtime – far beyond the two or three you could get out of the first. The game has basically been rebuilt from the ground up and if you’ve ever wanted a Zelda-like adventure, but in 2D, you’ll have a lot of fun with Phoenotopia – Awakening when it launches on the eShop on August 20.