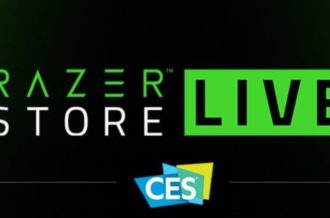 Elgato has been getting into the streaming game for a long time now, with the revolutionary Stream Deck and capture devices highlighting their dominance in the industry. They had almost everything covered for streamers and influencers, right down to an easily stored Green Screen, but there’s one area they hadn’t really touched: audio. For the longest time, there have been only a couple of microphones that have controlled the market, specifically the Blue Yeti and the Audio Technical AT2020, but Elgato is looking to break through with their Wave:1 and Wave:3 microphones. Teaming up with LEWITT Audio, Elgato is offering some groundbreaking technology that will help them succeed in a highly-striving marketplace. 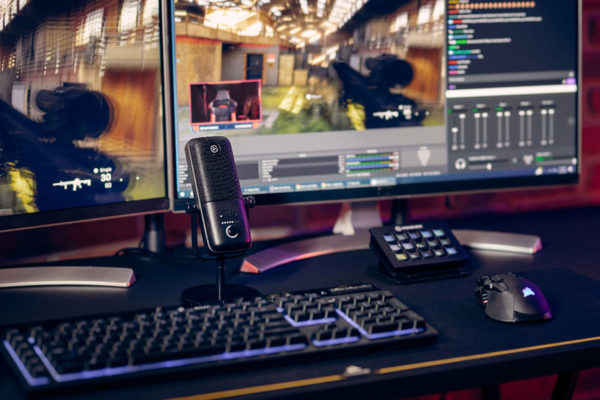 Right from the get go, the design of the Wave:3 is appealing. Its rectangular design is a breath of fresh air, with subtle yet striking lighting features. It’s not on the level of something like the Razer Seiren microphone which offers an 8-bite emoticon LED display, but its sleek design is a perfect blend of professional and stylish. It also has a small volume knob that controls all the various inputs and outputs with a single click and twist. For example, you’re able to increase and decrease between the 13 mic levels while immediately swapping to your headset or PC/Mic Mix, each displaying their own values through seven LED lights. It’s a simple and intuitive analog function that goes a long way, especially with the subtle light indicators. The stand, while small, is relatively sturdy. It’s not the best you’ll find out there as rocking the desk will rock the mic, but it does its job. If you do have a microphone boom scissor arm, the Wave:3 can be easily detached from the stand and screwed on with the adapter that comes with the package. Finally, the Wave:3 uses a USB-C connector and has a 3.5mm headphone jack on the back.

The mute button is something to talk about. It’s located on the top of the microphone, rotating the little light around the audio knob between white (on) and red (muted). It’s also touch sensitive, which could be a good or bad thing depending where it’s on your desk. For someone such as myself, I have a tendency to reach over it to pick up headphones, so I’m accidentally grazing the mute button from time to time. Regardless, I actually much prefer this method of muting. As someone who manually mutes versus having something like press-to-talk, it’s a blessing to know that those on the other end of the line won’t hear a loud “thud” before I go silent.

The Wave:3 comes with a number of fantastic features that more microphones need to implement. For example, it has proprietary Clipguard technology. What this means is that no matter how loud you get, you’ll never go over the max sound levels and clip. You’ll never have to see red again and it works perfectly. This is going to be one of the components that drives the Wave:3 over anything else as using it for voice overs has never been easier. No longer do you have to take so much time adjusting levels or manage your distance from the mic when recording; it’s a huge weight off content creators’ back. There’s also a multi-layered Internal pop filter which works well, although it’s not perfect. It won’t eliminate pops completely, which I suppose the external pop filter accessory is meant for, but it does it well enough to be a significant feature that shouldn’t be overlooked. It isn’t as sensitive to certain words as others, even though it is sensitive in other areas, such as picking up background noise. Outside of that, like most of Elgato’s newer products over the last couple of years, this also has Stream Deck compatibility. 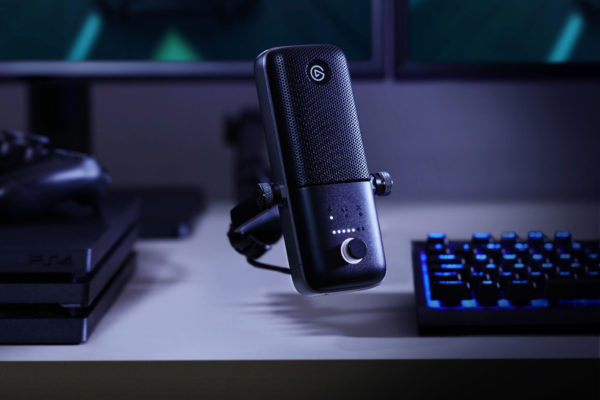 Even with all these features, it’s the audio quality of the microphone that matters and the Wave:3 is a studio grade mic. It has crisp audio with its 96 KHz sample rate, upwards of a 20,000 frequency response, and 24-bit depth. The only significantly disadvantage the Wave:3 has over its competition is that it only features a Cardioid Polar Pattern. Looking at something like the Blue Yeti, which is roughly the same price, it not only features a Cardioid pattern, but Stereo, Omnidirectional and Bidirectional. Granted, it doesn’t come with the handful of new technology that excel the Wave:3 into the rankings, but it’s a microphone directed at a specific type of consumer — specifically someone who will only need it for recording audio directly in front of them.

Wave Link is the next big element to the Wave:3, something that could be a huge component for streamers. This is Elgato’s very own digital mixer application that gives full control over audio sources. At a time when music DMCA takedowns are rampant on Twitch, this couldn’t be a better option for creators. You could have two completely different music sources playing, one going out to your viewers while the other is going straight to your headset. Same goes to say Discord or other chat applications where you can toggle voices between airing on stream or not. It’s a powerful tool that every creator should have in their arsenal as it will make life much easier. For non-streamers, though, it won’t do much for you and even might be annoying as it does add a multitude of audio sources to your Sound Outputs by default. 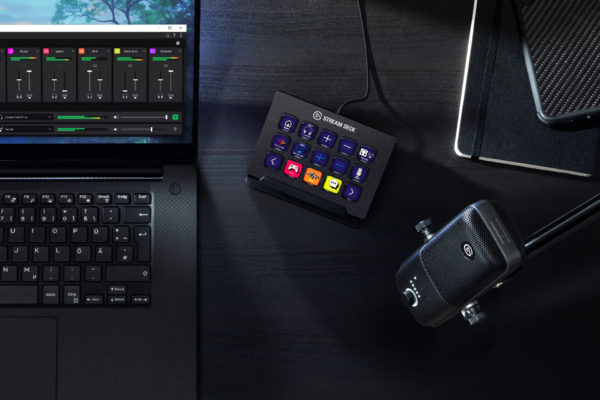 The Elgato Wave:3 microphone is exactly what content creators are looking for. While it only has a Cardioid Polar Pattern, it features innovative technology that will be beneficial for both streaming and voice work. The Clipguard is one of the biggest advantages you’ll find as it guarantees you’ll never to spike/clip your audio ever again, ensuring for far less time with adjustments and recording takes. The built-in pop filter, while not perfect, is a nice touch, and the multi-functional knob is intuitive. All of this just propels the microphone as its crisps audio quality is just icing on the cake. Being Elgato’s first step into the microphone market, they have successfully shaken things up with some of the most desired features you’d want from a microphone.