Fall Guys: Ultimate Knockout is officially the most successful launch for Mediatonic and Devolver Digital. Since launch, the game show battle royal has racked-up some impressive stats, and the companies have decided to share some of those numbers. Honestly, with numbers like these, it’s no wonder there were server issues going into the weekend. 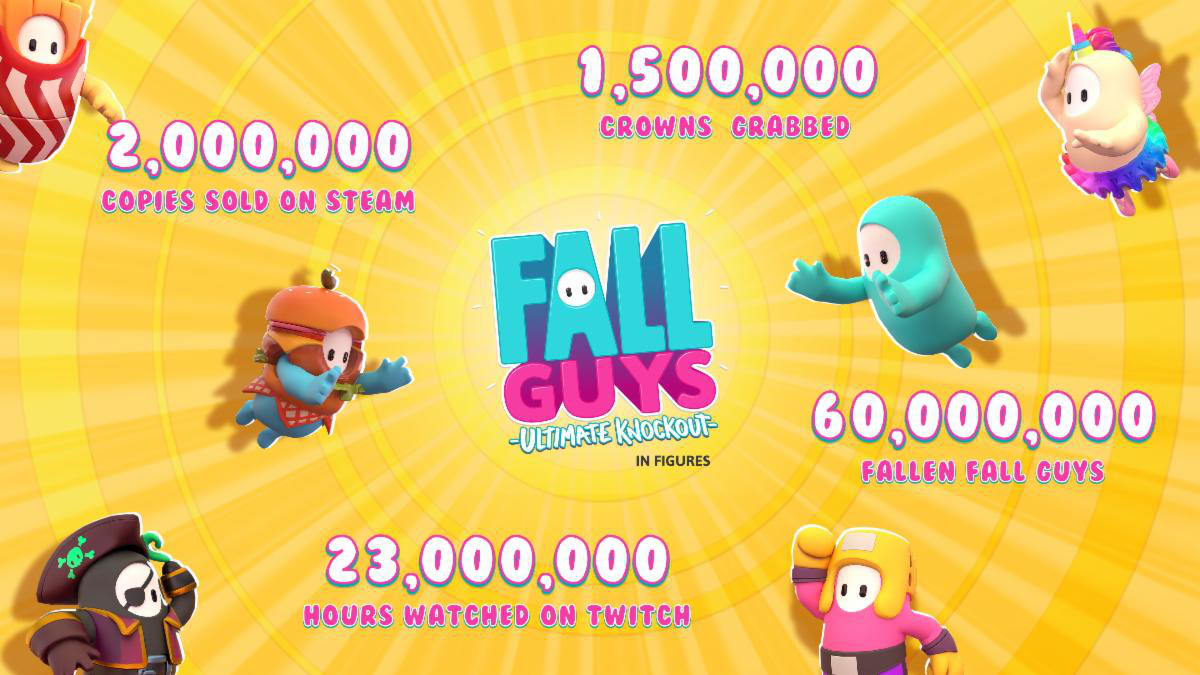 Despite being a bit rough around the edges, Fall Guys: Ultimate Knockout has nonetheless captured the attention of the gaming populace for the moment. It remains to be seen if the game can keep fans interested going into the crowded autumn months, but the developers seem determined to make it happen. “It has been overwhelming and humbling to watch the launch and reception of Fall Guys,” said Mediatonic’s Co-Founder & Chief Games Officer, Paul Croft. “We’re incredibly grateful to all of our players for their support and have big plans for the game in the future.”