Last month it was revealed a trio of PlayStation’s finest would receive Funko Pop! figure collectibles. Today, a new batch has been announced and it’s a pretty diverse group from across the console’s history!

This time five characters are getting a figure. Joel from The Last of Us is holding a shotgun. Death Stranding’s Sam Porter Bridges is depicted transporting a baby. Ratchet and Clank arrive together in a two-pack. Sweet Tooth of Twisted Metal fittingly has a Pop! Rides of an ice cream truck.

Each one is available for pre-order now though Joel and Sam will ship out in September while the others release in October. Check them out in the image below! 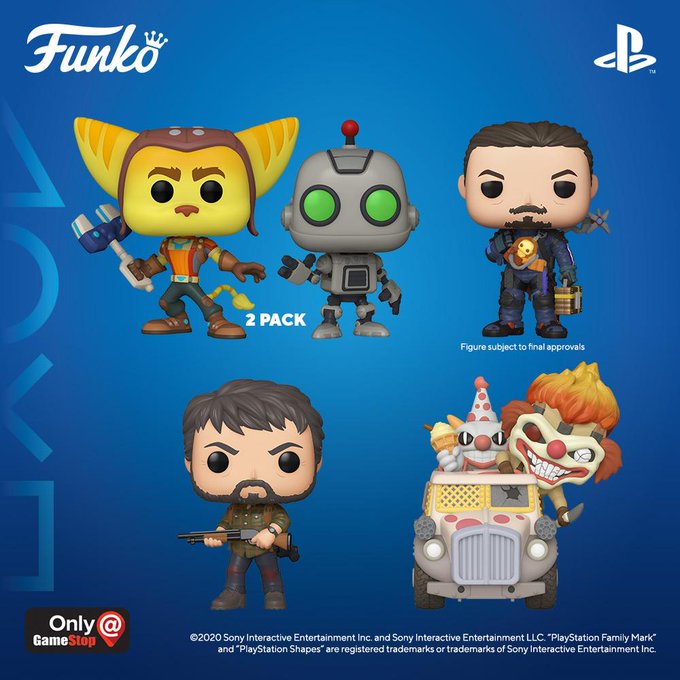