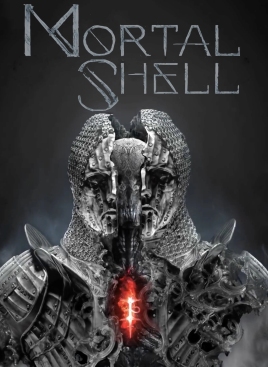 The “souls” phenomenon has swept the world and left its indomitable mark in gaming history. The technical melee gameplay style has spawned a whole new genre that’s inspired titles even decades after its initial conception. Since the archetypal Dark Souls series ended in 2016, the gaming community has been chasing the feeling. There are many lookalikes, but the most successfully-inspired titles embody the souls fundamentals and have their own identity. The basic pillars of the genre are deeply technical styles that require detailed player knowledge. It’s not enough to simply spam attacks or evasive maneuvers — no, the souls genre requires careful calculation of each button press. For example, it is not uncommon to count how many dodges you can perform before your stamina runs completely dry. How many combos can you perform safely before the enemy inevitably strikes back? In fact, so much of these techniques actually require to keep eyes on the enemy for telegraphing hints that guarantee success. These are just a handful of situations that souls players have learned to look out for — because that’s how you survive the game.

Mortal Shell initially released its Beta testing earlier this year and has now fully released to much player anticipation. This indie souls game recognizes the archetype and frankly doesn’t try to hide it either. Do you miss Dark Souls? Do you want more of it? Mortal Shell is basically Dark Souls — even down to aesthetics. But this is not necessarily a drawback. Successful titles in the past have taken major inspiration from Dark Souls, but with their own spin. Mortal Shell takes similar themes found in the Souls series and shapes them enough to create something new. Veteran players will easily slip into controls and have the necessary instincts in place. Major differences are seen in Mortal Shell’s gameplay. This is where the title truly sets itself apart from others in the genre. With unique gameplay techniques at your disposal, it shows that the souls genre is simply Mortal’s shell.

One of the things that’s always drawn me (and many others) to the genre is its macabre and solitary aesthetic. Mortal Shell carries these themes beautifully with its art design and overall aesthetics. It’s a gorgeous setting that helps carry narrative themes and world building. As we awaken, naked and alone, we must guide our protagonist through this hostile world in search of his shells — inhabitable suits of armor which grant special abilities. There are a total of five shells across the land; each one represents a traditional fighting class. As players traverse the world of Mortal Shell, they’ll also encounter curious NPCs and interconnecting paths. Exploration may also yield side story or special encounters. 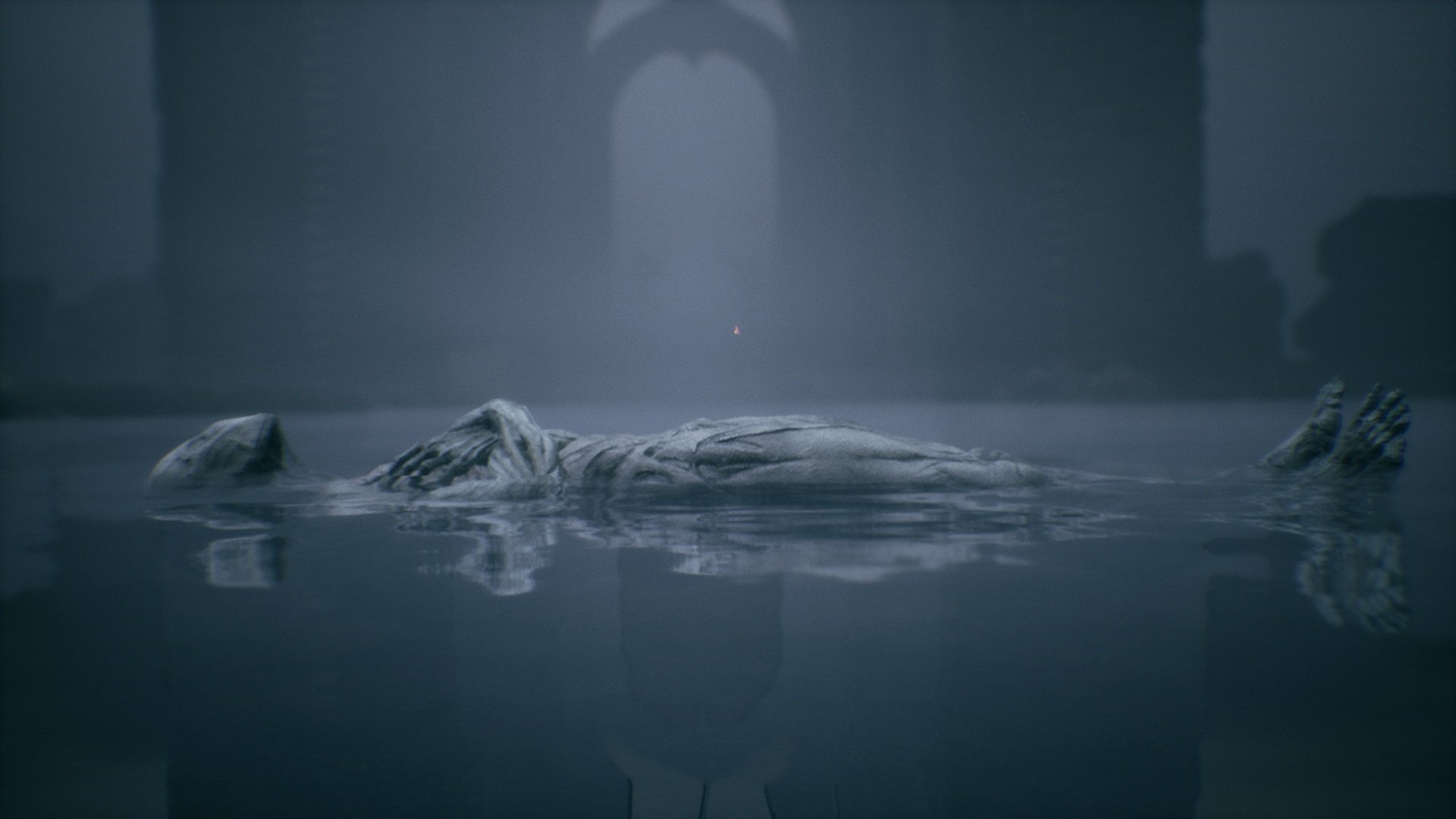 One of the first shells obtained is the Knight that is easily balanced for melee gameplay. It’s marvelous to see our protagonist take on the essence of each shell through quality cinematics. Because our natural state is weak and susceptible, our protagonist must always reside in a shell for protection. This becomes key in combat as we may actually be forced out of the shell if we let our health get to zero. Once this happens, we’re thrown from the shell and must scramble back to it as quickly as possible. This is where Mortal Shell actually gives players another chance to bounce back if their life gets to zero. You have opportunity to retrieve the shell and continue battling like normal. Death isn’t always the end in this title. While you’re given a second chance to recuperate, it does mean that the next eviction from your shell is final and will load you from your last checkpoint. While this may seem like a safety net, it doesn’t make the title any less challenging as you still may need to fight your way back to the safety of your shell.

The shell truly is your power. Where other titles in the genre require that builds are created for your character from allotted stat points, Mortal Shell instead revolves around each suit. You’re able to upgrade each shell by offering Tar to Sester Genessa — veterans of the genre will immediately see the parallels to the archetype. Tar is collected throughout the world; along with a variety of items that yield interesting effects. When each shell is upgraded with Sester, there are special modifiers you’re able to unlock that enhance power, stamina or combat. She acts as a keeper and a haven throughout the game. She’s also a main narrator for our story and adds more depth to the world building. When you die, you’ll respawn in her presence so that you can set off again. You’ll probably see her soon again, anyway. 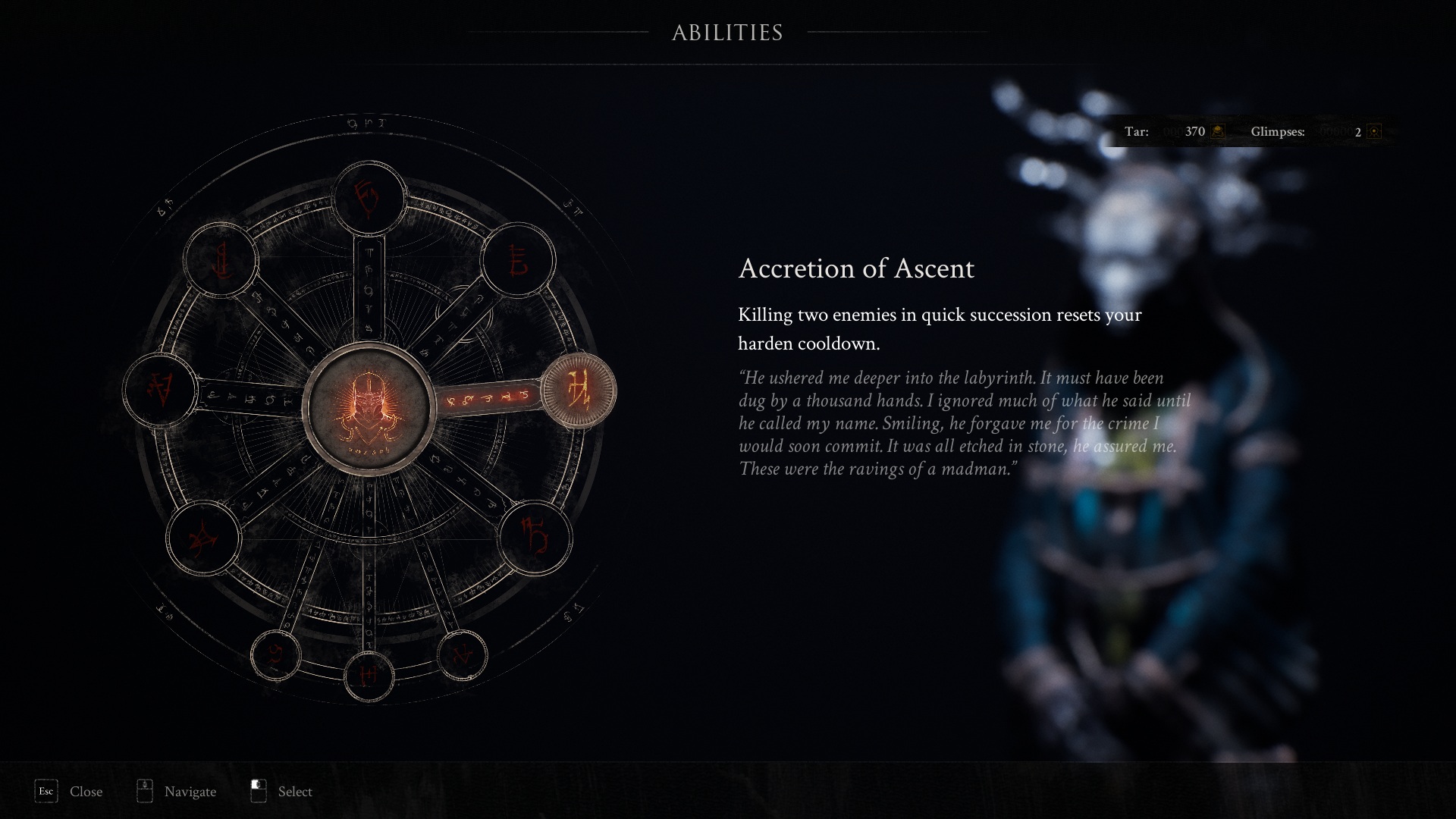 Combat gameplay in Mortal Shell is impressive because of its accuracy in regards to action and reaction. One of the driving tenants of the souls genre is commanding enemies’ reactions. Traditionally, enemies are coded to responded to various player attacks and distances. Understanding how enemies move within the game is the key to winning. Mortal Shell does a great job in fleshing out these combat interactions with responsive enemies that make for a fun, challenging time. Enemies in Mortal Shell may even stumble or become unbalanced if you dodge correctly — a subtly important touch that may give players the edge in combat. Even when you think you’ve outsmarted an enemy, it may surprise you and cancel an attack to fake instead. Gameplay feels fluid and relies on basic inputs without feeling repetitive. Alternating light and heavy strikes make for some great combos — especially once weapon upgrades are unlocked that change the nature of your weapons. Enemies will become more desperate as you whittle away health (their physical appearance becomes more ragged too). Attacks will become more aggressive and Mortal Shell will punish you for being greedy. The title has honored the basics while adding its own spin on classic play.

Mortal Shell has taken the essence of souls play and added new elements to it in refreshing ways. Of the most notable is the special skill you have from the beginning called “harden.” This hardening ability allows the protagonist to transform himself into stone. You can stay transformed until an incoming attack hits, but this hardened exterior will take the damage from the blow instead of your health. It’s a simple, yet unique, feature that also transforms gameplay. You can harden any time, even while attacking. This means that you could harden to ignore stagger from an enemy attack and land a final blow. It means that if you blocked too soon (or too late), you can harden instead to mitigate damage as a back-up “block.” Harden is useful in so many capacities that it beckons player experimentation — which ultimately is what Mortal Shell is all about. The best titles in the genre are the ones that do give players the freedom of gameplay exploration and experimentation. 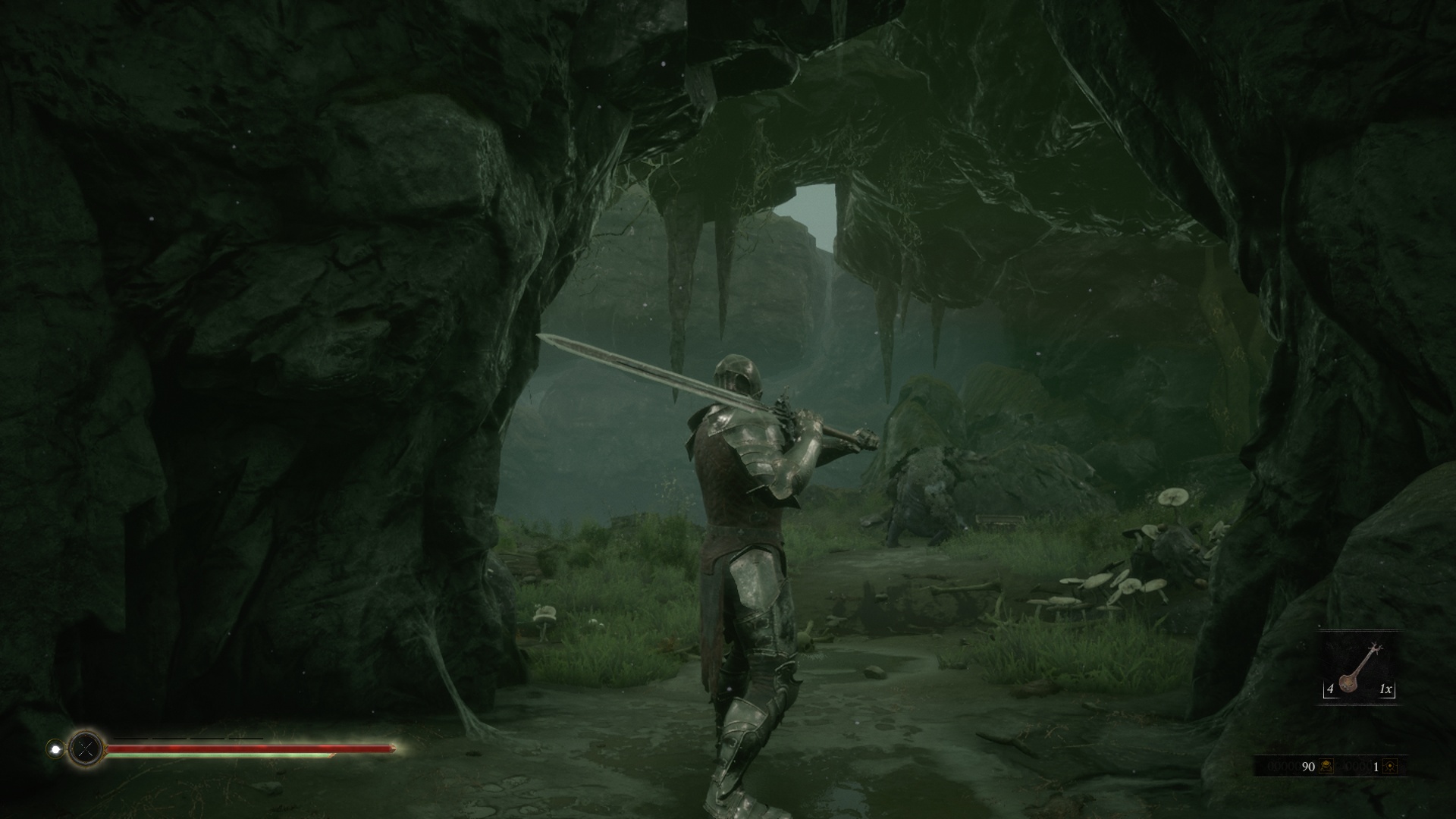 Mortal Shell is a faithful homage to the games that came before it. It doesn’t shy away from this and instead uses the genre’s history to push players into new situations. Combat is fluid and makes use of the dodges, parries and melee attacks that veterans are used to. It’s also easy enough to pick up for newer players wishing to get into the genre. Mortal Shell’s gameplay style is what makes it so accessible, as new combat mechanics like shell abilities and harden give players breathing room until they learn. The title is a harsh teacher, however, as death will likely occur. Enemy designs are intriguing and telegraph beautifully. AI reacts beautifully during combat for fluid play. It’s a title that streamlines a lot of the souls experience down to the bare essentials while being refreshing. Veterans of the genre may find the title too short, but may like the unique combat. Whether you’ve played these kinds of titles before or not, Mortal Shell solidifies itself as a serious contender.