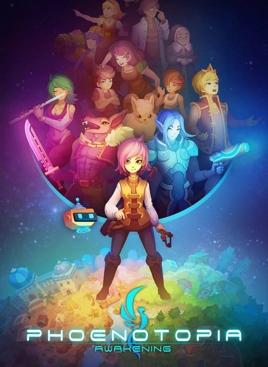 Although these days it’s not brought up as much, Newgrounds has always been a creative outlet that saw the beginning for many people. This includes the likes of Super Meat Boy and of course, Phoenotopia. What started out as a hit success on Newgrounds ended up creating its remake in the form of Phoenotopia Awakening which tells mostly the same story with some changes to things here and there. Given the surprising level of production that went into the Newgrounds version it’s no surprise it managed to gain enough interest to warrant a full release. The question is does Phoenotopia Awakening make a hit as a full-blown indie title or was it better off as a niche Newgrounds hit?

The story opens with a brief history of the world, where many years ago humans were pushed underground as the world above grew too dangerous to be survived on. They planned to wait underground for many years until it was safe to inhabit once more, only being able to survive thanks to the mysterious Phoenix that has since long gone missing. Many years later as humans have long since managed to restart society, a young girl by the name of Gail is living out her simple days as one of many orphans in her home town. After venturing out in a nearby forest to gather up some of the other kids to eat, they come back only to find that everyone in their village has been abducted by aliens. Concerned and confused, they decide they must work together to keep the village going while Gail heads out to seek aid to help to try and figure out what exactly is going on. With nothing but a bat and slingshot in hand, Gail begins her long journey to try and rescue her abducted villagers.

On the outside Phoenotopia seems like a rather simple action platformer. Gail travels through areas from left to right, exploring every nook and cranny to find money or other secrets along the way while attacking enemies with her trusty bat. Almost everything Gail can do is determined by her stamina, which recharges over time and can be increased along with her health by finding the corresponding items hidden throughout the world. Using her bat, running and using any other weapons such as the slingshot or crossbow use up different amounts of stamina. Running low on stamina hinders what Gail is capable to do, often leaving her only able to jump, making it an important aspect to pay attention to and increase. Unfortunately the stamina also tends to slow down combat immensely, especially against bosses, making it an annoying matter of standing and waiting for it to refill slowly in order to continue attacking. Stamina also drains even when in areas where there are no enemies, which can be tedious when trying to run quickly through some of the larger areas. 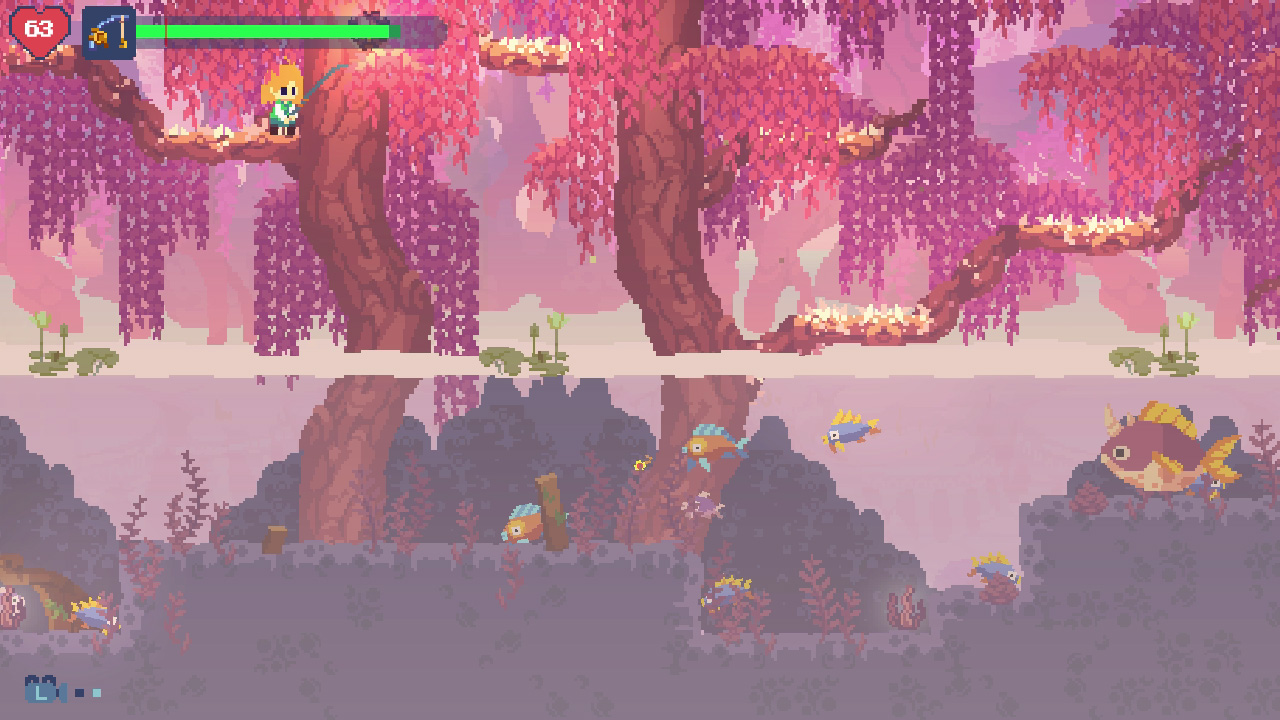 The overworld is surprisingly filled with many places to explore. There’s of course the main towns and dungeons that will be visited during the story, but many caves on the side offer additional exploration. Some of these require many of the items Gail obtains along her ways like the flute or bombs. The flute in particular is a key item that helps unlock tons of side areas. Along the story Gail will learn songs similarly to musical instruments in Zelda titles that when played at certain locations unlock required or optional areas. Sometimes the song is random and must be figured out by context clues in the area, leading to some creative puzzles. It would also be nice if there were an actual map with names of areas that have been visited, as traversing between areas early on especially can take some time. The same can be said for towns or dungeons, where a map of unlocked areas would be nice even if just to make more of a mental note of where secrets that can’t be accessed yet are hidden. There isn’t any level up progression at all and instead Gail gets stronger through purchasing upgrades with money or the rare moonstones. For the most part this is fine, but money can become an annoyance to earn at times. Most upgrades are obtained via money and some are very much required to proceed, or difficult without, and tend to cost a lot. It’s never clear which of these items are necessary such as the early lantern and it’s easy to want to buy new armor or weapons since even early small enemies tend to have a lot more health than one would think.

Money is best obtained by treasure chests, as enemies tend to just drop food if anything at all upon being defeated. Food is useful, as it’s the key way to restore health out in the wild, but even just eating can be frustrating in the midst of a fight as each food items takes a certain amount of time to be consumed. Gail can also cook food at a fire by participating in a short button-pressing minigame which in turn speeds up its eating time and allows it to restore more health, but when actually in a fight it can often lose more health than it recovers due in part to how quickly enemies tend to attack. Mashing the eat button does make it go by faster, but this also isn’t ever outright stated as a mechanic and is a matter or trial and error to figure out it can be done to help. It also doesn’t help that there are limited inventory spaces which can be increased through buying upgrades, but it becomes another chore to earn money in order to unlock. 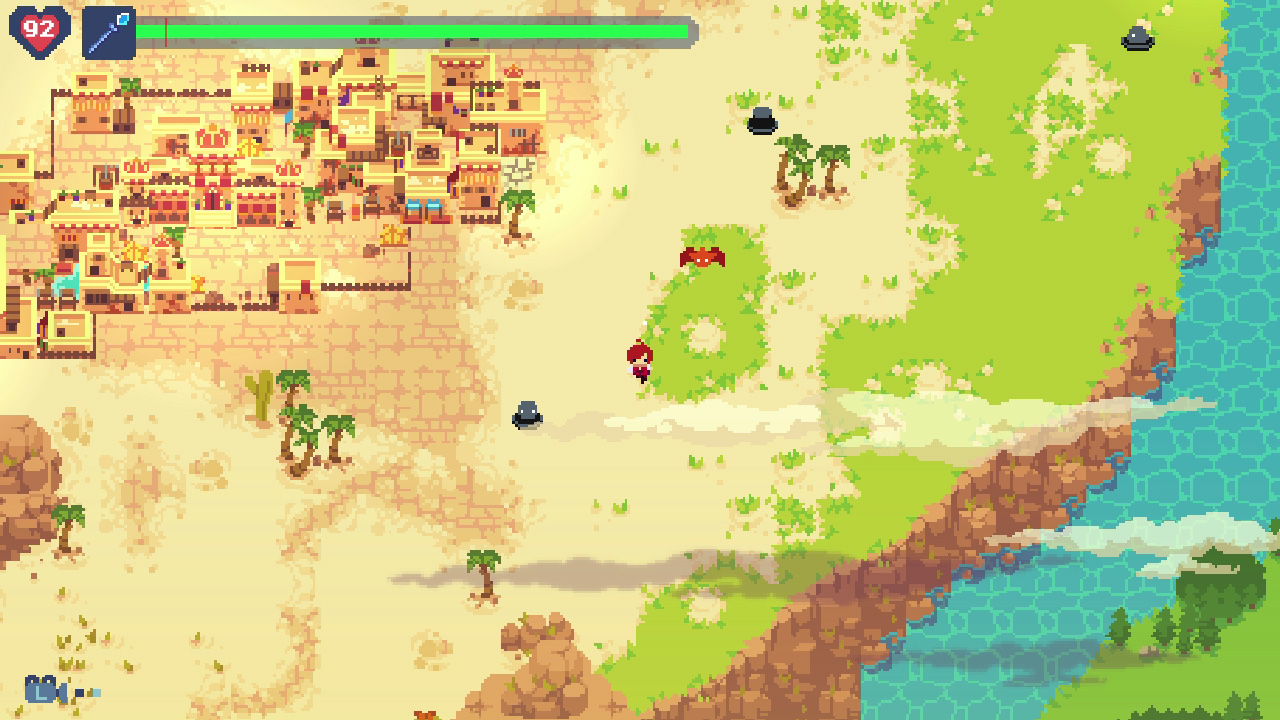 Phoenotopia in many ways is reminiscent of early NES and SNES titles in its difficulty at times. This includes save points and lack of any sort of helpful auto save, meaning a death always brings Gail back to the last time she stopped and saved. This can lead to occasional frustration by continually progressing the story without running into a save point meaning one death leads to repeating potentially large segments of progression or treasure hunting. Not to mention save points aren’t often put outside of boss areas, leading to repeating the same area over and over in addition to potentially sitting through unskippable cutscenes numerous amounts of time until the boss or challenge is completed. It makes saving feel like a requirement after any ounce of progress, lest it have to be repeated, which can lead to constant backtracking just to not have to replay sequences over and over. Save points are also inconsistent, with some refilling Gail’s health upon dying while others keep her at whatever health she saved with. Tie this into the fact that invincibility frames are almost entirely nonexistent and the smallest group of enemies can easily combo Gail to her doom between their attacks and there’s a lot of deaths to be had no matter how strong she may be.

There are three key places that Phoenotopia Awakening excels: its beautiful art style, wonderful music and endearing story. The pixel art style is fantastically detailed and areas are utterly charming to the brim with tons of secrets and puzzles to be found or solved. The music is catchy and delightful when in more calm areas, while it manages to get tense when in dungeons or in a dangerous situation. The story and dialogue are genuinely engaging, with the funny quips from characters being one of the biggest highlights. Almost every NPC has something to say and while it may be helpful, it may just be a silly statement that makes for a funny moment. The story provides a great amount of mystery and revelations along the way and even with the somewhat simple premise manages to surprise many times along the way. 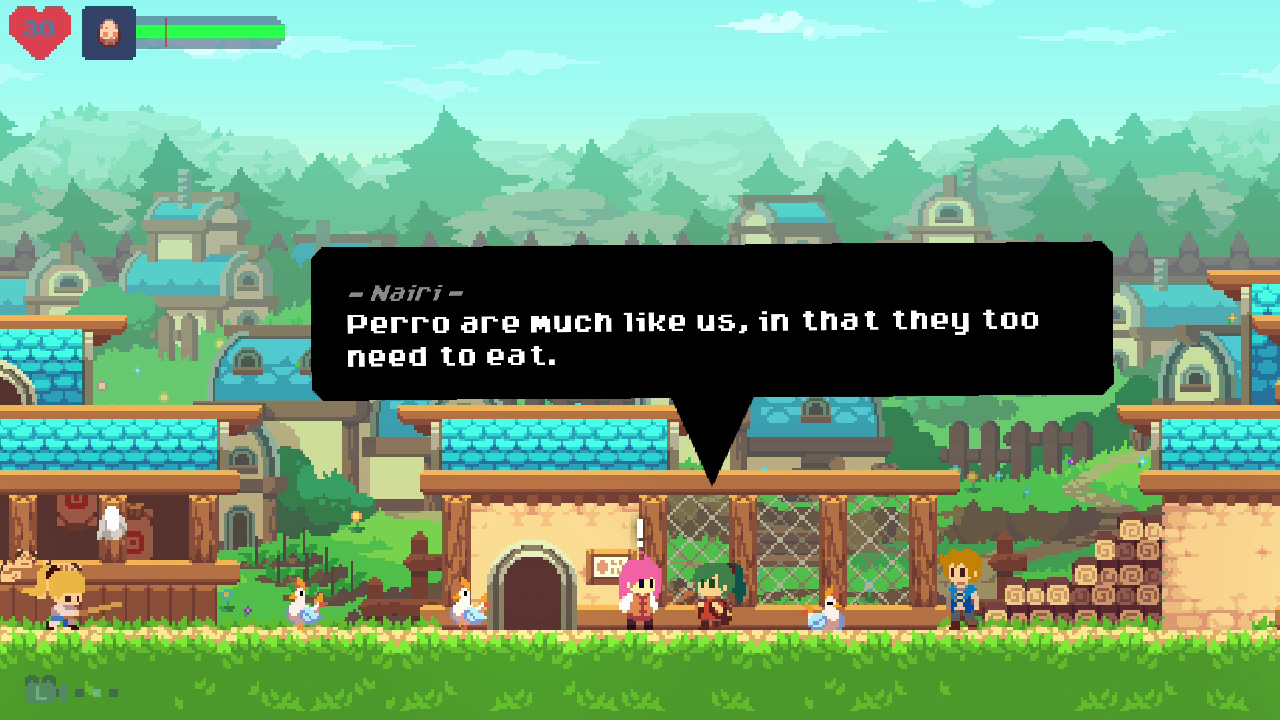 There’s quite a bit about Phoenotopia Awakening that comes across as enjoyable. The puzzles are easily some of the biggest highlights and require a good amount of thinking at times to solve. Unfortunately the combat tends to drag it down, leading to overly-frustrating encounters against the most mundane enemies. Bosses tend to be better, moreso relying on players to memorize the repetitive attacks they can use, but they’re often preceded by long segments that will be replayed over and over upon dying multiple times until their attack patterns can be learned. Phoenotopia Awakening is filled with a lot of potential from its wonderfully-charming presentation to utterly-delightful characters, but it just falls short of being something iconic and memorable with systems that often work against the player and can feel almost unfair like many retro video games most people don’t tend to pick up and play anymore. With a few tweaks it could make for a much more balanced experience, but Phoenotopia Awakening would be hard to recommend to those not looking for a steep challenge.