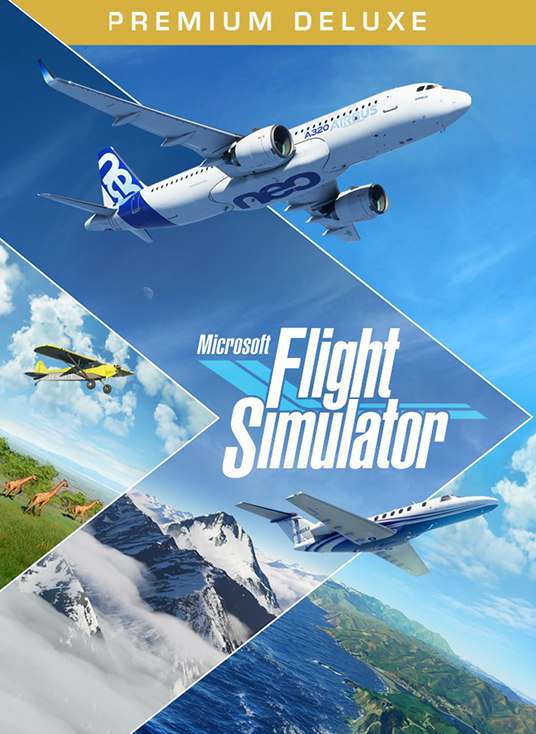 To the best of our knowledge there’s only one Earth.  Interstellar observation has gotten good at picking out planets around stars, but even so there are few in the Goldilocks zone and functionally zero that seem like they’d be able to support life.  It’s a big universe that extends a reasonable facsimile of forever so odds are excellent there are other life-bearing worlds out there, but finding one is only slightly less likely than ever being able to explore it.  Thankfully the planet we’ve got is huge, packed with riches and dominated by a species that loves to build.  Earth is beautiful beyond belief, but most people will only ever get to see a small amount of it in person.

Technology has been moving forward nicely to help correct this in the last few decades, starting with Google Maps satellite view and getting ever-more-fancy from there.  The VR version of Google Earth is an incredible achievement but limited to a small subset of people with the right hardware, and while it was neat to look at, the tech wasn’t designed around the idea of gaming.  Microsoft Flight Simulator, on the other hand, uses every square mile of the surface of our home planet as the basis for an incredible flying experience, gorgeously rendered and amazingly accurate, barring the occasional office block on remote hillsides.  The game is a combination of excellent flight model and stunning scenery, making it a pleasure just to hop in one of its many planes and see what the sky has to offer.

At the start the entire game is open, no gatekeeping or need to unlock, but it never hurts to check the tutorials first.  The flight instructions are designed with the absolute novice in mind, starting from zero and working towards a basic knowledge of getting a plane into the air and back on the ground.  A well-planned flight is comprised of several stages, from the comparatively-easy takeoff to the nail-biting landing, and Microsoft Flight Simulator has guides and aids for every step of the process.  What it doesn’t have is pointers on how to get to much beyond that, or even a manual, so it requires a fair amount of poking around outside the game to learn.  With the clarity and friendliness of the existing tutorials this is a surprising omission, but the information is easily researched and then it’s not a problem any more. 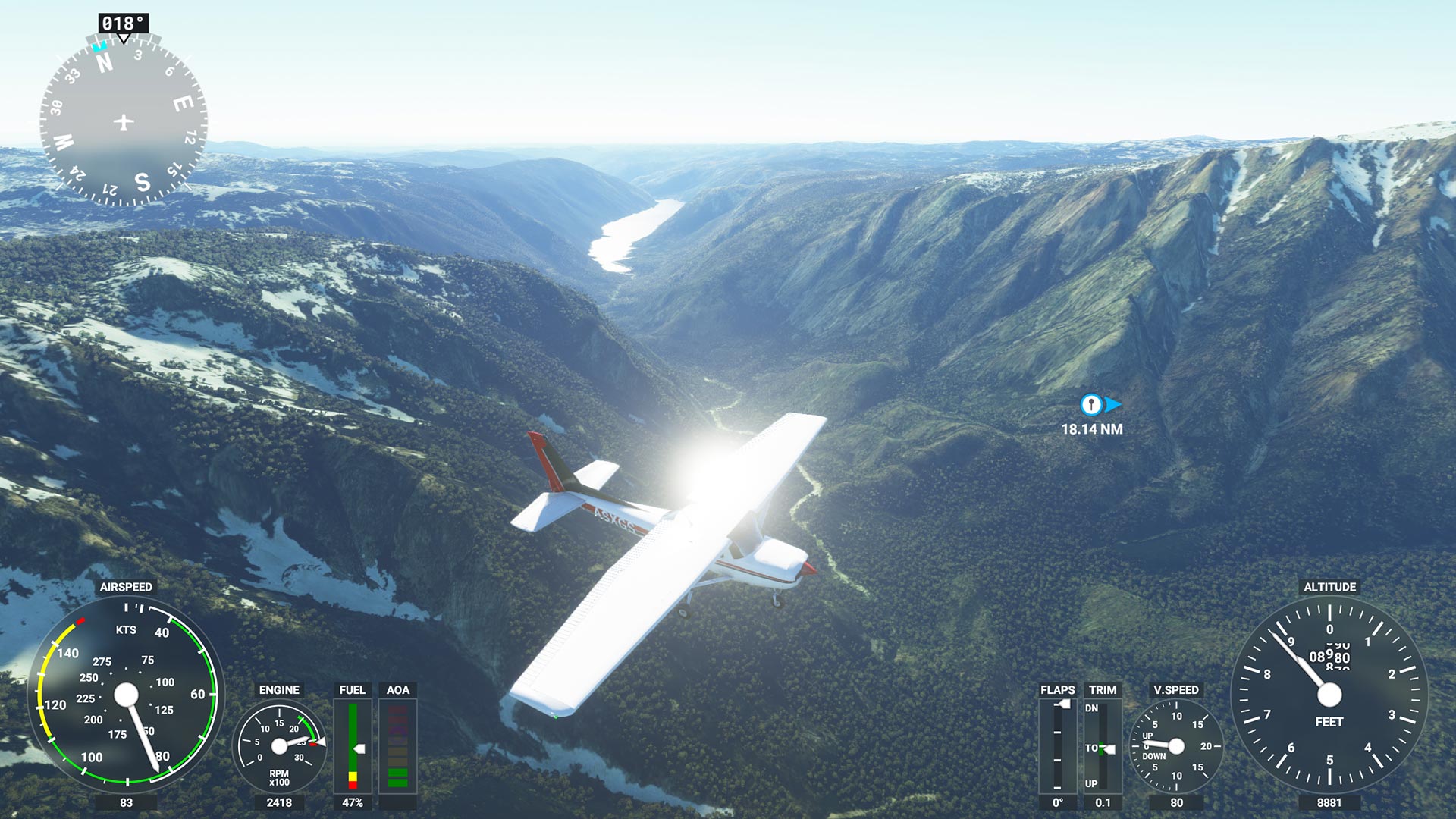 Like in any sim there are far more details than anyone not completely obsessed with the concept could ever hope to learn, but Microsoft Flight Simulator does a lot of work to make sure that you can choose which ones to engage with and which to ignore.  Do I care about ground control wanting a response to its instructions?  No, not in the slightest, so a quick hop to the co-pilot menu makes it someone else’s problem.  The radio chatter is still there, ground to plane and back again, but it helps not to have to either shoehorn the function onto an already-crowded gamepad or deal with the keyboard shortcut.  Other features can make the flight as realistic or hand-holding as you’d like, from waypoints and markers to disabling all damage.  The game wants the player to appreciate flying, not gatekeep based on any type of purity test, and it knows that the easier it is to enjoy the experience the more you’ll play, and maybe turn off the aids one by one as each new system and its acronym comes into focus.  What’s the AOA gauge do?  How much engine power is good for level flight?  What’s the best route to fly over my house?  It’s all in there, and the answer to each question makes you a little better pilot able to tackle bigger and more intricate routes.

Take the “fly over house” question, for example.  The game map is the entire world, containing over 37,000 airports (including two in Antarctica and another almost at the North Pole) and recreated as accurately as possible.  Most of this is done by AI algorithm, and although there are currently 341 cities recreated by photogrammetric Bing Maps images (it’s Microsoft after all) the rest are generated by satellite data.  What this means is that, while your house may not look like your real-world house, it’s most likely on the map somewhere and just needs to be located.  Easy enough, everyone knows where they live, so it’s off to the world map to create a flight plan. 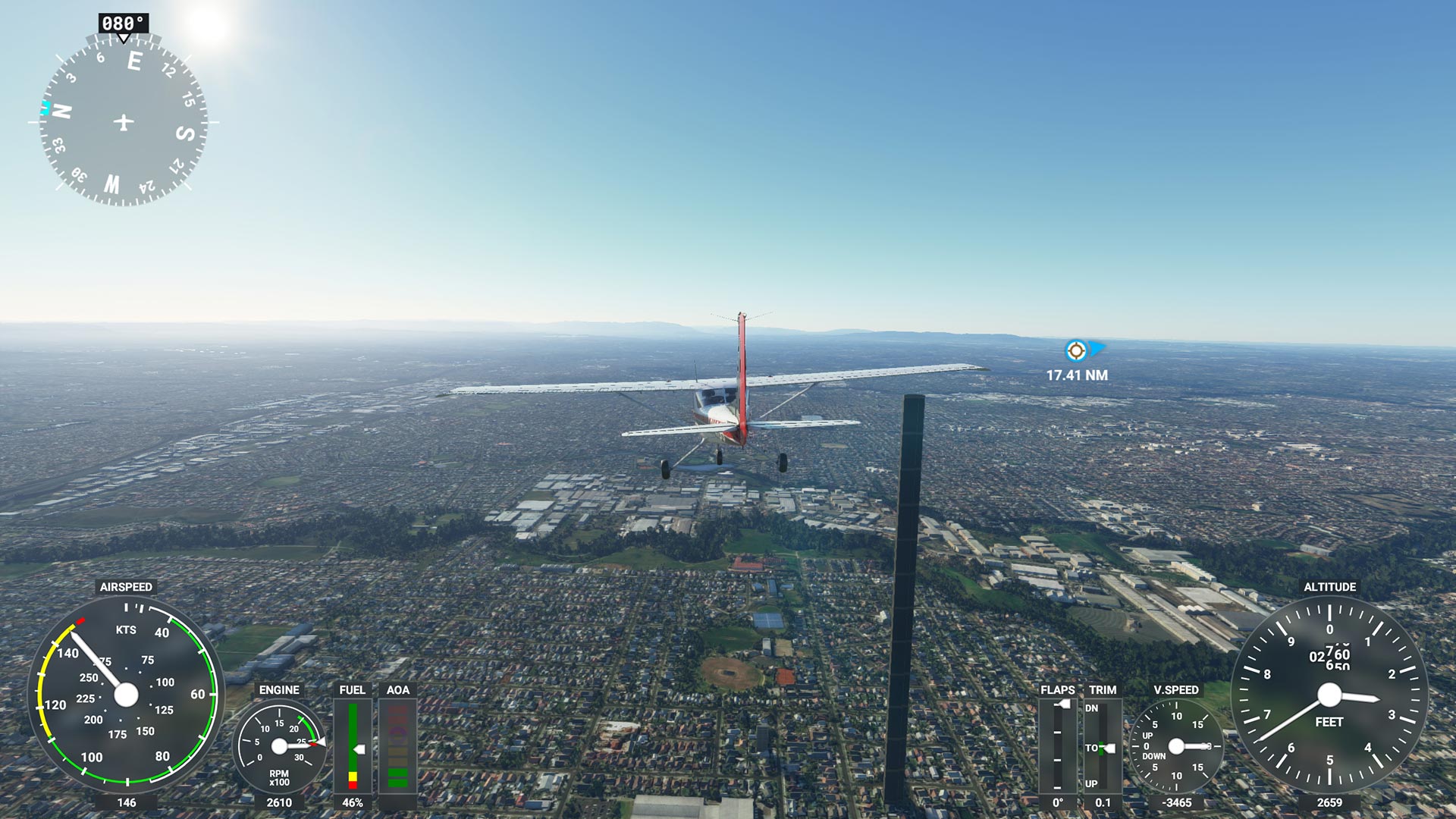 The first step is to choose an airport to depart from and land at and there’s no reason they can’t be the same place.  The world map can be zoomed out from the globe view all the way down to seeing individual airport runways and choosing your parking space, but while the high-altitude view has a lovely and accurate cloud map, the zoomed-in view is featureless and grey outside the airport information.  The solution, then, is to either find an airport close enough to home that you can use landmarks or to get the latitude and longitude data from the mapping software of your choice and enter it into the search bar.  The Statue of Liberty, for example, is 40°41’25.5″N 74°02’40.9″W, and entering that as a custom pinpoint means it’s now part of the flight plan.  Or you can just start there already flying if you’re feeling kind of lazy.

While the bulk of the time in Microsoft Flight Simulator is spent on creating and flying interesting Free Flight routes, there are a couple of other objectives to chase after.  The Bush Trips are long treks through the wilderness, while Landing Challenges scores you on one of the most difficult aspects of flying.  Finally there’s the Live Challenge, which rotates every two weeks and so far has been a landing challenge in a particularly tricky mountain resort.  In any other game the scarcity of modes might be a problem, but the World Map is a 1:1 scale recreated as best possible with today’s technology waiting to be flown through.

It’s worth noting that, outside of this review, Microsoft Flight Simulator is a work in progress.  Some of this is a little obvious, such as the occasional bug and variable framerates that will hopefully get ironed out with patches, but what this really means is that there’s a lot of content to come.  The game is getting plenty of free updates released on a monthly schedule, with World changes updating the map and Sim ones that add features to the flight model, including new planes.  There’s also planned VR support and the first paid DLC should be helicopters.  There’s already an in-game store on an easily-ignored Marketplace tab where you can pick up new airports and planes from third-party developers, not very populated now but as anyone who’s ever seen a flight sim knows that’s just a matter of time.  The point is that the Microsoft Flight Simulator that exists today is a different beast from the one that will exist a year or more from now, which is something worth looking forward to. 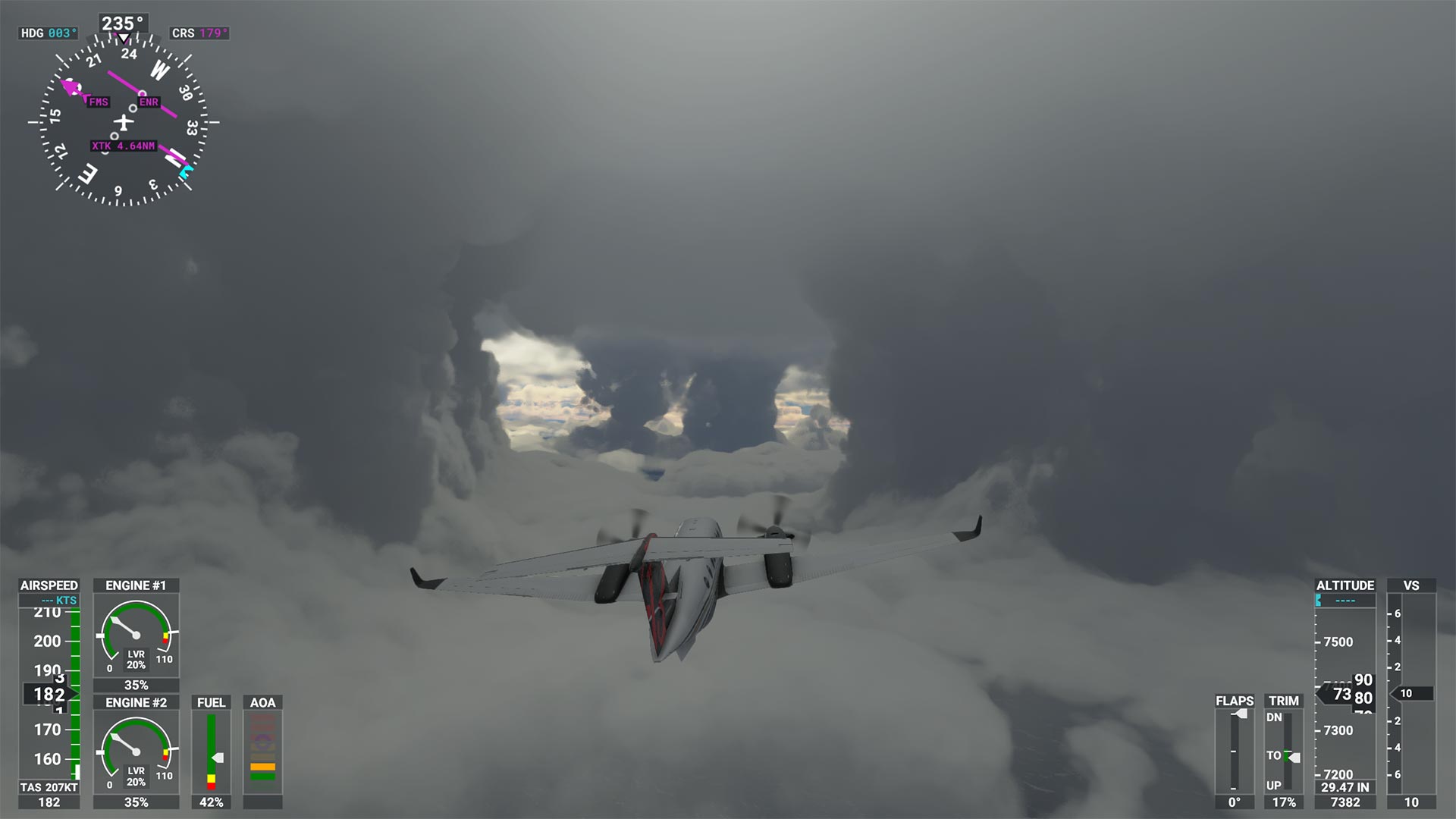 It’s hard to understate how incredible having the whole world available feels and the amount of possibility it opens up.  I’ve been playing for over a week and there are entire continents I haven’t looked at yet, and am still only beginning to settle down and focus on an overall gameplay direction.  Is today a good day to investigate tropical storms, flying in the caverns of the clouds?  Maybe try a new aircraft, get to grips with its real-world super-accurate cockpit layout?  For that matter it might be worth spending more time in cockpit view rather than kicking the camera outside the plane almost as soon as the wheels leave the tarmac, but that does cut down on the view even if it is more realistic.  Maybe it would be nice just create a flight plan from one mountain airport to another, then get lost among the peaks while seeing what the next valley looks like.  The skies may be an endless expanse of blue but the planet beneath it is infinitely detailed, and Microsoft Flight Simulator lays out the whole thing in a single game, waiting to be explored.