Back in February, People Can Fly, developers of Gears of War: Judgment and Bulletstorm, shared the first gameplay of their next sci-fi shooter, Outriders. Set on a distant and hostile alien planet ravaged by a war between what remains of humanity after they are forced to leave Earth, Outriders is a three person co-op cover shooter where each player can choose from one of four classes that each feature unique abilities which can be used against antagonistic humans or alien creatures that will drop loot upon their demise. Our first few hours with Outriders left a mostly positive impression, primarily thanks to the “compelling premise and world, varied classes and powers and its chaotic co-op combat.” Recently, we got another hands-on session that allowed us the opportunity to try out the previously-unrevealed class, the Technomancer, as well as explore the later stages of the campaign with a higher-leveled character, and as a result, more challenging missions and enemies. 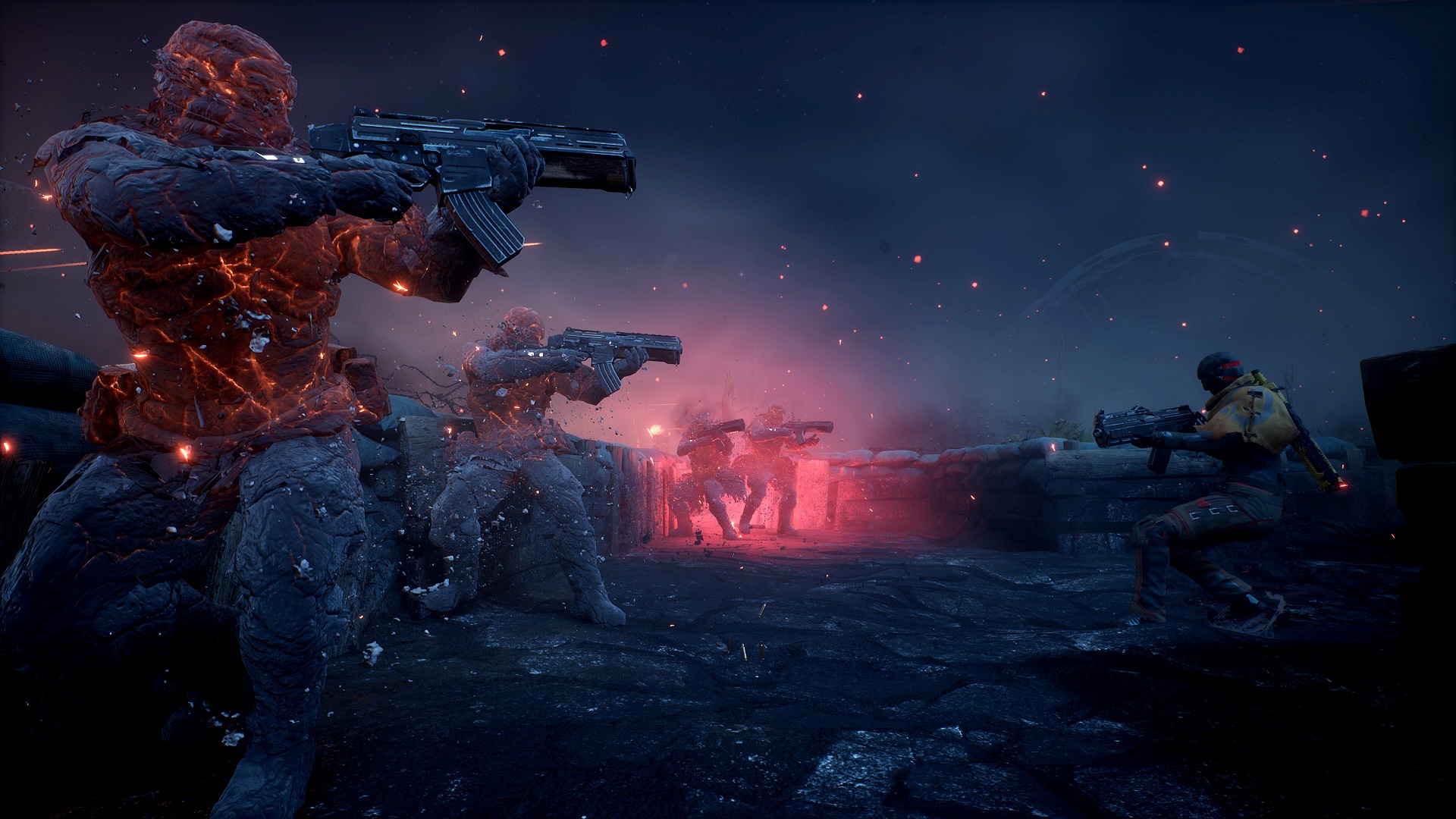 After previously spending time with the Trickster class, which can manipulate time and space to their will, the main focus of this new slice of the game was to show off the abilities of the Technomancer. At first glance, this newest class seems relatively tame, since while other players can set enemies aflame, teleport across the battlefield or cause minor earthquakes through their cooldown-restricted powers, the Technomancer relies on more simple tactics, including dropping proximity mines, spawning turrets with different elemental enhancements and briefly gaining access to RPGs or gatling guns. While players in this class may not seem as flashy as their partners, however, these abilities do an impressive job of enemy suppression, giving the waves of hostiles something else to focus on, forcing snipers out of cover or weakening beasts that are charging directly at you. Plus, the Technomancer is the only one of the four classes that has the capability to heal both themselves and their teammates, which makes them a much more essential part of a balanced team composition, even if the overall enjoyment and spectacle of playing as that class may pale in comparison to the others.

For this gameplay demo, which took place about fifteen hours into the campaign, our three person squad of preset characters were raised up to level 30, nearing the cap of 40, in order to be properly prepared for the challenges ahead. But even with the advantages at hand, the large numbers of and variety of strategies that the enemies had frequently kept us on our toes, with constant shifts in the battlefield as each side managed to outflank the other. By forcing our hand on when to use or save our limited self-revives after being downed, or when to quickly leave the battle to retrieve more ammo and briefly leave your fellow squadmates a little shorthanded, many of the encounters felt engaging and tense, despite some of these showdowns running a little long and our only team wipes happening during an optional beast hunt that proved to be outside of our skill range. While it still has yet to be proven if this level of challenge can be sustained and as engrossing for the entirety of its 20-25 hour campaign, being thrown into the deep end and walking away scathed but victorious was satisfying in a way that left me eager to play more. 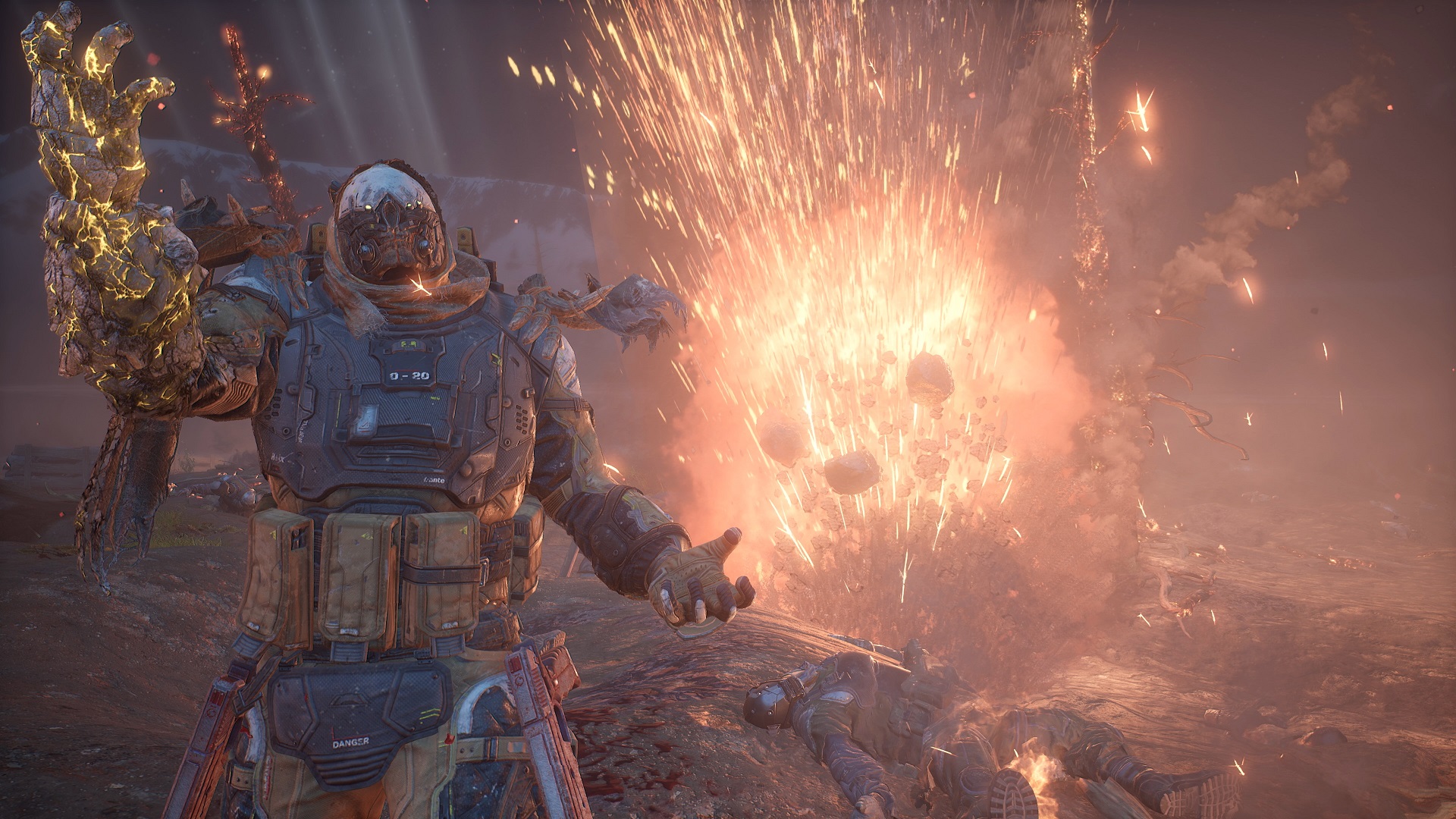 After several more hours in the later stages of the campaign, Outriders continues to impress with its challenging enemy AI and variety of player classes. While this new slice did little to drastically alter any expectations for the final game, for better or worse, the equal parts chaotic and strategic combat, alongside the regular flow of new loot, continues to remain appealing even when devoid of the necessary story context. Outriders is set to launch this holiday season on PS5, Xbox Series X, PS4, Xbox One and PC.