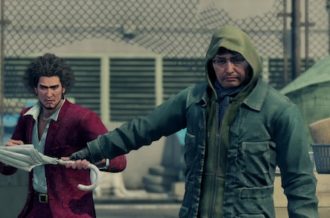 Last week, Gamescom Opening Night Live host and producer Geoff Keighley shared the intriguing news that fans would get their first look at the first major update for Fall Guys during the show.

Now, Mediatonic has provided us with that sneak peek via the trailer below, which officially confirms the second season’s medieval theme that will be present in the party battle royale’s new costumes and stage aesthetics. The video also shows off brief looks at the brand new events that will be headed to Fall Guys this October, which includes variations on Egg Scramble and Hoopsie Daisy in new locations as well as fully original obstacle courses, including one that tasks players with moving boxes to surpass high walls.

Be sure to check out our review for Fall Guys, which is available now on PS4 and PC, and is still free for PlayStation Plus subscribers until August 31.