Descenders Coming to Switch in November

The newly-remastered Kingdoms of Amalur: Re-Reckoning returns to PC and consoles today. As the “Fateless One,” players how the power to shape the destiny of  the Faelands and its inhabitants. Back when the original game released in 2013, it was praised for its bright art direction and highly customizable combat. It’s also worth noting that both the game’s sound design and voice acting were very on-point for the time. Whether these hold-up today is up to individual tastes, but these qualities should make it worth a look for RPG fans who missed the game the first time around.

For returning fans, Kingdoms of Amalur: Re-Reckoning offers remastered graphics and sound along with some gameplay refinements. PC-based fans can get a fifty percent loyalty discount on the game if  they already own the original version. For everyone else, they have the option of the standard edition for about forty dollars, the “Re-Reckoning Fate” Edition for about 55 dollars, or the Collector’s Edition  for about 110 dollars. The collector’s edition includes the game, a soundtrack CD, a collector’s box, five artwork cards, an Amalur keychain and an Alyn Shir statue. 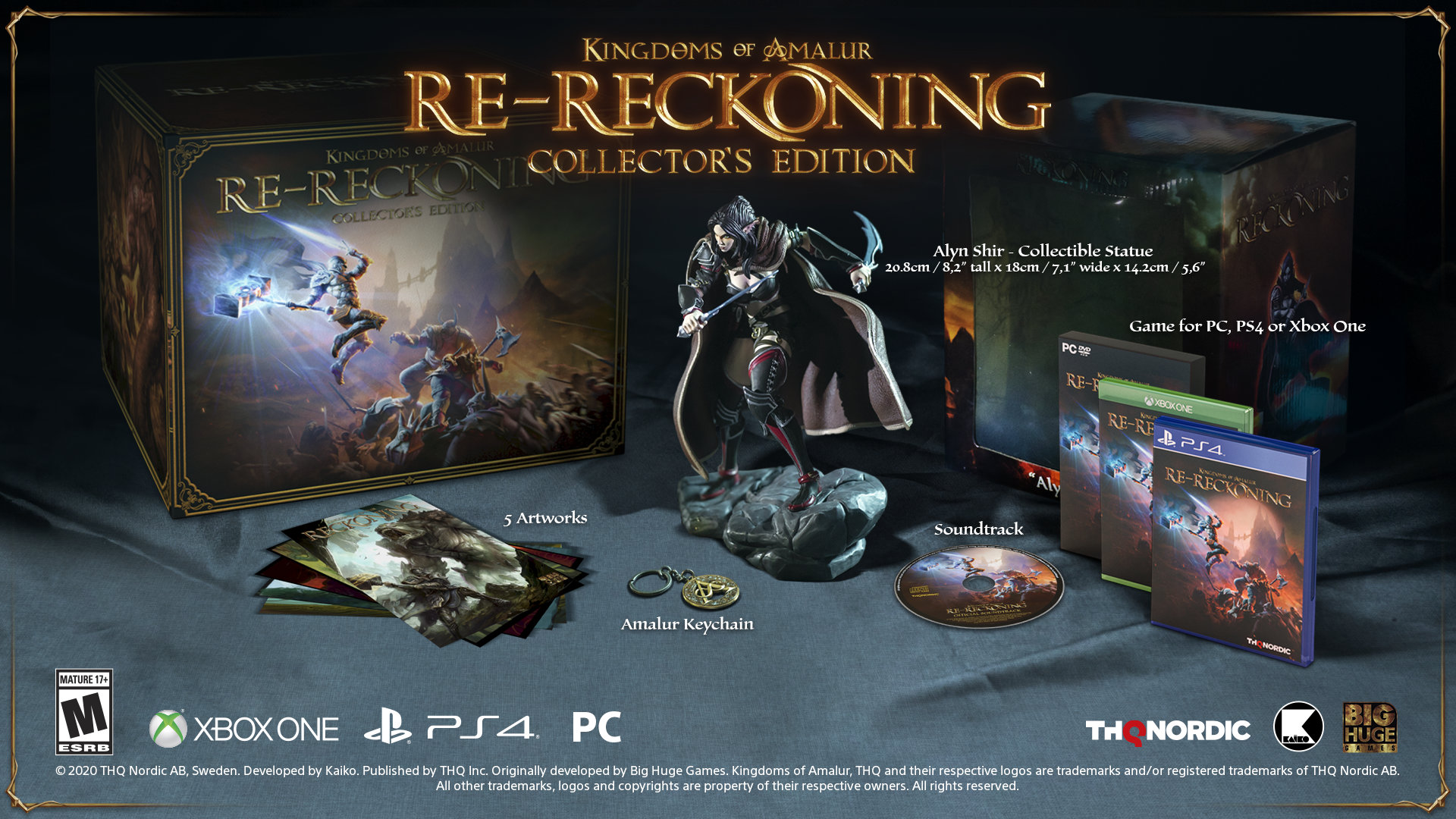 Kingdoms of Amalur: Re-Reckoning is available now on PC, PlayStation 4 and Xbox One.