Tony Hawk’s Pro Skater 1+2 is the culmination of something fans have wanted for years — a truly definitive version of two of the best skateboarding games ever made. Each has been ported and revamped countless times, with the Sega Dreamcast version of the original game acting as the best-looking version of that game as a total package for quite some time. Arguably, the stages featured there wouldn’t be topped until the franchise’s Xbox debut — the launch title Tony Hawk’s Pro Skater 2X. This game marked the start of an interesting part of the series’ history as it is generally thought of as a PlayStation series to many due to the PS1 making THPS 1 a part of the culture of its time, but the Xbox platform has frequently led to the best incarnations of a given game.

With THPS 2X, you had a game that managed to top the Dreamcast game visually and brought with it all of the core content of the first game. So in effect, while it wasn’t “both games in one,” it was about as close to that as you could have without it being a compilation. The sequels benefitted from the original Xbox’s power with Pro Skater 3 offering up better graphics and a better overall experience that held true on later entries until Tony Hawk’s Underground 2. In that time, the franchise went from being part of the culture of the day and helped turned skating into a mainstream sport in ways that hadn’t been imagined before. 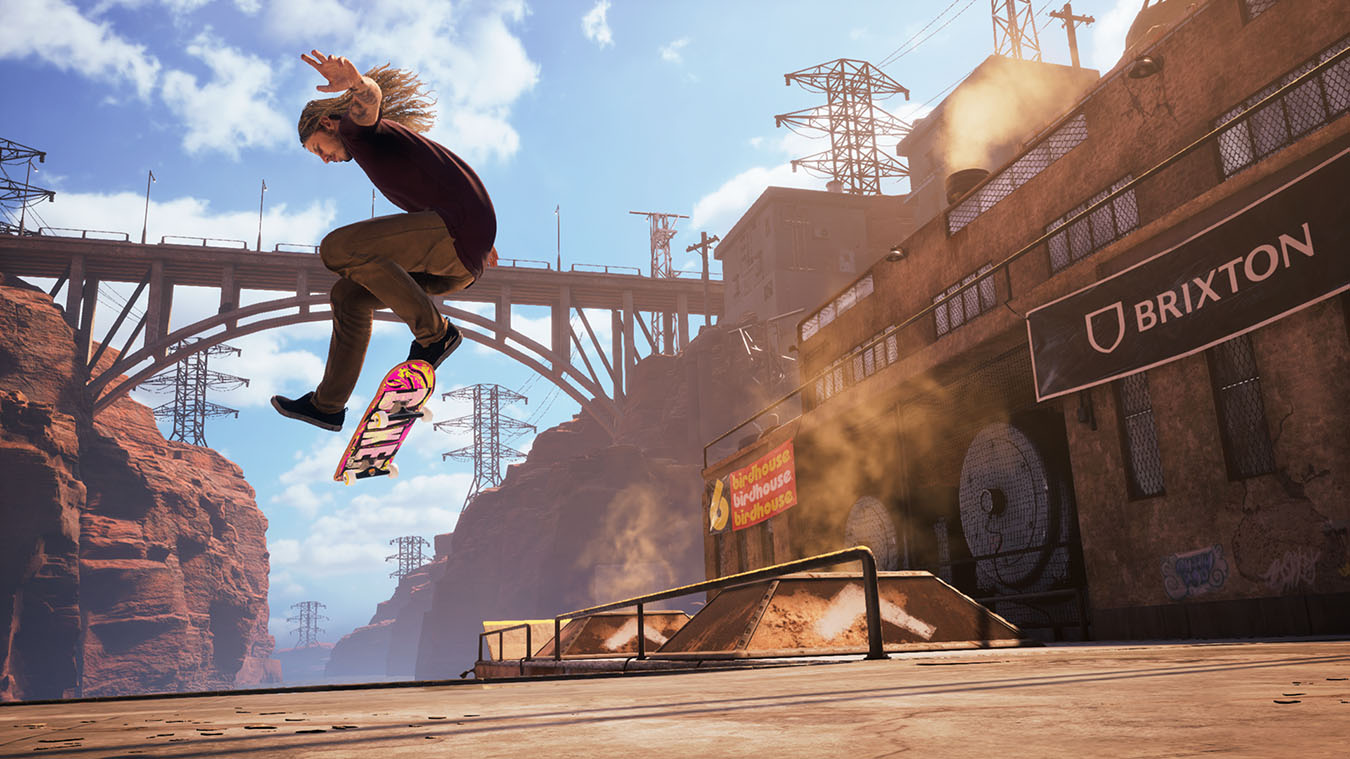 The PlayStation may have been where the series gained its fame, but its ports helped provide a better-looking experience that showed off just what the hardware of the time could do. Going from the PS1 version of THPS to the upgraded tracks on 2X showcases just how big a difference we saw from generation to generation — as even the earliest days of the Xbox saw a massive increase in polygon count and detail in things like the environments and player details like clothing. Wooden surfaces had some nice texture work on them, while surfaces like concrete had flaws and imperfections that stood out better with more intricacies shown to add a rundown feel to the in-game world. The draw distance is also improved from the 32-bit version and the framerate is a lot smoother and allows for better controls due to the increase in framerate allowing for smoother gameplay. The biggest visual boost beyond the framerate going to 60 is the addition of blades of grass, which were a massive increase in real-world appearance compared to the block of green texture that resembled grass on other hardware.

The franchise remained a staple on the original Xbox where it provided the best-looking experience for the console versions and those experiences live on with Xbox 360 compatibility. While it was a third-party property, the Tony Hawk series is one of the few to be fully backwards compatible on the Xbox 360. The only game in the series to get both an original Xbox and Xbox 360 release was Project Wasteland, which came after the peak of the franchise, but did offer something different. Neversoft wanted to mix things up and did so with an open-world setting for the story mode. Unfortunately, the shift to a more story-centric approach hurt things as the world had moved on and yet the stories were right out of the late-’90s/early ’00s with Jackass-style stunts and low brow humor. While the core skating gameplay was still great, the surrounding elements felt like a relic of the past — and not so far of a throwback to work as a nostalgia trip. 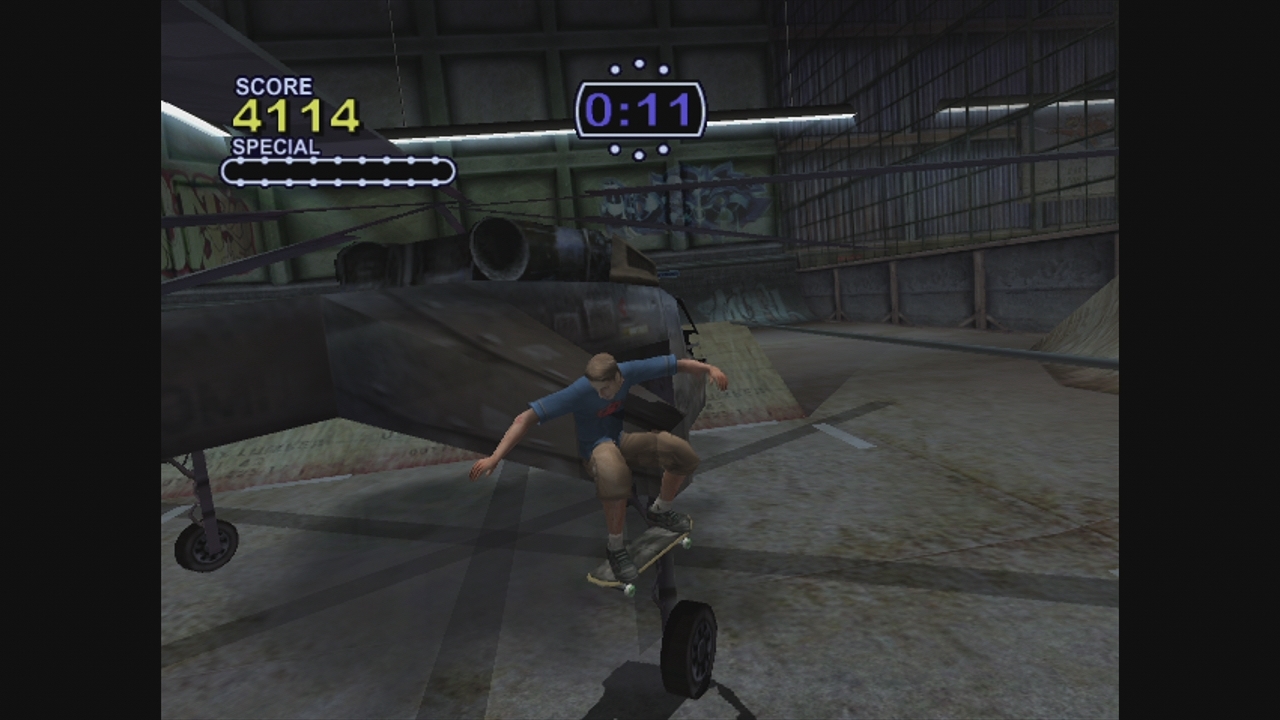 The switch from Neversoft to Robomodo hurt things as Neversoft started the train rolling and Robomodo just couldn’t keep things rolling. Tony Hawk’s Pro Skater 5’s launch was such a disaster that it could’ve easily sunk the whole brand’s value due to how poor the final product was. Fortunately, Vicarious Visions was at the helm of 1+2 and their vast experience porting prior entries in the series served them well as this succeeds where nearly every THPS experience of the past fifteen years has fallen short. They clearly care a lot about the series and that’s reflected in the craftsmanship that is on display at every turn in this remake of the first two, and arguably best-received, entries in the series.

Tony Hawk’s Pro Skater 1+2 has a lot of quality of life improvements compared to the original games. If you want to enjoy any stage in free skate, you can do so without having to unlock it in the campaign — which is a fantastic way to experience things and not being limited to the two minute-long runs you get in the core game. While it’s called a remaster, it’s truly a remake because it goes so far beyond what was done with 2012’s Tony Hawk’s Pro Skater HD. That game suffered when it came to overall presentation because while it looked the part of a then-modern update of THPS, it didn’t feel the part due to the removal of licensed music.

Much like how Crazy Taxi was in large part defined by its licensed soundtrack, losing that hurt the feel of everything. Now, you’ve got a large chunk of the original OSTs back and with that comes the intangible joy that comes with hearing the period-accurate songs blaring while you ollie and jump through glass in warehouses, hangars and shopping malls. There are also a lot of newer tracks that are right in line with the rock sound of the original series’ soundtrack, just released after those games hit shelves. 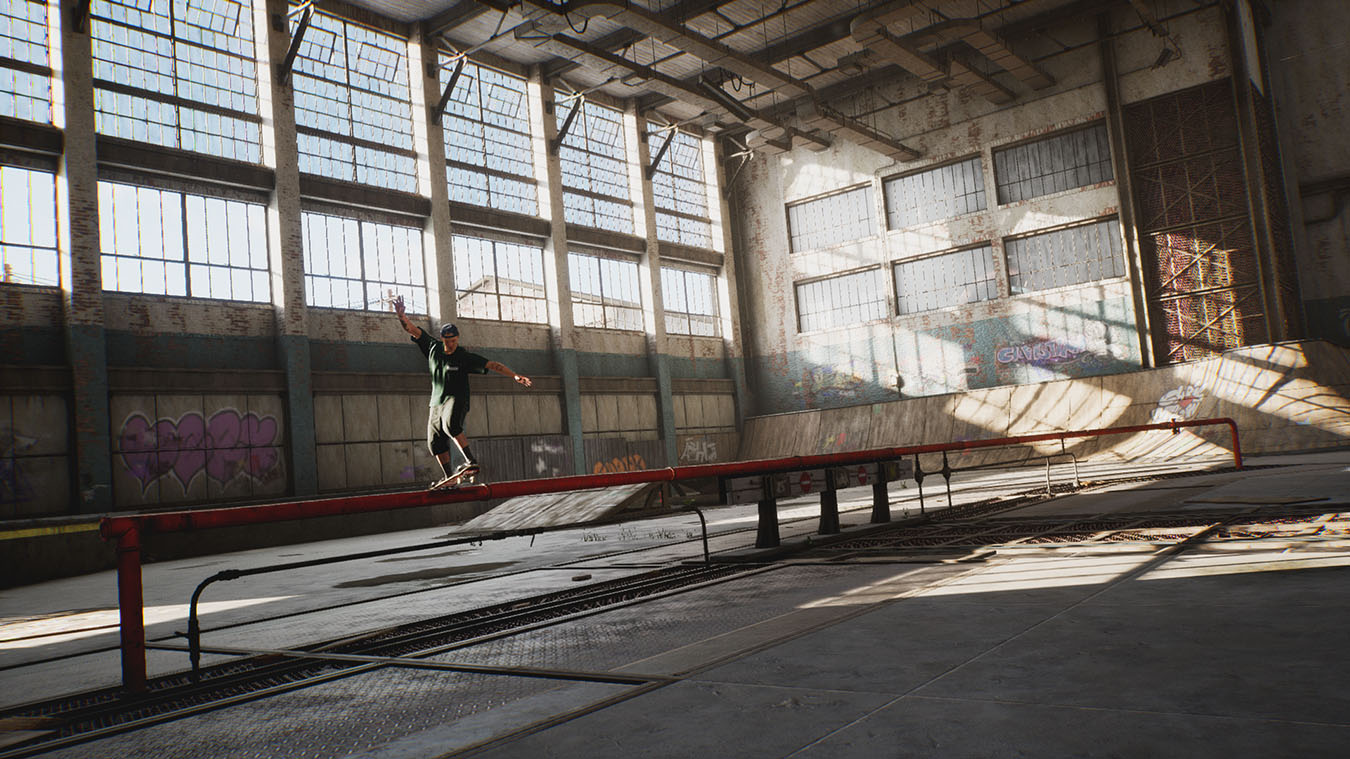 The overall feel of the game is much smoother and some of that is due to the revert move from THPS being added in here. This allows you to chain combos together faster and easier, and if you want to turn it off, you can — but I found it added a lot to the experience. Sure, the original levels weren’t designed with it in mind, but it makes them more interesting to have another wrinkle added to them and it keeps things fresher than just playing through the old stages again with a dramatically-improved visual design. Everything about this remake has been modernized, with vastly-improved textures for everything and a much nicer UI than the prior games. Having everything playable in free skate is a great move too since you don’t have to grind through the campaign to see the redone levels if you’ve already played through them to no end in the original releases.

The remake looks great and the modernized gameplay allows the rock-solid stage design to shine even more since after over twenty years. You still have a lot of cool little touches from past games, but the rebuilt graphics allow them to work so much better. Crashing through glass before felt exciting and now it’s even more visceral with the detail in the glass as it smashes apart and leaves bits all over the surrounding area. The park creation tool shines brightly as well, with a lot of Vicarious-made tracks featured right alongside originals creations — including one that I loved that turns regular skate park pieces into makeshift roller coasters that test your platforming skills just as much as your skating skills. 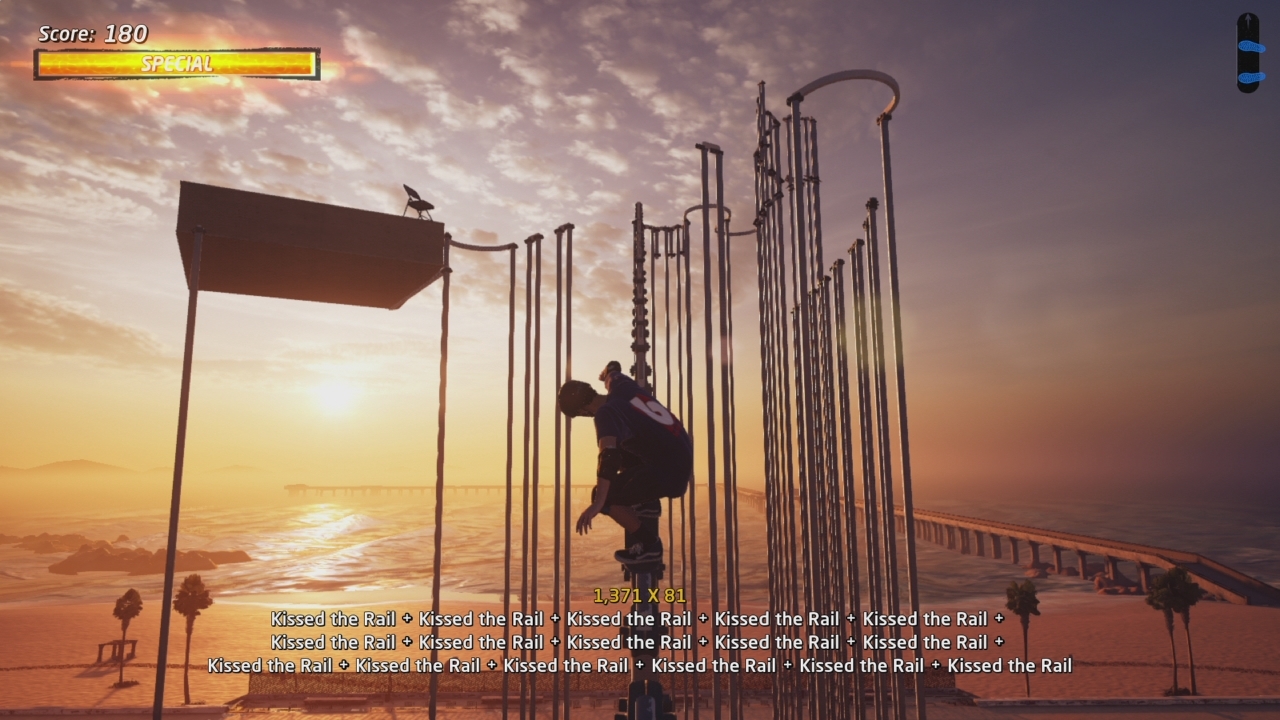 At the end of the day, Tony Hawk’s Pro Skater 1+2 is a pitch-perfect remake of two of the greatest video game skating experiences. They play like a dream with the Xbox One controller as well, which is laid out perfectly for what you’re doing. Anyone who wanted to enjoy the original games before but just couldn’t in the modern era due to their aged design will be right at home here, and anyone who loved them back in the day will be in for a treat as they take in the best-looking and playing versions of these classics.