The Ori series is one of the most emotion-filled Metroidvanias out there, and the series has been a natural fit on the Switch ever since Ori and the Blind Forest hit the system to rave reviews. The sequel hit the PC and Xbox One last year and was ever more highly-regarded thanks to some extra polish, and now, it’s coming to Switch – quite a bit sooner than expected. It will actually be released later today, and offers up a nice mid-week surprise to fans of the series.

In addition, Iam8bit will also be release an Ori Collection that you can preorder now. This collector’s edition set has a slick transforming display box with a black and blue gold in the dark finish, with a stained glass-style art piece inside. There is also a sketchbook, an art card set, a glow in the dark pin, download codes for OSTs of both games, and a physical edition of each game in their own case and cart with reversible cover art. The games themselves are also region-free and can be enjoyed anywhere. 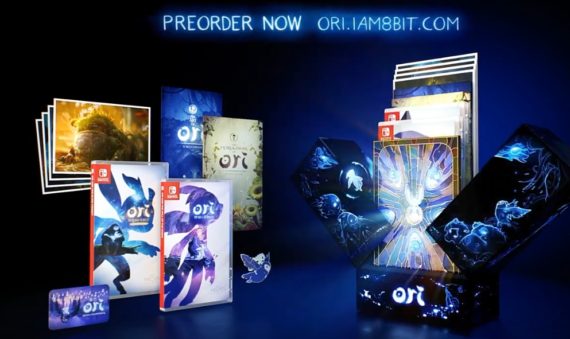