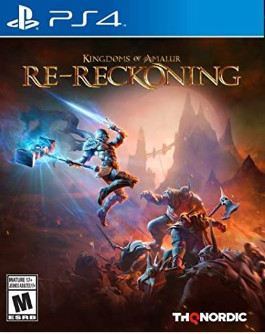 Kingdoms of Amalur: Reckoning is somewhat of a tragic game. It was released in 2012 with favorable critical reception and sold over a million copies within three months of its release. This sounds impressive, but sadly it needed to sell three million in order to make up production costs which led to 38 Studios filing for bankruptcy, ending any possibility of a sequel and making it 38 Studios’ only published game. The game did have a cult following which led to THQ Nordic acquiring the rights to it and bringing up Kaiko to handle the development of the remaster, hoping to give this title new life in the current console generation under the name Kingdoms of Amalur: Re-Reckoning.

The story begins with the player taking on the role of the Fateless One, an individual who has previously died but thanks to the experimental Well of Souls. The Fateless One has no memory of what his life was like which serves as a convenient plot device for the game to offer a tutorial by Agarth, a Fateweaver, about the general state of things in the Facelands and the ongoing war. Having already died seems like it would set the Fateless One at a disadvantage, but because of this he has been taken out of Fate’s Weave and no longer has a predetermined death, which also allows the player to forge his fate however they see fit — that is within the confines of what the game’s story will allow.

The Fateless One is the stock character origin class, but soon afterwards they can choose their class among the three available options, which are Might, Finesse and Sorcery. In more traditional RPG jargon, these are basically fighter, rogue and mage. Each of these classes has a skill with 22 different skills. As the player gains levels and completes quests they gain the opportunity to unlock or augment skills. As the player progresses through the game they will be able to intertwine skills from different trees to create mixed classes like Spellcloak, Battlemage or Blademaster. A lot of what makes Kingdoms of Amalur so enjoyable is the ability to create a custom character build using the different skill trees. In addition to the customized nature of character building there are four playable races: Almain (civilized human), Dokkalfar (dark elves), Ljosalfar (light eleves) and Varani (nomadic humans). 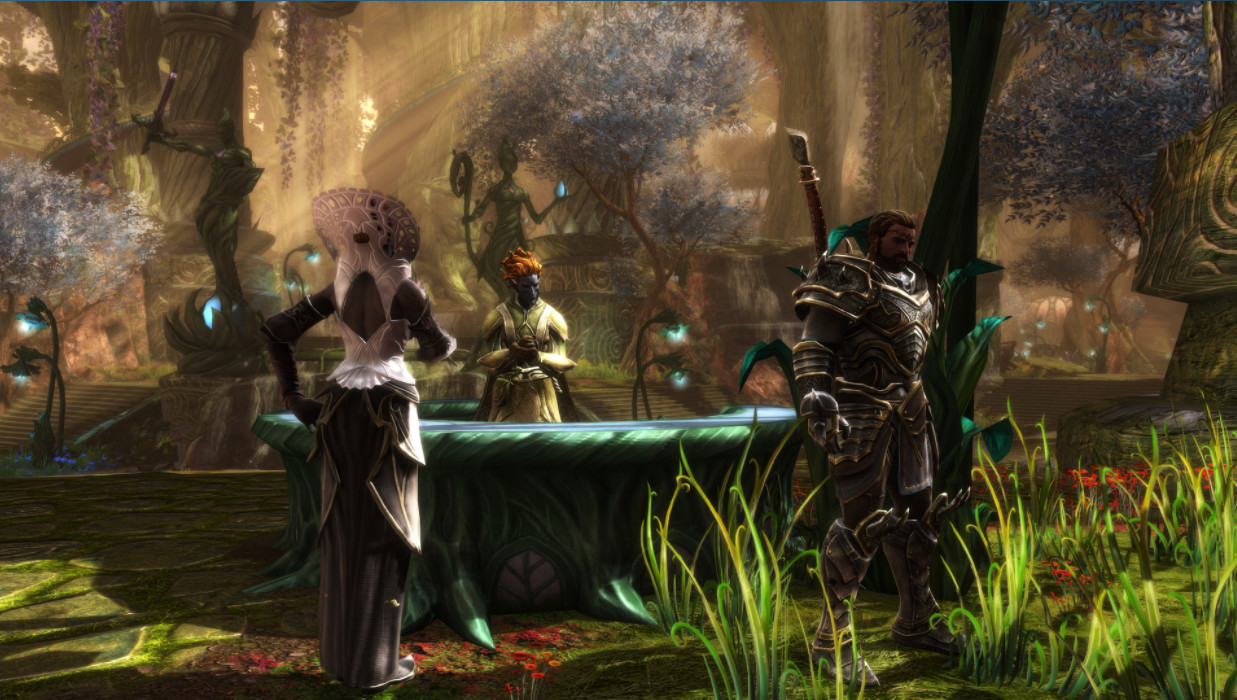 The combat was one of the strongest aspects of Kngdoms of Amalur, and this remains the case in Re-Reckoning. The battles feel like good old arcade action that feels like what one would find in a proper action game. The combat is fast paced where skill and timing matter but the character class system lends itself well to the style. The system allows for flexibility in regards to re-specking ability points so a player who invested a lot of points into a Might style can switch it over to a Finesse fighting style on a whim and manage just fine. Sometimes HD remasters suffer when a mechanic was fun for its time but the passing years haven’t been kind to it. This is not the case here, where the frenetic gameplay and character customizing is just as fun as it was back in 2012.

There are other elements that don’t hold up as well. The menus and inventory management weren’t great last gen and have only gotten more annoying with age. This wouldn’t normally be a huge issue but with the amount of time that is spent going into them to manage all the new loot and gear and doing all the crafting that is available, it can get old. Dialogue menus are unnecessarily large, reducing the HUD to a small size only makes the map and stat bars too small to be useless. HD remasters keeping an authentic experience is important, but some modern quality of life improvements would have been welcome in this case. 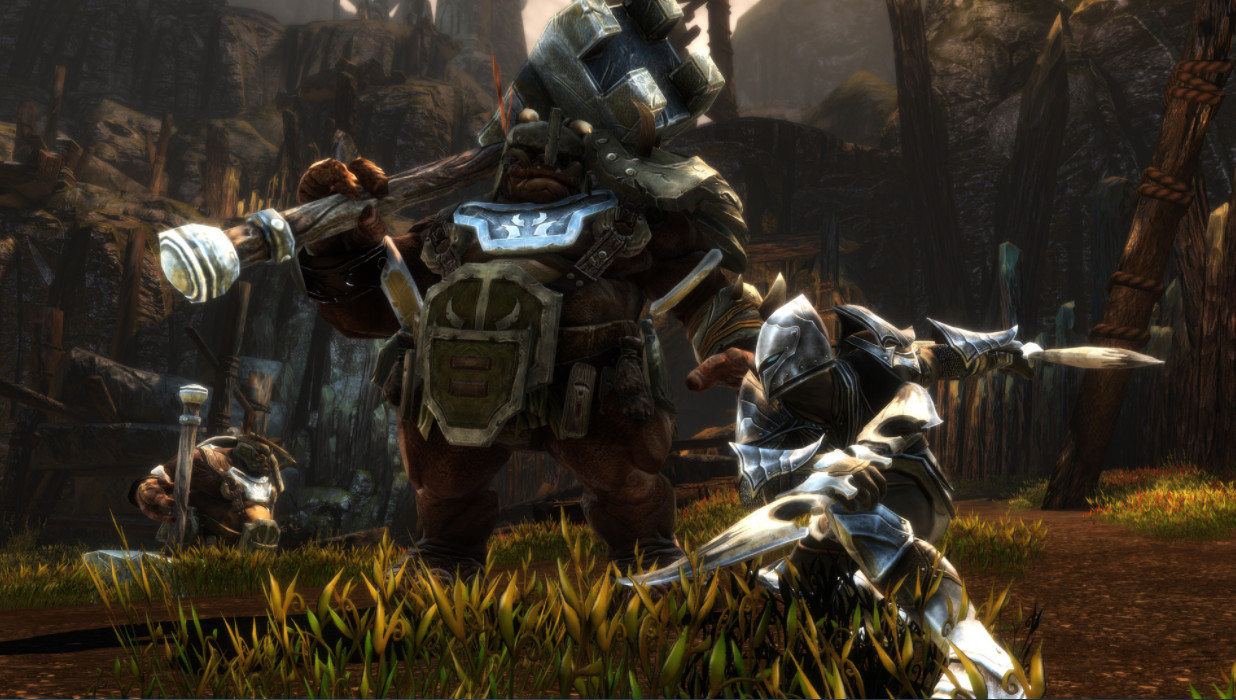 There are a few changes made to Kingdoms of Amalur: Re-Reckoning. For people who have mastered Soulsborne type games there is now a very hard difficulty. Zones are no longer level locked, meaning that the minimum/maximum of each zone is re-calculated every time a player enters and the range is based on the current difficulty setting. While this means that a zone won’t be permanently level locked based on the initial level of entry, the player will still be able to be overpowered and out level certain areas, it will just take longer to do so. Loot generation has also been tweaked. The loot obtained is still random, but the game puts some extra weight on the chances of generating loot that fixes a character’s current skill set.

Kingdoms of Amalur: Re-Reckoning includes all DLC from the original release and has a new expansion scheduled for early 2021. There’s a lot to do in the game, and experimenting with different character builds and crafting new gear is a large part of the enjoyment. Aside from the changes listed above, not much else went into the remaster. The textures have been upgraded to look nice on 4k televisions and that’s a noticeable improvement, but issues with draw distance remind us that under the polish this is still an eight-year-old game. The game also crashed a few times during the review, but to be fair that isn’t exactly an uncommon problem with large RPGs before a few post launch patches come out. 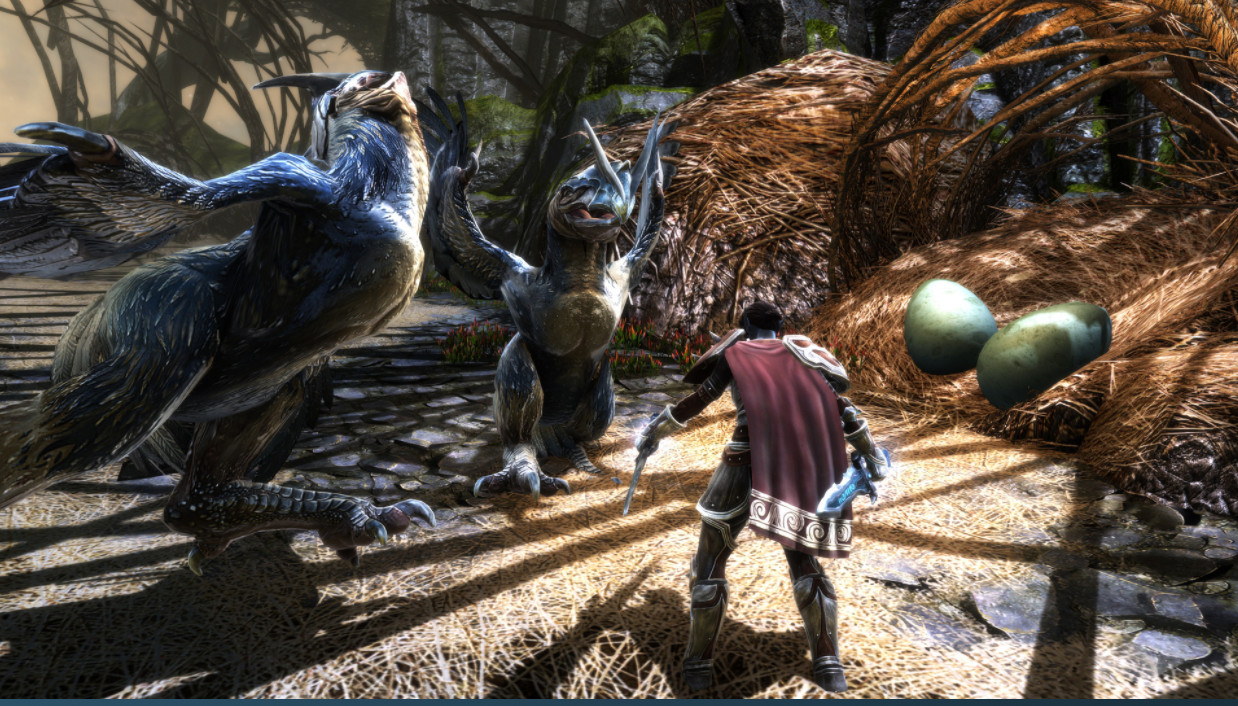 Kingdoms of Amalur: Re-Reckoning is the best way to experience the journey of the Fateless One. Paradoxically, this version also feels like a relic of the past and does suffer from it. For the most part this remaster feels like playing a previous gen game on a backwards compatible console using texture smoothing, which probably isn’t too far removed from what it is. It’s still a great time and a highly-recommended game, but it does suffer from the caveat of “this is a great game for 2012.” Still, anyone willing to look past the dated menus and RPG tropes can have a blast with this action RPG.