Since its inception, the RIDE series has been something that strove to be all things for all players when it came to motorcycle racing. Its simulation-based nature was set up to be more fun on the track, while the campaigns generally struggled to be more than a series of races and menus that got the job done, but didn’t inspire much in the player to keep moving forward. RIDE 2 helped alleviate this to some degree by adding more performance-based bike modification to keep things interesting., while RIDE 3 added in a livery editor to bring about a new level of bike customization to the series.

RIDE 4 is all about keeping what worked before, but making the core racing game far more fun to enjoy. That’s always been a bit of an issue with the series because no matter how good the games looked or played, there was a distinct lack of excitement with the core racing game. While the action was technically fine, there was a lack of real life to the action. Rivals never tested your mettle, but the handling did, and it took some tweaking to get things to feel comfortable. Thankfully, over time, Milestone worked on making the game more fun to play and RIDE 4 is the best-playing entry so far. 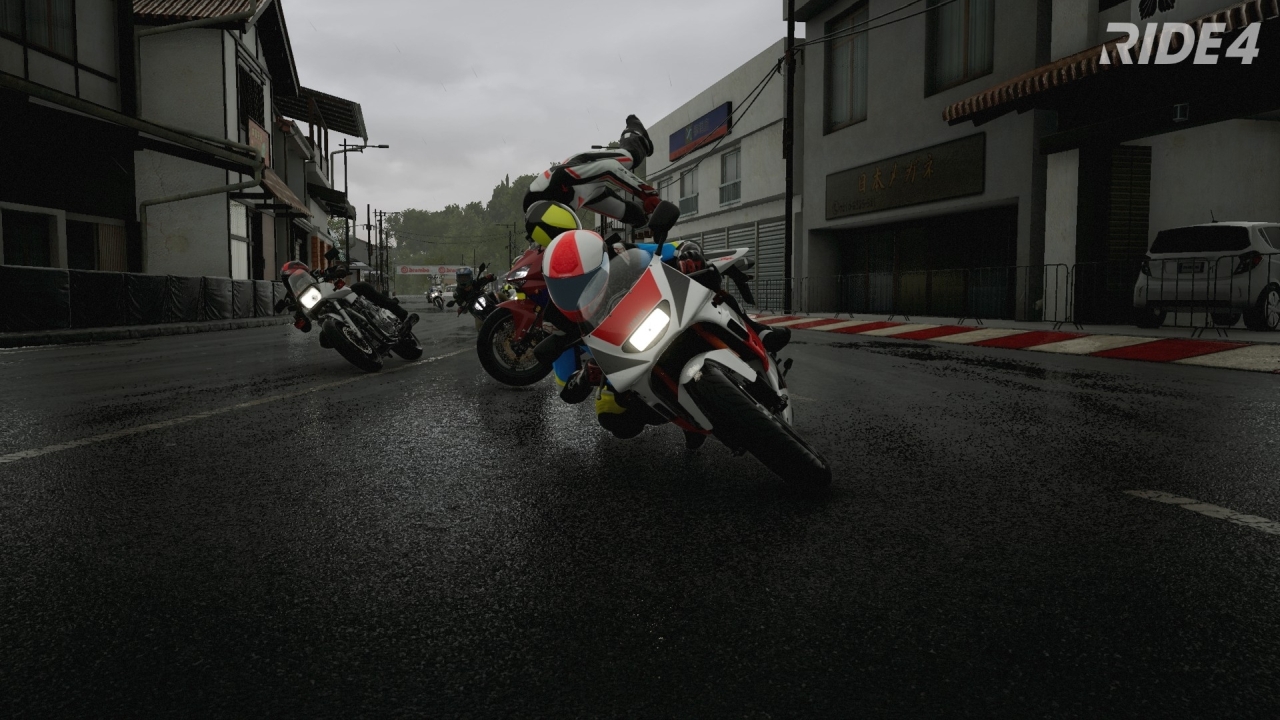 There are three circuits to play through in either a single race or career format. There are pros and cons to going with each style of play. The career mode has gone from being a sea of races to a sea of variety, with races, time trials and obstacle course events offered up. This brings to mind an immediate comparison to Project Gotham Racing, which excelled when it came to offering a mix of driving and/or racing events to ensure that nothing ever got old. Also similarly to PGR, you have gold, silver and bronze scores to meet in order to progress — and this works in much the same way as encouraging you to go for the gold, but allowing you to pass with a lax bronze with a bit of trial and error.

The most interesting thing I found with this setup is that using this style for a simulation-centric game takes a different mentality than an arcade-styled game. Even with a mix of assists on, you can’t race as carelessly as you might in a game like PGR. There, you still have to be somewhat careful with how you’re racing, but you have more leeway in that kind of game. Here, you need to be mindful of where you are, your rivals in relation to you and road conditions. Much like PGR 4 did 13 years ago, RIDE 4 aims to offer up challenging, but fair rain-soaked action — and it does so better than any other motorcycle-based racer I’ve played. 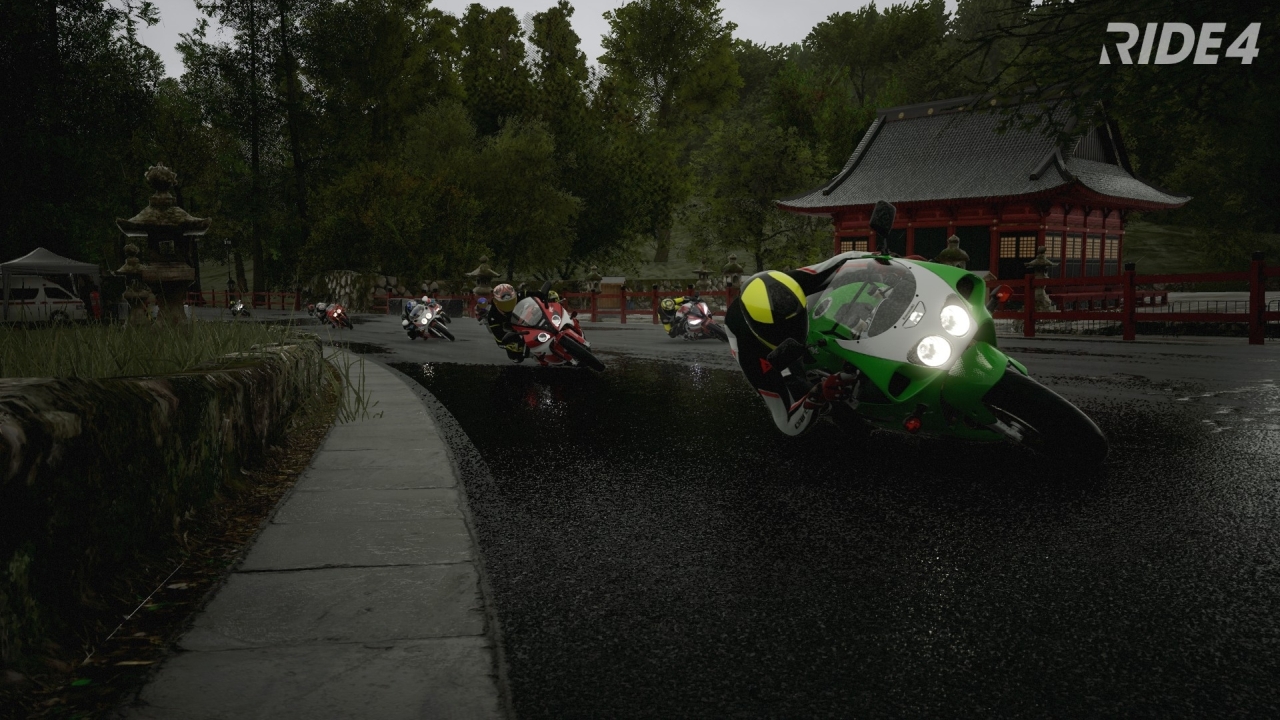 RIDE 4 doesn’t just feature impressive rain effects on the ground, but it extends to the overall presentation when rain slowly builds up on your windscreen. This results in a far more immersive experience and the realistic way in which the drops both build up and fall down on the screen is impressive. It’s true to life and just like in real life, if you have a lot of rain on the ground, you have to be careful not to oversteer. Avoiding any contact with other riders is also important because that can spin you out — resulting in some amusing falls. Fortunately, with a tap of RB, you can rewind time to before the contact is made, ensuring that a good run isn’t otherwise ruined by a single mishap.

RIDE 4 is the most natural-feeling racing experience that Milestone has put out, and I’ve played a lot of their games. Most wind up being technically good, but lack a spark. RIDE 4 has life to it that other entries in the series have lacked and all of the variety in the career mode helps keep things fresh. The single race is a lot of fun too because in career you’re locked to a location-based path, but here, you can select any location you want, any path featured for that location. This allows you to have more freedom when it comes to seeing the different locales at your own pace. 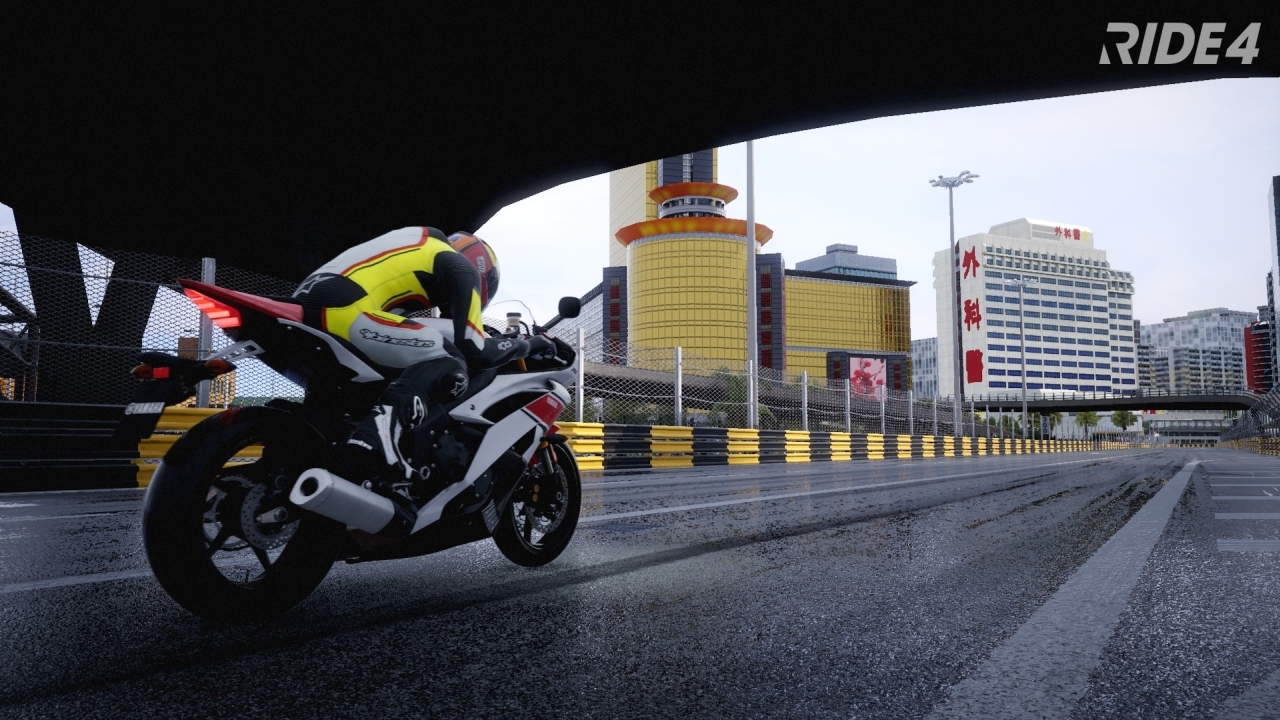 Even with a pre-release build to work with, it’s clear that RIDE 4 has had a ton of care put into it. Milestone has done their best job yet of ensuring that the series is not only fun to play, but accessible to just about anyone. With a wide variety of customization options for tracks, weather and difficulty, you’re always able to have fun with it. The progression system is fun to use as well and lets you make some XP progress no matter what, so you always feel like you’re working towards the goal of getting better and unlocking more.

RIDE 4 launches on the PlayStation 4, Xbox One and PC on October 8. The next-generation versions will be released next year, as the PlayStation 5 and Xbox Series X versions launch on January 21, 2021. Anyone who has enjoyed past games, but becomes a more lapsed fan as time has gone on should hop back on with RIDE 4 as it fixes a lot of problems with prior entries and delivers an exciting on-track experience. It’s also a perfect starting point for newcomers to the series and is a great pickup for anyone who wants a simulation-style, but easy-to-learn motorcycle racing experience.