Tycoon-style sim fans have had their chance to simulate just about everything out there. From theme parks in Planet Coaster to massive, fully-automated factories in Factorio, fans have had the chance to build many different kinds of empires. With Moon Moose and tinyBuild’s Cartel Tycoon though, they’ll be able to see how they’d fare in what is perhaps the world’s most dangerous business. Cartel Tycoon had a demo available during PAX Online 2020 and it was interesting to say the least. Hardcore Gamer had the chance to speak with lead developers and Leonid Gorbachev and Anton Pavlov, and they provided some interesting insight into both the demo and the full game coming to PC later this year.

First, for those unaware, Cartel Tycoon puts players in-charge of their own shady drug operation. Their goal is to grow it from a small-time operation to a massive operation, shipping their contraband all over the world. Playing the demo showed that this won’t exactly be easy. From the beginning, players have to worry about proper placement of production facilities, maintaining their roads and keeping the members of their organization in line. They’ll also have to figure out how to keep the local government from coming in and shutting them down. It’s all doable, but it’s not easy. 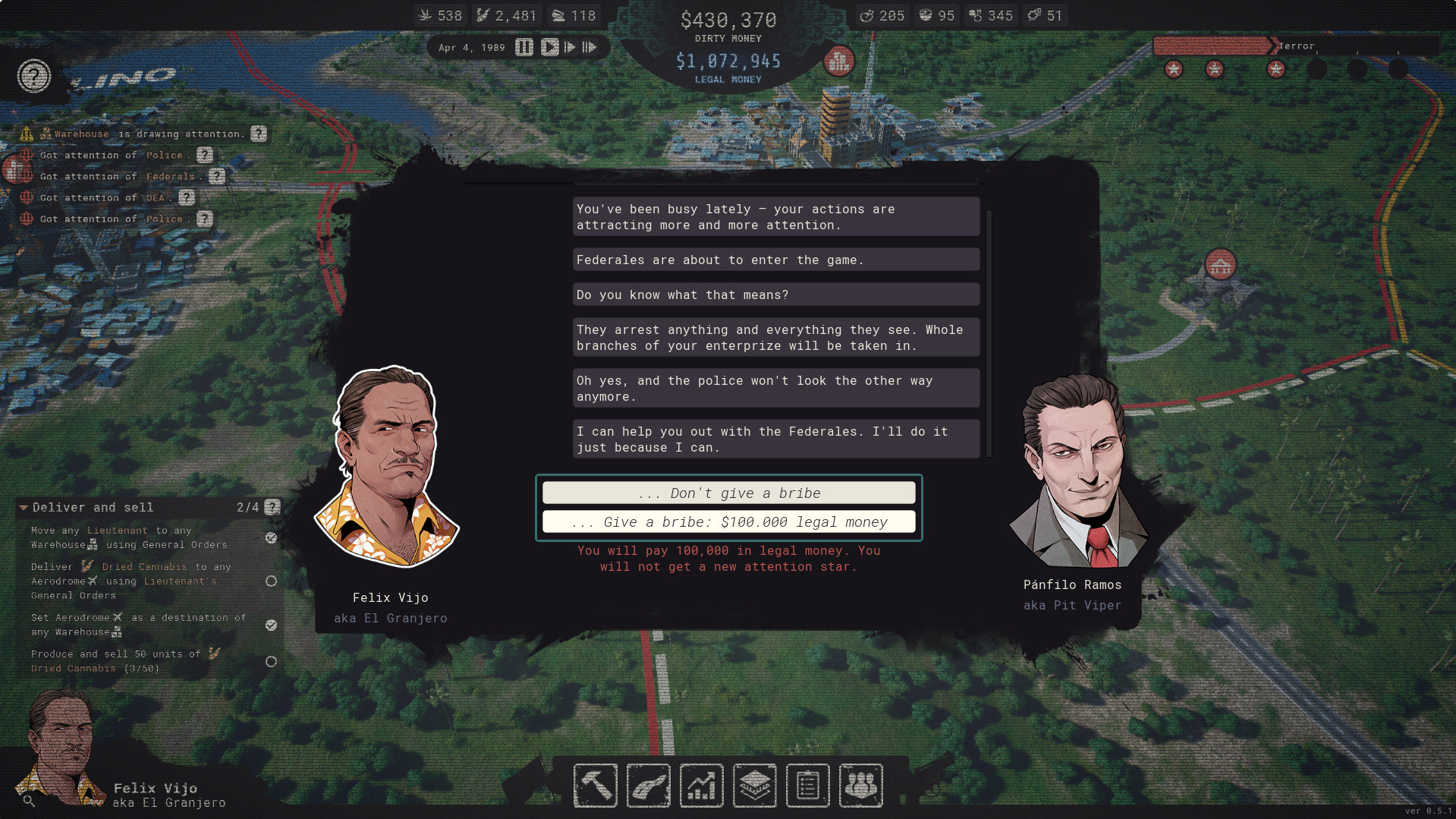 Pavlov and Gorbachev revealed that it actually goes further than this. A big part of Cartel Tycoon’s gameplay loop revolves around an organization’s lieutenants. Each one is a named character with their own backstory, skills and traits, and properly managing them is vital to the cartel’s success. It seems that losing a lieutenant can be a crippling blow to the organization, so players will do well to keep them protected. Gorbachev also mentioned that much of Cartel Tycoon’s story elements are wrapped-up in the lieutenants too, so losing one also means losing out on their own piece of the story.

At the same time though, it seems that overzealous lieutenants can be a threat to the organization too. Pavlov and Gorbachev said that it’s almost an inevitability that a lieutenant will eventually kill a player’s original cartel boss and take the organization for themselves (with the game continuing with them in the boss’ chair), but letting a lieutenant do too much on their own might just attract too much government attention or cause other problems, so it will be up to the player to either “deal with them” or let them continue. 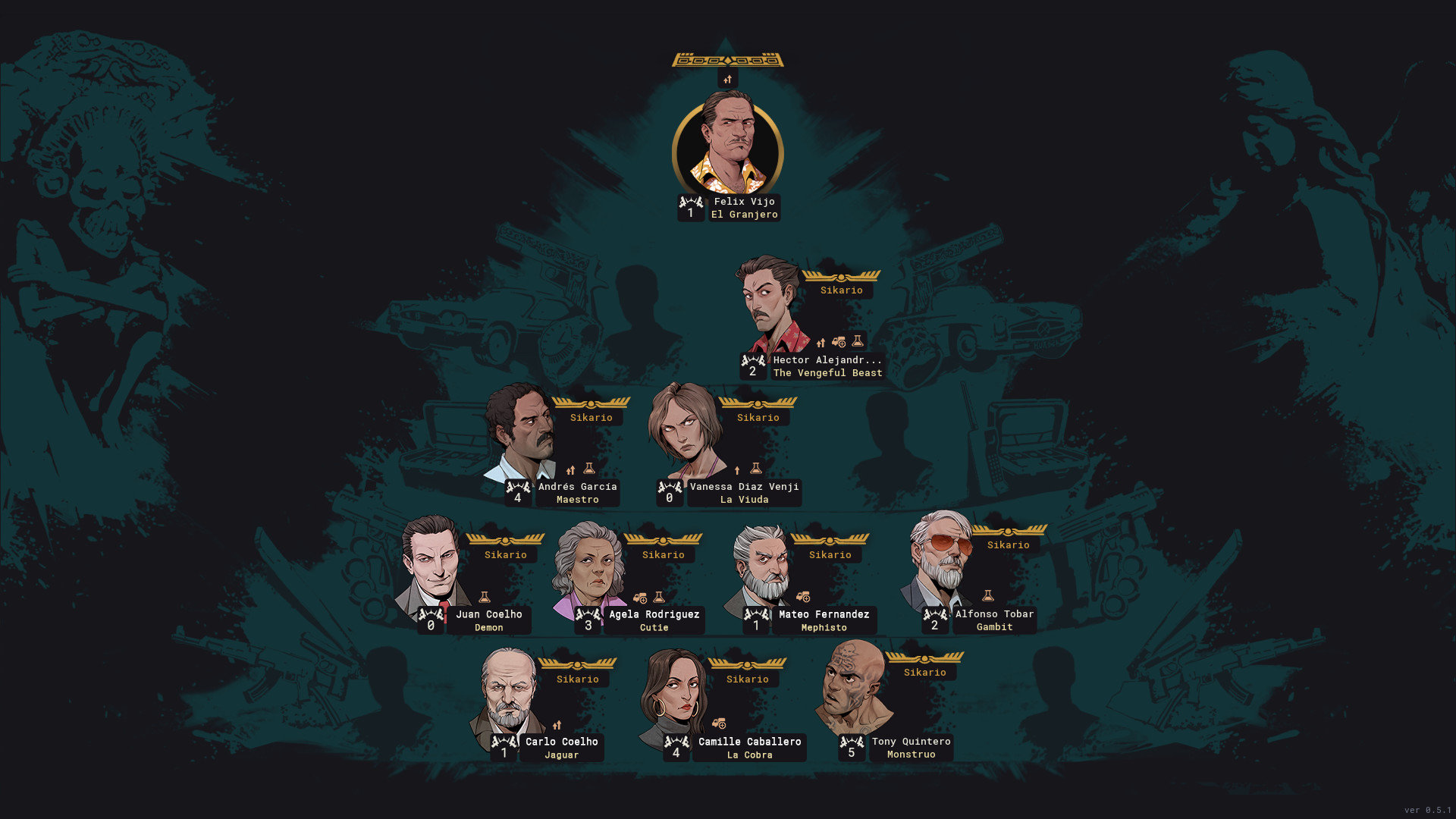 There are currently fifty recruitable lieutenants in Cartel Tycoon, so players should run into different ones with each new game. The developers said that it’s possible to recruit all fifty in the same run, but it would apparently take a great deal of time investment and skill on the part of the player to make it happen. In all likelihood, the cartel would fail before that would happen. The developers stressed that Cartel Tycoon is going to be a highly curated experience at first, especially in terms of maps, characters and scenarios. Even so, unexpected things will happen and it’s those sorts of things that will likely bring one’s cartel to an end. It’s the nature of this kind of business after all; there’s an inherent instability to it.

When asked what they’re most excited for players to experience in Cartel Tycoon, Pavlov and Gorbachev said that they’re looking forward to players making the game’s story into their own. It apparently draws from well-known cartel-themed fiction, so they’re looking forward to seeing how different players’ stories play out. Players are in the story’s driver seat, so it won’t play out the same for everyone. Indeed, it seems tycoon-sim fans have a lot to look forward to here besides the unique scenario.