Razer and its BlackWidow gaming keyboards have been a staple for the company in recent years. This was Razer’s first wireless keyboard line and it has seen improvements since its inception. Razer is now introducing all of its modern technology for the Razer BlackWidow V3 Pro. This wireless keyboard has the option of the green clicky mechanical switches or the yellow linear mechanical switches that have been redesigned to be more quiet. With all these features, is it worth the high price point?

The core of the Razer BlackWidow V3 Pro starts with HyperSpeed Wireless. Along with two other recently-released peripherals, the HyperSpeed wireless ensures a 2.4 Ghz connection for low latency connection. The promise with the technology is to be as good as wired, so you can add portability for the keyboard. It’s currently 25% faster than any other wireless technology on the market. It quickly seeks out the best radio frequency to ensure the lowest latency possible.

While the DeathAdder V2 Pro uses the same HyperSpeed Wireless technology, I had issues with the connectivity with the BlackWidow V3 Pro. I have to wonder if somehow it may be related to the Razer Synapse software. The dongle used for this is small and hard to maneuver. I had both plugged in next to each other, and the keyboard would keep resetting and never sync. So attempting to find that lowest frequency clearly had some interference with the other. Once I moved to an opposite slot, the issue seemed to go away. The keyboard, however, isn’t instantaneous to wake up upon pressing a key if it is in power save mode. 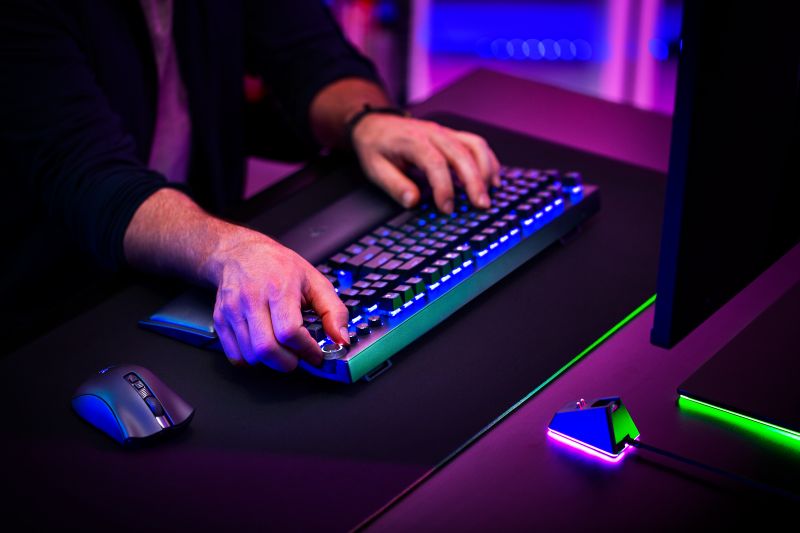 There are two other options for connectivity on the keyboard. Bluetooth will allow up to three connections to device so you can seamlessly transition between a tablet, console or other devices. A Razer Speedflex cable is included for charging and usage while charging. So there are a variety of ways to use the BlackWidow V3 Pro. The issues I had listed above might just be a one-off, but future firmware updates or updates to Razer Synapse should alleviate the gaps. If the unit is wired with the USB-C cable, there are no delays with waking up.

The battery life for the BlackWidow V3 Pro can be varied. There are a good bit of options to get the most out of it. The keyboard includes RGB lighting and with this turned off, it can nail 192 hours uninterrupted. This is equivalent to eight days or 24 days with an eight hour average usage. But, we buy the keyboard to show off the lights. Going with a white static at 100% brightness will garner 5 hours of usage while going with spectrum lighting with 50% can net 25 hours. You can alter the sleep options on the keyboard to extend. I went with two static colors using HyperSpeed Wireless and set it to sleep after about three minutes. This can greatly help the length. The battery died while writing this, but it had gone over a week with about 2-3 hour usage per day. 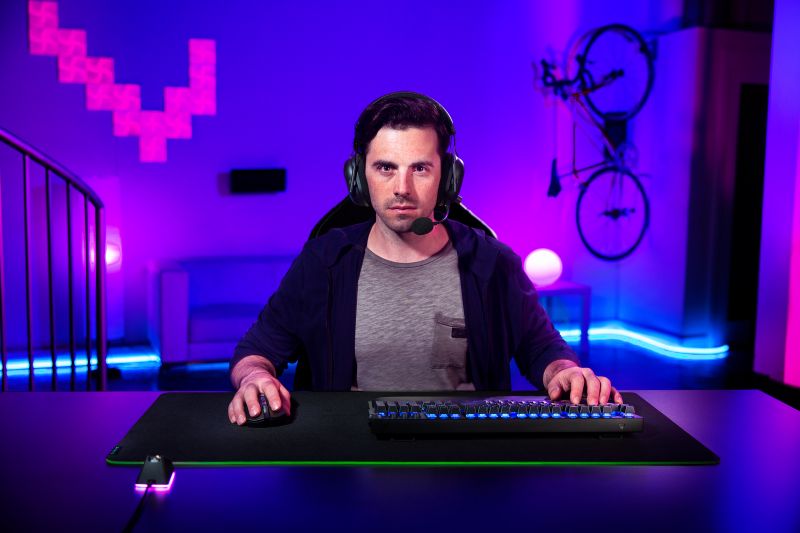 When I first saw the design of the BlackWidow V3 Pro, it looked nearly identical in layout to the Huntsman Elite keyboard. There are four digital media buttons with a dial mapped to the upper right. The BlackWidow sits higher than the Huntsman Elite and extends vertically higher towards the back. You also get a wrist rest with this keyboard much like the Huntsman Elite. RBG illuminates under each keycap including the media buttons. The Razer logo at the bottom of the keyboard is even included. The other big upgrade for the Razer BlackWidow V3 Pro is the inclusion of Doubleshot ABS Keycaps. While most mechanical keyboards include spray-painted caps that will scratch off the design with more use, the Doubleshot ABS Keycaps will last. These are double molded with an outer colored shell and then the lower shine-through shell for the RGB. These keycaps also have the specific Razer font on them, which is a rather soft and smooth font. It’s intended to help the RGB shine more, but some of the longer words are inconsistent. I do feel this is an improvement to the Huntsman Elite when comparing looks.

In terms of usage, I was sent the green clicky mechanical switches. These are extremely quick and responsive in actuation and is no doubt the fastest keyboard for typing Razer has introduced. The click is loud and distinct. As for the improved yellow switches, that will come at a later date. Actions in gaming are instantaneous and it provides more of a feeling of control when playing shooters. While the Huntsman Elite has the Opto-Mechanical Switches that uses infrared, these are the more traditional mechanical switches that should help even more with battery life. With a true aluminum chassis and exterior, even the body feels durable. 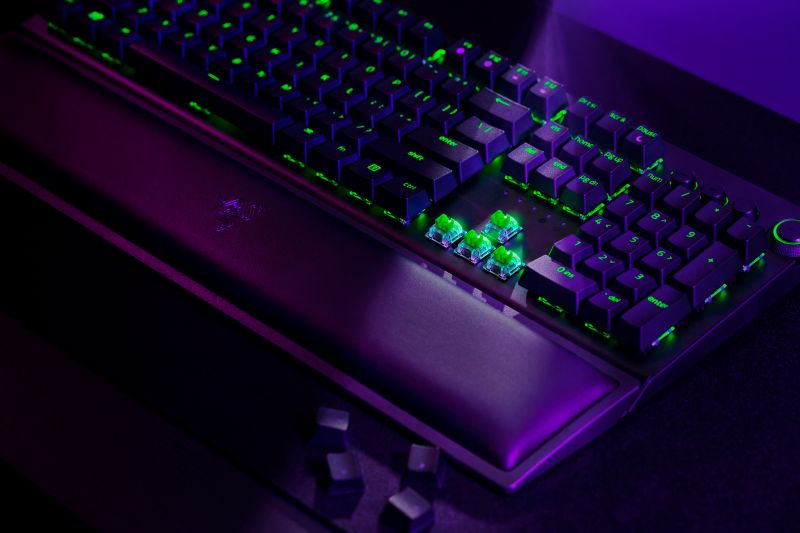 The Huntsman Elite has been my go-to keyboard since its release, but the Razer BlackWidow V3 Pro feels like a real contender to take over. The battery life is surprisingly good with a lot of little options used to extend that. The only issue with the connection and waking up has been solved by removing potential interference, which the HyperSpeed Wireless is supposed to do on its own. The BlackWidow V3 Pro retails for $229.99, which is an extremely steep price for a gaming keyboard. The Huntsman Elite is $30 cheaper, but you are bound by cables. I love the actuation and usage involved with these switches and keys, but it’s up to consumers if they’re willing to fork out that much for a gaming keyboard that enables portability.