Crossovers are a lot of fun, watching characters from different worlds interact no matter how nonsensical it should be. The unassailable king is Smash Bros, of course, but Bounty Battle recently tried its hand at being an indie version of a multi-universe crossover.  While results were mixed (he said kindly) it’s still an incredible number of characters stuffed into a single game.  The Prisoner from Dead Cells, Thora from Jotun, Rusty from Steamworld Dig, and many, many more come together to brawl it out — thirty characters in total fighting in sixteen arenas themed after their games.  While it’s sad that the end result couldn’t live up to the concept, Bounty Battle still got a Signature Edition, and inside is the standard excellent packaging and collection of extras that’s the hallmark of the series.

As an added bonus at the end of this feature is House Flipper, which was an unexpected success on PC a couple of years ago and made its way to console this year.  Buy a derelict home, head in with sledgehammer and enough cleaning solution to be declared a chemical hazard, and turn a neglected wreck into a home worth living in.  Sell for a tidy profit and repeat, rising in your career from a person doing odd jobs for people to someone in control of their own investments.  It also got a nice Signature Edition and its unboxing is included after Bounty Battle at no additional cost to the reader.

Starting off with Bounty Battle, the box is decorated with the key art on front and an empty battlefield waiting for combatants on back.  Every Signature Edition comes with a postcard included with front and back art as well, sometimes mirroring the box and other times having its own design, and this one is a little of both.  Taking off the slipcover shows the familiar black box with its silver Signature Edition logo and resting on top inside is the individually numbered and digitally-signed mini-print. 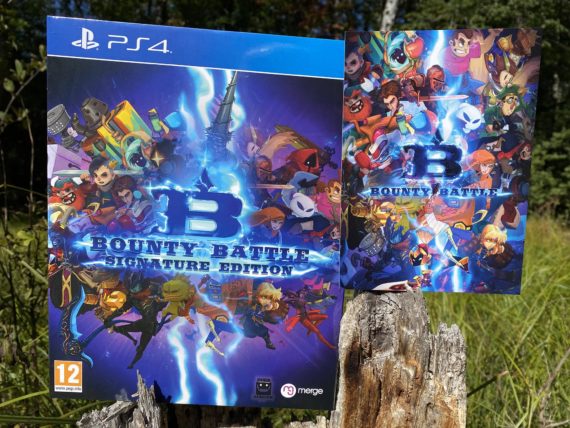 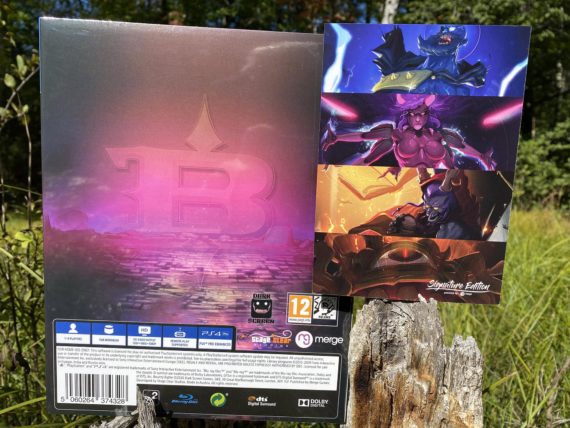 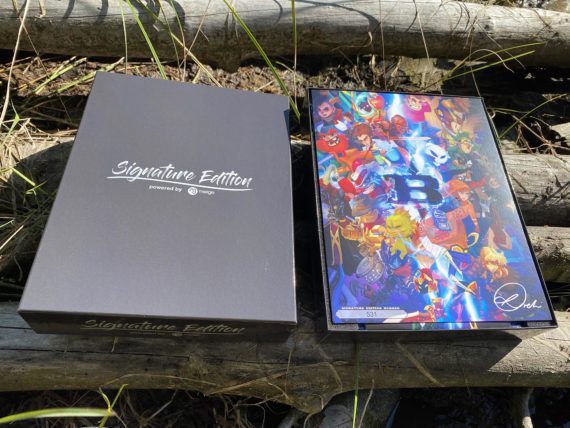 Underneath the print is an art book detailing the fighters, thirty pages long for all the characters in the game.  Each page lets you know which game the fighter is from and gives a brief rundown of the character and their game’s plot. 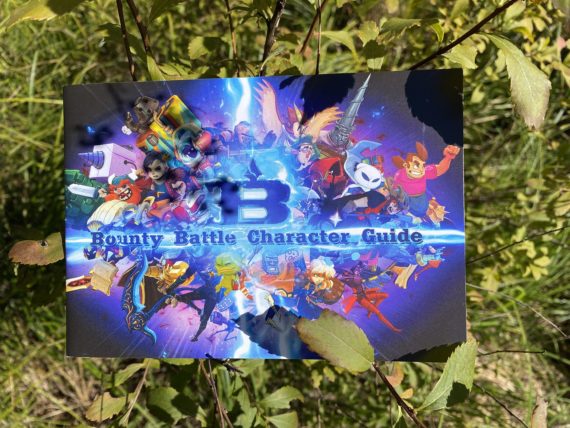 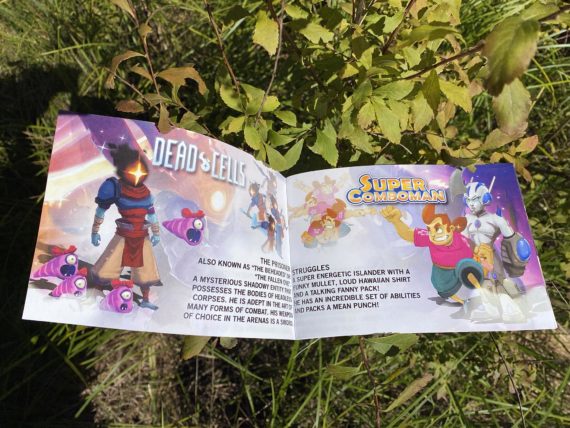 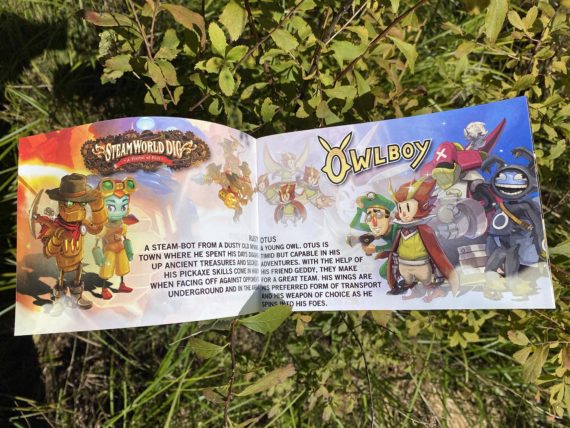 Sitting at the top of the box is a set of four pins, which for what can be assumed to be licensing reasons are all original characters from the game.  It would have been nice to get an Owlboy or Battlechasers pin but these make sense for the package. 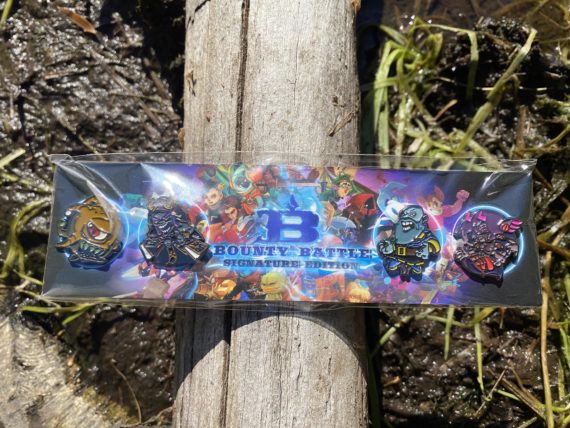 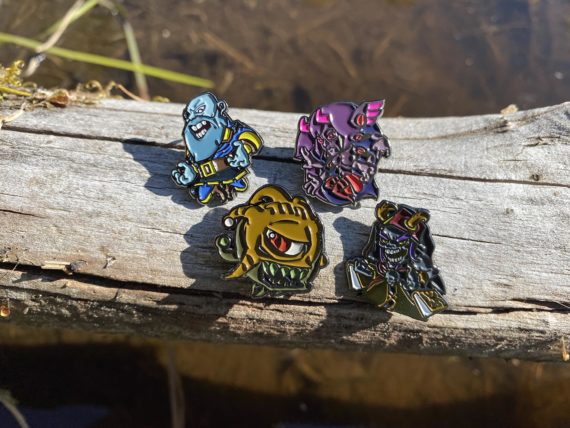 Finally comes the game, which is basically what you’d get if you purchased the regular version.  The blue PS4 case features a cover with art on both sides, and while the default gets the job done with all appropriate trade-dress, there’s no question it looks much spiffier flipped around. 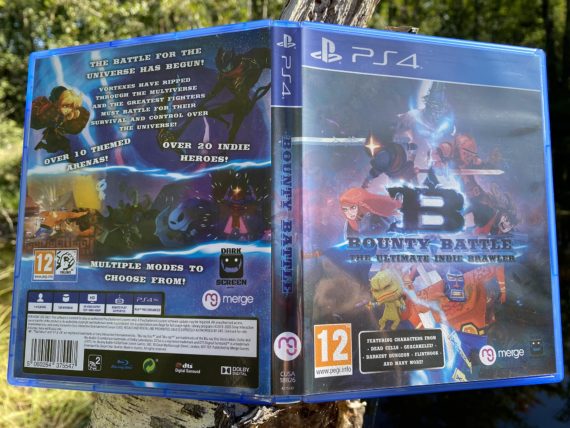 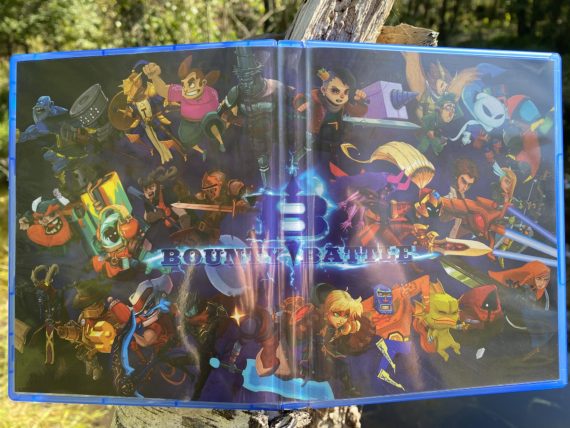 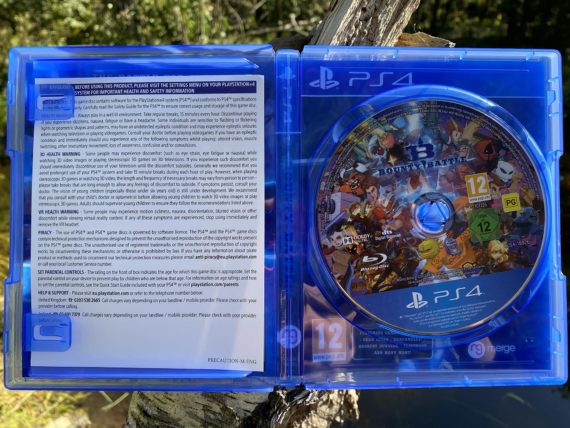 House Flipper gets the same treatment, seeing as the Signature Edition is a fairly standardized format.  Outside slipcase with box art given space to breathe, plus dual-sided postcard.  The sturdy foam padding fills up most of the box, keeping its contents snug and well protected, with the numbered signature card sitting on top of the contents beneath. 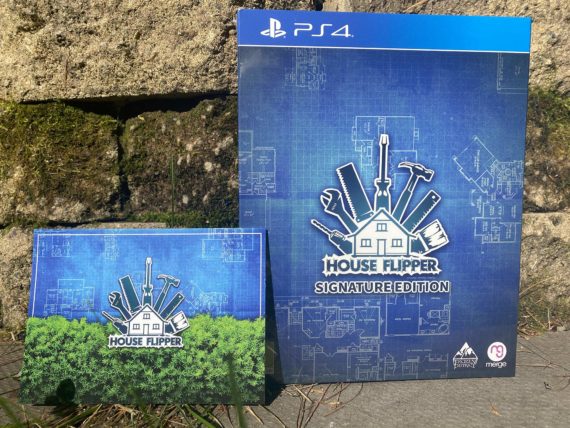 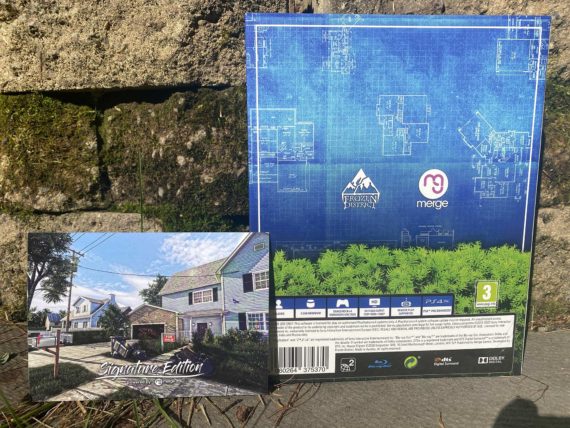 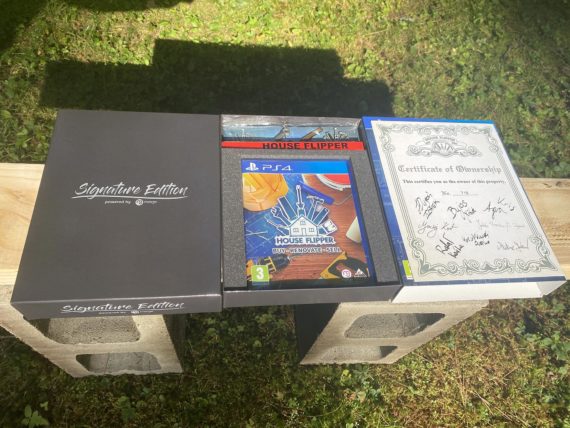 The extras for House Flipper are the usual pins, game logo and sledgehammer, and it also comes with a nice keychain as well.  One of the more fun details is that it also comes with a carpenter’s pencil, the kind designed to be whittled with a handy knife or straight-edge rather than ground to precision point by a pencil sharpener.  The actual game is just a disc in a case, nothing fancy, but it gets the job done. 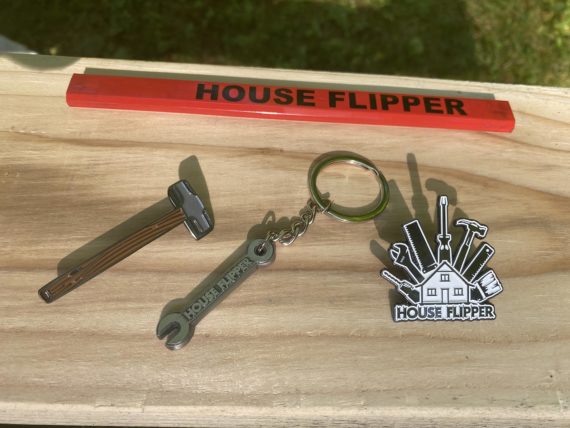 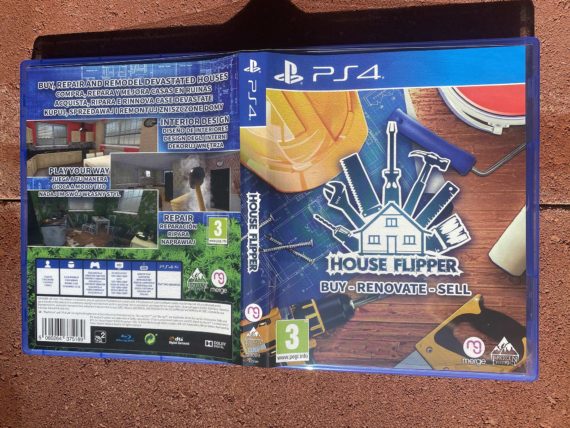 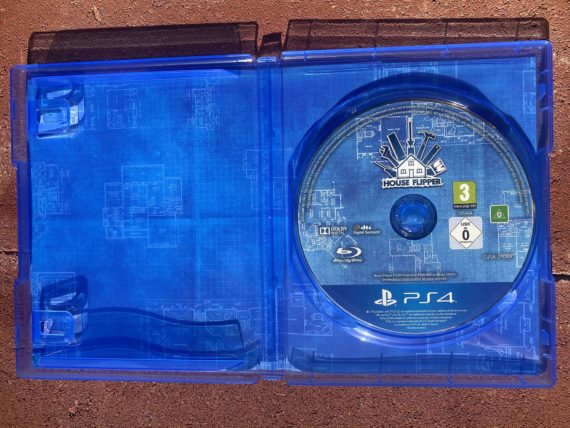 While these two may not be the highest-profile releases from Signature Edition Games, they maintain the production standards that make the series such a handsome addition to any shelf they appear on.  The box takes up a bit of extra space without being overwhelmingly huge, and when you get a couple together they all line up perfectly.  The extras inside are designed to be fun without going too overboard, which is why the series generally comes in at only about $15 over the standard non-Signature version.  If something is worth having it’s worth having the nice version, and the Signature Edition line makes that easy to do.