Nintendo’s newest entry in the battle royale genre is here and it’s already proving to be a worthy addition. Like Tetris 99 before it, Super Mario Bros. 35 takes an old game and puts a multiplayer twist on it. Both games challenge players to outlast their competition and both games force players to depart from their normal strategies. Super Mario Bros. 35 takes this a little bit further than its cousin though, since it has much more than just blocks and speed to challenge players with. Players also have more options too, making the game an entirely different kind of experience from vanilla Super Mario Bros. Here are a few ways it accomplishes this.

In normal Super Mario Bros., enemies are little more than obstacles on the path to completing each stage. They are to be ignored whenever possible and defeated whenever necessary; this is not the case in Super Mario Bros. 35. Enemies are indeed still an obstacle, but they’re also an invaluable resource. Each enemy defeated awards players with both precious time and a weapon to send into another player’s game. So where one would normally just skip over a group of enemies, now they’d be better stopping to take them all out. This is especially true as players get knocked-out and the match enters its final phase. Take out those enemies; it’s worth it! 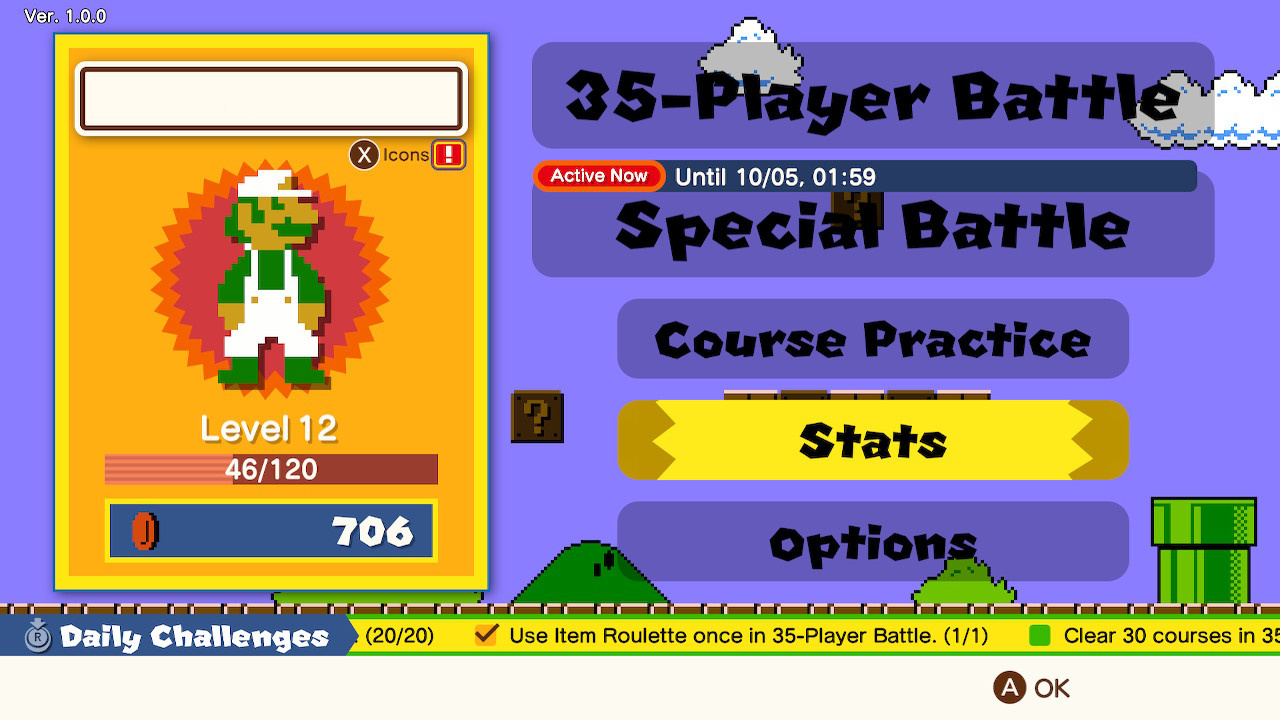 Speed is good, Time is better

Normal Super Mario Bros. rewards speed completions with more points. It can be dangerous to be sure, but players familiar with the courses are rewarded for challenging themselves. This is not necessarily true in Super Mario Bros. 35. Sprinting is doable in this game, but doing so can easily result in a depleted timer. Taking time to knock out enemies and find extra power-ups is what keeps players alive in Super Mario Bros. 35, so sprinting through a stage normally isn’t advisable. It’s only when facing a hazardous bit of platforming or Bowser that players will want to speed up a bit and only when not being targeted. Otherwise, one can quickly get knocked out by piranha plants placed on a critical platform.

The Fire Flower is King

The power star has long been the most valuable and powerful of Mario’s power-ups. Touching one makes Mario invulnerable, so it only makes sense, right? Despite still being powerful in Super Mario Bros. 35, the power star is no longer the best item one can find; that distinction belongs to the fire flower now. Power stars are strong, but they have no longevity. Fire flowers, on the other hand, can kill just as easily and will last as long as Mario doesn’t take a hit. The power-up not just convenient, it’s essential. With a fire flower, players can defeat large numbers of enemies easily and net themselves a lot of extra time. It’s not just a convenient item anymore. 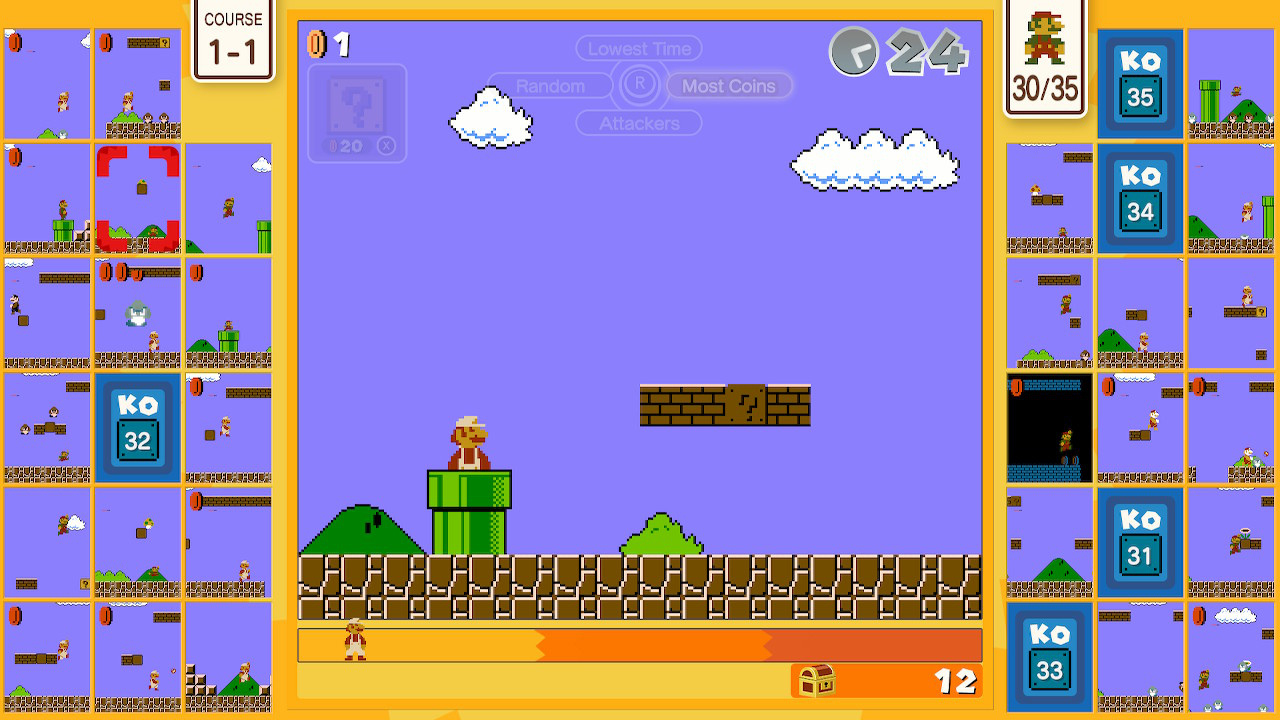 It’s incredible to see what well thought out multiplayer can do for even the oldest of games. Super Mario Bros. is a classic, but it’s also a game just about everyone is familiar with. Its normal version is still fun, but its days of delivering platforming thrills are over. In Super Mario Bros. 35 though, that thrill is back! Every run through its familiar stages is different and players must constantly be on their toes lest they get bonked by an extremely aggressive hammer bro in the final minute. This is still classic Mario at its core, but it’s also a new kind of Mario experience and something fans should jump-in and try.

Hearing the “hurry up” chime in Super Mario Bros. has always been a little nerve-wracking, but it takes on new meaning here. When the chime sounds in Super Mario Bros. 35, it’s end-game time. Three people frantically run for the top spots while enemies are flung back-and-forth at an ever greater pace. If that’s not crazy enough, the timer speeds up and enemies become all kinds of aggressive. There’s no bypassing hammer bros and bloopers after the “hurry up” sounds. Either knock ’em out or watch them chase Mario to the end of the stage!