Baldur’s Gate and its sequel are considered some of the greatest RPGs of the early 2000s, but it’s been about twenty years since we’ve seen any new titles from this series. Originally developed by Bioware and Black Isle Studios, hearing that the third entry would be developed by a new studio is normally troubling news but since the newcomer in question is Larian Studios this quelled any fears that it would be handled by a company that doesn’t understand the finer points of making a great RPG. Baldur’s Gate 3 is now out in Early Access, and while this version will not show what the final incarnation of the game will be, we couldn’t resist diving into the work in progress to see how things are developing.

Not long after booting up Baldur’s Gate 3 we are treated to a gorgeous and horrific cinematic experience. Mind flayers are not known for their ethical and kind treatment of humanoid races, and the intro movie shows in visceral detail some of the horrors they inflict on their captives. After that we are treated to a glorious cinematic battle between a mind flayer ship and dragon riders. Cinematic action of this graphic caliber wasn’t something expected with this title, but what we witnessed in the introductory scenes is Larian Studios has blended top notch cinematics with traditional isometric RPG gameplay.

Getting into the RPG mechanics, the character creation process can be involved should the player choose to. Larian recently revealed the multiple races and classes that will be available in the Early Access, and even with not all the features available at this time, there’s much that can be done for character customization. While it’s easy to agonize over what character to create while sifting through the sixteen races and six classes one should remember that this is just the Early Access build that only offers a portion of Baldur’s Gate 3. The details of the available heads are nearly photorealistic in quality, giving the option for the player to try to make a character that looks like themselves or a loved one, though in this case with a Mephistopheles Tiefling it would be with the addition of devil horns and elf ears. As such, the relative short playthrough time encourages players to complete multiple choices with different character types to experience the different scenarios and reactions from NPCs. 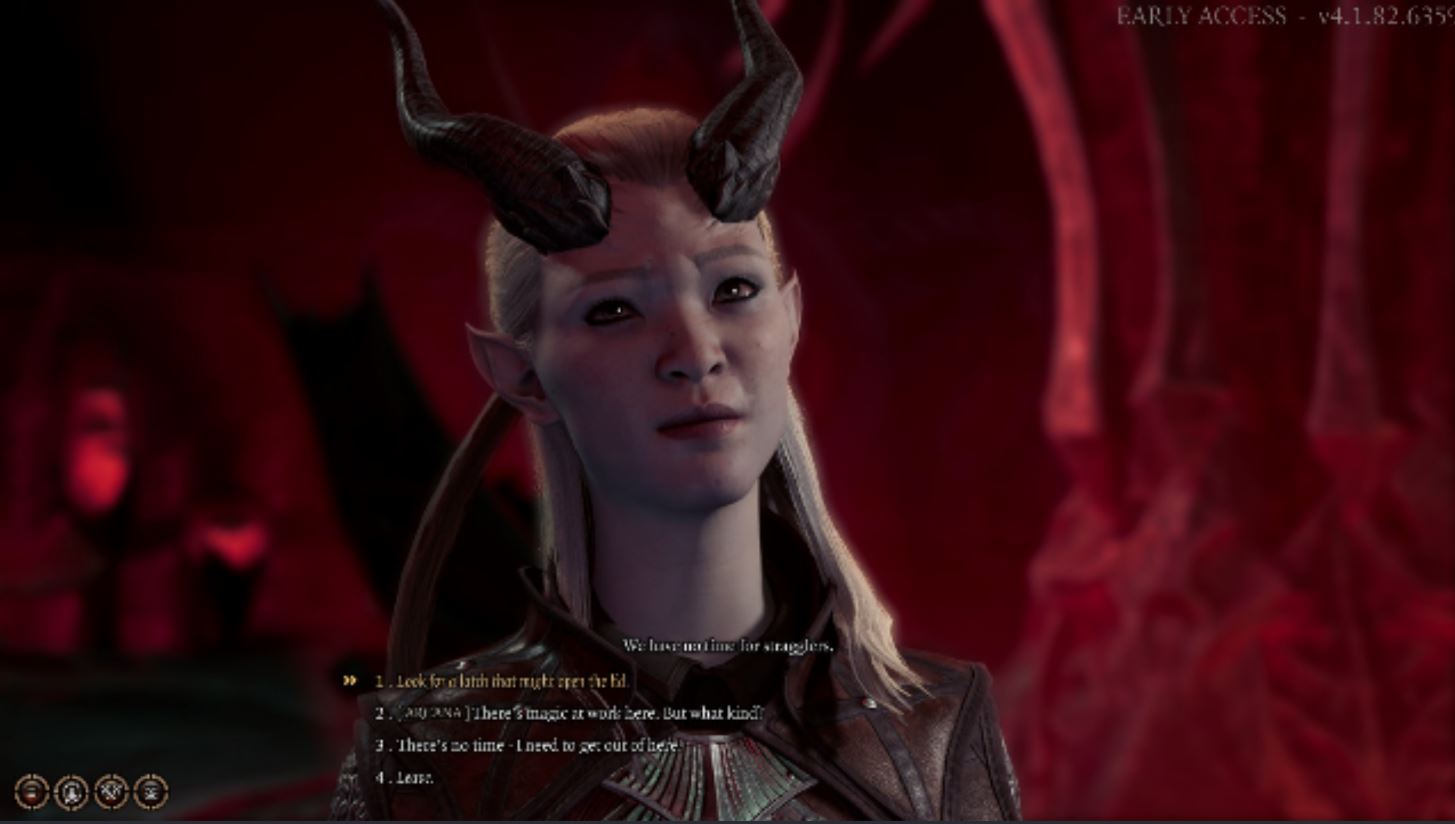 Baldur’s Gate 3 moves in between the cinematics and isometric mode seamlessly, allowing the traditional perspective for exploration and combat but the dialogue sequences are more cinematic. These sequences offer the player multiple choices that can have grave consequences, which only adds to the reasons to replay the Early Access build multiple times. Save someone or leave them to die? Follow a seemingly trustworthy new companion or pre-emptively kill them? These type of decisions allow for a unique experience with every new character. Exploration of the world will mostly feel familiar to people familiar with isometric RPGs and the jump command is a useful way to reach otherwise inaccessible locations. Battle is turn based, with each character having limited resources for movement and battle commands. The prospect of experimenting with different character classes and races can almost cause choice paralysis in choosing which character to create. One way that could improve combat is adding a delay option as sometimes when a character’s turn comes up there aren’t any viable actions to take, but that one suggestion aside combat is a rewarding turn-based tactical affair. One thing that fans of tabletop Dungeons and Dragons can appreciate is a d20 can appear during ability checks or when a character score a critical hit.

Anyone who has played Divinity: Original Sin 2 will notice similarities between that title and Baldur’s Gate 3, but that’s hardly a bad thing. Inventory management, heads up display, character creation, dialogue choices with consequences and game mechanics will feel familiar to veterans of Divinity, and there are even some parallels in the prologue story between the two games. While having these similarities, Baldur’s Gate 3 is firmly grounded in the lore of Forgotten Realms and feels like a proper successor to the Baldur’s Gate franchise. 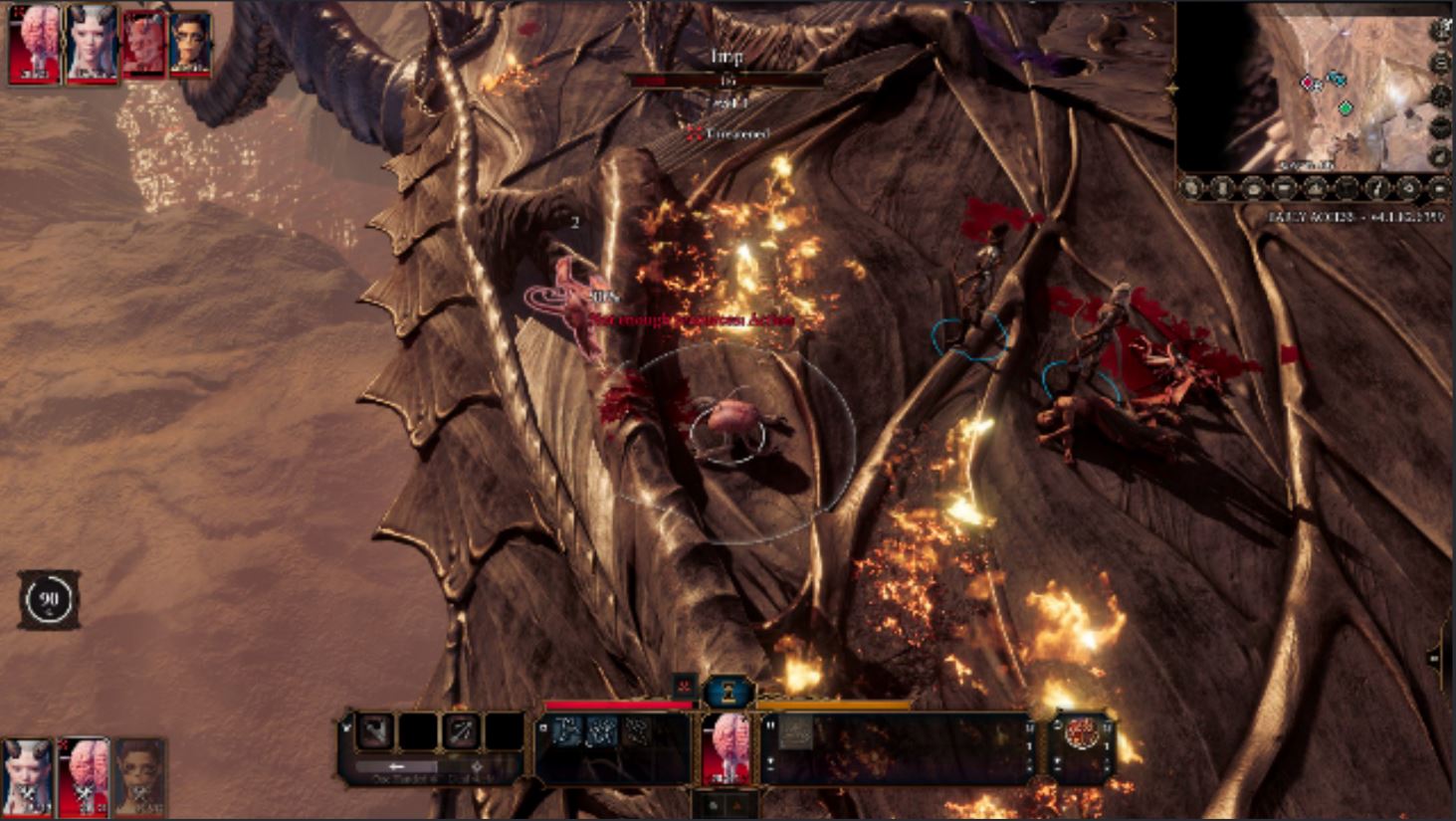 As a long-awaited sequel, Baldur’s Gate 3 has a lot to live up to, but the short time with the Early Access build suggests that it’s in good hands with Larian Studios. This pre-release build is available now on PC through GOG and Steam along with Stadia and offers about 25 hours worth of content. As with all Early Access games, significant changes can be made between now and final product but from what we’ve been able to play, Baldur’s Gate 3 is shaping up to be an amazing RPG with single player and multiplayer options through online co-op and LAN. With the relatively short time (by RPG standards) needed to complete the available content, multiple playthroughs are encouraged to experience the game in multiple ways with different character builds and gameplay choices.