Over eight years ago, Watch Dogs was announced to incredible anticipation as it promised to usher in true next generation visuals and an open world that looked ripe for exploration thanks to Aiden Pearce’s hacking capabilities. Cut to 2020 where we have the third installment in the franchise coming out in a few short weeks. While Ubisoft still hasn’t exactly achieved the same level of hype the series once had when it comes to its graphical fidelity, they are doing quite a bit with the technology they’re given, offering one of the most beautifully-rendered dystopian worlds. We got our hands on the game back in July, but it was a mere chunk of what Legion has to offer. Thankfully, we were able to get even more time with the game, and while there’s concerns regarding mission structure, there are moments in here that had us ecstatic to jump back into this depressingly-oppressed version of London.

A few months ago we were able to play a section of the game that centered on Albion CEO Nigel Cass, but this time we get a deeper look at crime lord (and essentially slave driver) Mary Kelly. She’s a ruthless overlord who has no trouble dealing with anyone who gets in her way, be it members of Dedsec or even pesky detectives sticking their noses in the wrong places. Mary is one of the major antagonists you will have to take down through your time in Watch Dogs: Legion, and one that will no doubt be satisfying to give her dues. She has such a cocky, flippant attitude and feels even more threatening than Nigel. The core storytelling element we took away from our time with the build was that you will need to make friends in some of the most unlikely of places. It not only explores the ideas of people from the dark web helping you, but from the police force as well. The whole premise of recruiting and playing as anyone comes full circle as it would seem everyone is unhappy with the current situation in London. The story itself is the most appealing part of Watch Dogs: Legion, because to be ruthlessly honest, the gameplay seems to be stuck in a bit of an unfortunate loop. 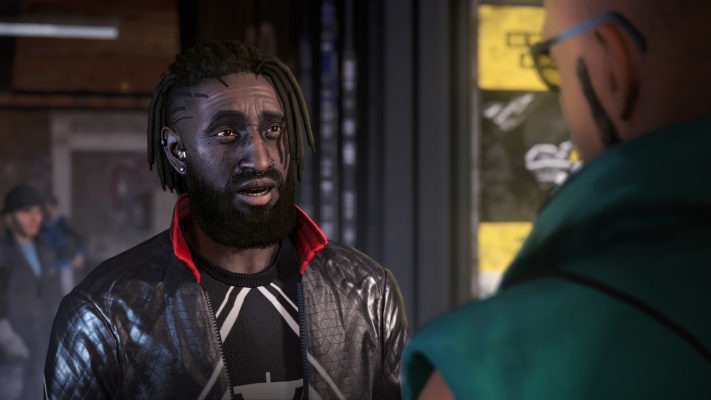 While we only got four hours with the game, one thing that was apparent was the repetition. Our biggest concern with Watch Dogs: Legion is the mission structure. While there’s a vast London to explore, the majority of the tasks we were assigned to carry out were simply go to an area and hack into a server or terminal, be it remotely or in person. It’s not entirely the only thing to do, as there was one mission that required to take a photo to identify faces, and another where you had to traverse a maze of vents and platforms as a spiderbot, but even then, they required some sort of sizable amount on hacking before or after. Obvious that’s the name of the game, but hopefully it isn’t done to an excessive amount. We’re still waiting for a forced car chase. There was a significant prominence of hacking mini-games as well. We got a sneak peek at them in the past, but they’re even larger and more complex than a small rigged apartment. The problem is, while there’s variety to them and aspects such as nodes that will reset after a certain amount of time, it all amounts to the same mini-game. Hopefully there’s more than this as, while it’s fun to figure out a puzzle, you can only do it so many times before it becomes grating. Obviously, this is an open world so there are plenty of activities in the world to partake in, such as a soccer kick-up mini-game and darts (which is a lot more challenging with a little bit of liquor in your system). It’s a matter of going off the beaten path and exploring the beautifully disturbing take of London.

With that said, there was one mission at the end of our session that impressed us greatly. It takes away your hacking functionality and focuses purely on exploration and storytelling. This is exactly what Watch Dogs: Legion needs more of, as while there’s plenty of fascinating dystopian ideas, a lot of our experience with the game thus far has been more of a focus on the hacking technology. Being able to dig into the lore and characters who made a change in the world, be it for better or worse, is surprisingly satisfying. You don’t always need to go guns blazing or have stealth quests. This mission combines both the human and technology sides of things, as you bear witness to the horrendous acts science has taken for the sake of “evolution.” This mission alone has got us fired up to see more of what Watch Dogs: Legion has to offer. 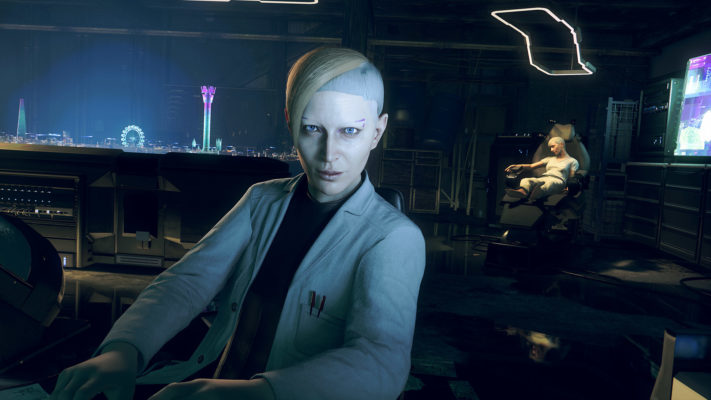 Mechanically speaking, not a whole lot has changed in terms of gameplay. You’ll be driving around London and engaging in both fist and gun fights, although we found that an enemy doesn’t generally use lethal force until you pull out a firearm. The biggest change from when we played it back in July, though, is that it’s apparent that the difficulty has been upped drastically. Previously, we had to actively try and put ourselves in life threatening danger, but now it’s a challenge to survive. You can’t take a whole lot of punishment on the normal difficulty, with there even being a permadeath mode available. This is a major improvement as we had to maneuver through locations with a lot more care and try not to get into any engagements. More than anything, stealth has become a better option in a lot of situations, and the spiderbot will come in handy when getting into areas and pacifying guards. Patrols and enemies have also been increased by a significant margin. Before, it took a while before anyone would answer the call of disturbance or security under fire. Now there’s so many on the road it’s hard not to accidentally run into a patrol. It truly feels like an oppressed state now and ensures you have to be more cautious with your actions.

We’re cautiously excited for Watch Dogs: Legion. This has been long in development and while our first experience with it was positive, the second time around didn’t have the same charm. The mission structure was no doubt our biggest concern whether or not Ubisoft has made enough unique quests that don’t rely too heavily on hacking, because the one mission we did play where you put down the phone was an engaging and delightful experience. We also got to see some of the new allegiances you get to make and it strengthens the ideals of London is under pearl and no one is happy with the current situation. Finally, the difficulty feels more refined, with you having to be a little more cautious when hacking or engaging with enemies as you can’t take too much punishment. There’s still more questions that need to be answered, but our time with Watch Dogs: Legion remains a positive one, as Ubisoft has created a vast world beaming with creativity and intrigue.

Watch Dogs: Legion will be available October 29 for PC, PlayStation 4 and Xbox One, with PlayStation 5 and Xbox One Series X/S versions coming at their respective launches.